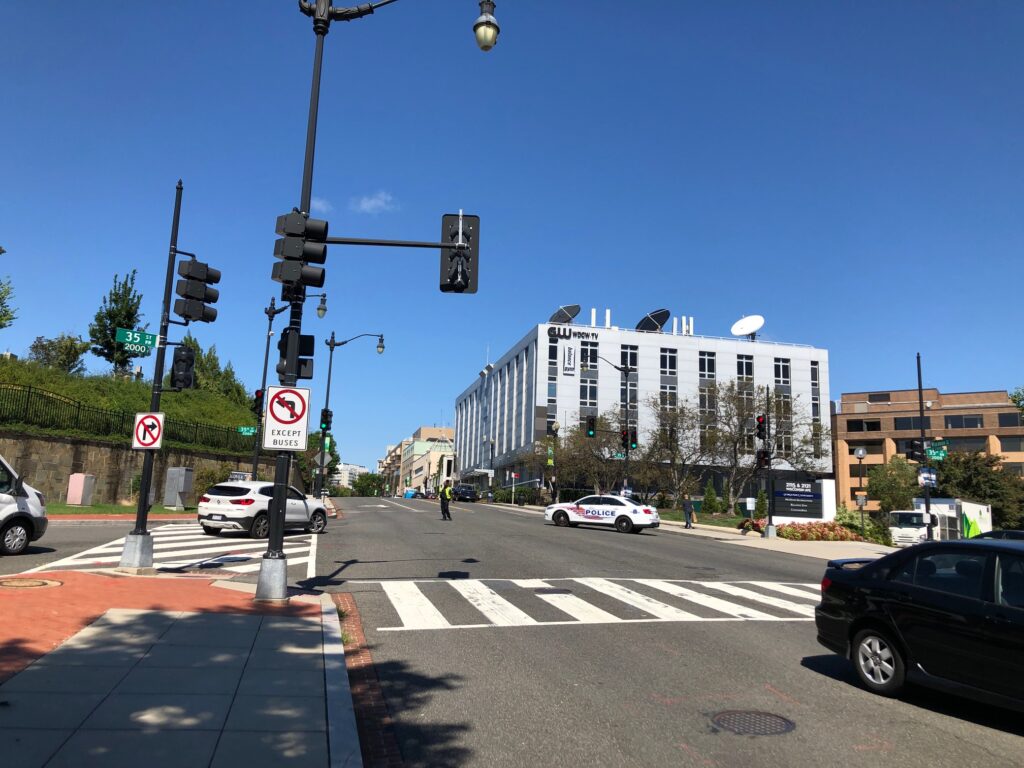 Update from a twitter follower: “Apparently, word on the street… Someone crashed into the gates of the naval observatory back entrance accessed through the alley in between sushi keiko and Washington sports club.”

From the United States Secret Service:

“Precautionary closures are in effect in the 2400 Blk of Wisconsin Ave after a vehicle collided with a security barrier. DCPoliceDept and Secret Service Uniformed Division are evaluating.” END_OF_DOCUMENT_TOKEN_TO_BE_REPLACED 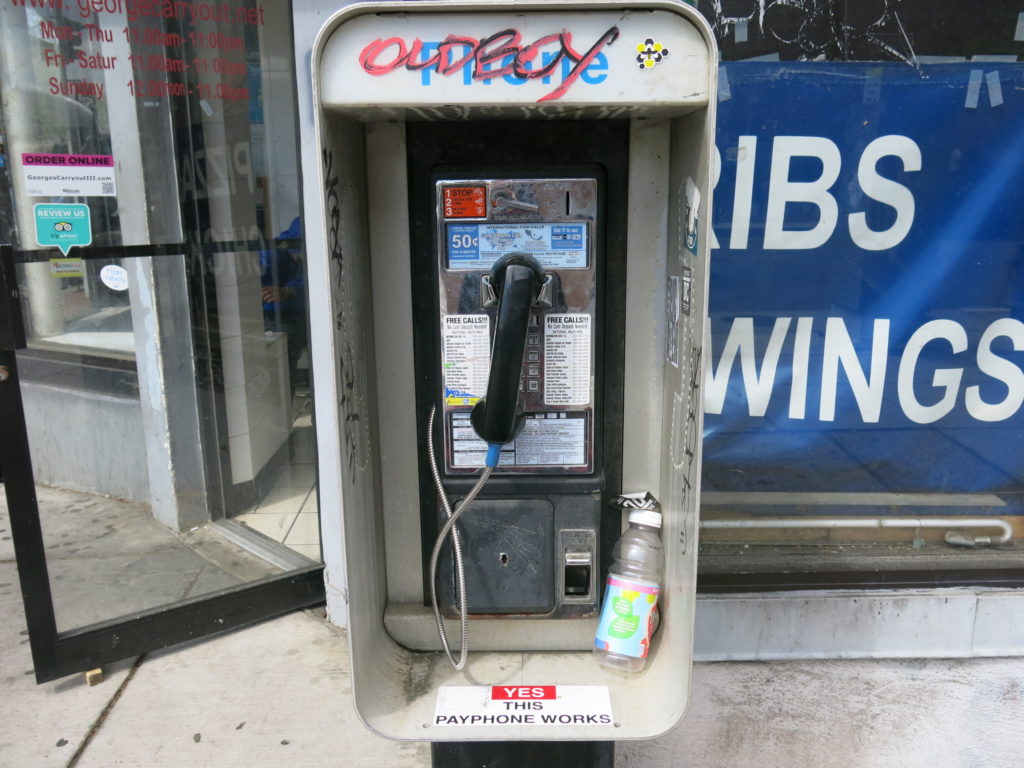 I just wanted to write in with my experience with DC 911 on Monday 12th at 3:40pm. I called 911 to report a man attempting to break into cars in broad daylight as I sat in my bay window he moved from car to car trying various doors of multiple cars. END_OF_DOCUMENT_TOKEN_TO_BE_REPLACED 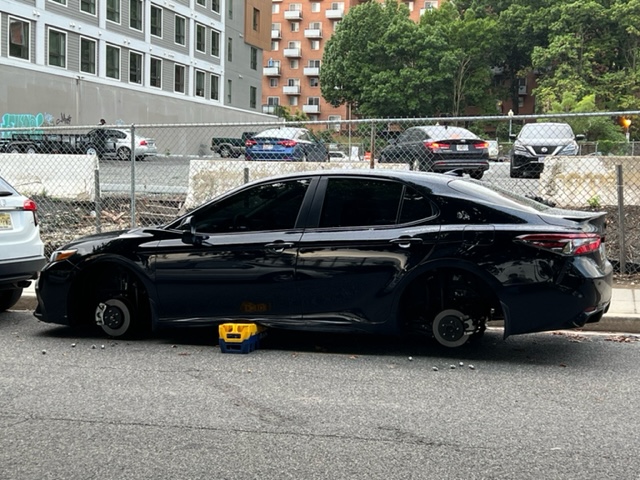 Thanks to Michelle for sending from Columbia Heights/Pleasant Plains: “They even left the lug nuts next to the car!” END_OF_DOCUMENT_TOKEN_TO_BE_REPLACED 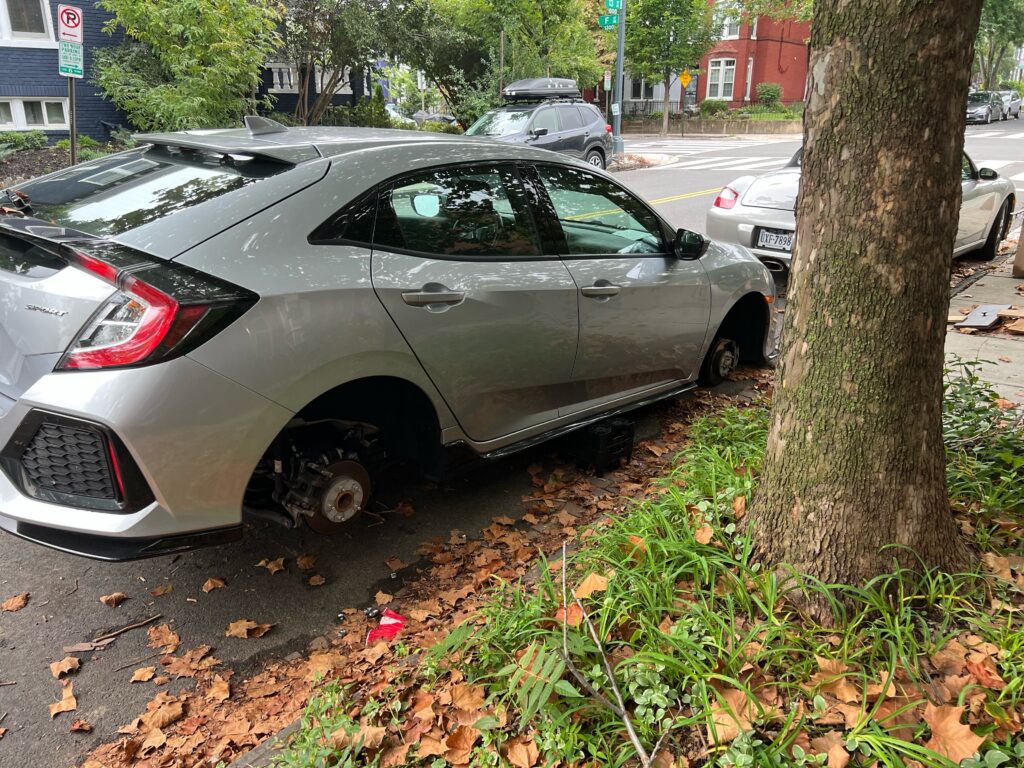 Thanks to David for sending: “Saw this one on 13th and F St, NE. Florida plates. Welcome to DC! Apparently there is another one right near here on Maryland Ave that I didn’t catch.” 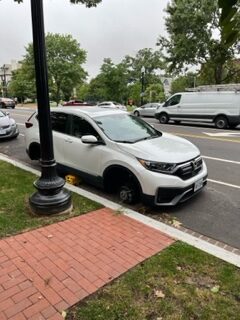 Another reader caught it: “Maryland NE between 11th and 12th”

And Emmalee writes: “our car this morning on South Carolina at Kentucky SE. END_OF_DOCUMENT_TOKEN_TO_BE_REPLACED

“Alert: Shooting Investigation at 0459 hours in the 700 block of T Street NW. END_OF_DOCUMENT_TOKEN_TO_BE_REPLACED 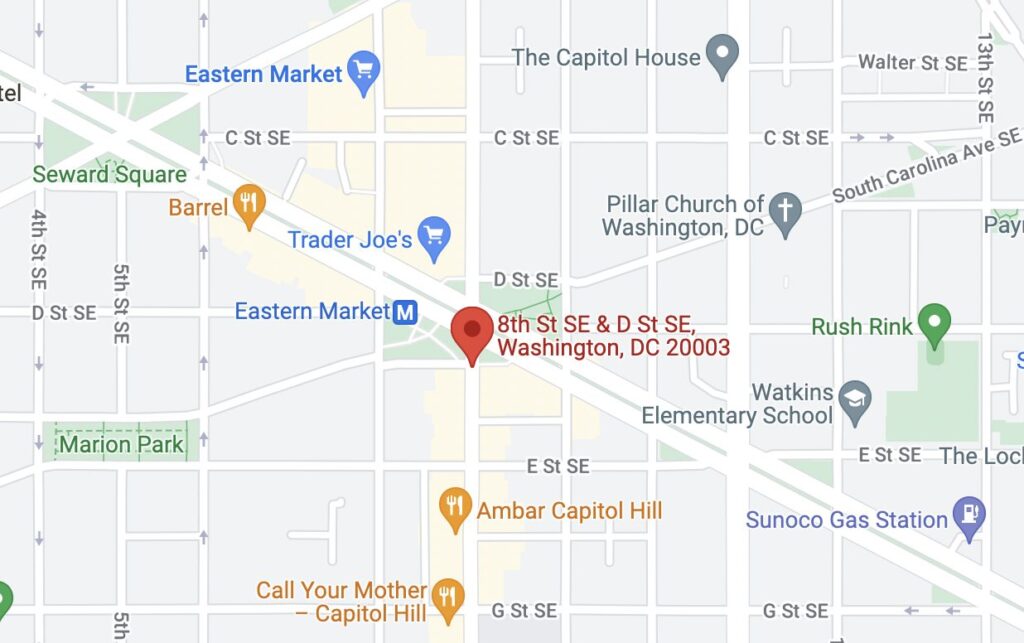 We watched (around 9:30pm Friday) a man get dragged behind his car on D Street Southeast between 8th and 9th before they turned left and dragged him onto 9th SE headed north towards East Capitol. He was able to get off the car around Independence avenue Southeast. They carjacked him at gunpoint and he tried to jump on the vehicle. END_OF_DOCUMENT_TOKEN_TO_BE_REPLACED

“Good Evening. 3D is currently investigating a Shooting at 14th & Irving St NW. An Adult Male victim sustained a gunshot wound to the leg and was transported to an area hospital in stable non-life threatening condition.

At this time we believe this was a targeted event after a dispute. END_OF_DOCUMENT_TOKEN_TO_BE_REPLACED 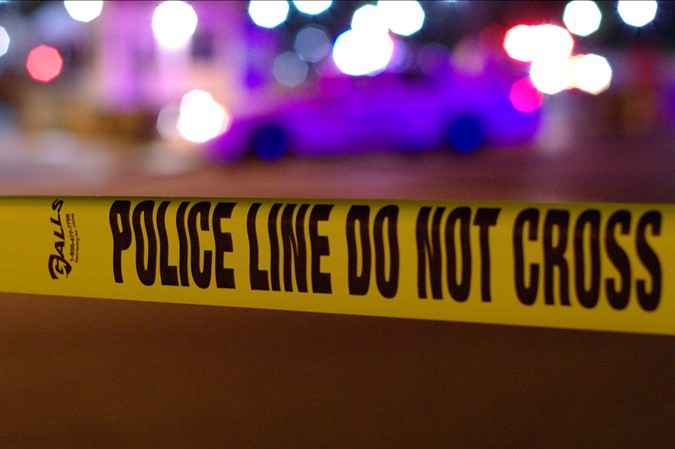 On Labor Day, I was unfortunately the victim of the gold sedan flasher (this time on 15th and Fuller in Columbia Heights). I was shocked by the situation and didn’t really think to report it, but then I saw posts about (almost certainly) the same man terrorizing women in other areas of the city. That spurred me to report the crime, primarily because I know this type of repeated behavior often escalates to more violent sex crimes, and I reached out to another victim to get the detective on the case’s phone number. The way the police handled my complaint was almost more traumatizing than the crime itself. END_OF_DOCUMENT_TOKEN_TO_BE_REPLACED 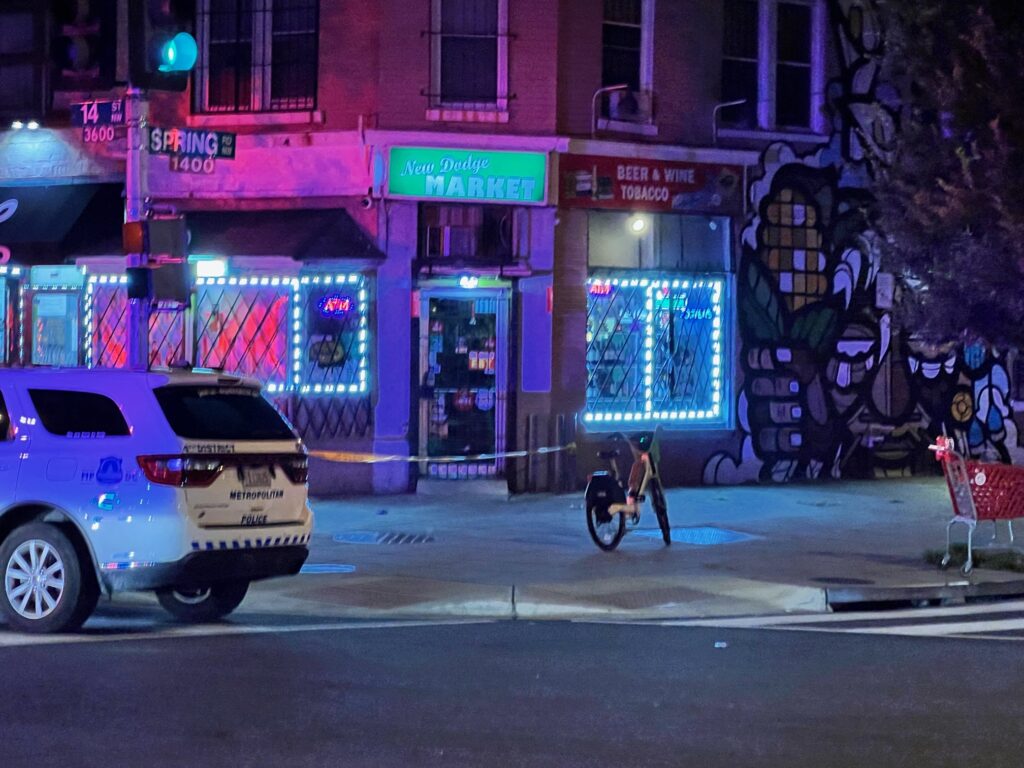 From MPD: “On 9/8/22 at approximately 10:30pm, Fourth District Members responded to the 3600 block of 14th Street, NW for the report of a shooting. Upon arrival, members located an adult male victim who had been shot in the leg. He was conscious and breathing, and was transported to an area hospital for treatment. There is no lookout at this time.

A reader reported: “Six shots were fired at the corner of 14th and Spring Road, NW. END_OF_DOCUMENT_TOKEN_TO_BE_REPLACED 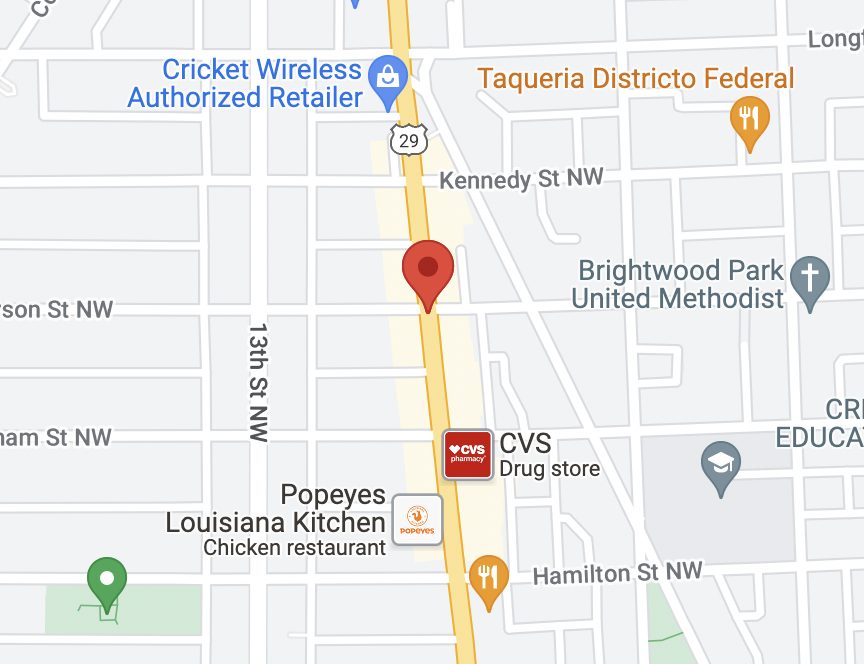 At approximately 3:58 pm, uniformed members of the Fourth District responded to the intersection of Georgia Avenue and Kennedy Street, Northwest, for the report of a person with a gun. Upon arrival, members located the suspect and attempted to make contact. The suspect brandished a handgun and fired multiple gunshots towards the officers. The suspect then forcibly entered a residence in the 1200 block of Jefferson Street, Northwest. The suspect went to the roof of the residence and refused to come down. MPD Crisis Intervention Officers, along with staff from the Department of Behavioral Health, were in communication with the suspect for several hours in an attempt to deescalate the situation. END_OF_DOCUMENT_TOKEN_TO_BE_REPLACED