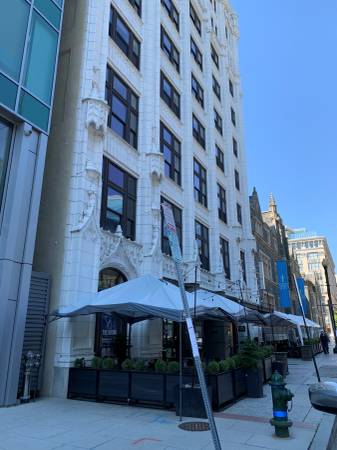 This rental is located at 916 G ST NW near 9 and G ST NW. The Craigslist ad says: 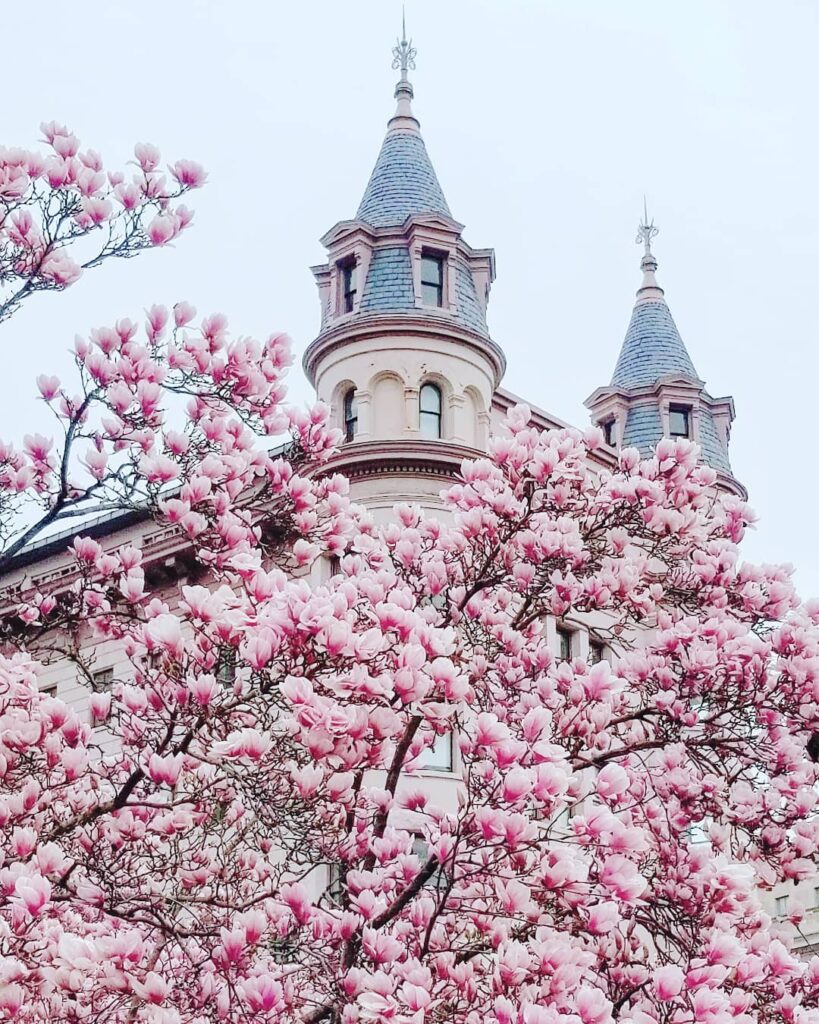 Since its construction in 1860, this late Victorian-style building in Penn Quarter has been home to St. Marc Hotel, Central National Bank, Apex liquor store, Sears, and the headquarters for National Council of Negro Women (NCNW) since 1995. NCNW was founded in 1935 by the great educator, stateswoman, and civil rights activist Mary McLeod Bethune “to lead, advocate for, and empower women of African descent, their families and communities.” 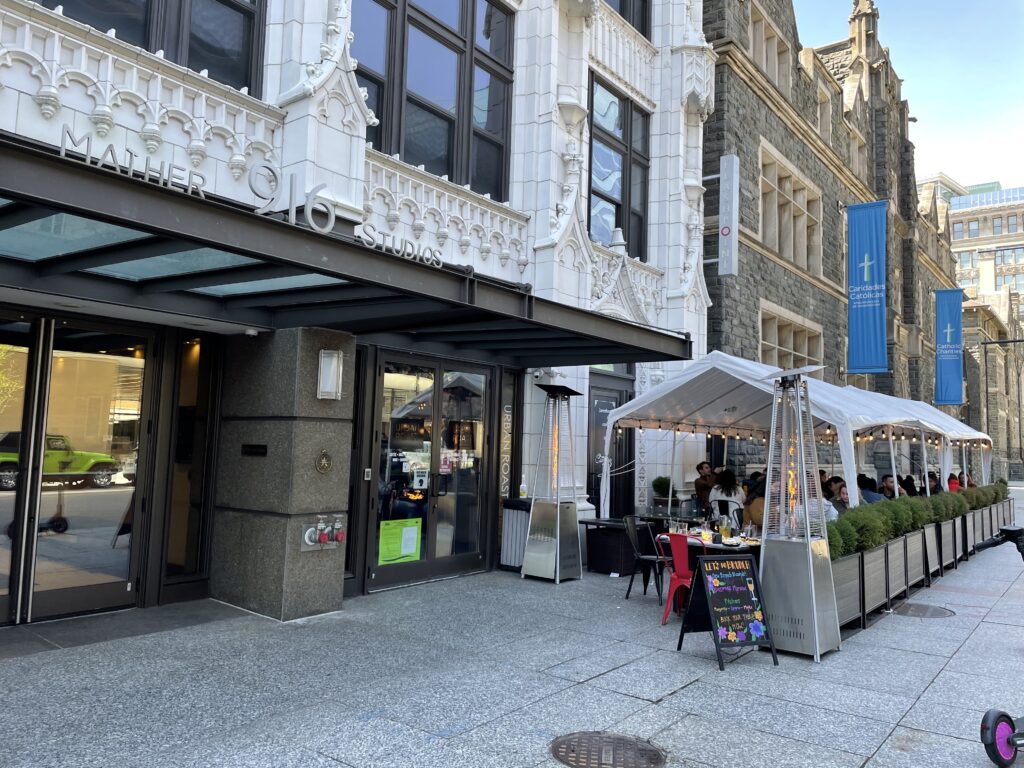 A new liquor license placard for Urban Roast et al says: “Request to change hours of operation and alcoholic beverage service. Expansion of the premises to the second floor END_OF_DOCUMENT_TOKEN_TO_BE_REPLACED 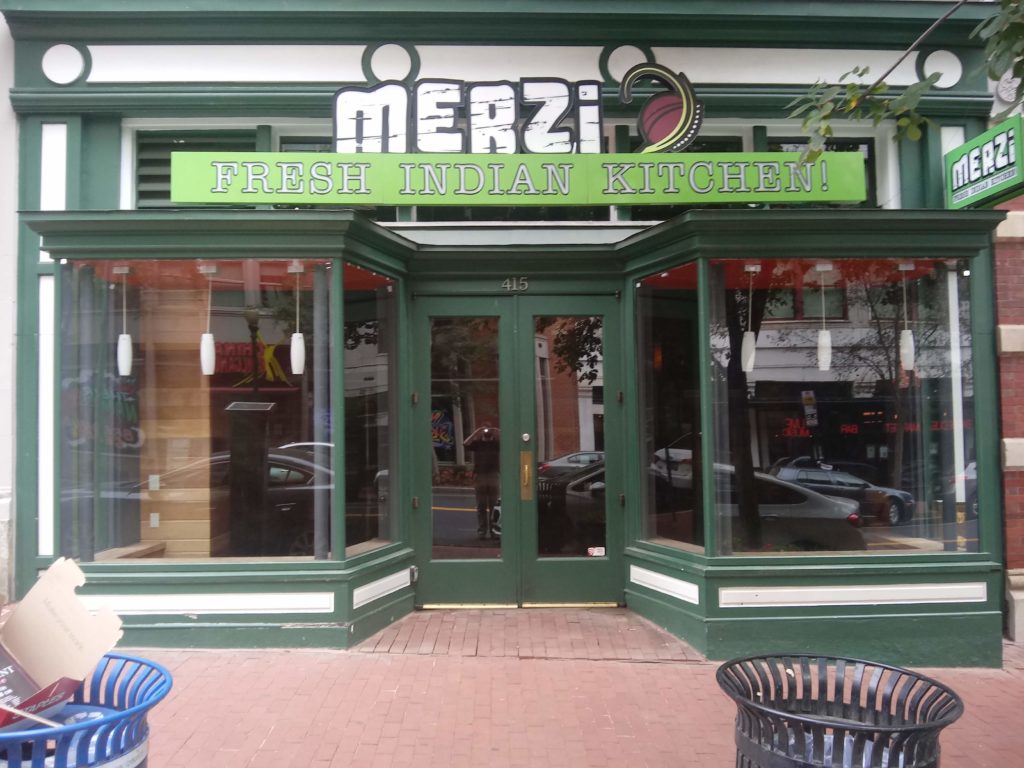 “Ashok Bajaj of Knightsbridge Restaurant Group is pleased to announce a new Bindaas Bowls & Rolls, carryout concept which will open in the fall of 2021 at 415 7th Street, NW. This 25-seat “to-go” focused sister restaurant will have a few of the popular dishes found at the original Bindaas location in Cleveland Park at 3309 Connecticut Avenue, 20008, and the downtown oasis at The Shops at 2000 PENN, 2000 Pennsylvania Avenue, NW, 20006, which reopens on Friday, April 16, after a long hiatus during COVID-19. Diners at the new Penn Quarter eatery can anticipate classic bowls and can build their own customize meal with favorite ingredients. END_OF_DOCUMENT_TOKEN_TO_BE_REPLACED 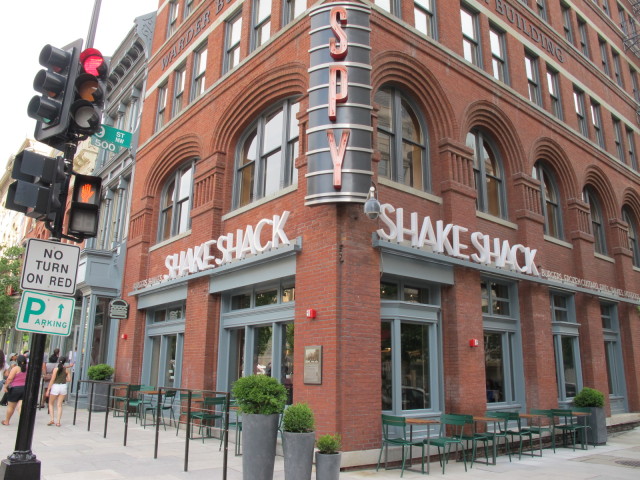 Ed. Note: This is in addition to Swingers coming to Dupont.

“Drive Shack Inc. (the “Company”) (NYSE:DS), a leading owner and operator of golf-related leisure and entertainment businesses, today announced it will bring Puttery, its newest competitive socializing and entertainment golf experience, to Penn Quarter, Washington D.C.’s premier entertainment destination. Located near the center of Penn Quarter, Puttery will transform approximately 20,000 square feet at 800 F Street, a location that until recently was the original home of the city’s iconic International Spy Museum. END_OF_DOCUMENT_TOKEN_TO_BE_REPLACED 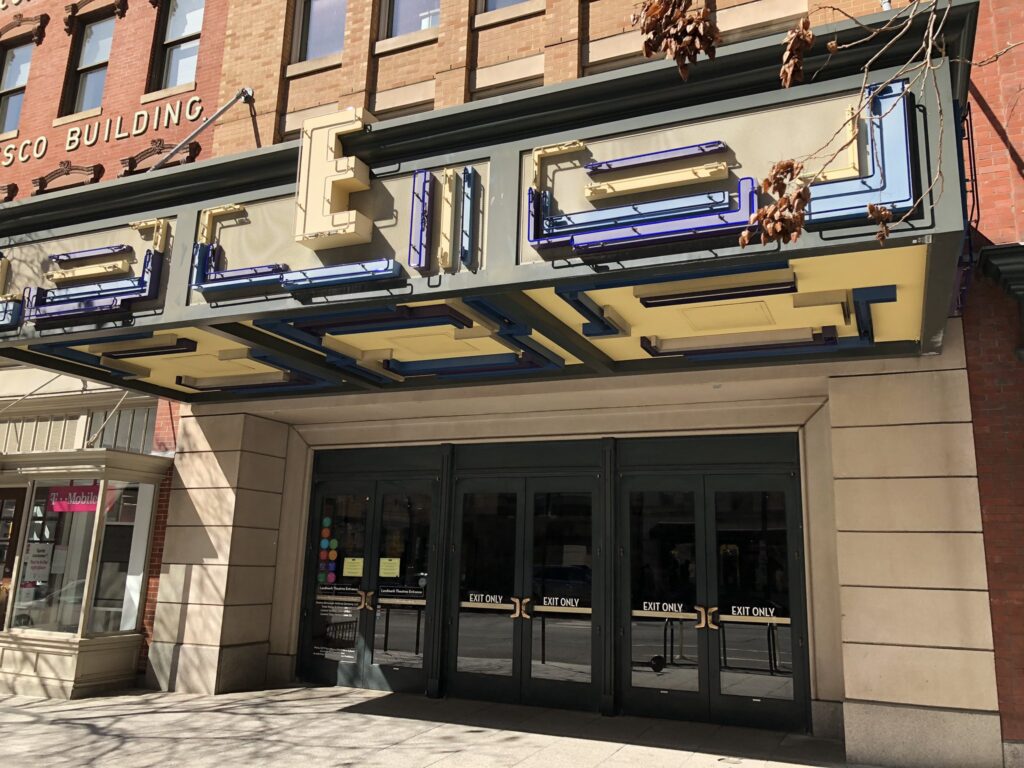 Thanks to Eric for the hopeful update on E Street Cinema: “Boards are down! Still closed though.” END_OF_DOCUMENT_TOKEN_TO_BE_REPLACED 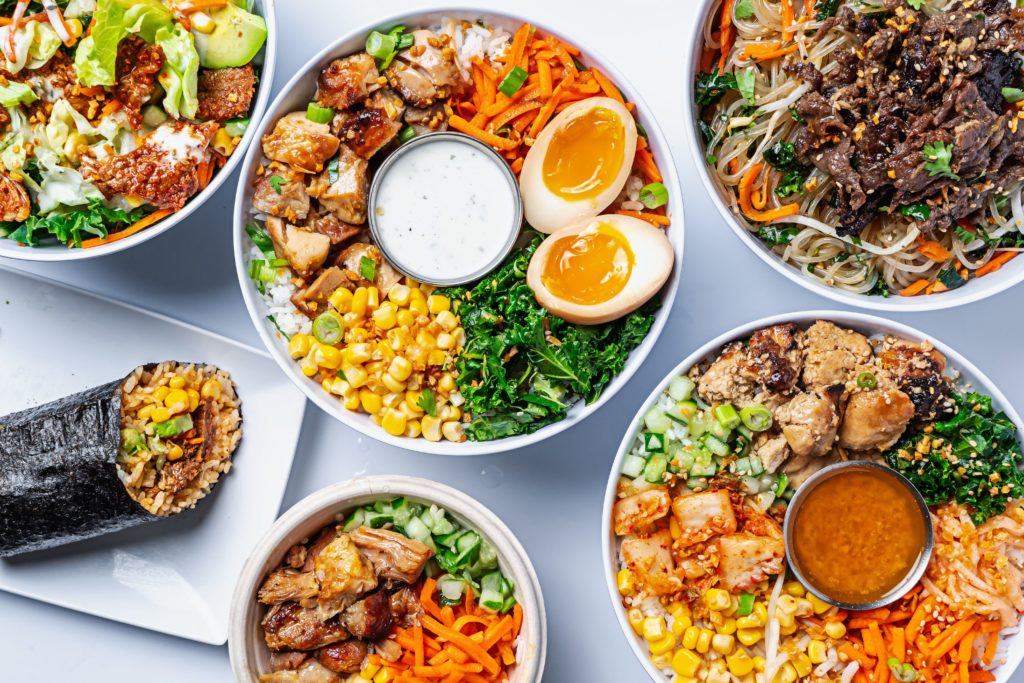 “Eric Shin, owner of SEOULSPICE, is pleased to announce the expansion of his healthy Korean comfort food concept with three new locations scheduled to open later this year. Founded in 2016, Shin opened his flagship location in the NoMa neighborhood of Washington, D.C. and expanded with additional locations in Tenleytown and College Park, Maryland, opening the following year. SEOULSPICE offers Korean-style rice bowls, kimbap burritos (Korritos), japchae noodle bowls, and salads showcasing original recipes from the Shin family, some of which have been passed down for generations. 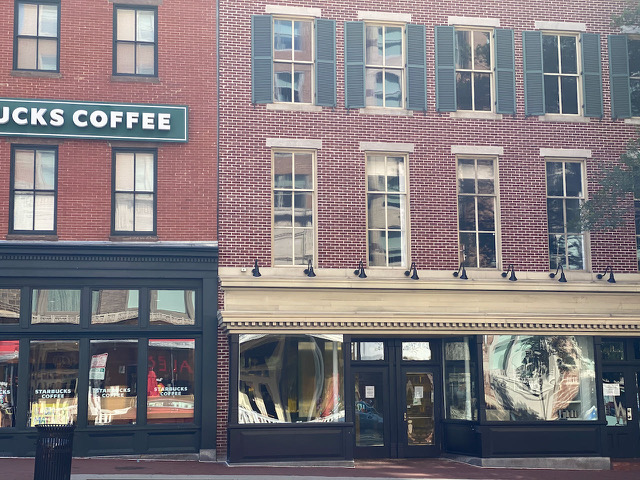 439 7th Street, NW at E Street. Ed. Note: The space next to the now closed Starbucks

The first of SEOULSPICE’s three new locations is scheduled to open in May 2021 at the Westfield Montgomery Mall Food Court (next to Chipotle). Shin has also signed a lease for more than 2,000-square-feet of space at 439 7th Street, NW, 20004, across the street from Jaleo, which is scheduled for completion in July 2021. END_OF_DOCUMENT_TOKEN_TO_BE_REPLACED 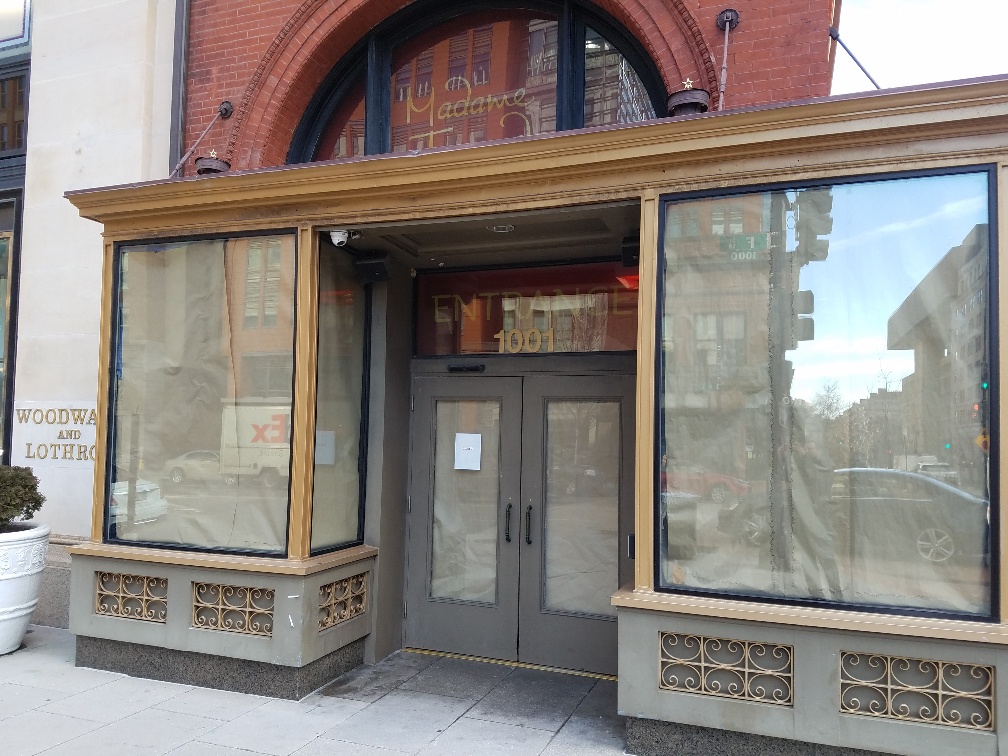 Thanks to David for sending. Madame Tussauds website still lists the D.C. location as “TEMPORARILY CLOSED”:

“In an abundance of caution, Madame Tussauds Washington, D.C. will temporarily close effective Wednesday, March 18. We will remain in contact with the authorities on when we should re-open. If you have purchased tickets for the dates when we will be closed, you may use these tickets for any future date through December 31, 2020.”

Their Facebook was last active January 21st (nobody could resist the Bernie mittens meme!) END_OF_DOCUMENT_TOKEN_TO_BE_REPLACED 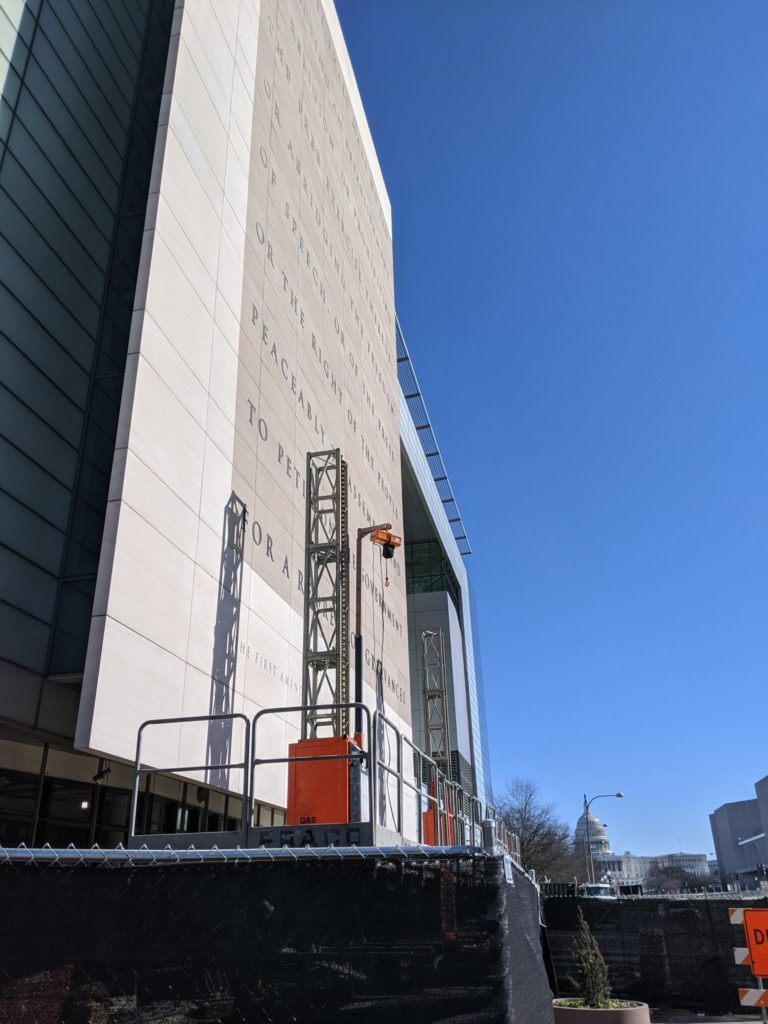 Thanks to 51pedals for sharing some photos from Thursday and Friday. Back in January 2019 we learned that Johns Hopkins University had acquired the Newseum property.

More photos of the removal of the First Amendment END_OF_DOCUMENT_TOKEN_TO_BE_REPLACED 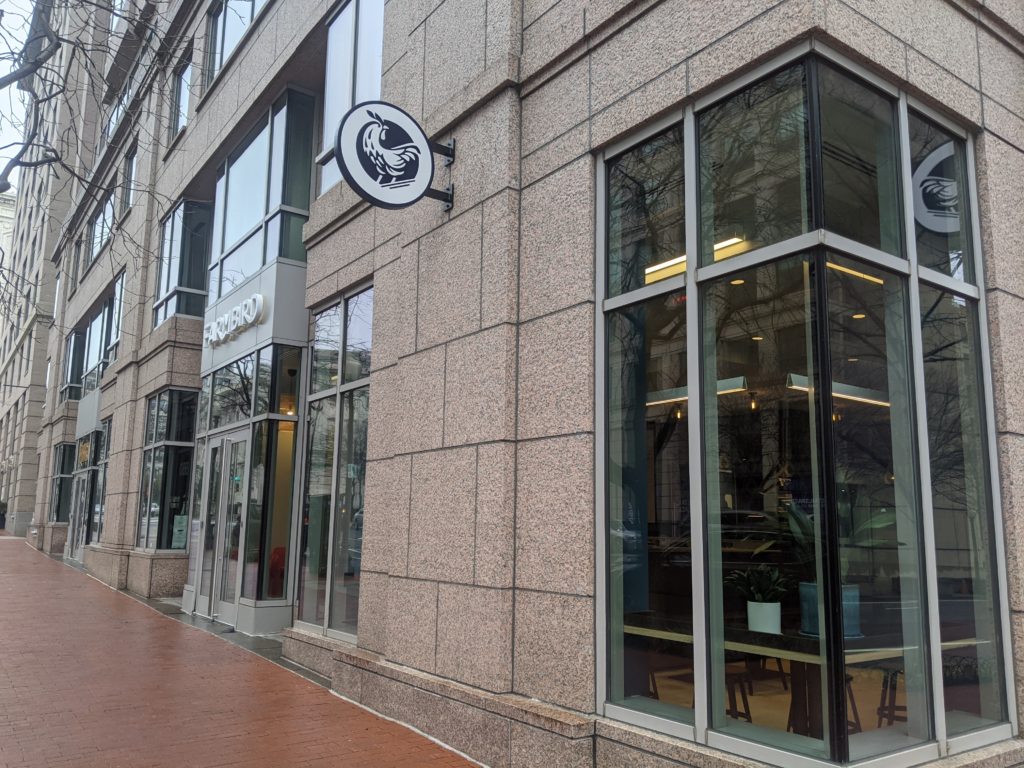 Thanks to FBorries for letting us know that Farmbird’s Penn Quarter location has opened.

Farmbird opened their first location on H Street, NE back in 2017.