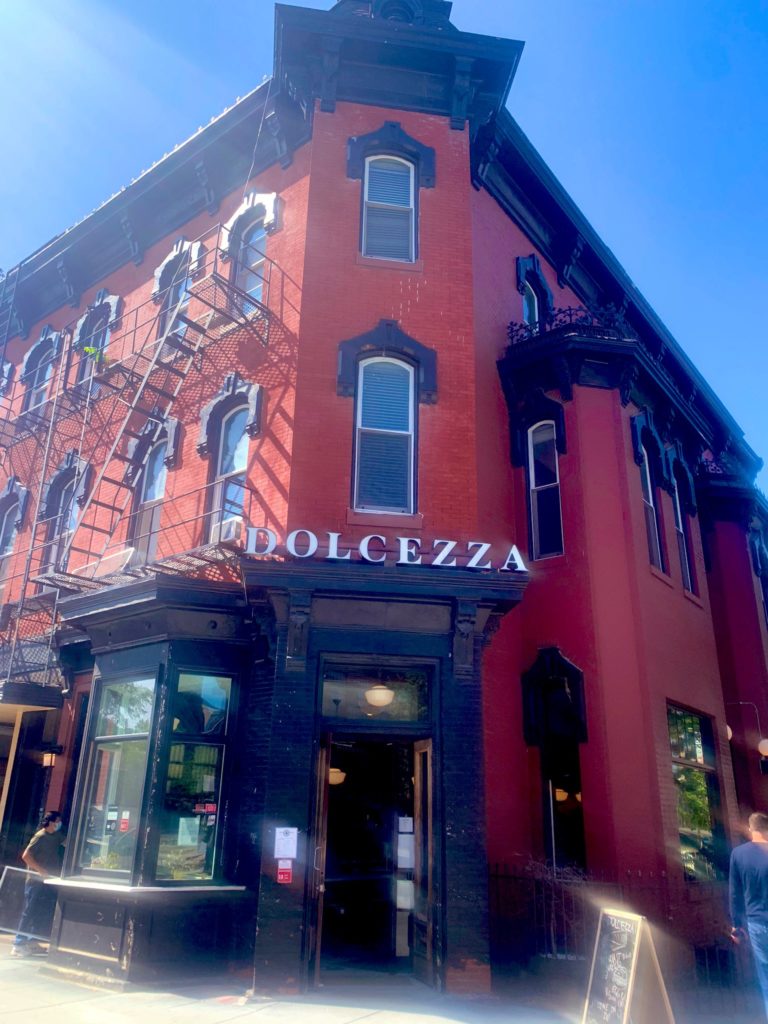 Earlier this week I started to get multiple sad reader reports:

“I was just at the Dolcezza at 14th and P and heard the Barista say that they are closing that location soon.”

I was really hoping for a false alarm when I didn’t hear back from emails sent. Alas, I placed a call to the Logan location and they confirm that Dolcezza’s last day in Logan Circle will likely be Thursday October 1st. This is terrible, terrible news. END_OF_DOCUMENT_TOKEN_TO_BE_REPLACED 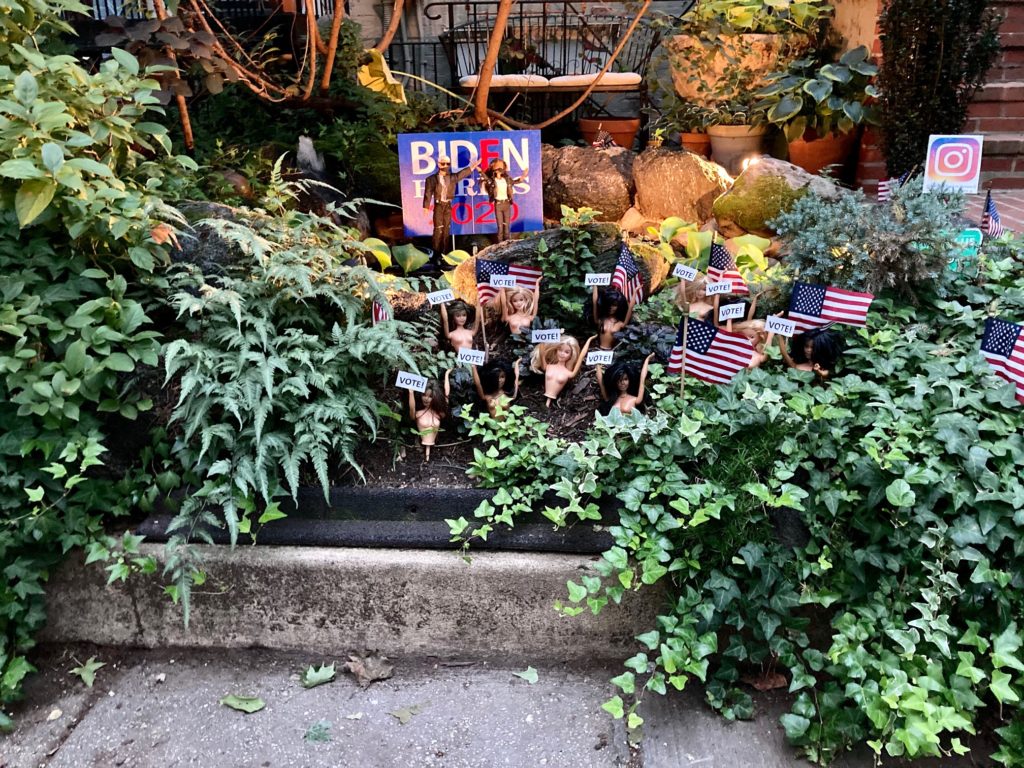 Thanks to Paul for sending the latest from Q Street: “Barbies Endorsement was never in question.” 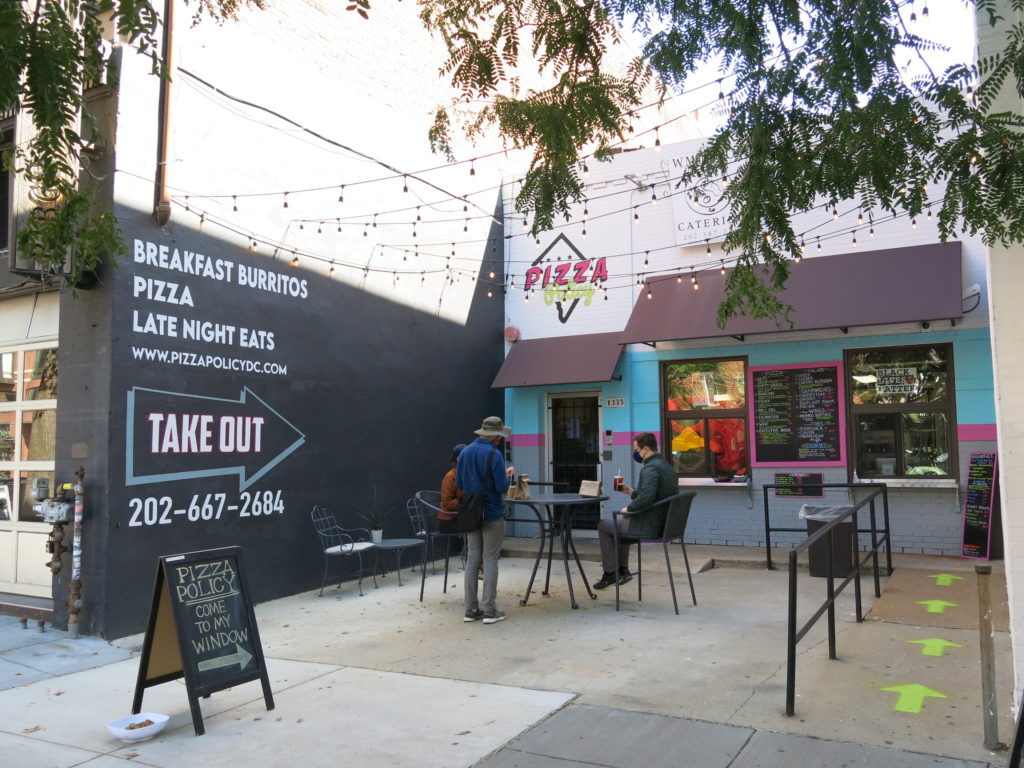 Thanks to a reader for sending word about a new pizza option in Logan Circle. Pizza Policy’s website says:

“Our company has been around for over 29 years and we are thrilled to finally bring our food to the streets! By following our motto “offend them with flavor by using the freshest ingredients” W. Millar & Co. is thrilled to present Bub’s Burritos, Pizza Policy & Late Night Eats, bringing great food to the people of Logan Circle.” 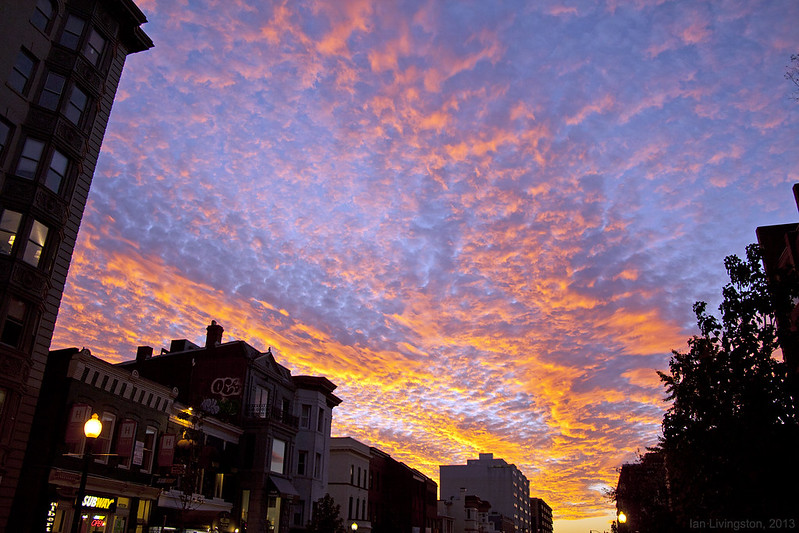 I was outside of Starbucks on P Street Sunday waiting for my partner near a man who was sitting and loudly, not forcefully, asking for help/money. A male server from Logan Tavern with a purple handkerchief walked up to him, gave him some cash, knelt down to give him a hug and the two shared some seemingly meaningful conversation. It really was the best display of human compassion I’ve seen in a long time.” 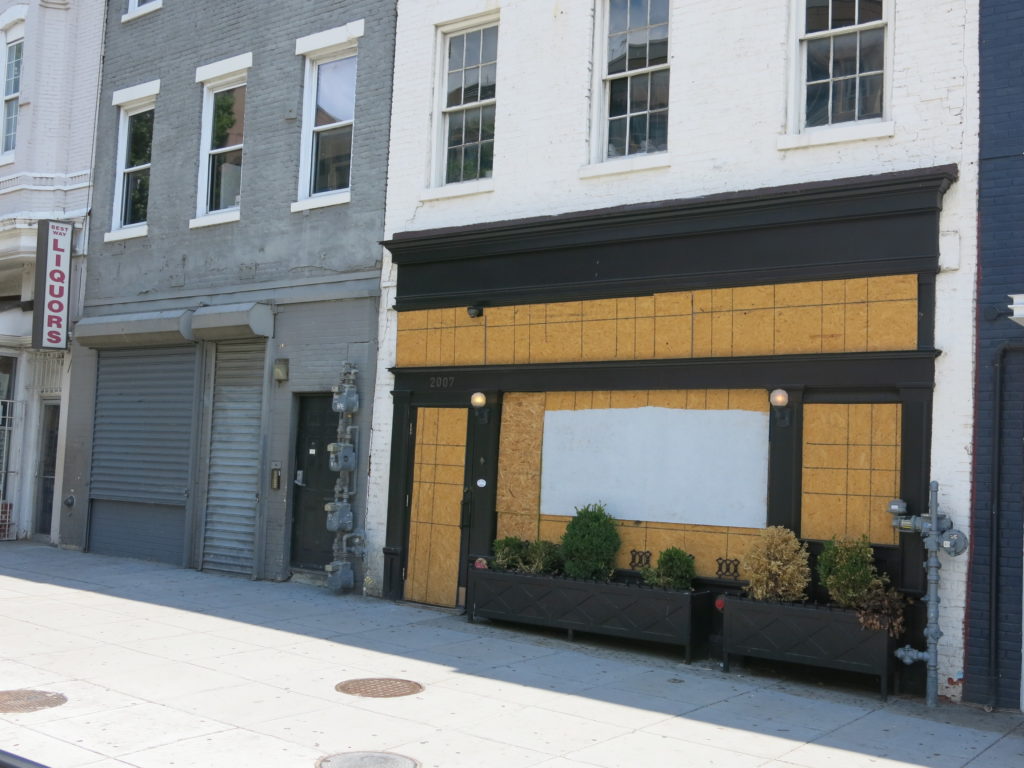 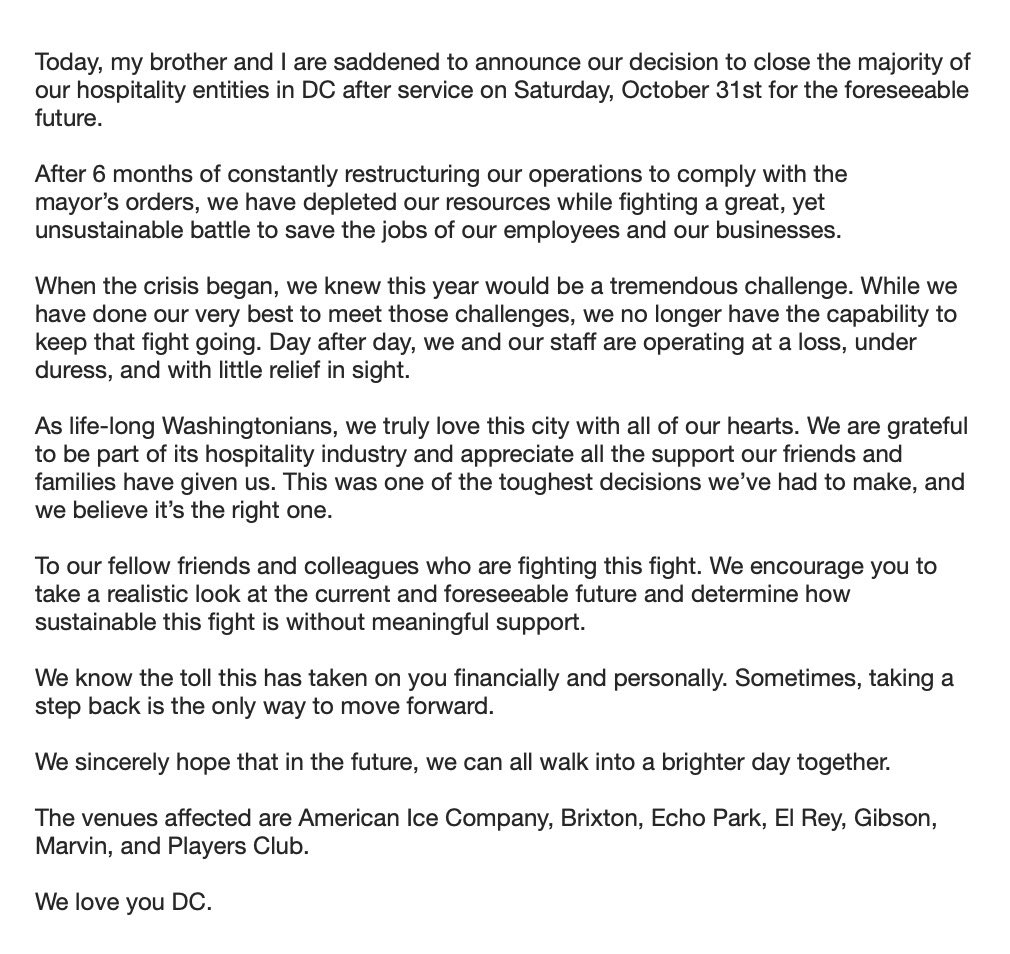 Photos of all the spots: END_OF_DOCUMENT_TOKEN_TO_BE_REPLACED 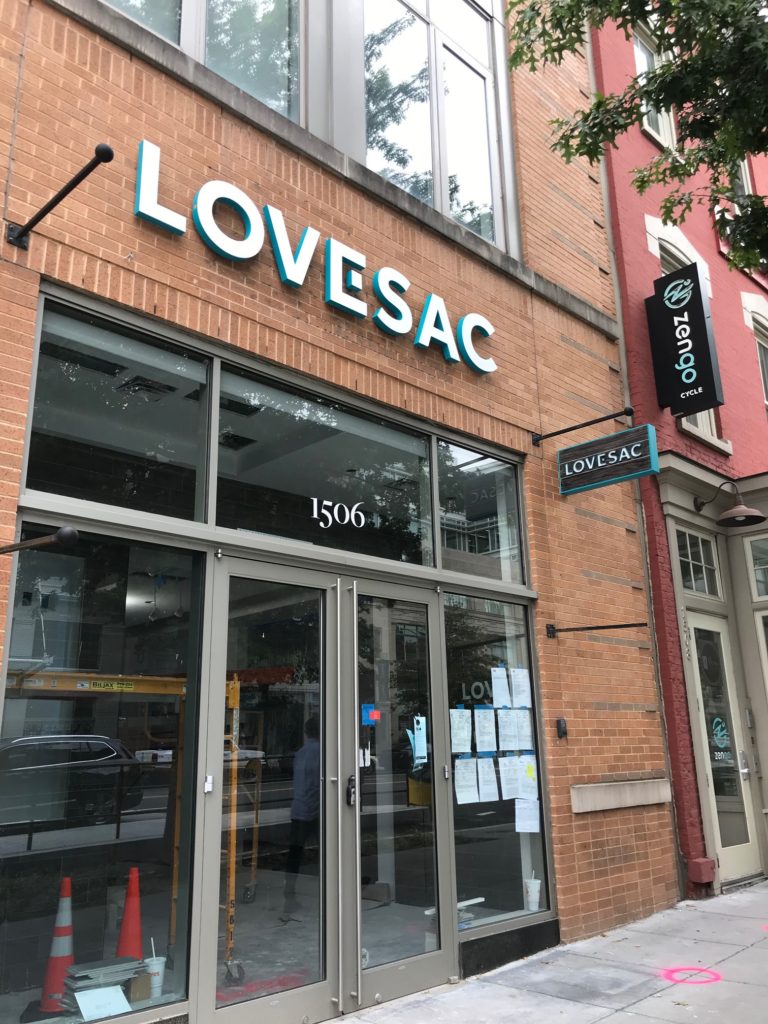 Thanks to John and Noa for sending word that a Lovesac furniture store is coming to Logan Circle. END_OF_DOCUMENT_TOKEN_TO_BE_REPLACED 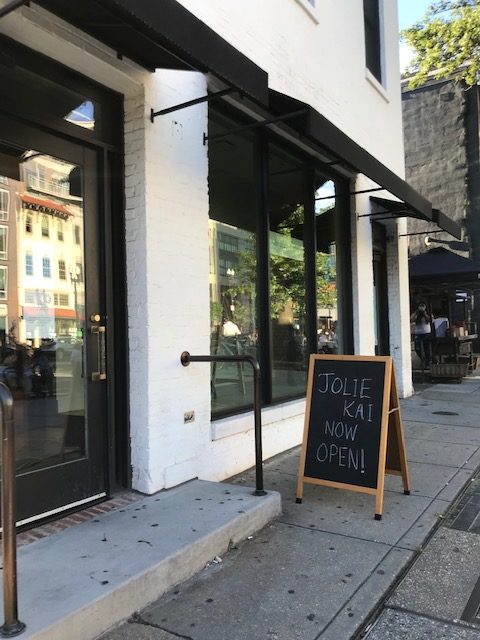 Thanks to Noa for sending the news about the Jolie Kai pop up: “We are so excited to announce our pop-up shop in DC for September” END_OF_DOCUMENT_TOKEN_TO_BE_REPLACED 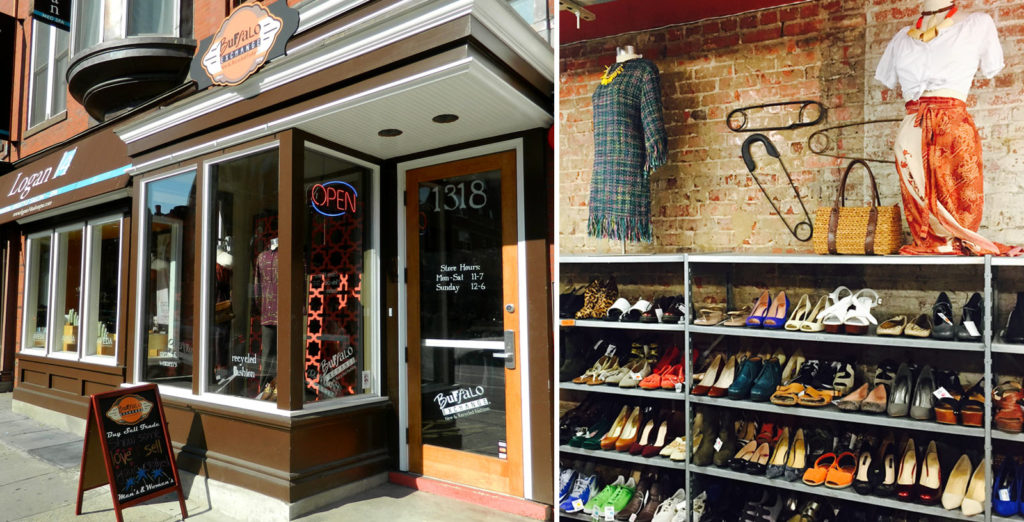 Buffalo Exchange opened their first D.C. location in Logan Circle back in 2012. Thanks to Maddy for passing on the sad news that this location has permanently closed.

“Following the impact of COVID-19 on our business, we had to make the sad decision to close our Washington, DC location, effective September 8.“ 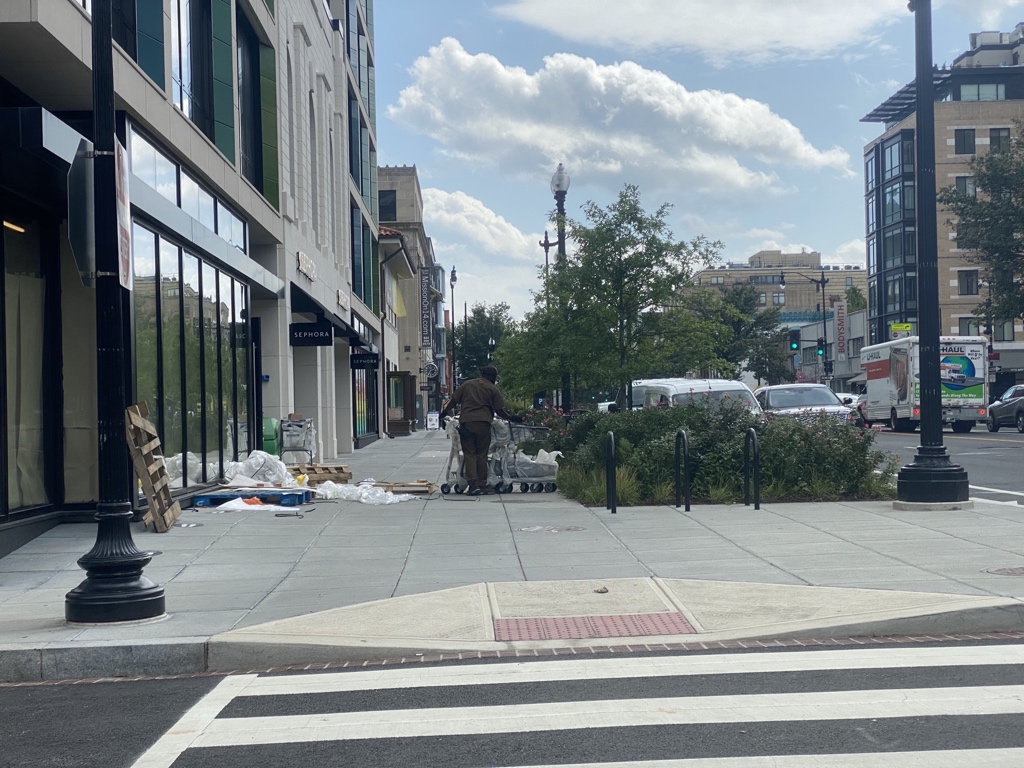 Thanks to MD and Jeffrey for sending: “shopping carts being delivered to the Amazon grocery on 14th. Must be getting close.” 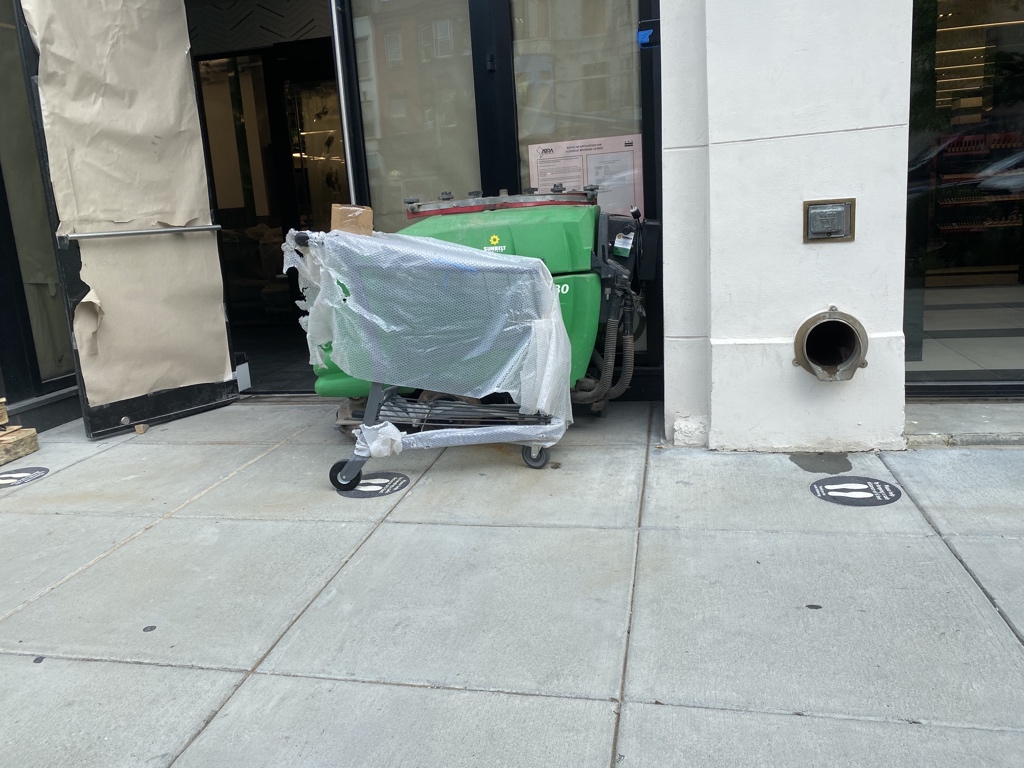 A peek in the door on Monday: END_OF_DOCUMENT_TOKEN_TO_BE_REPLACED 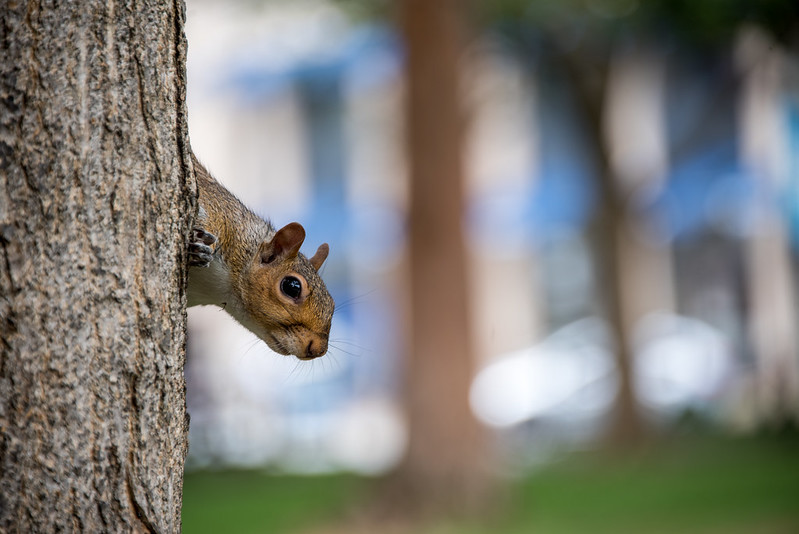 Is this some kind of scam or just a harmless hustle? I’m wondering if other readers have experienced this:

I was walking passed the Whole Foods at 14th and P when a tall person in a long blond wig appeared on a scooter in front of me, covered in glitter. They pulled out a container of glitter and told me to hold out my arms. I decided to play along and, long story short, I ended up with sparkly forearms and “purchasing” a couple little prints for $10 using a square credit card swiping device. This was all very predictable – they lightly attempted to negotiate the $10 but were otherwise not threatening or aggressive or anything.

I would have just put it in the category of creative street hustling but immediately after after they scooted away someone came out of a nearby apartment building to warn me that the glitter thing was some kind of identity theft scam. He had taken a video of the whole thing and suggested I let MPD know, since they were looking for the “scammer.”

I guess the square device could have a credit card skimmer in it but otherwise, I’m not sure what the scam angle is here. I was totally fine with the $10. Obviously I’m watching my account closely now but what else am I missing?”

Ed. Note: Sounds like it could be the same person folks started reporting about in April.