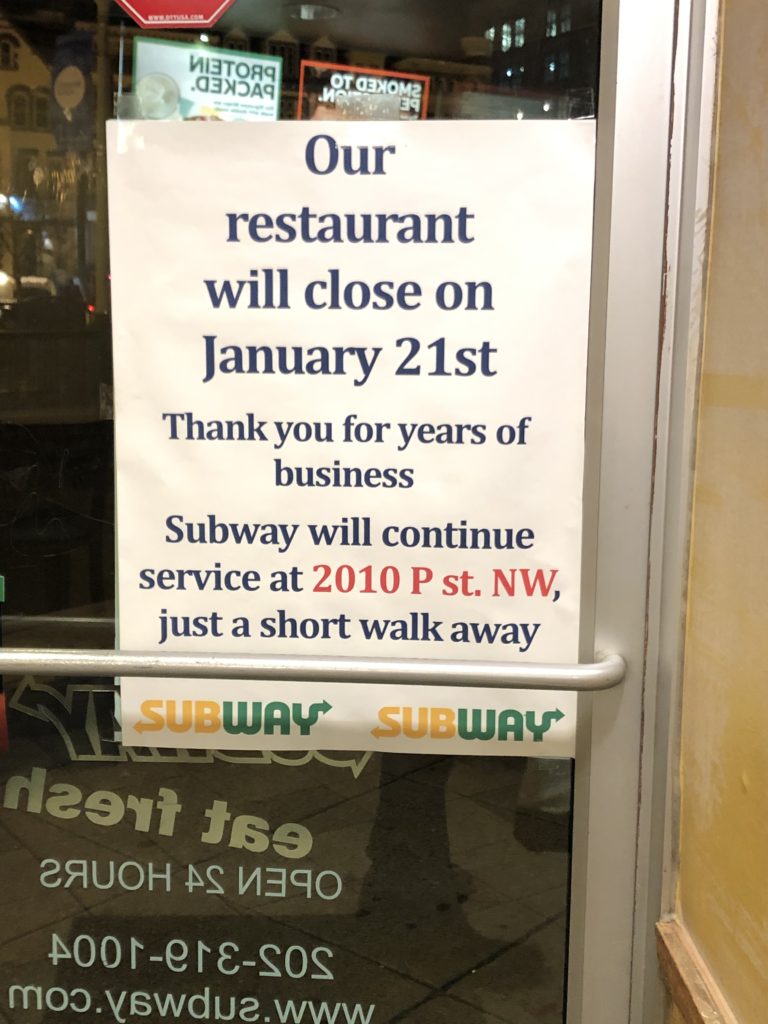 Thanks to Clay for sending. Updates when we learn who takes over the space. END_OF_DOCUMENT_TOKEN_TO_BE_REPLACED 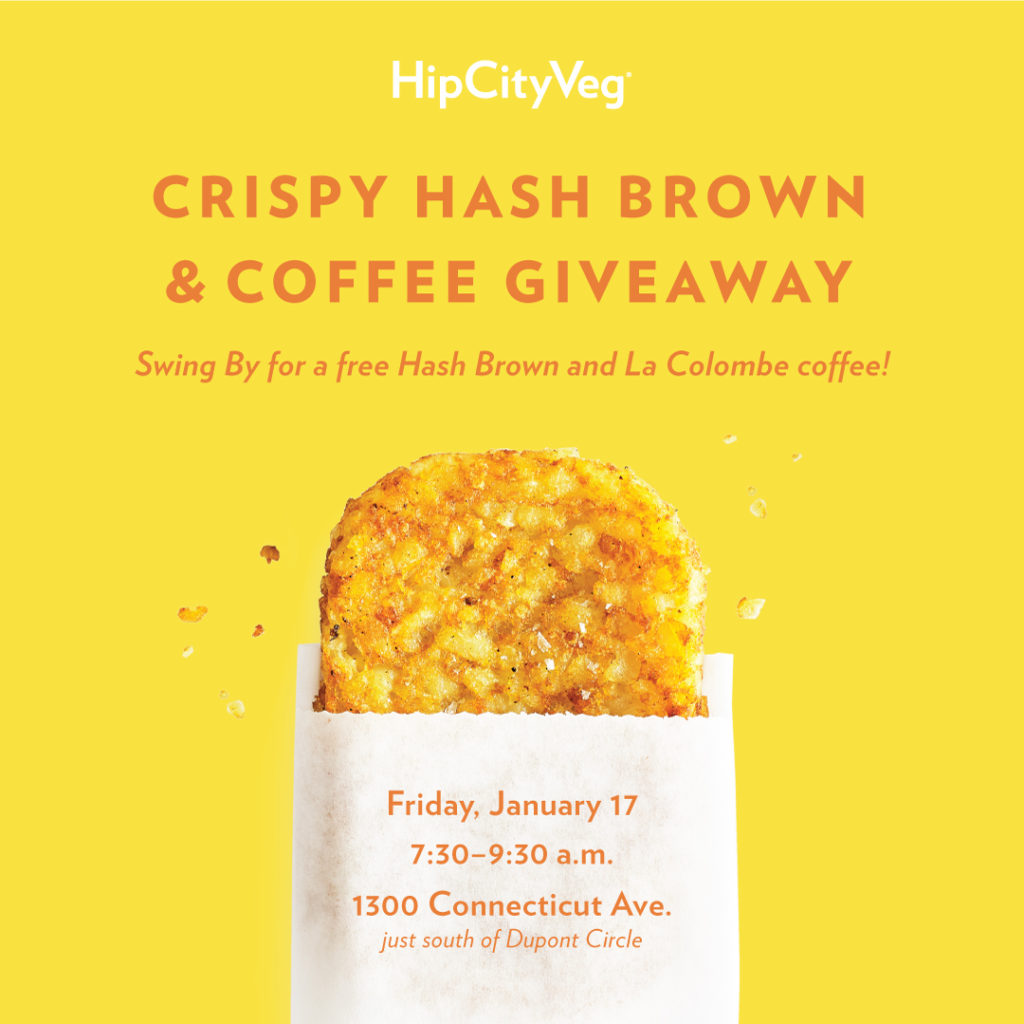 “To celebrate the launch of HipCityVeg’s breakfast menu at the Dupont Circle location, we are giving away free hot crispy hash browns and complementary LaColombe coffee (with plant-based milks, of course) in front of our Dupont Circle location (1300 Connecticut Ave.) this Friday. We hope to warm and perk people up on their way to work, and let them know about our exciting new plant-based breakfast options. END_OF_DOCUMENT_TOKEN_TO_BE_REPLACED 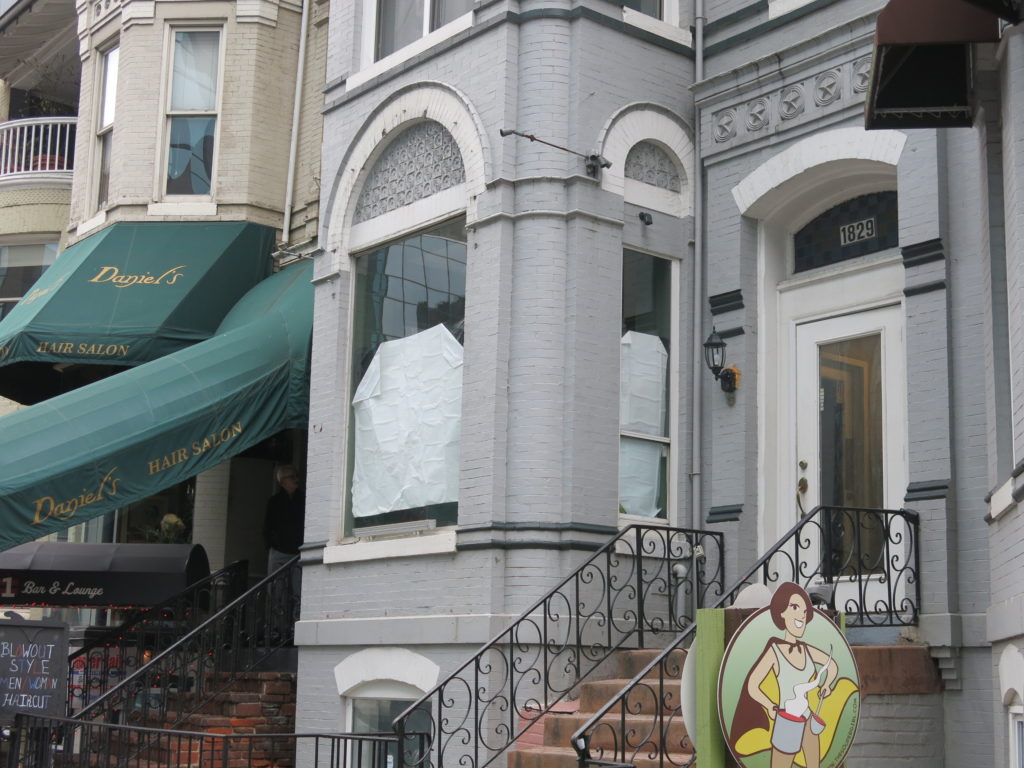 Back in March we spoke about the Flipside Filipino restaurant opening here. This space is having a rough go as everyone who opens doesn’t seem to last more than a year. Updates when we learn who takes next crack at it. 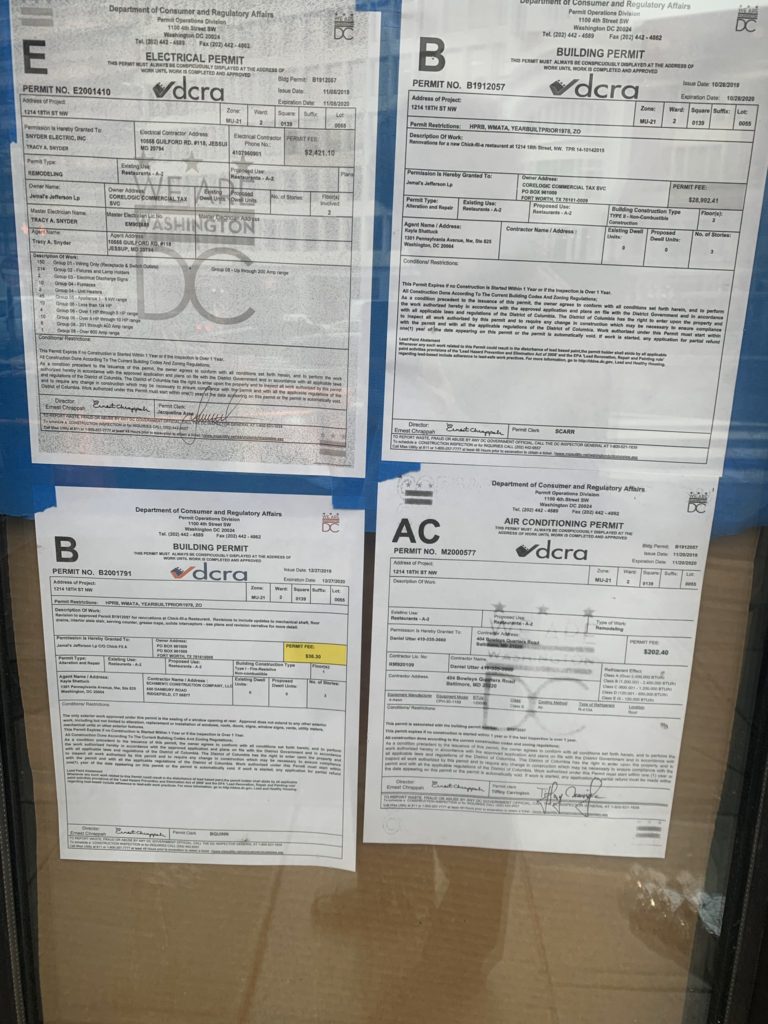 Thanks to Paul for sending “Confirmed that a Chick fil A is coming to 18th and Jefferson NW!” END_OF_DOCUMENT_TOKEN_TO_BE_REPLACED 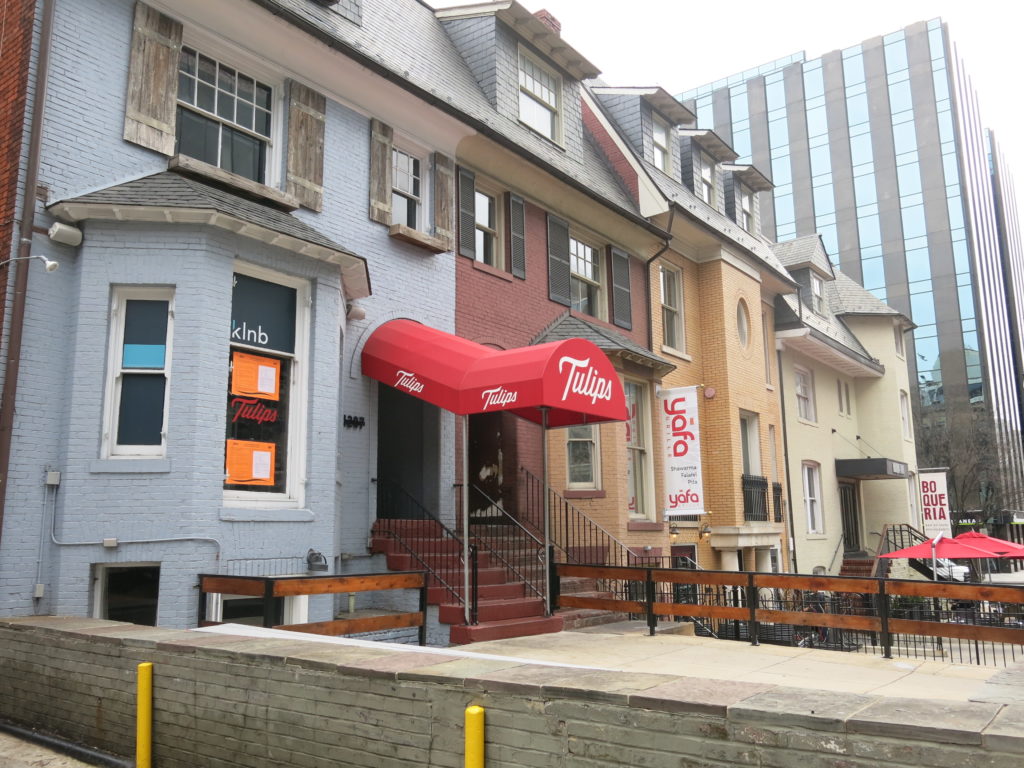 Tulips closed in September 2018. Before them this space was home to Irish Whiskey (RIP $1 Champagne Brunch) and of course before them Porter’s.

Next up – Bar & Lounge 54 – the liquor license placard says:

0 Comments
Dupont Circle, What the Helen of Troy is This 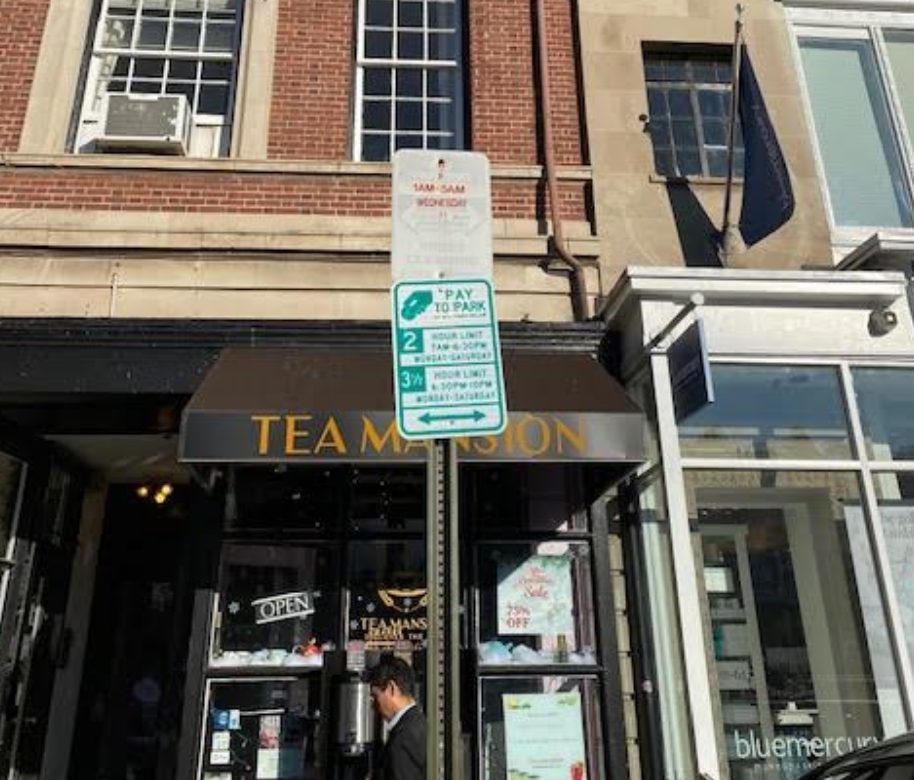 Thanks to Terry for sending not one but two of these curious parking signs in Dupont: END_OF_DOCUMENT_TOKEN_TO_BE_REPLACED 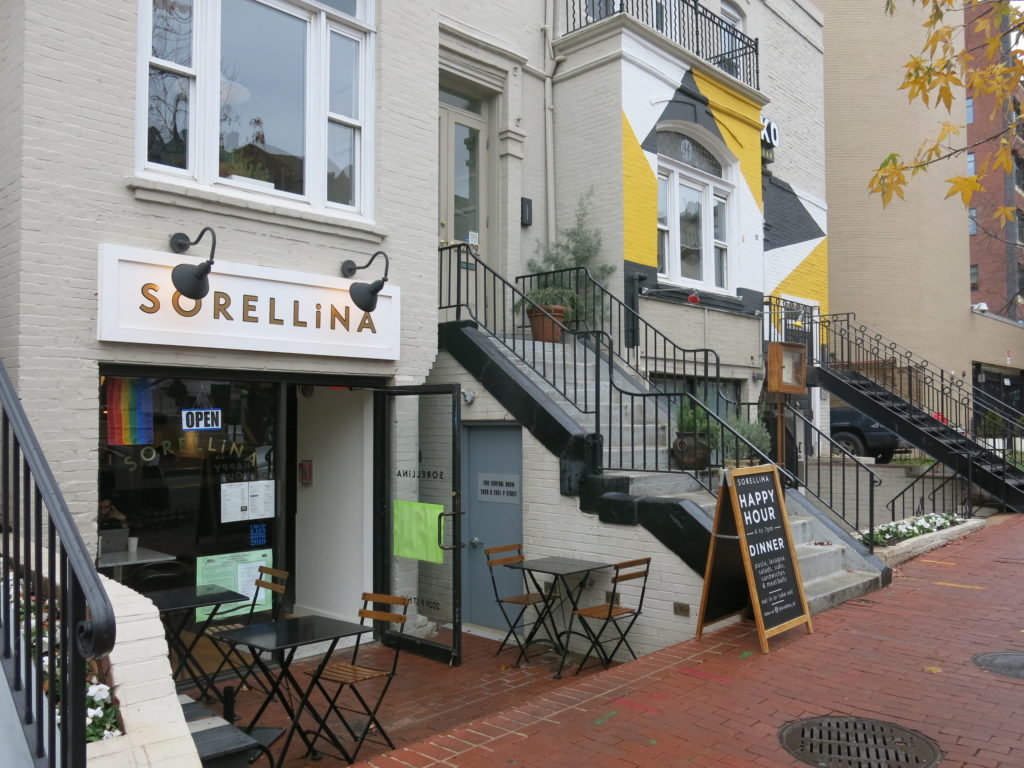 Back in November we shared the news that Sorellina would be doubling in size. Thanks to Abigail for confirming that they were taking over the former Panas space: “Was just there today and confirmed with the guy at the counter.

Caitlin writes: “The Sorellina expansion is coming along nicely. They took over the empanada place next door, essentially doubling their size.” Have a peek inside: END_OF_DOCUMENT_TOKEN_TO_BE_REPLACED 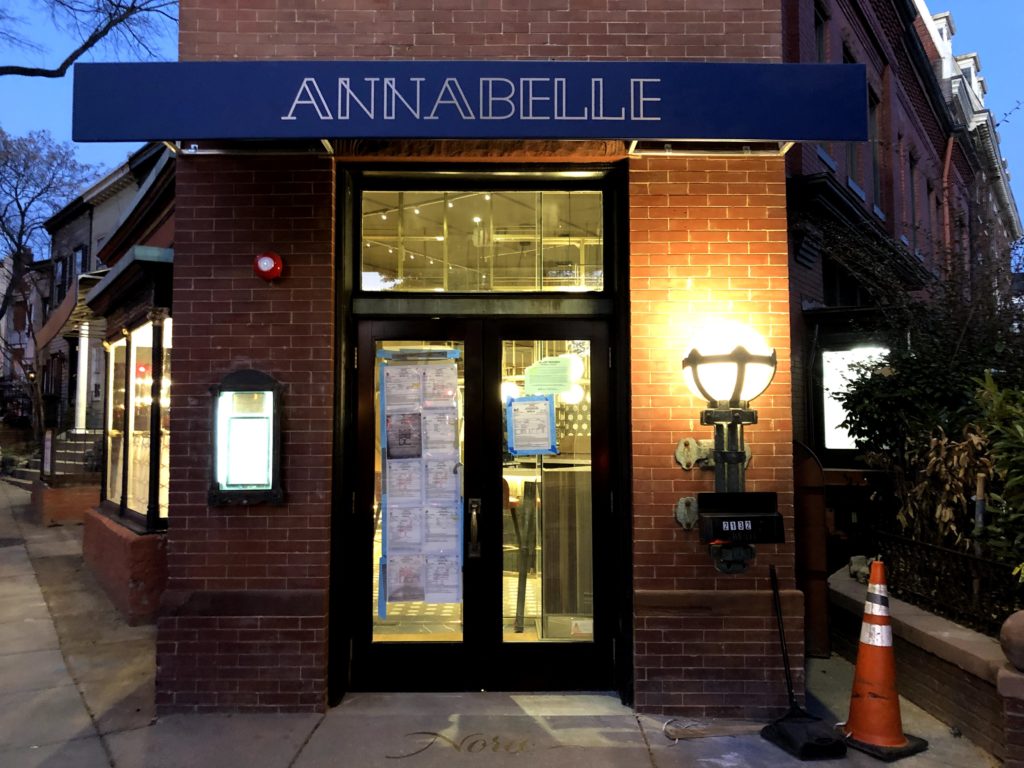 “Dear PoPville, any word on the opening of Annabelle? The space has been under construction for months, but it looks like they’re finishing up now.”

I was lucky enough to take a preview tour yesterday and oh my goodness we are in for a treat (lots more photos below.) Here are the menus: 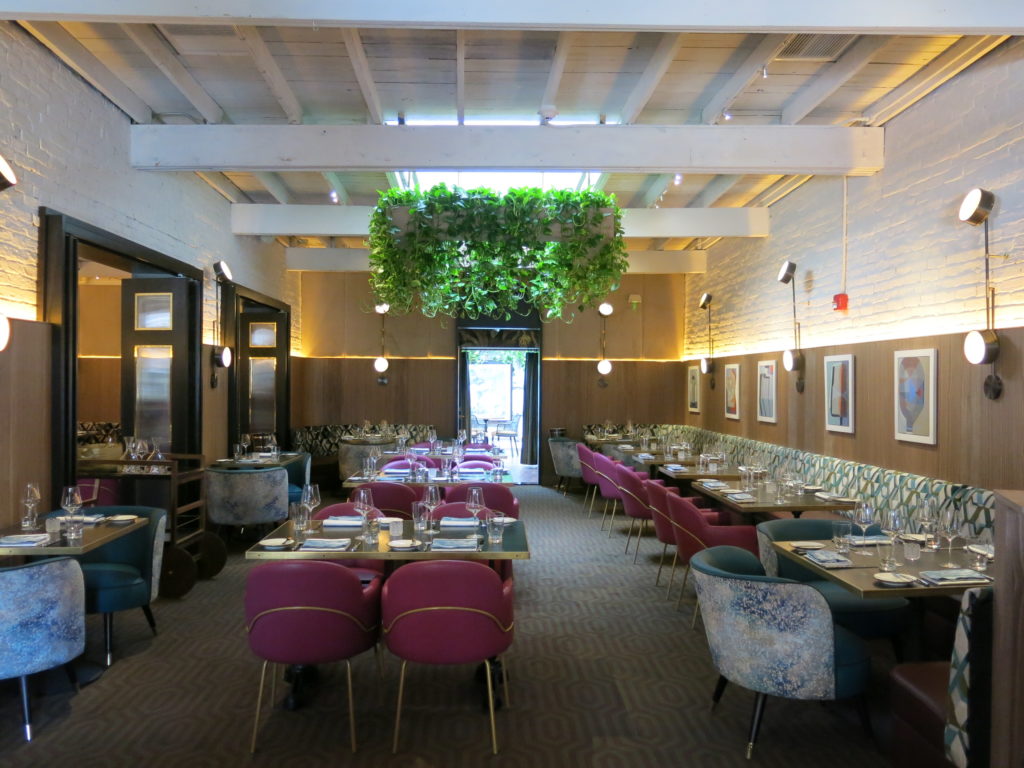 “Award-winning restauranteur Ashok Bajaj is pleased to announce Knightsbridge Restaurant Group’s new fine dining concept Annabelle, located at 2132 Florida Ave., NW Washington, D.C. 20008. On January 17, 2020, Annabelle, the 95-seat, fully renovated legendary space will open for dinner. Located in the heart of the Kalorama neighborhood, Annabelle was designed by James Beard Foundation’s award-nominated restaurant designer Martin Vahtra of Projects Design Associates of New York. It is made up of three different historic buildings. The perfect balance of old and new, each room sports patterns on patterns, with artwork from Cara Tomlinson, the restaurant interior is contemporary, with a hint of mid-century modern vibe. 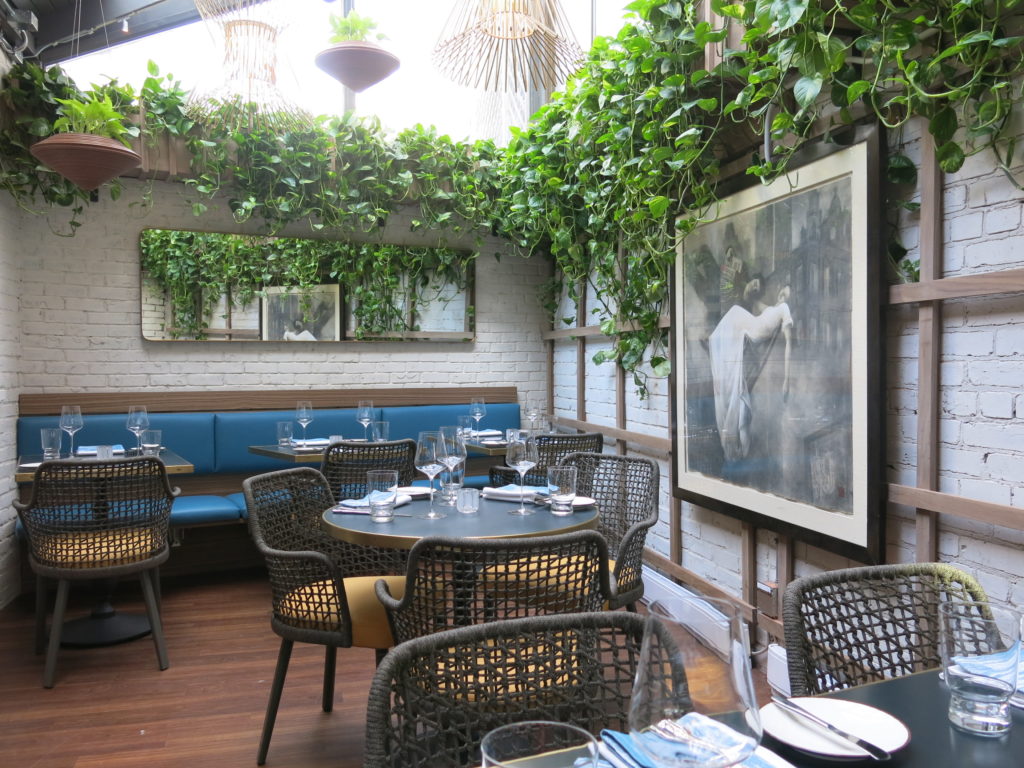 Bajaj tapped Frank Ruta as executive chef for his newcomer Annabelle. Ruta’s distinguished career spans over three decades and includes eleven years as executive sous chef at the White House, serving under three presidents and as owner/chef of the award-winning Palena. Prior to joining Annabelle, Ruta served as executive chef at the notable Mirabelle in Washington, D.C. 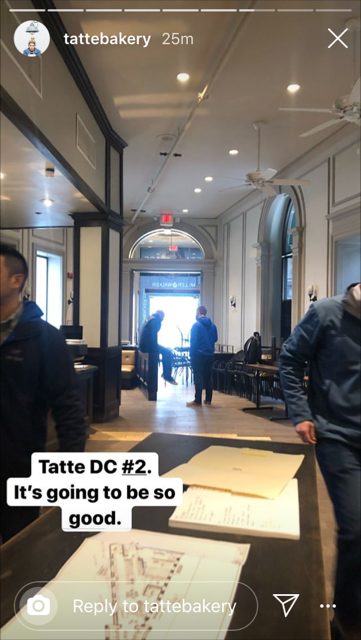 Whoa, thanks to astrid for sending us the IG stories of Boston’s beloved Tatte Bakery. Back in October we learned that a Tatte Bakery and Cafe would be coming to the former Meiwah space in West End/Dupont. While they haven’t opened yet – we now know of a 2nd location for Tatte!! END_OF_DOCUMENT_TOKEN_TO_BE_REPLACED 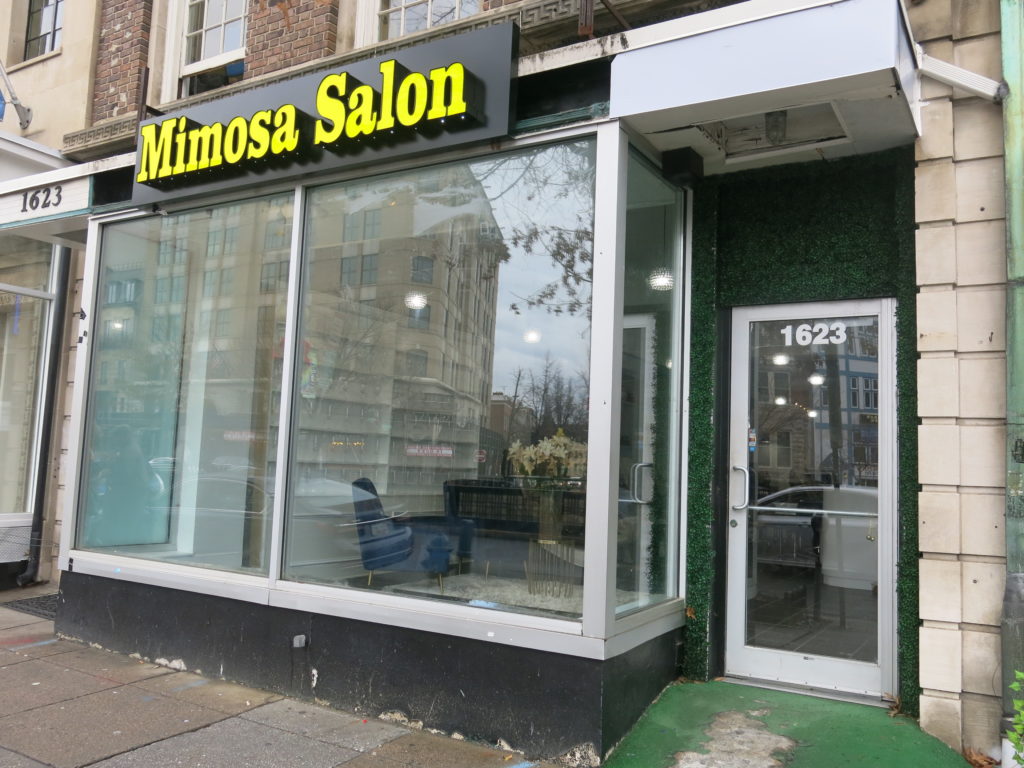 Back in July 2018 a Lou Lou clothing store closed here. Prior to them this was the longtime home to the Melody Record shop which closed back in January 2012. Not sure when Mimosa Salon opened but it was in the last few weeks.