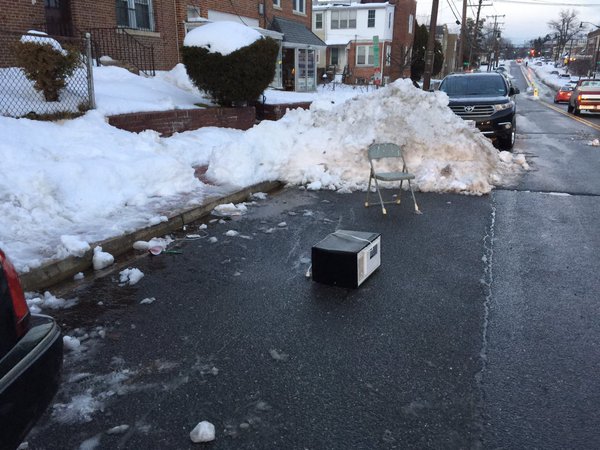 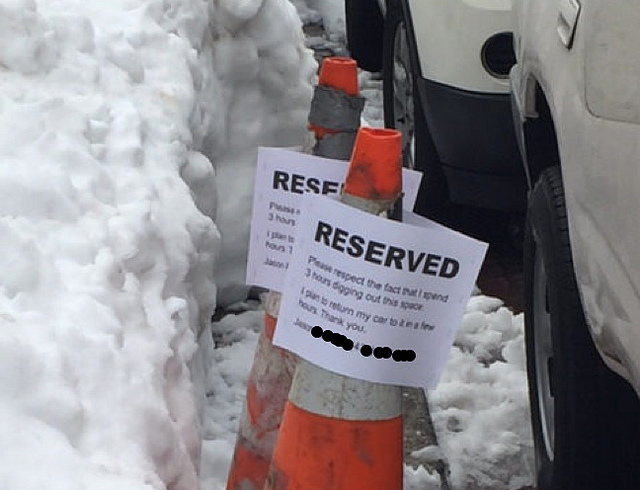 12th btw M and N. Not sure if his efforts were respected from Amy

Thanks to all who sent emails about the sign Andrea Noble spotted on Capitol Hill and posted to twitter:

So I guess this is the Capitol Hill version of the lawn chair. pic.twitter.com/EG3fI3206S

I wonder what happened to that spot in Brightwood…

Also Sean reminds folks that you can’t just park next to snowbanks in the middle of the street – from Adams Morgan: 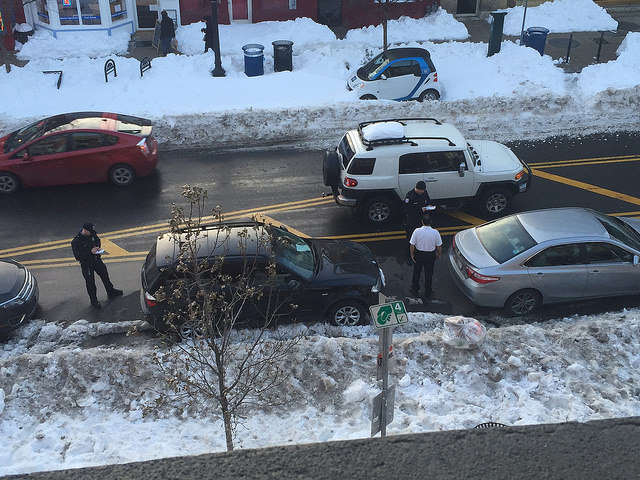