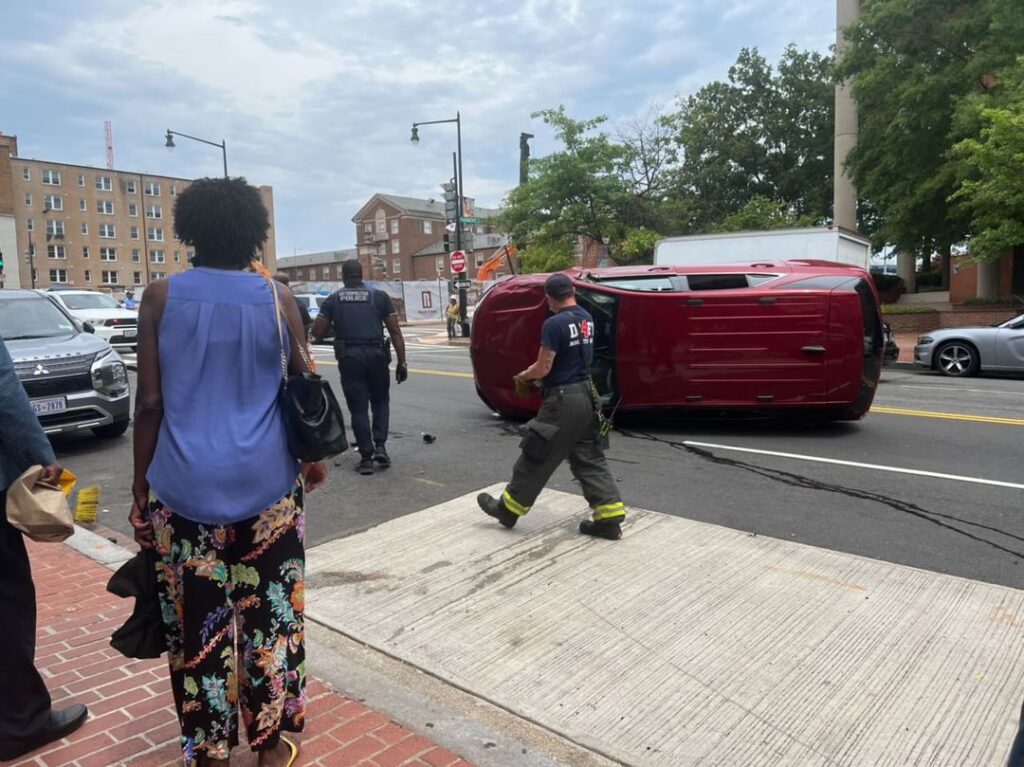 Reader reports around 1:30pm from Georgia and Euclid St, NW:

“There were 2 small children inside END_OF_DOCUMENT_TOKEN_TO_BE_REPLACED 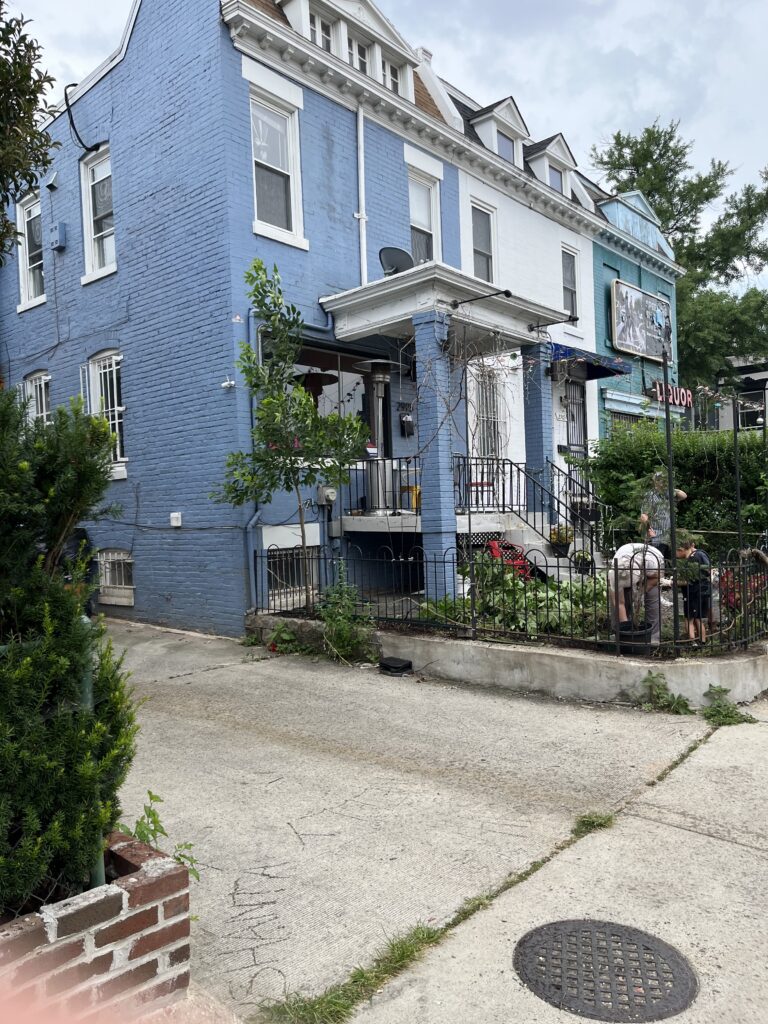 Thanks to Dan for sending: “Was walking by the old Bun DC location at Sherman/Harvard and noticed an older couple and some little kids out front pulling weeds and doing some basic landscaping/tidying up. I stopped to ask if they were new owners. END_OF_DOCUMENT_TOKEN_TO_BE_REPLACED 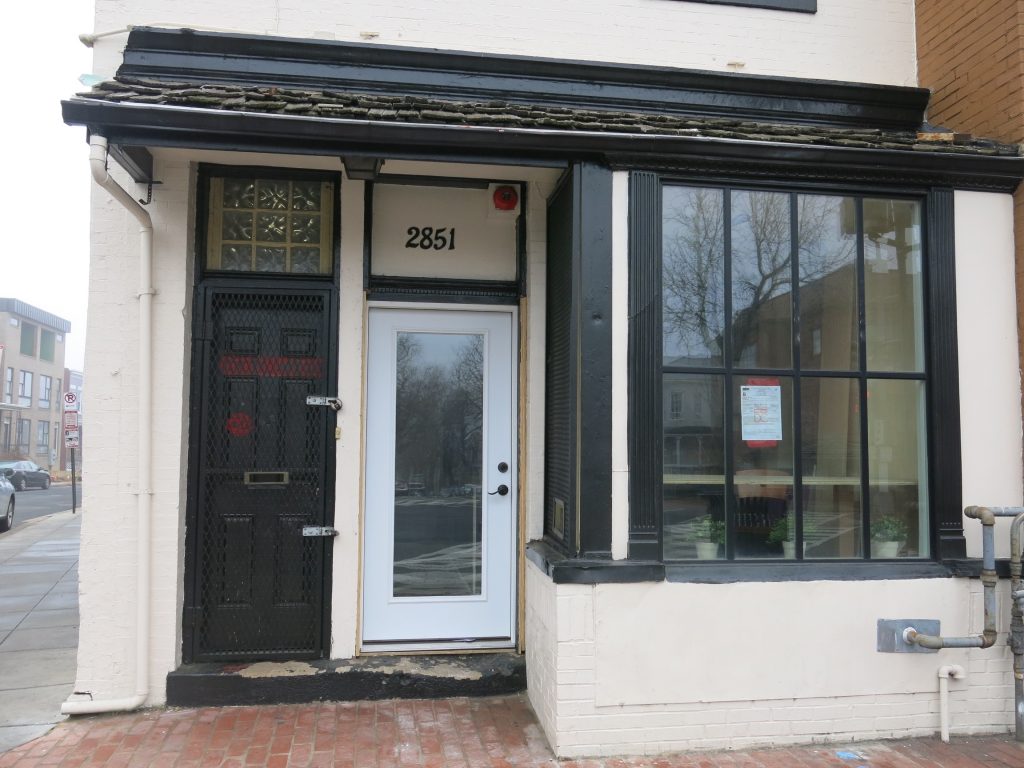 Thanks to Bill for sharing: “New 24 hour spot at Georgia and Harvard! Good looking menu.” END_OF_DOCUMENT_TOKEN_TO_BE_REPLACED 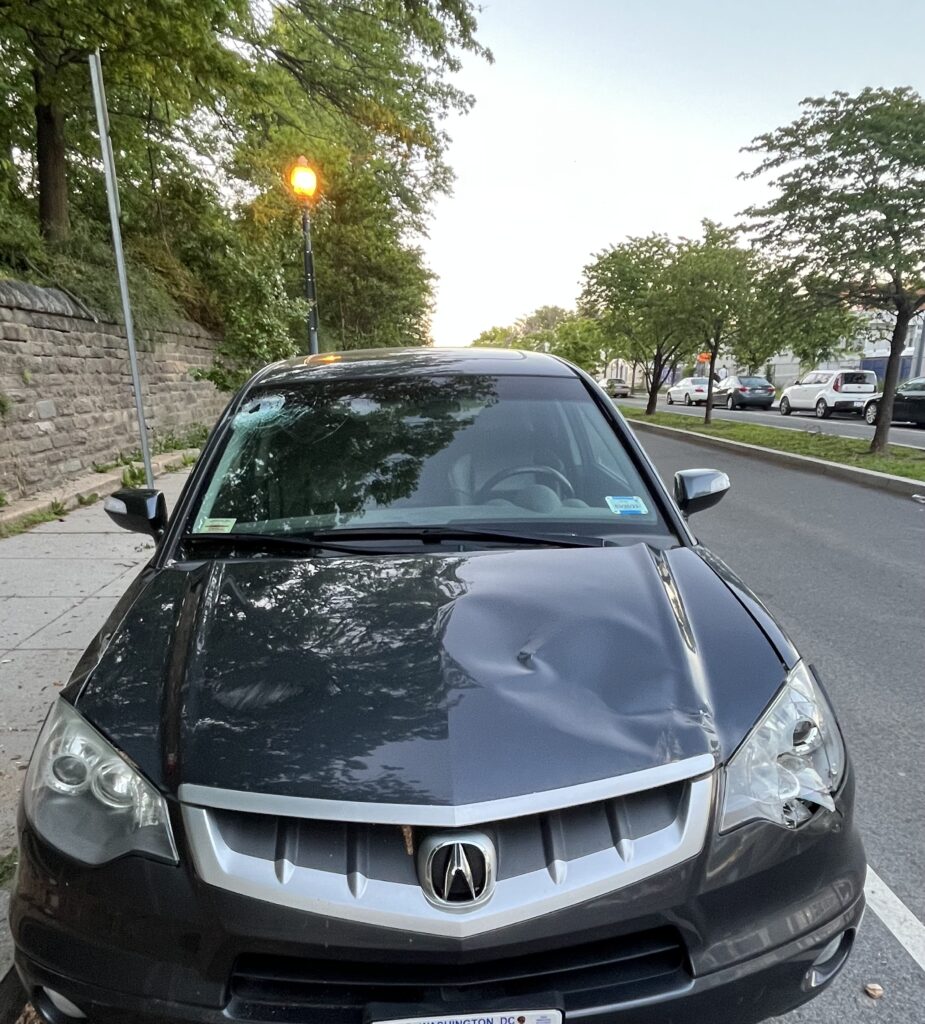 My boyfriend parked on Sherman Ave NW on Sunday around 4pm, across the street from the Shaw District Dogs. When we went to move the car today, it was completely wrecked. There’s a large amount of sawdust on the sidewalk and a cut tree up on the stone wall – technically on Garfield Terrace Senior apartments land. Did anyone take pictures of the tree on our car, or see what organization took care of/cleaned up the tree?” END_OF_DOCUMENT_TOKEN_TO_BE_REPLACED 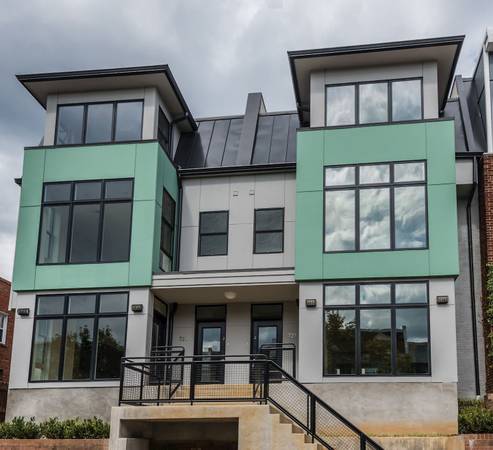 This rental is located at 727 Hobart Place NW. The Craigslist ad says: 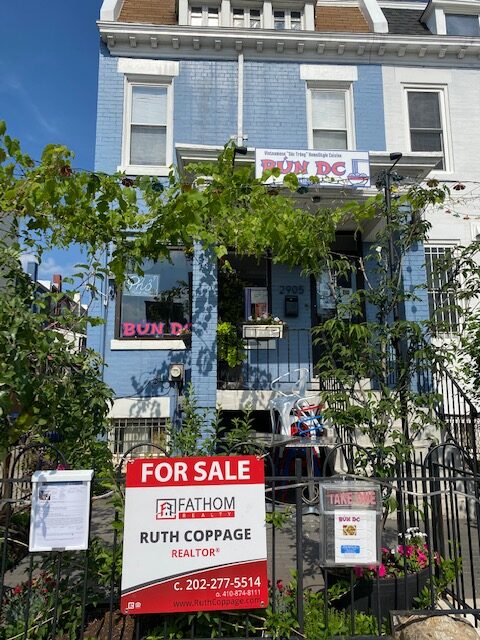 Thanks to Nick for sending last Friday: “Bun DC on Sherman is closing today. Proprietor says they’re working on a new place at (near?) END_OF_DOCUMENT_TOKEN_TO_BE_REPLACED 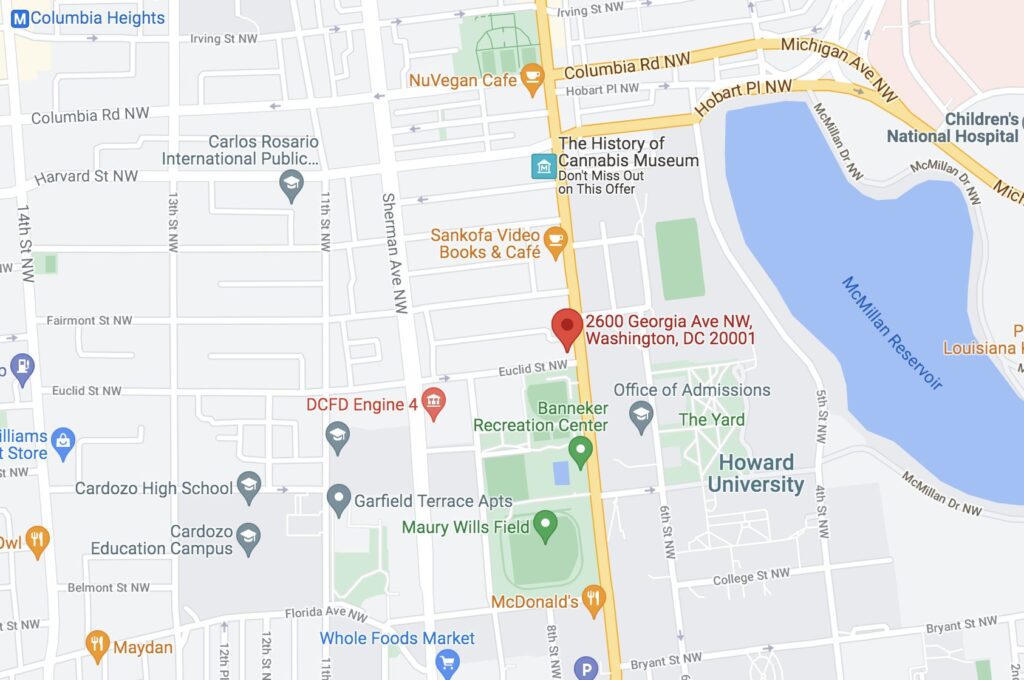 “Detectives from the Metropolitan Police Department’s Homicide Branch are investigating a homicide that occurred on Wednesday, January 19, 2022, in the 2500 block of Georgia Avenue, Northwest.

At approximately 8:04 pm, members of the Third District responded to the listed location for the report of the sounds of gunshots. Upon arrival, members located an adult female victim, inside of a vehicle, suffering from apparent gunshot wounds. DC Fire and Emergency Medical Services responded to the scene and transported the victim to area hospital. Despite all life-saving efforts, the victim was pronounced dead.

The decedent has been identified as 27 year-old Sierra Johnson, END_OF_DOCUMENT_TOKEN_TO_BE_REPLACED 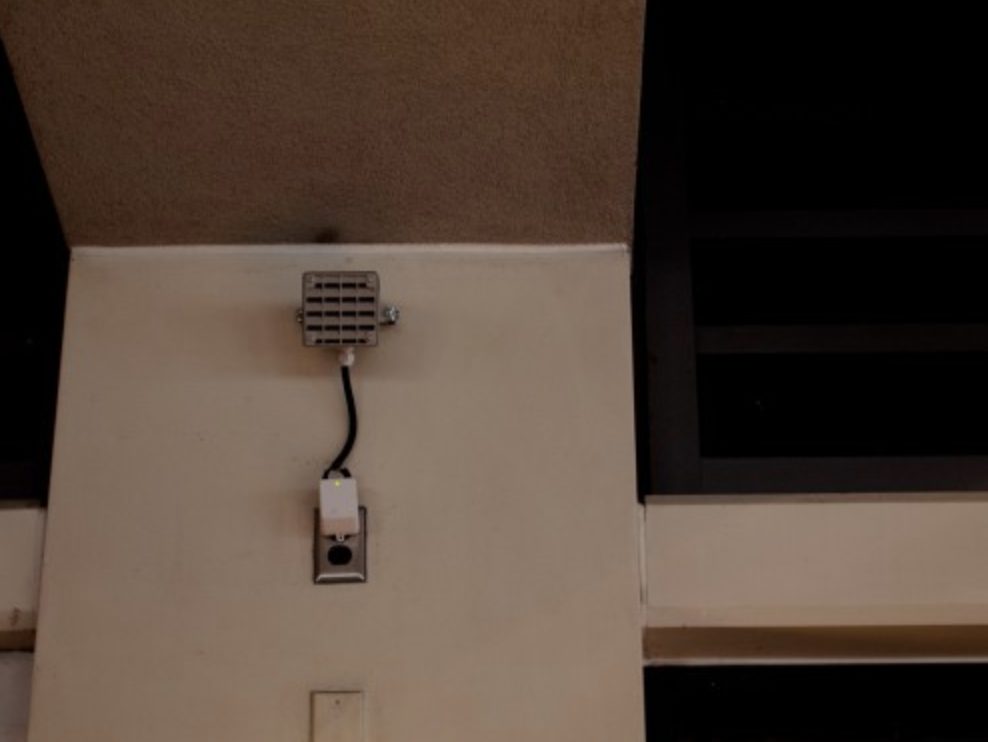 mosquito anti-loitering device from Chinatown back in 2010

There is a constant high pitched alarm sound coming from Georgia Ave and Lamont street. It has been on for over a week at all times and makes it miserable to be outside. END_OF_DOCUMENT_TOKEN_TO_BE_REPLACED 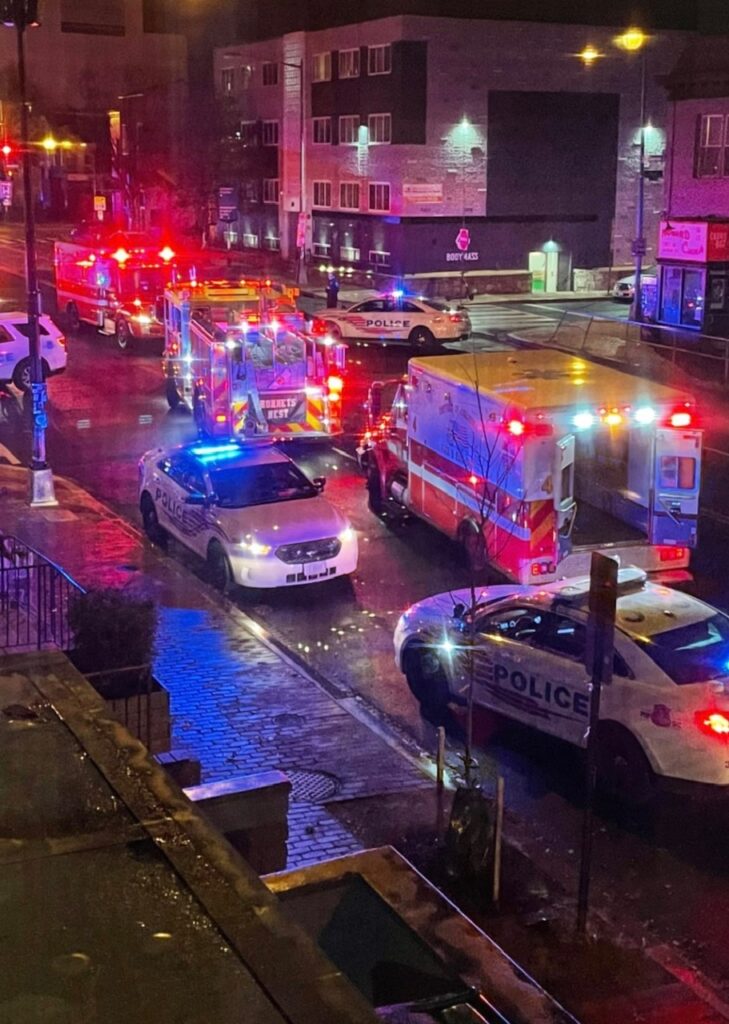 “Alert: Shooting Investigation at 1826 hours in the 2800 block of Georgia Ave NW. Lookout for a B/M, long dreadlocks, wearing a long blue jacket and armed with a handgun.
DO NOT TAKE ACTION CALL 911”

Gavino wrote: “Also overheard what sounded like around 30 gunshots near Fairmont and 14th St NW”

AM wrote: “heard shots fired while having dinner inside my house. Ring said there was a shooting at sherman and fairmont AND one at georgia and gresham. this is so unsettling.”

Sound of gunshots on Fairmont caught on video: END_OF_DOCUMENT_TOKEN_TO_BE_REPLACED 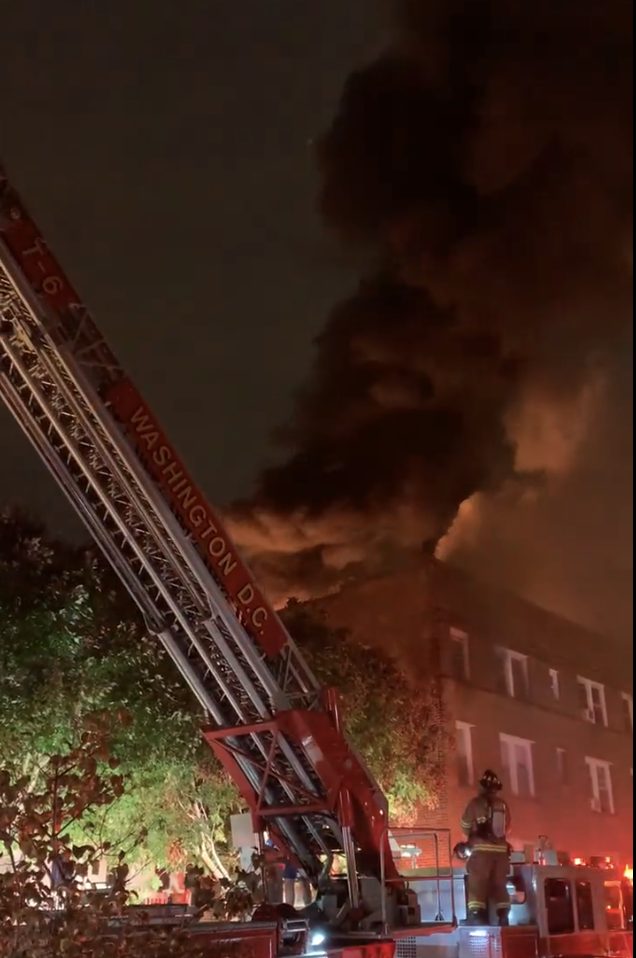 Nick reported: “Fire response just before 4 am on the 700 block of Hobart Pl NW.”

Fire response just before 4 am on the 700 block of Hobart Pl NW. Hope everyone made it out safely @PoPville pic.twitter.com/lzzkHujpIM

From DC Fire and EMS: “1 firefighter minor injury is being transported from the fire scene in the 700 block Hobart Pl. NW. The 3rd civilian who was evaluated on scene has subsequently also been transported with non life threatening injuries.”