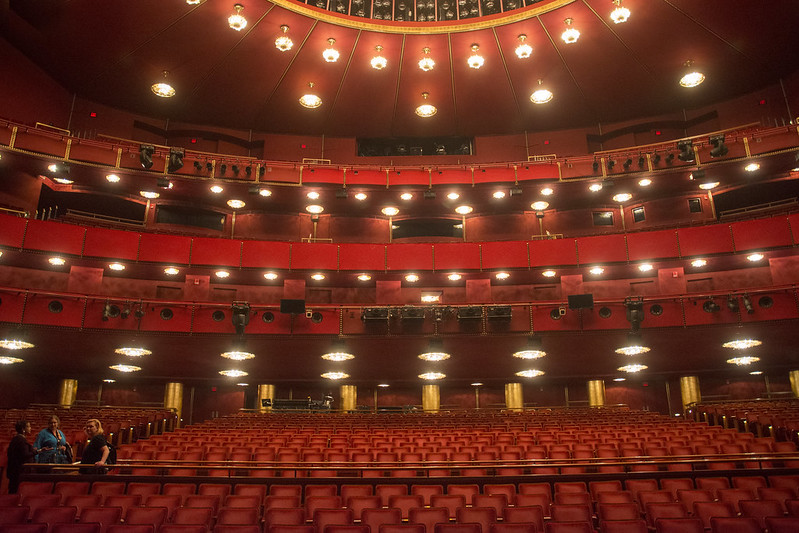 “Today, Mayor Bowser announced a pilot that will allow a limited number of venues to host live entertainment. The pilot creates an opportunity to resume live entertainment in a controlled environment that can be scaled up or down and that District officials can learn from for future guidance. The six venues that are invited to participate in the pilot include: City Winery, GALA Hispanic Theatre, Pearl Street Warehouse, The Kennedy Center, The Hamilton, and Union Stage.

Any participating venues are required to submit and execute detailed plans for operating and will be monitored closely by the District. The pilot will go through 11:59 p.m. on Friday, October 30. During the pilot period, the District will not be accepting waiver applications from any other venues.

In addition to the pilot, which is limited to the six venues listed above, the District is inviting operators of outdoor entertainment venues who have already submitted plans to the DC Homeland Security and Emergency Management Agency through its waiver process to review the criteria for hosting live entertainment and resubmit their plans. The organizations that have been invited to resubmit plans for outdoor entertainment include: Adams Morgan Partnership BID, Arena Stage, Busboys and Poets, Capitol Riverfront BID, District Wharf, Et Voila Restaurant, Heist Group at the Kennedy Center, and The Bullpen.

The criteria requires that venues:

Sell or distribute tickets in advance of the event;

Have a maximum of fifty (50) persons, including attendees, performers, staff, and all other persons in the venue; END_OF_DOCUMENT_TOKEN_TO_BE_REPLACED 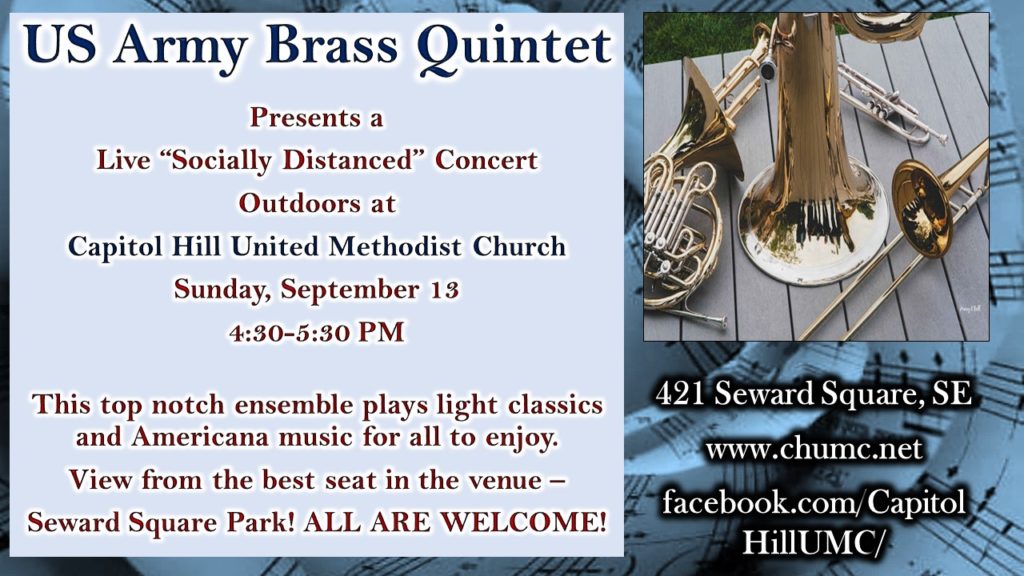 Thanks to Chuck for sending:

“The U.S. Army Brass Quintet is doing a short concert this coming Sunday afternoon, September 13 from the front steps of Capitol Hill United Methodist Church. Folks are encouraged to bring a blanket or chair and socially distance in Seward Square park to enjoy the music.” 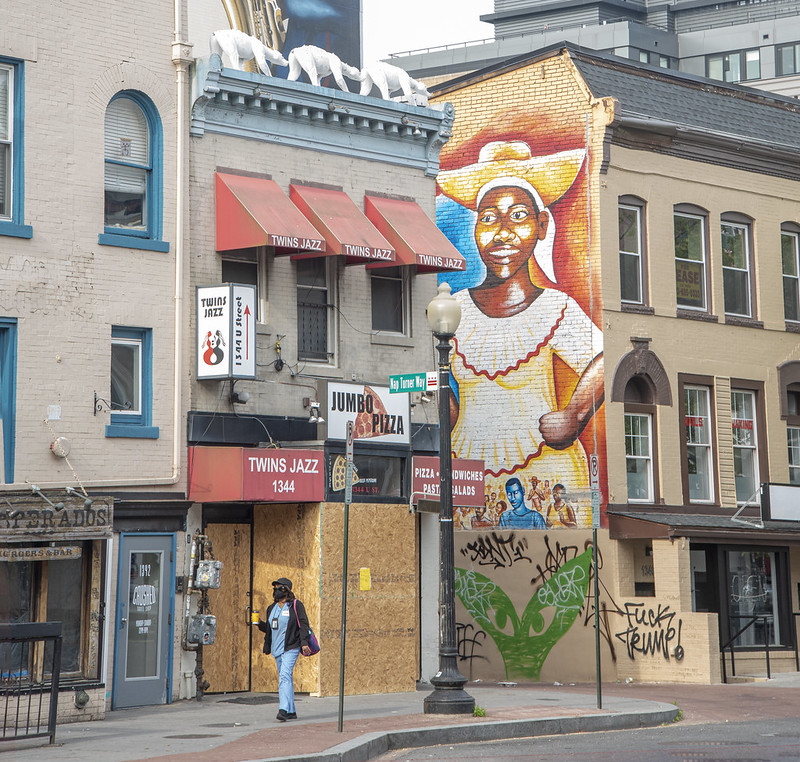 “A coalition of DC musicians and music advocates launched a grassroots campaign this week to advocate for government relief of the city’s music venues. The #SaveDCVenues campaign, which has accrued hundreds of signers within a few days, urges the DC Council and mayor Muriel Bowser to adopt a version of the 2020 DC Music Venue Relief Act: a piece of draft legislation that provides direct relief to businesses who rely on (now-absent) revenue from live music.

The outreach campaign is the latest in a series of public actions organized by the “DC Music Stakeholders,” a grassroots coalition of many DC-based musicians, venue owners, nonprofit leaders, and local activists. The Stakeholders formed shortly after the pandemic hit the District in March, and have met twice weekly since then, sharing information and providing support for a music scene in crisis.

COVID-19 has devastated DC’s music community. Since it began, the pandemic has forced the closure of at least four longstanding D.C. music institutions, all four cornerstones of the local music economy who presented the jazz, R&B and soul musicians bearing the torch of D.C.’s legacy of Black music. The most recent casualty is the beloved Twins Jazz, which supported DC’s vibrant jazz scene for 33 years, which announced its closure on August 27. END_OF_DOCUMENT_TOKEN_TO_BE_REPLACED 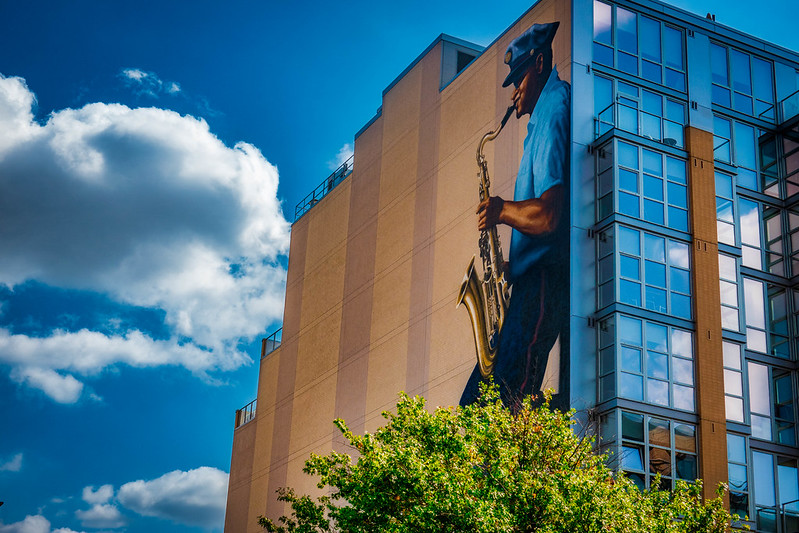 Hot Jazz Saturday Night, produced by WAMU and hosted by Rob Bamberger, will return for a two-year commitment beginning on Saturday, September 19, 2020 from 7-10 p.m. The show will replace Live from Here from American Public Radio, which ceased production in June. END_OF_DOCUMENT_TOKEN_TO_BE_REPLACED 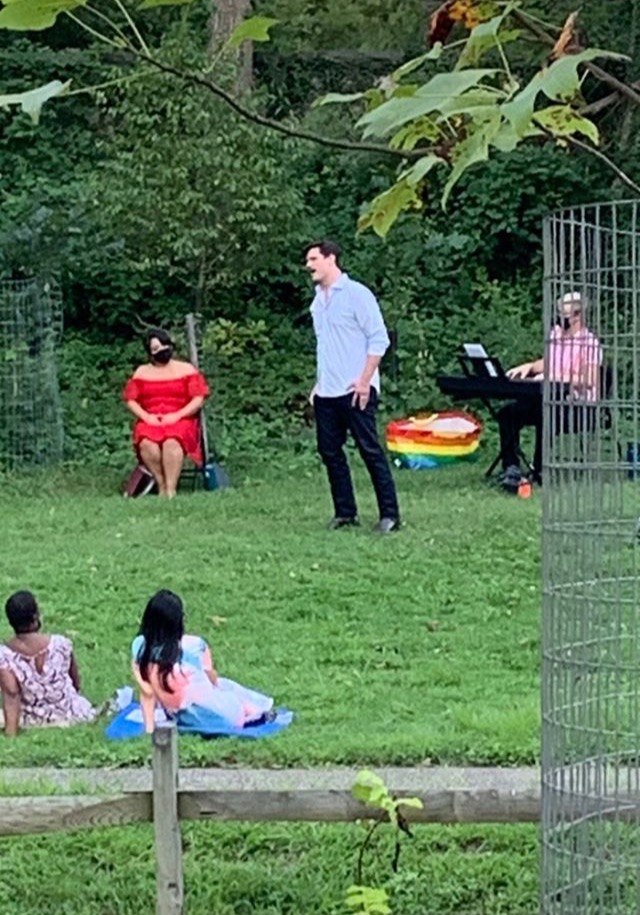 Do you know anything about the live opera performance that took place next to the Pierce house in Rock Creek Park Sunday (Aug 30) afternoon? Like who the performers were? They were each spectacular. I randomly stumbled into it on a bike ride. Thank you!” 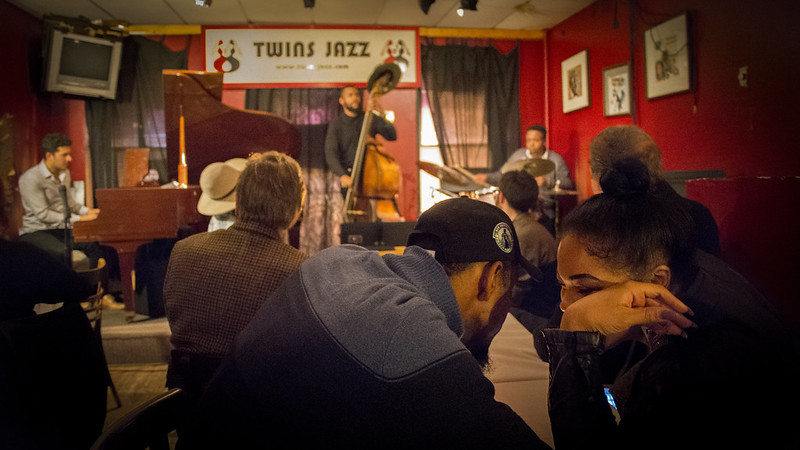 Thanks to Andrea for passing on the incredibly sad news from Twins Jazz:

“It has been an honor and privilege to serve the Jazz community in Washington, DC for 33 years. We came to this country from Ethiopia with a dream of owning our own business and for 33 years we have done more than we could have ever imagined. The decision to close was very difficult, however, we knew the safety of our patrons, musicians, and our staff was our top priority, and given the uncertainty of when we could safely open our doors, we decided to close our location permanently. END_OF_DOCUMENT_TOKEN_TO_BE_REPLACED 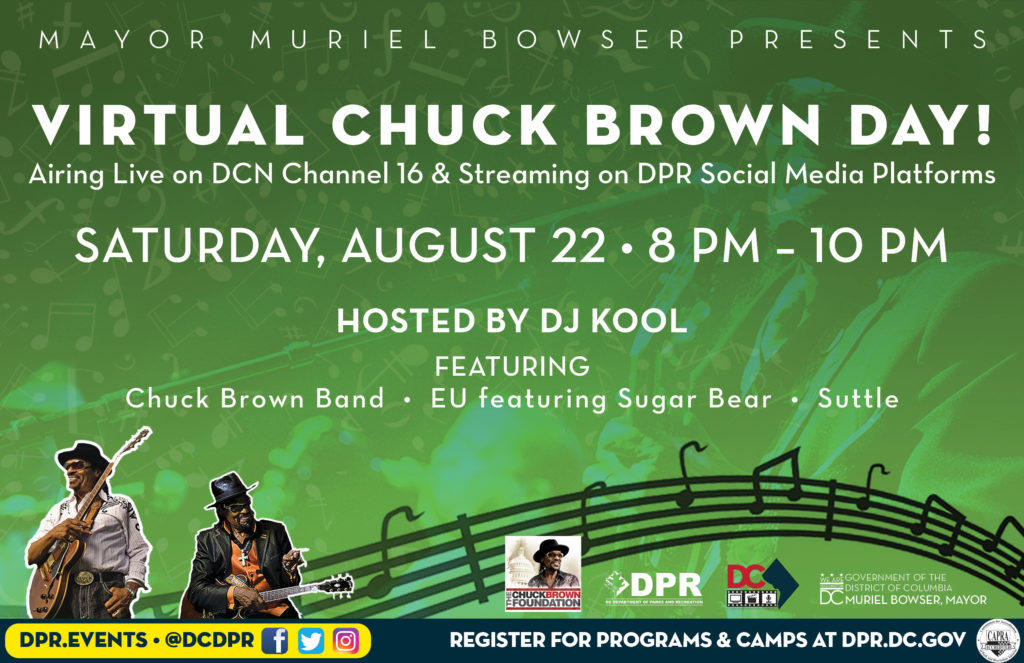 “On Saturday, August 22, 2020, the Bowser Administration and the DC Department of Parks and Recreation (DPR), in conjunction with the DC Office of Cable Television, Film, Music & Entertainment (OCTFME), will celebrate the late Go-Go legend Chuck Brown’s birthday with the 6th Annual Chuck Brown Day virtually. The event celebrates the Godfather of Go-Go and the rich, original musical history of the District.  END_OF_DOCUMENT_TOKEN_TO_BE_REPLACED 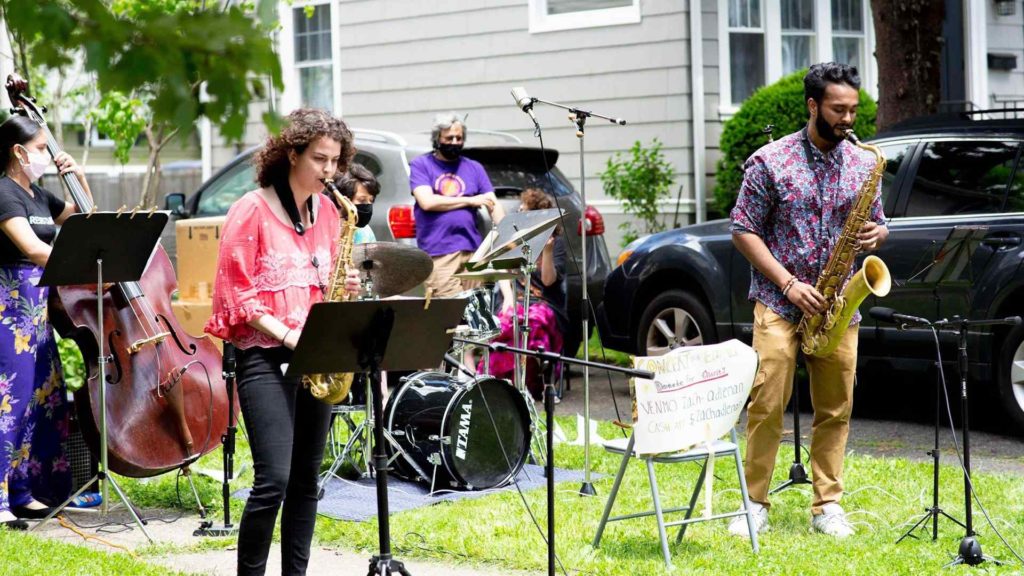 I’m the music director at WOWD Takoma Radio and was bringing jazz shows back to Takoma Station when the pandemic hit. The shutdown of live performances has been very unfortunate for music fans, but it’s been terrible for the working musicians themselves who depend on live performance, along with teaching, for their livelihoods. Livestream performances are nice, but they don’t bring in much money and there’s nothing like the real thing for both the musicians and fans.

So, inspired by what Creative Alliance, the non-profit arts organization, is doing in Baltimore, we’re sponsoring YardWork Concerts. END_OF_DOCUMENT_TOKEN_TO_BE_REPLACED 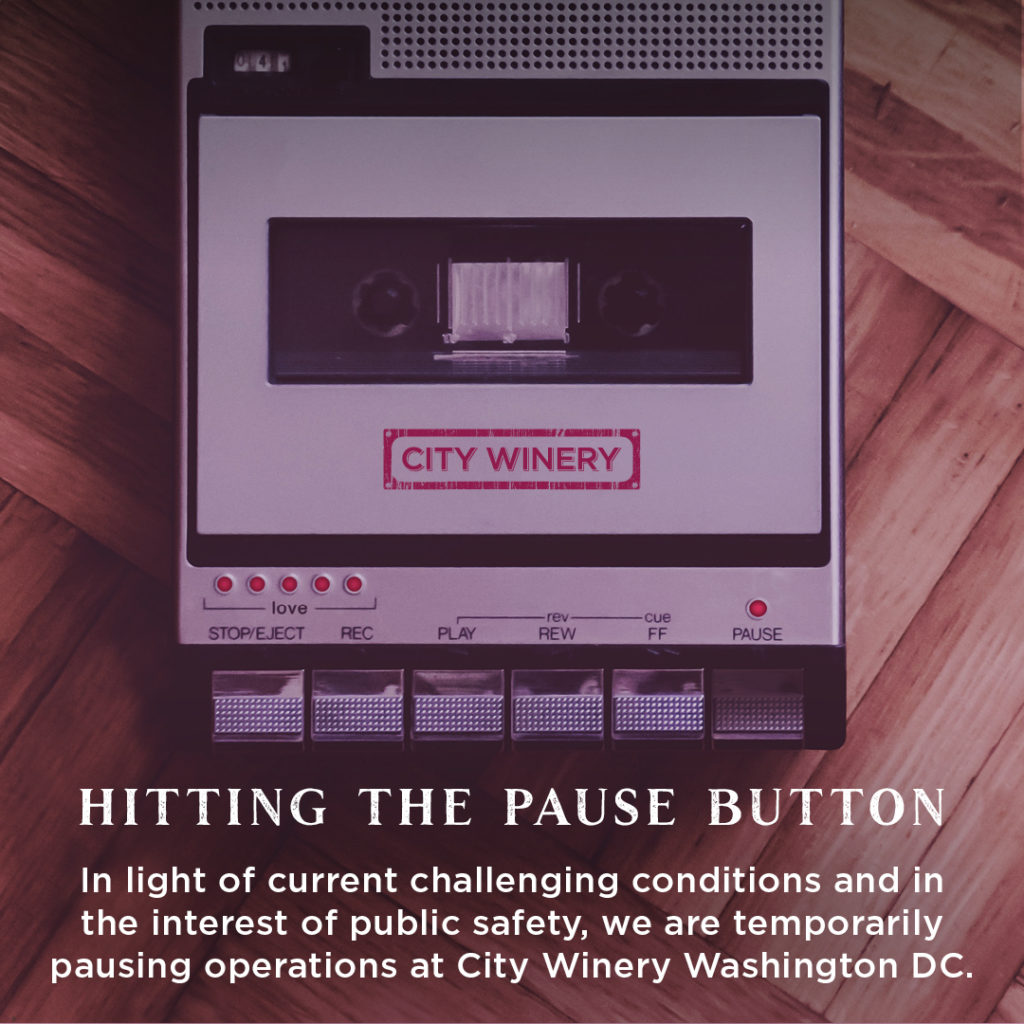 “In light of current challenging conditions and in the interest of public safety, we have temporarily paused our operations at City Winery Washington DC.

The length of the temporary closure is unclear at this time, but we are optimistic that it will only last a short while. Ultimately, that timing will be dictated by uncontrollable factors that we are hopeful will work in our favor sooner than later.

This decision is not one that we took lightly, and one that has been made in order to preserve the continued existence of City Winery. I believe we will return stronger than ever to serving you, our incredible guests, putting on concerts, hosting private parties, and supporting our amazing team members, but for now, we are truly in survival mode.

Although this process has been more painful to endure than we initially thought, we will get through this.

In the meantime, take care of yourselves and your communities, and if you are able, please consider supporting City Winery by: END_OF_DOCUMENT_TOKEN_TO_BE_REPLACED 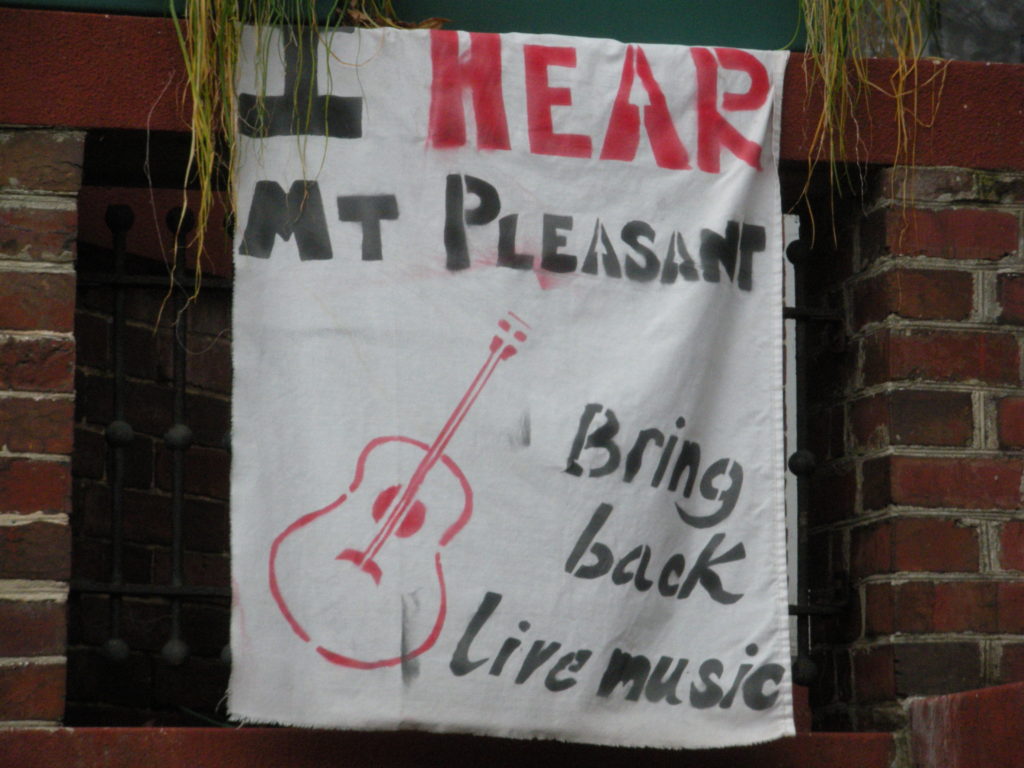 Was going through my photo archives yesterday after folks were asking why Bistro Bohem opening in 2012 was such a big deal…anyway came across the sign above from around 2007/2008. And it reminded me that I totally forgot to post Melody’s awesome share from this weekend (volume up): END_OF_DOCUMENT_TOKEN_TO_BE_REPLACED