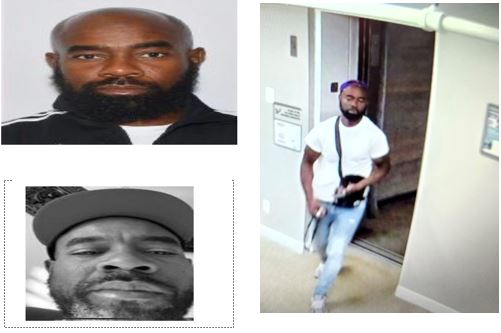 Kelly asks at 6:51am: “Lots of police cars and a news person set up outside of the AVA apartments in Van Ness. What’s happening?”

MPD reported: “MPD seeks the public’s assistance in locating 44 year-old Marquez Parker in reference to an Armed Kidnapping that occurred on 7/27/22 in the 2900 blk of Van Ness Street, NW.

NBC Washington reported: “A man forced a woman — believed to be his 30-year-old girlfriend — into a car at gunpoint about 3 a.m. outside an apartment building”

“Detectives from the Metropolitan Police Department’s Second District seek the public’s assistance in locating a person of interest in reference to a Kidnapping while Armed (Gun) offense that occurred on Wednesday, July 27, 2022, in the 2900 block of Van Ness Street, Northwest.

At approximately 3:40 am, MPD responded to a call for an armed individual at the listed location. Further investigation suggests the suspect forced a female victim into a vehicle that has since been recovered. The victim has been located. This offense appears to be domestic in nature. END_OF_DOCUMENT_TOKEN_TO_BE_REPLACED 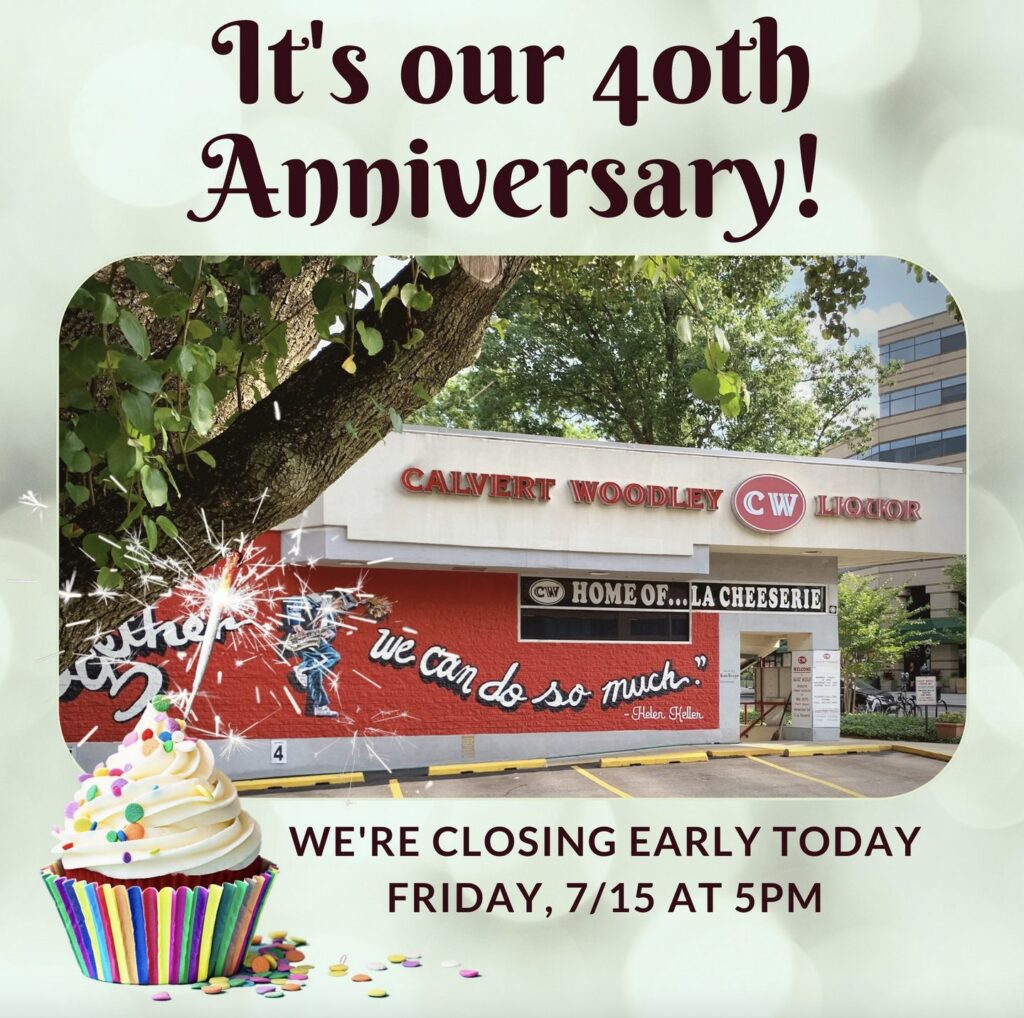 “On this day in 1982, two competitors, Calvert Liquors and Woodley Wine & Liquor, came together to create one liquor store that could do it all. But we wouldn’t still be here, 40 years later, without our loyal customers. We thank you for your continued support and look forward to continuing to serve you for many years to come.

We would also like to give special recognition to three remarkable individuals who’ve been here since day one; Ibrahim Ahmed, Tom McKnew and Berrisford Harris. END_OF_DOCUMENT_TOKEN_TO_BE_REPLACED 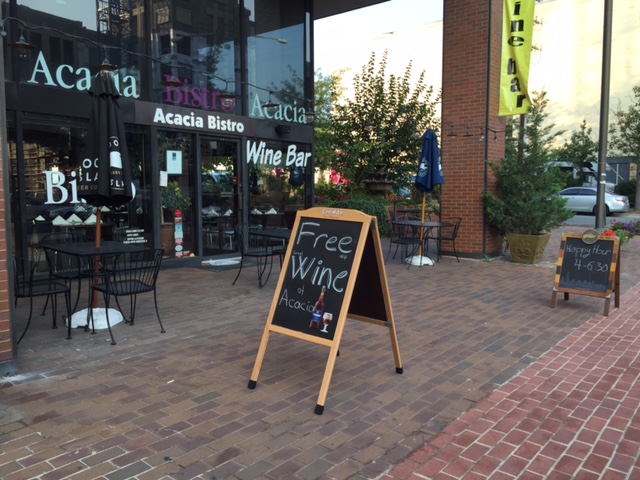 Thanks to M. for passing on this note from Acacia Bistro & Wine Bar (opened here in 2009):

It is with deep regret that I have to inform all of you that Acacia will be closing at the end of this month. I have put my heart and soul into this restaurant and tried my absolute best to keep Acacia running for all of you to enjoy. However, my landlord UDC, has made this impossible due to their insistence more than doubling the rent! END_OF_DOCUMENT_TOKEN_TO_BE_REPLACED 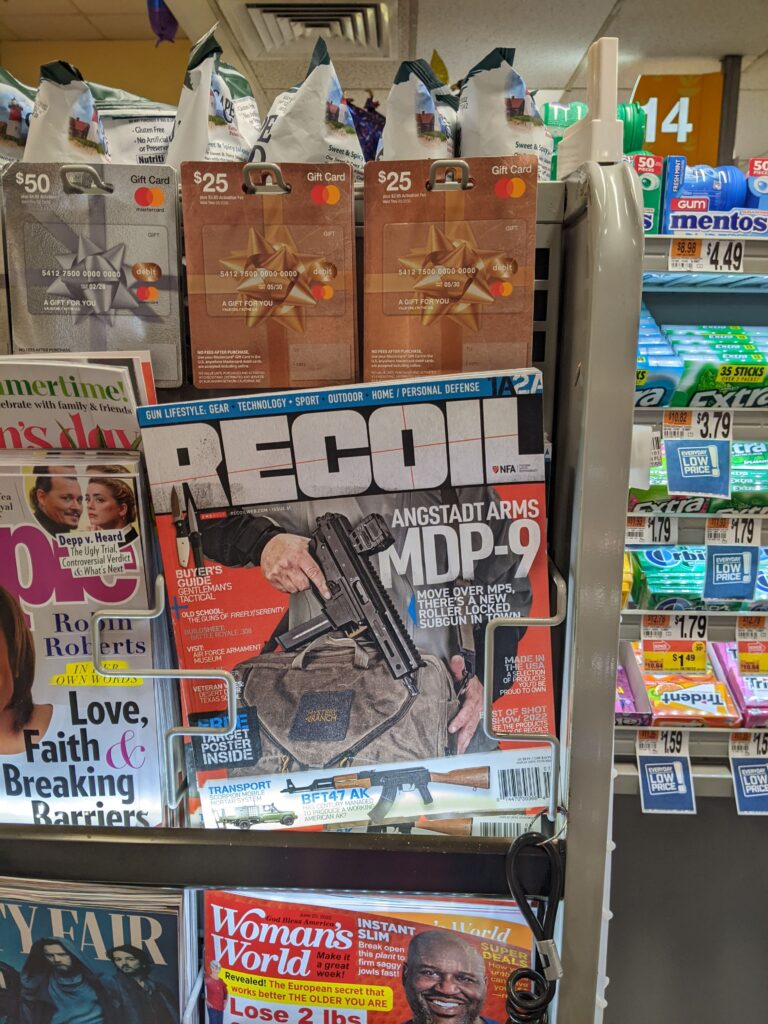 I was surprised and disappointed today to find Recoil gun magazine next to the People and Vanity Fair at the checkout at my neighborhood Giant. Really, Giant? END_OF_DOCUMENT_TOKEN_TO_BE_REPLACED 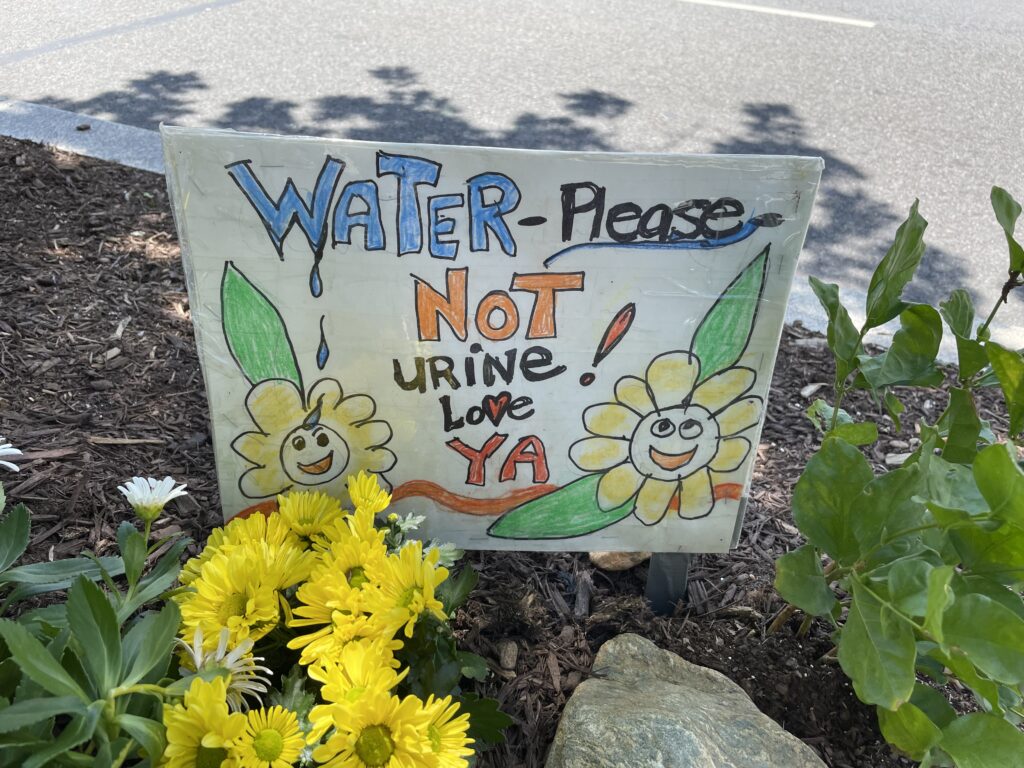 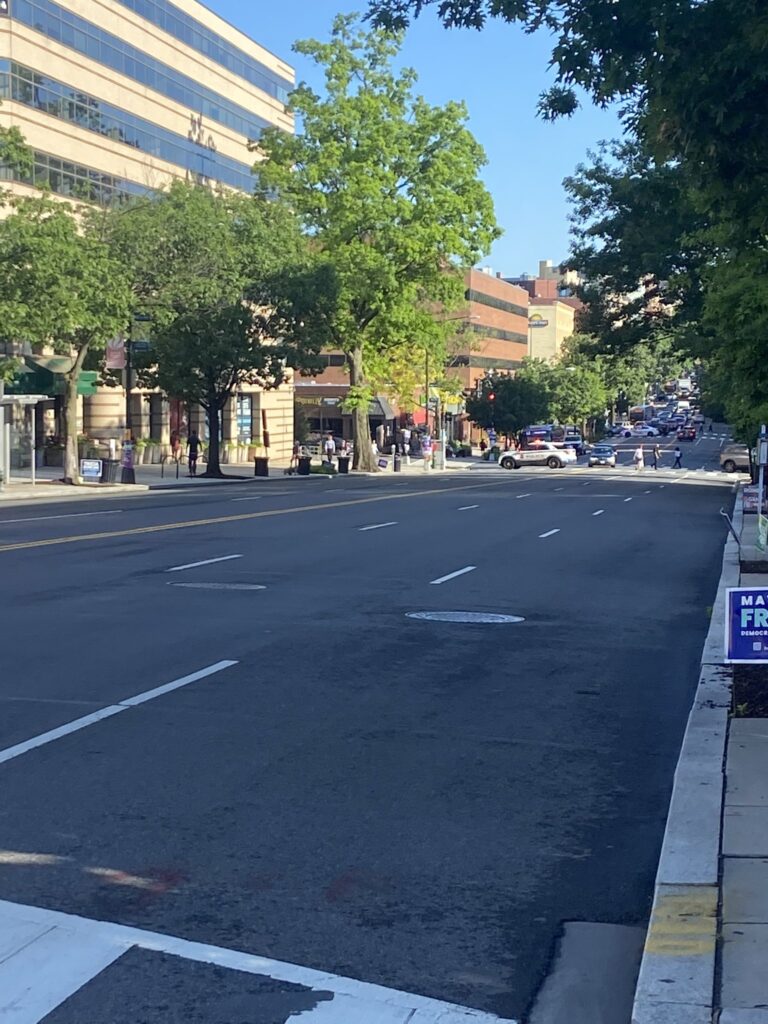 Update: “MPD reports the investigation has concluded at Connecticut Ave NW between Albemarle St NW and Tilden St NW and all associated street closures are open.” 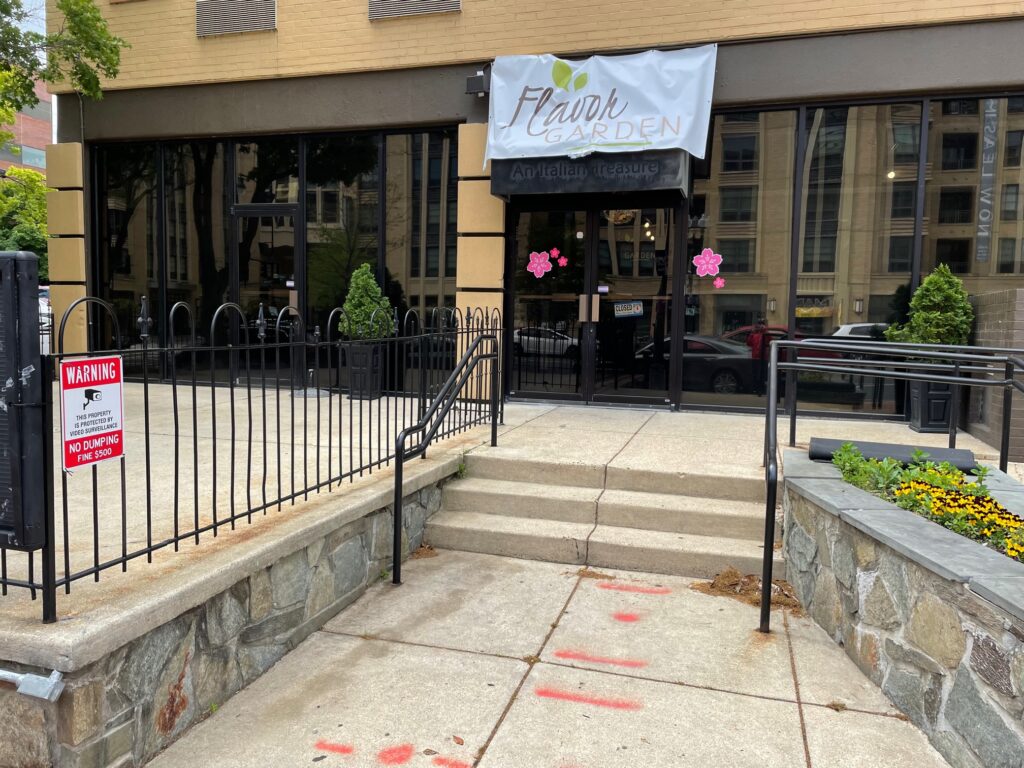 Rachel asks: “Any scoop on what’s moving into Tesoro?”

4.22.22 DC officials provide the third update on a shooting in the 2900 block of Van Ness Street, NW https://t.co/ngVtxjOjRz

From AlertDC: “The shelter in place order has been lifted and associated road closures are being lifted. Please expect residual traffic delays as first responders exit the area.”

From MPD: “The suspect has been located deceased inside of a residence in the area of Conn Ave and Van Ness St, NW.

The shelter in place has now ended.

🚨MPD is seeking the below person of interest in connection to the shooting in the 2900 block of Van Ness Street, NW. This individual is 23 year-old Raymond Spencer of Fairfax, Virginia. 🚨 pic.twitter.com/ziR0Vutw0p

MPD reports 7:39pm “MPD is seeking the below person of interest in connection to the shooting in the 2900 block of Van Ness Street, NW. This individual is 23 year-old Raymond Spencer of Fairfax, Virginia.”

7:54 pm Update: “There are 4 total victims in this shooting incident. 2 adult females, 1 adult male, and a juvenile (12 year-old) female. The additional adult female victim is in her 60’s and suffered a graze wound to the back.” 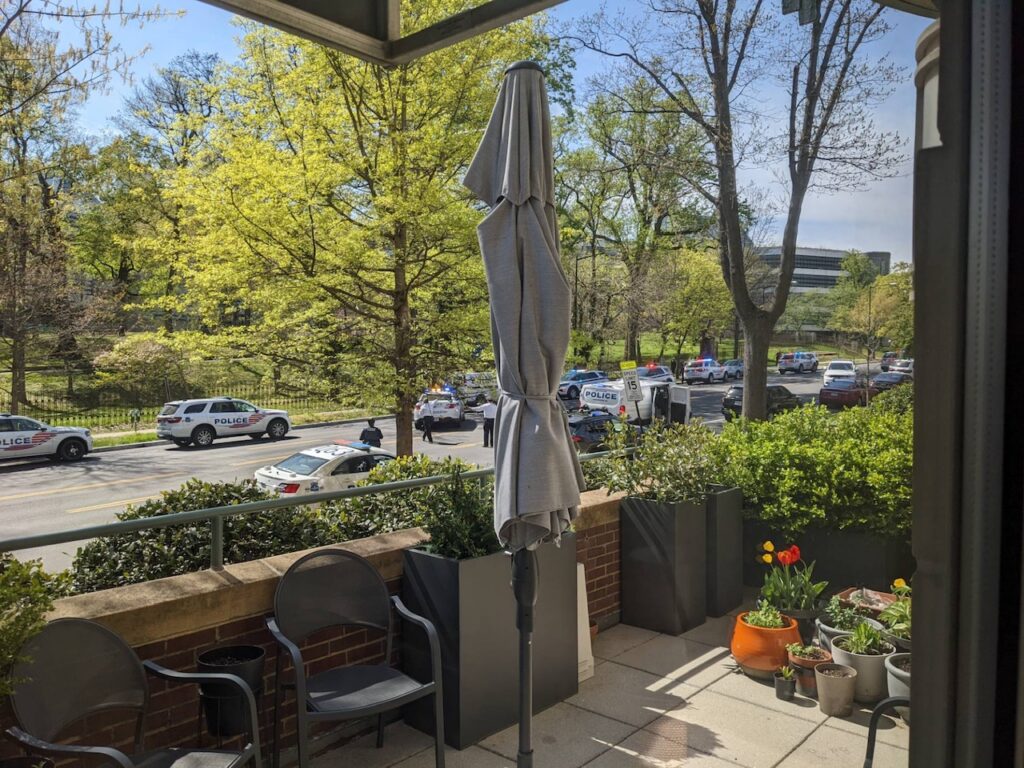