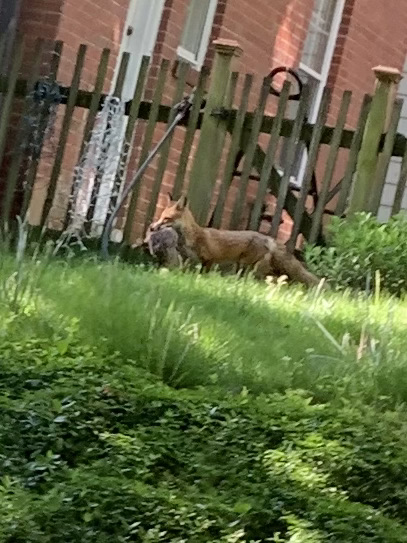 Thanks to Sarah for sending from Wakefield: “I saw this fox with an unidentified animal in its mouth this morning at Appleton NW and 36th.” 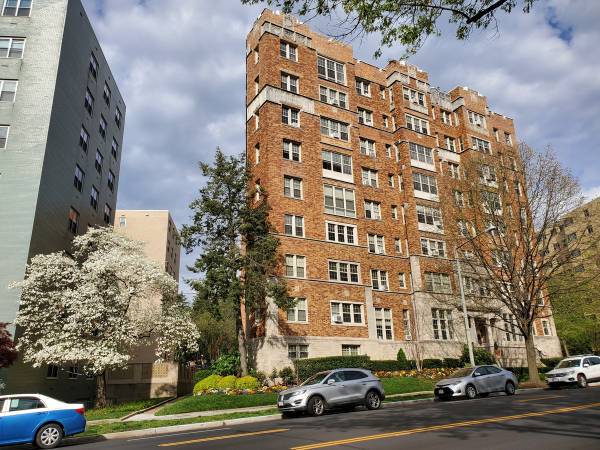 In case you missed reference from the title.

This rental is located at 4550 Connecticut Avenue, NW near Brandywine. The Craigslist ad says: 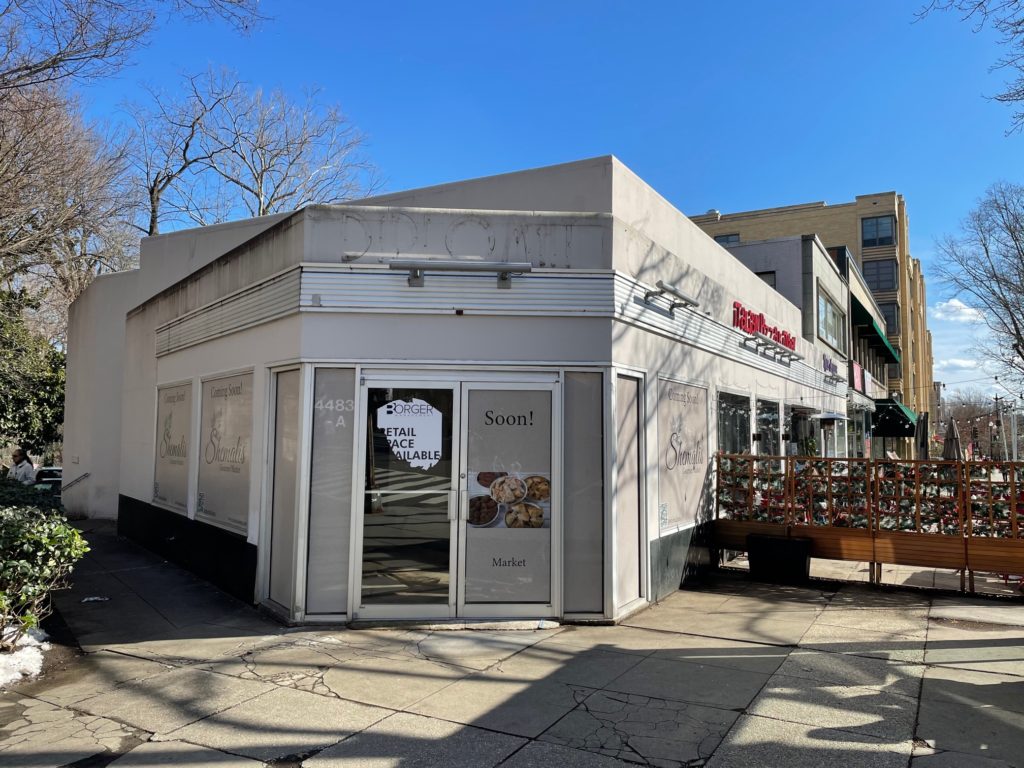 Thanks to Amanda for sending: “I noticed a sign for Shemali’s at the old Diplomat Cleaners at Connecticut and Albemarle – looks like the neighborhood is getting a Lebanese market.” END_OF_DOCUMENT_TOKEN_TO_BE_REPLACED 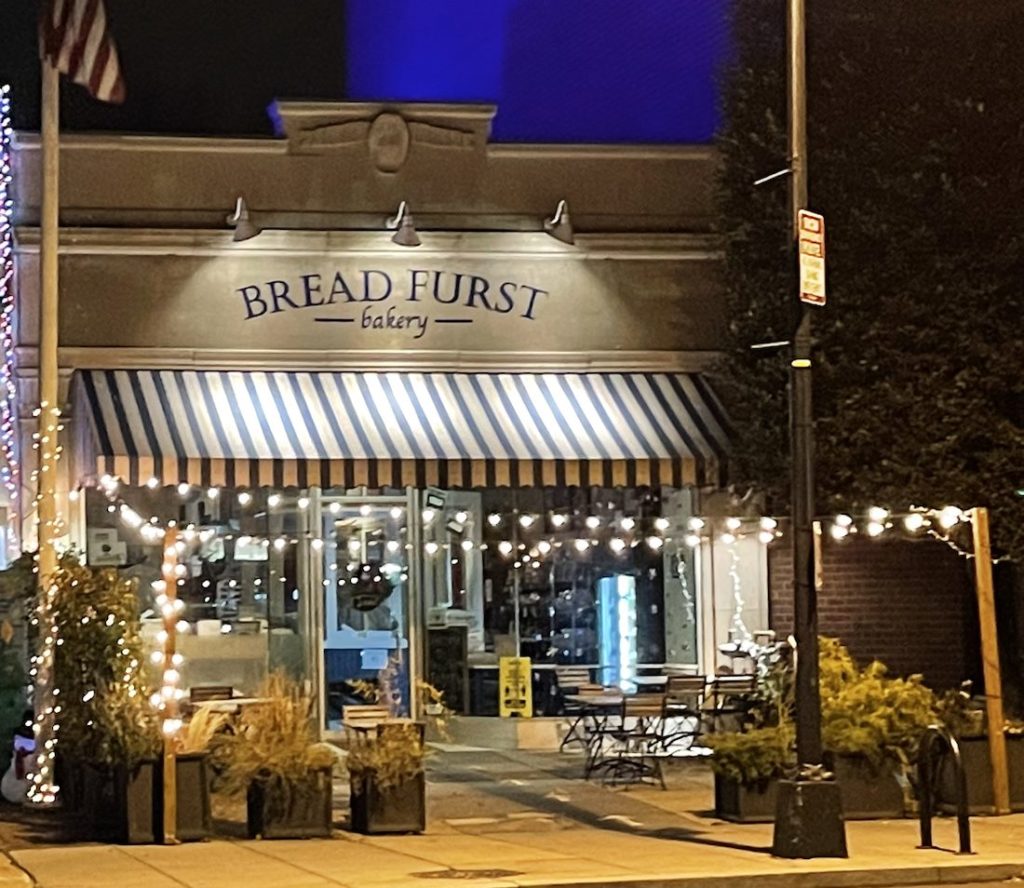 “With the Super Bowl coming up in two weeks we here at Bread Furst are testing out the waters on our Pop-up “Alberto’s Pizza”.

In trying to come up with fun ideas for Super Bowl our head baker Ben Arnold wanted to get back to his roots and create a menu of pizza pies for Super Bowl Sunday. Ben’s passion for baking and working with dough began while he was in high school working at a local Pizza shop. With that in mind the pizza menu was a go. Since I was here as well and Ben makes a perfect Philly hoagie rolls for Cheesesteaks, the menu was set.

I have a history of making cheesesteaks and Super Bowl foods having owned Ventnor Sports Cafe in Adams Morgan for more than a decade catering to Philly fans in DC. I’ve dusted off my nacho and wing recipes and I will be manning the kitchen while Ben handles the pizza oven. END_OF_DOCUMENT_TOKEN_TO_BE_REPLACED 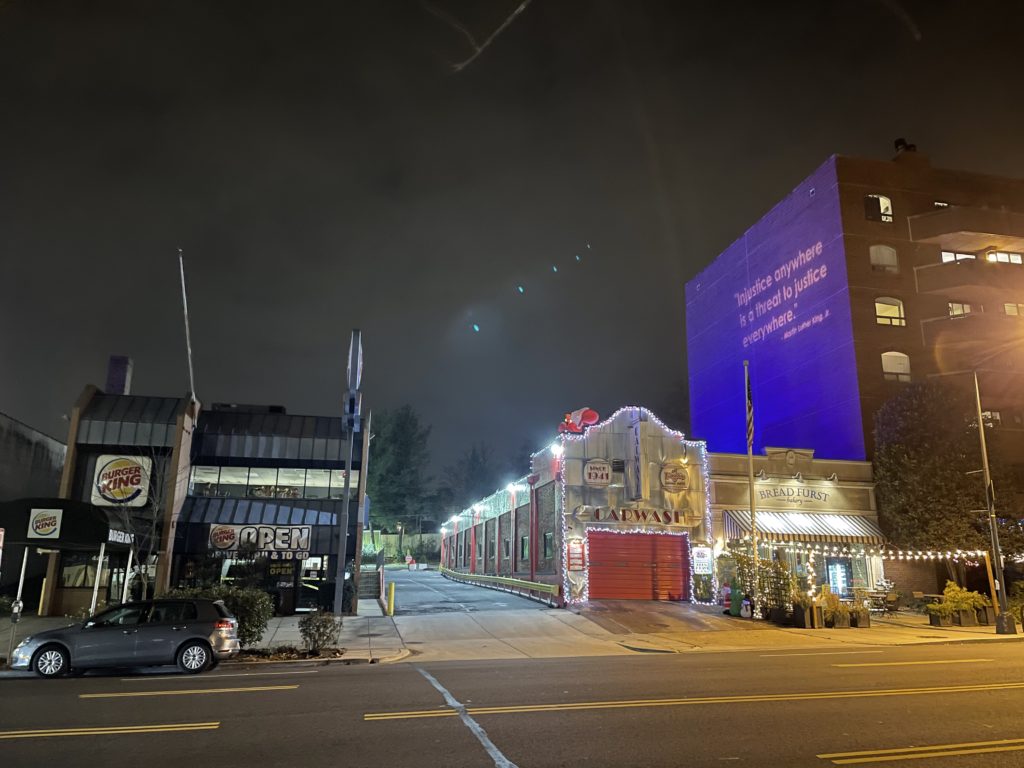 Did the Burger King on Connecticut Avenue finally close? It’s disappeared from GrubHub/DoorDash and the website says “closed” for every day of the week now.”

Not sure what’s going on with the websites but every time I walk by the Burger King has been open for take out and drive thru. STAY TUNED.

If you’ve never been blessed to see some amazing photos of the inside here. 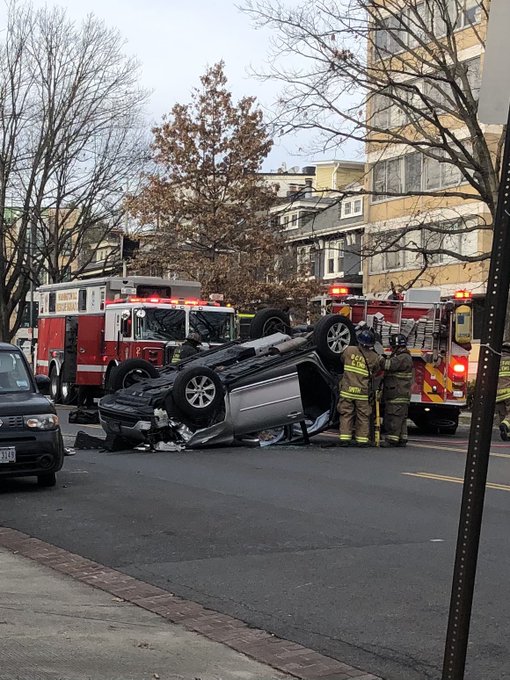 Laura and Diane send these frightening photos: “Yesterday around 2:30pm on Connecticut and Ingomar. Hope everyone is doing ok.” END_OF_DOCUMENT_TOKEN_TO_BE_REPLACED 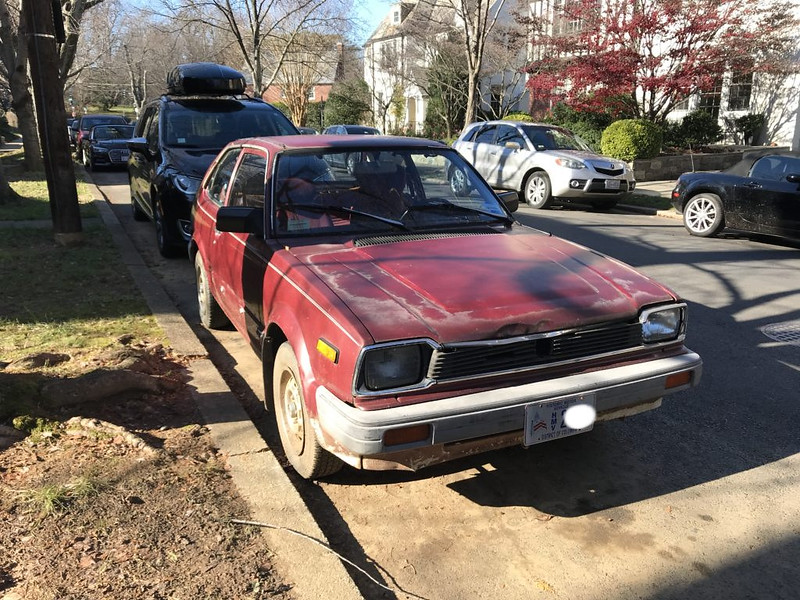 Thanks to Kris for sending this historic find from Wakefield: “it even has DC historic motor vehicle tags.” Any guesses on what year this old Honda Civic is? 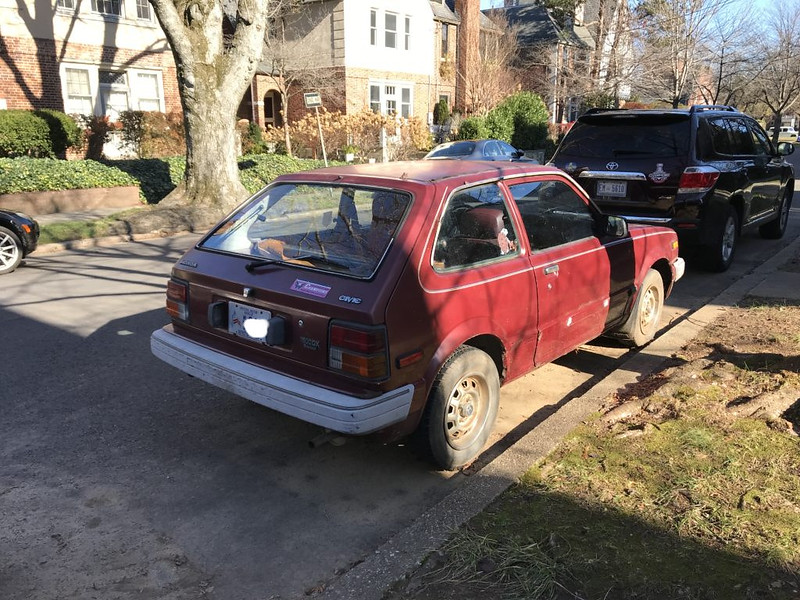 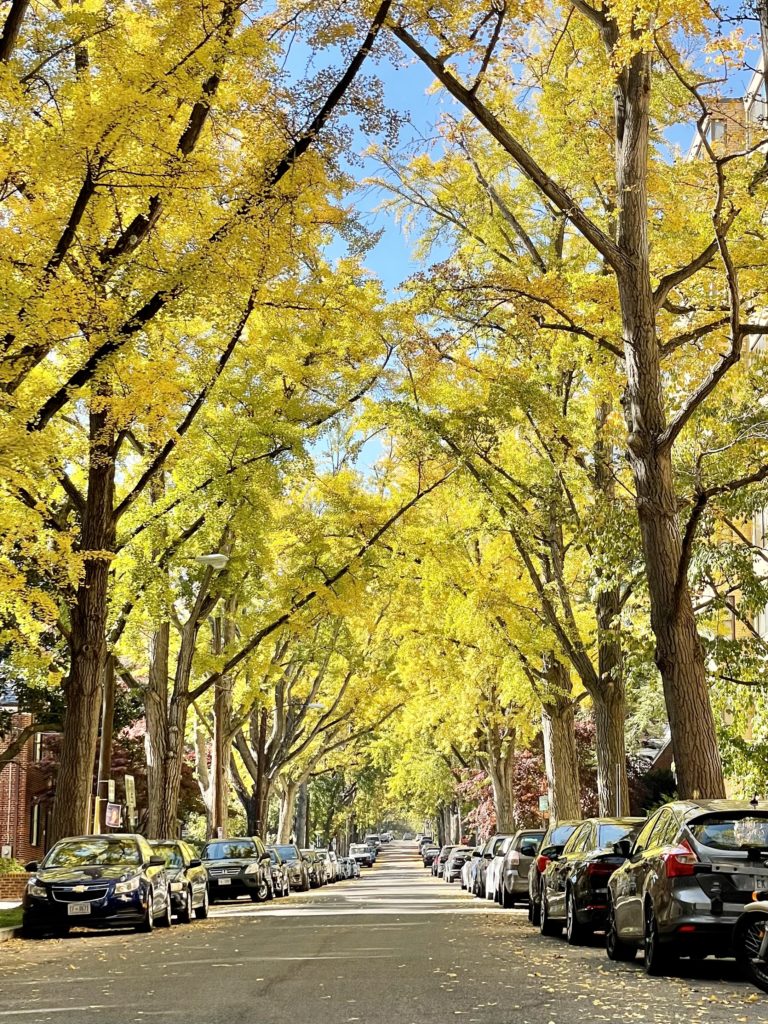 The dance has begun: END_OF_DOCUMENT_TOKEN_TO_BE_REPLACED 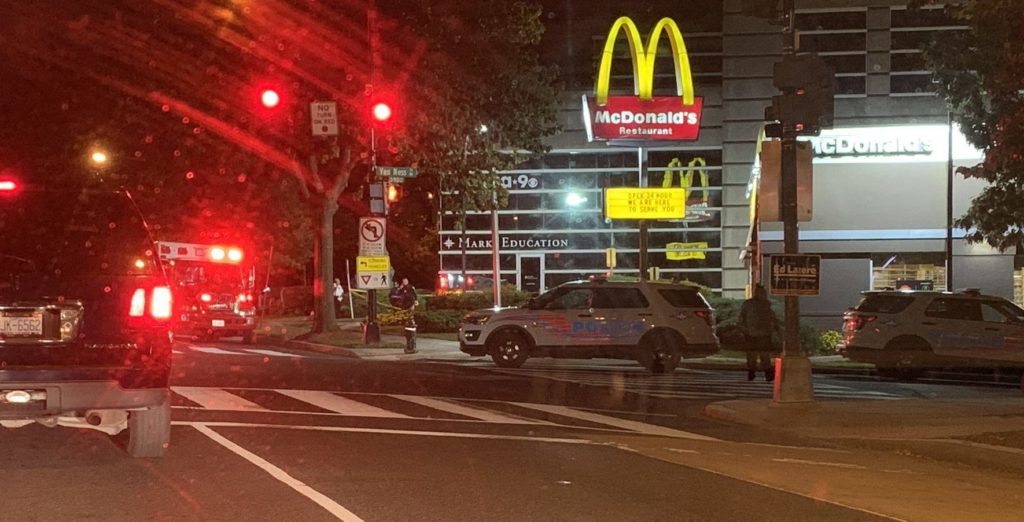 Alan Henney first about the incident above around 11:40pmreported:

“SHOOTING, UPPER NW DC— Male walked into McDonalds at Wisconsin Ave and Van Ness St NW-DC. He may have been shot near 40th St and Wisconsin Ave in North Cleveland Park/Tenleytown area. He has been struck in the arm. Police searching for a crime scene.

update on Tenleytown shooting: Approx. 75yr-old man was in his car near the firehouse when a pedestrian fired shot(s) into the auto injuring his arm. He then drove to McDonalds for help.”

MPD later reported what would be a shooting homicide at the gas station on Connecticut Ave across the street from Politics and Prose: “Confirmed Shooting in the 4900 block of Connecticut Ave NW. Lookout for: 2 B/M’s DARK COMPLXN, TALLER POSSIBLY WEARING NEW BALANCE TENNIS SHOES.”

“The shooting occurred about 1:30 a.m. near Connecticut and Nebraska avenues NW, according to a police official.

The victim was not identified immediately but appeared to be a teenager or young man, police said. It appeared that he was shot twice, the official said.”

“Detectives from the Metropolitan Police Department’s Homicide Branch are investigating a homicide that occurred on Monday, October 5, 2020, in 4900 block of Connecticut Avenue, Northwest. END_OF_DOCUMENT_TOKEN_TO_BE_REPLACED 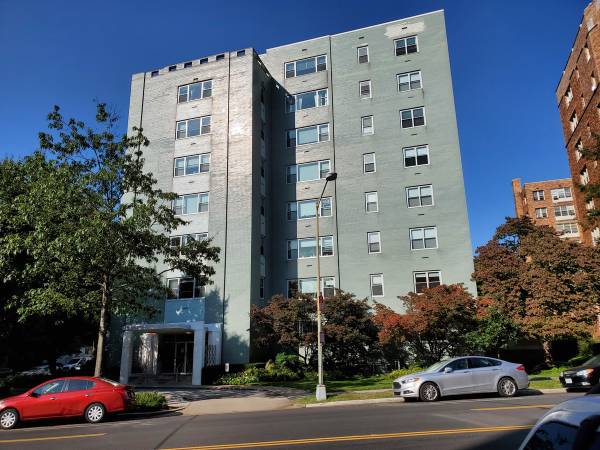 This rental is located at 4530 Connecticut Avenue NW near Appleton. The Craigslist ad says: