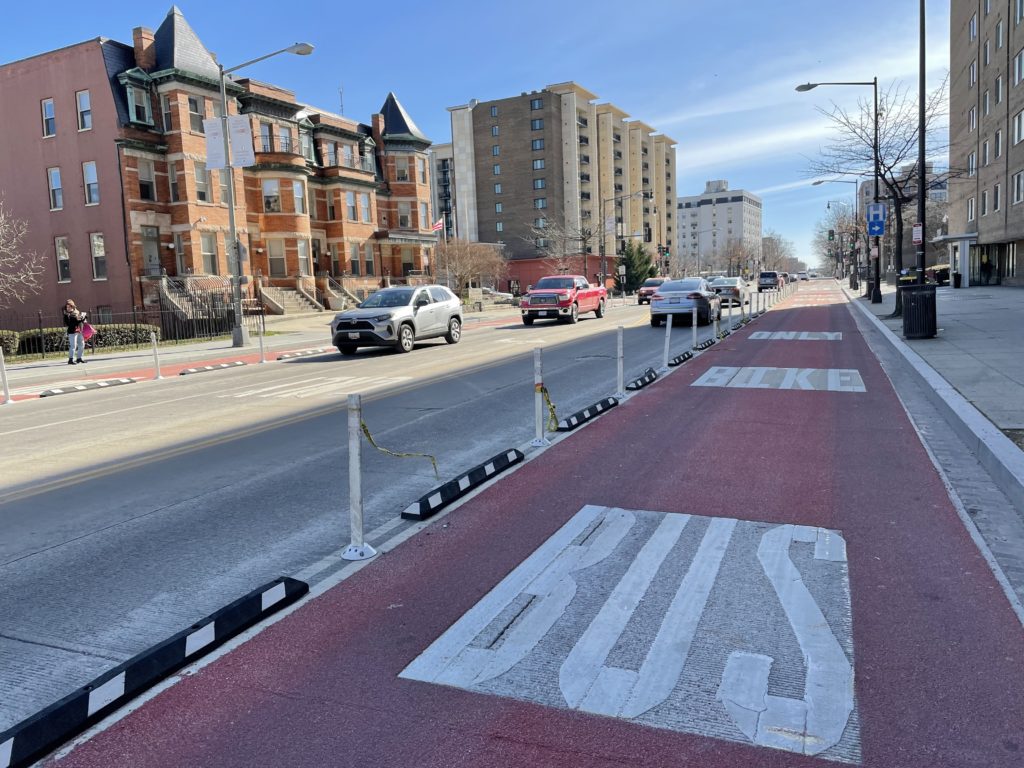 From the office of Councilmember Charles Allen:

“Today, DC Council Chairman Phil Mendelson and Councilmember Charles Allen (Ward 6) are holding a joint press conference to announce Councilmember Allen’s Metro For DC bill will include two major additions when it comes up for a vote next Tuesday, December 6.

The bill makes all WMATA buses operating in the District free to riders beginning next summer.

In a major win for DC’s nightlife and service sector, the bill funds overnight service for 12 major bus lines.

The bill still provides a $100 monthly subsidy for all DC residents to use on Metrorail, buses outside of DC, or anywhere else SmarTrip is accepted. This is similar to what was previously announced.

In connection with the Metro For DC legislation, Chairman Mendelson and Councilmember Allen will move emergency legislation next Tuesday to dedicate projected revenue growth to pay for free bus service and overnight bus service to commence next summer, giving WMATA the certainty it needs to start planning service changes. The cost to make bus service free is estimated at approximately $32 million and an additional $8.5 million is needed to extend overnight service. It is expected that the changes in bus service will begin July 1 of next year.

“This is a big deal,” Chairman Mendelson said. “We’ll be the first major city in the United States to provide free bus service. This will be game changer for bus users; reliable schedules and faster boarding. There’s no question it will encourage more folks to use public transit, which means numerous benefits, from reducing congestion to improving the environment to stabilizing WMATA.”

“When I introduced Metro For DC almost three years ago, it was because I thought we could make public transit both more affordable and also dramatically improve service. Now that we’re recovering from the pandemic, it’s clear this would be a win for riders, a win for DC’s businesses, and a win for WMATA,” said Councilmember Allen. “Making the bus fare free for all of DC is the type of transformational change that we can lead, with a focus on equity and economic recovery. It’ll make a difference keeping buses moving faster on our streets and in the monthly budgets of thousands of DC families.”

photo by Mr.TinMD “Dear PoPville, I need an employment lawyer, stat — preferably one with experience with federal jobs. The firm Shaw, Bransford, and Roth was recommended to me, but…

via google maps From MPD: “Detectives from the Metropolitan Police Department’s Fifth District seek the public’s assistance in identifying and locating a suspect and a vehicle in an Attempted Kidnapping…