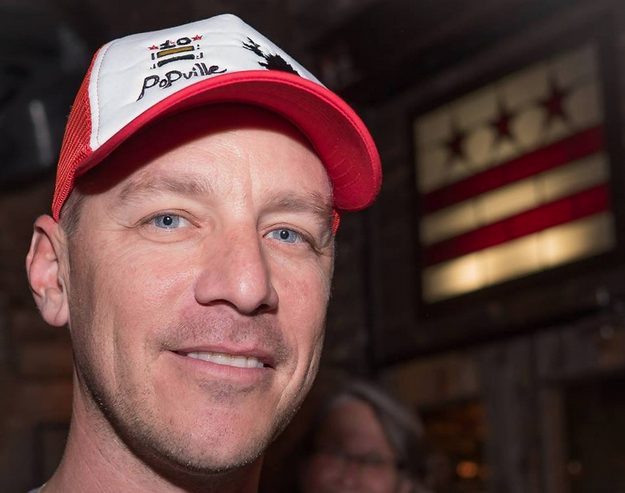 Dan Silverman: Citizen of the District of Columbia. Photo by Hugh Clarke

So as most people know by now Wawa opened their first D.C. location yesterday and there was a massive turnout. And there was a massive, predictable, “I don’t get it” counter-reaction. And the even more predictable – “it’s just gas station food.” But what pushed me over the edge was a twitter response from someone reacting to Jessica Sidman’s viral photo of the huge line inside:

“This is why DC is the worst city in the world, these hipsters think Wawa is some kind of authentic poor people thing and they want to be a part of it.”

No, no, no. NO. First of all we’re not even the worst city in the mid-Atlantic. Second of all look at the God damned photos – these people are not hipsters. If anything they are the opposite of hipsters. And third of all “authentic poor people thing”? What? Anyway it got me thinking how the anti reaction to anything popular in D.C. is so reflexive these days. Can we not just be happy for whatever reason for one half second?

“You fucking lemming.” Well God damn – who pissed in your cheerios? Nobody is saying you personally have to be excited about it. Anytime any group get excited about anything the wet blankets come out in full force. And it is those people who ding our city far more than some people’s preference in coffee. It’s certainly not the “hipsters” eating at Wawa. That’s for damned sure.

So my friends, don’t like Dunkin Donuts? Enjoy the plentiful other options that now exist. Don’t understand the hype about ________ – don’t go. But for the love of God – you don’t gotta bring everyone down with you. You know I see these lines for x,y, and z and they please me. Ed. Note: In moderation, I’m not a masochist. Folks hanging out together. Anticipation. Excitement. And ultimately happiness. These are good things. So to whatever floats your boat, I say, enjoy. Period.

Maybe the tweet I’m reacting to was intended as a joke, maybe I just had too much free time today but the point stands. Now stay tuned for wall to wall Wegmans coverage.