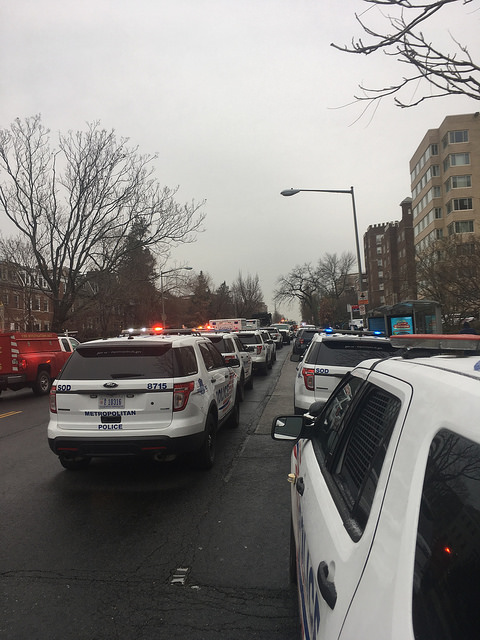 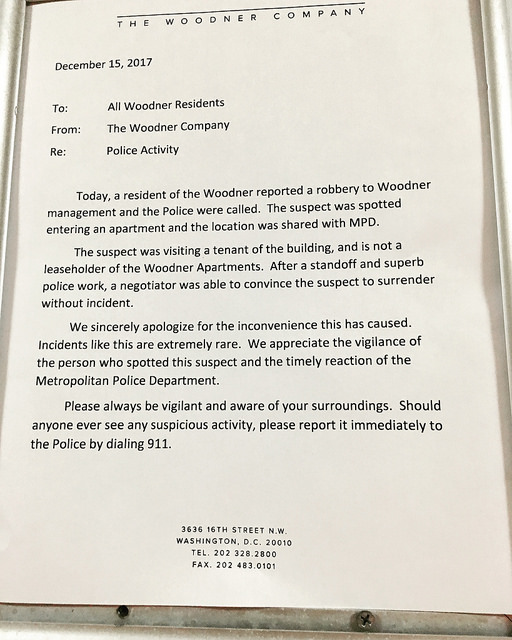 4pm Update: MPD reports the police activity in the 3600 Block of 16th Street NW is cleared and the streets are open.”

“Today, around 10:15 am, the juvenile victim reported that he was in the elevator of 3636 16th Street, NW, with two suspects that displayed handguns and demanded the victim’s property. The victim was unharmed and reported the offense to the police. The responding officers conducted a preliminary investigation and located the apartment in which the suspects had entered after the robbery. The officers attempted to make contact with the suspects however they refused to allow the officers into the apartment. The officers secured the hallways and requested that the Emergency Response Team respond to assist with apprehending the suspects. One suspect exited the apartment and he was positively identified by the juvenile victim as one of the persons involved in the robbery inside the elevator. After several hours, the remaining occupants of the apartment were removed. The second suspect in the robbery was arrested. During this barricade situation, 16th Street between Newton Street and Arkansas Avenue was closed. Recovered from the apartment was the juvenile victim’s property as well as three handguns.

22-year-old Antonio Lewis of Southeast, Washington, DC, and a juvenile-male of Southwest Washington, DC. No one was injured during this incident.”

Thanks to all who’ve messaged. Matt reported just after 12pm:

“Massive police presence at The Woodner on 16th st. 16th is shutdown for the full block between Spring and Oak. Reportedly an armed robbery in the elevator and the attacker is barricaded inside.”

Cars are able to divert onto 14th St via one of the small streets. Buses aren’t able to make turn so are sitting on 16th St.
Fire trucks have hoses out on the street so at some point it seems there was also a fire.
16th St shut down past the bridge/Arkansas Ave” 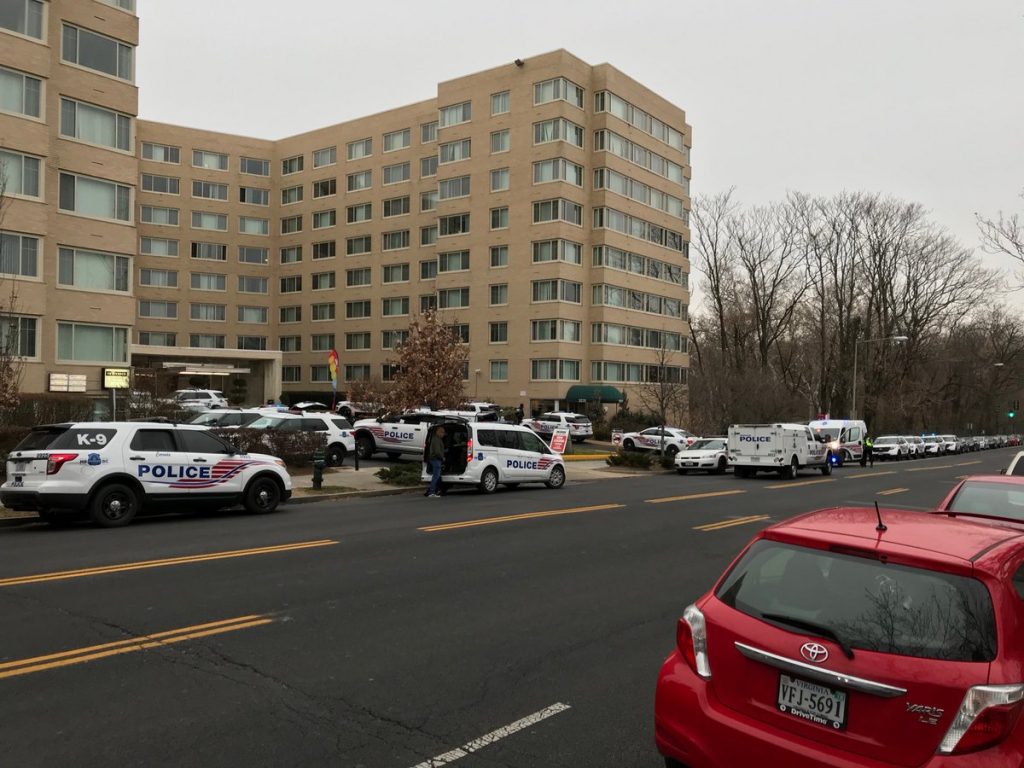