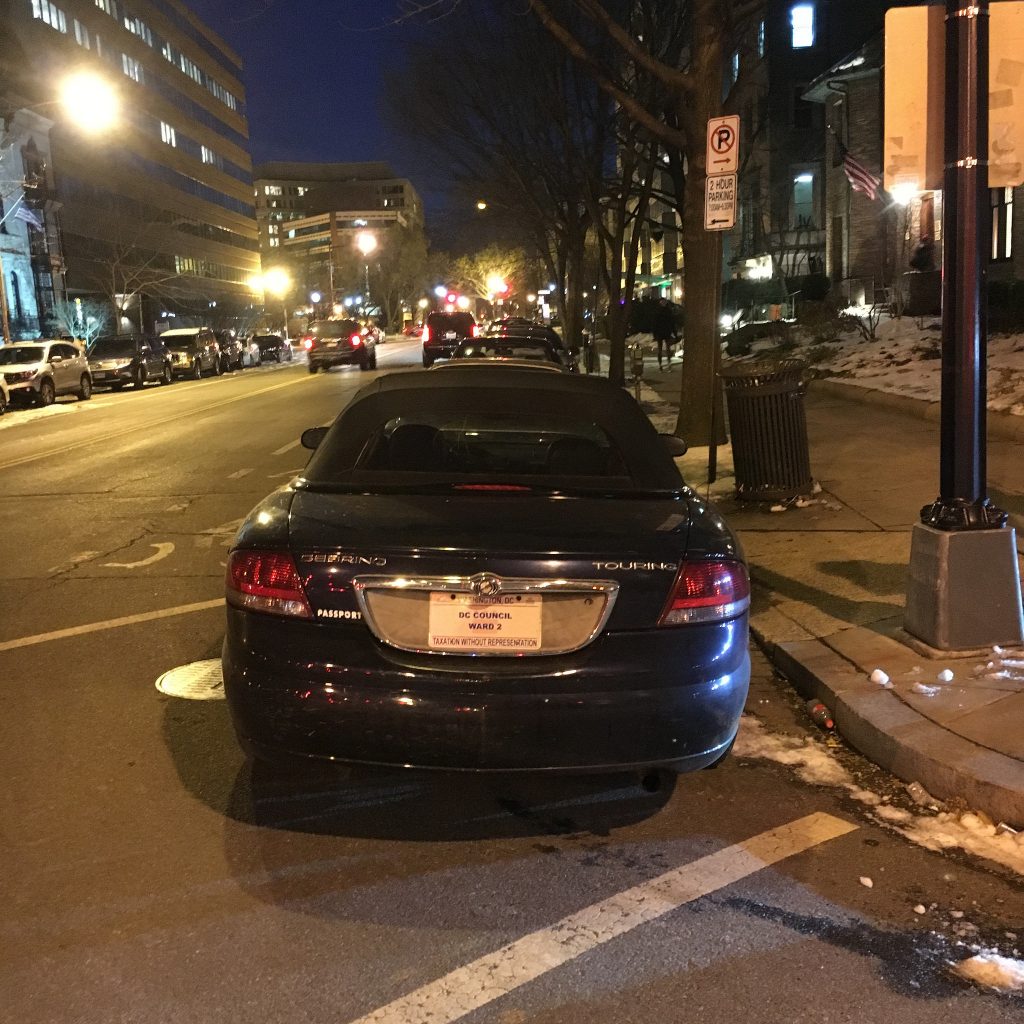 Jack Evans (Ward 2 council member) parked like an a**hole tonight in Dupont Circle. It’s bad enough navigating the sidewalks and intersections when they’re covered in ice, but this entitled politician made it even worse by parking his car blocking a pedestrian crossing and handicap access point to cross New Hampshire Ave NW. He forced everyone to walk in the street into oncoming traffic. I’m sick of entitled politicians treating this city like they’re own personal kingdom.

Jack, you have to follow the law like everybody else. And if you decide to break them (like you did tonight) you might remember you license plate makes it easy to figure out you’re the a**hole.