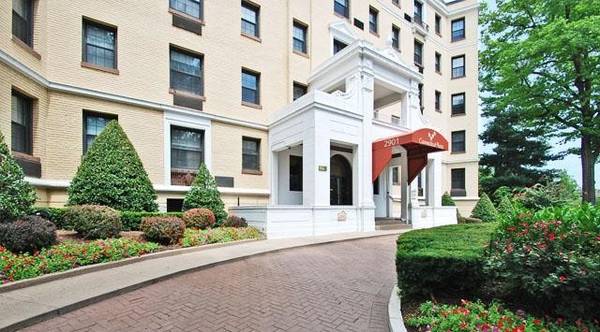 This rental is located at 2901 Connecticut Ave, NW. The Craigslist ad says: 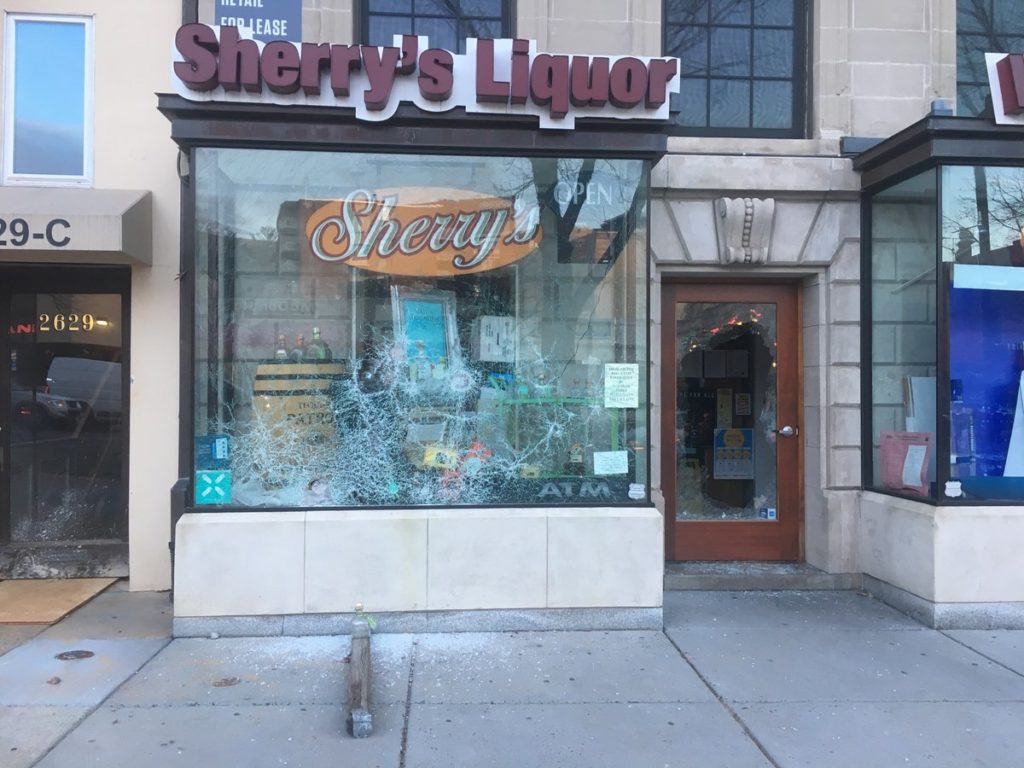 Ugh. Thanks to Morgan for sending:

“Somebody really went wild at Sherry’s in Woodley Park overnight. So disappointing- it’s a great store” 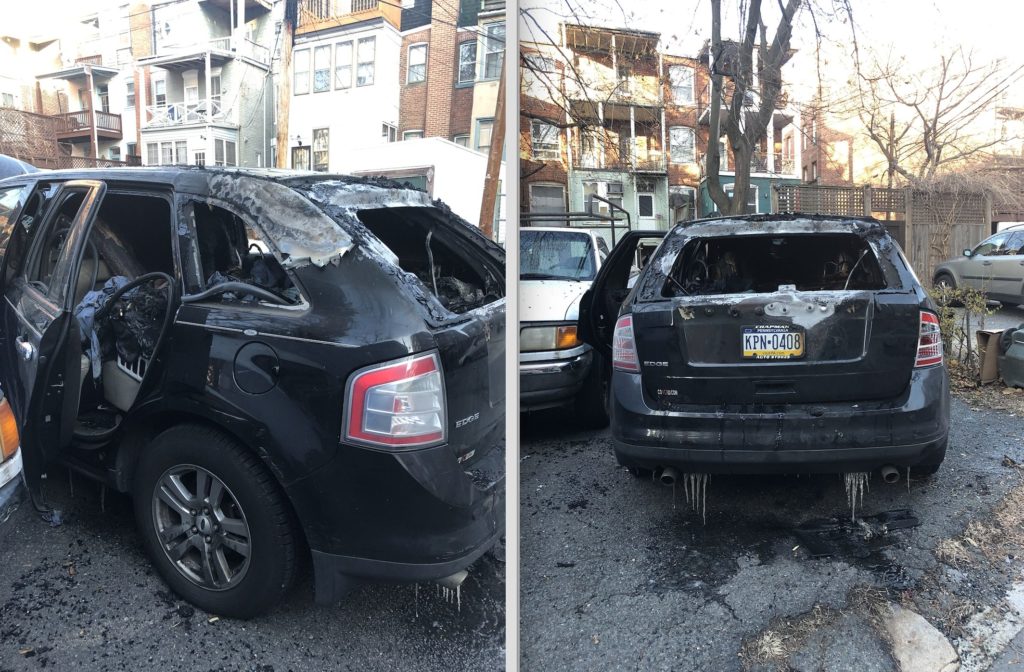 Thanks to Emily for sending from Woodley Park: “Car torched at 2:00am in the alley between Cathedral and Connecticut last night. Firefighters responded within 6 minutes.” 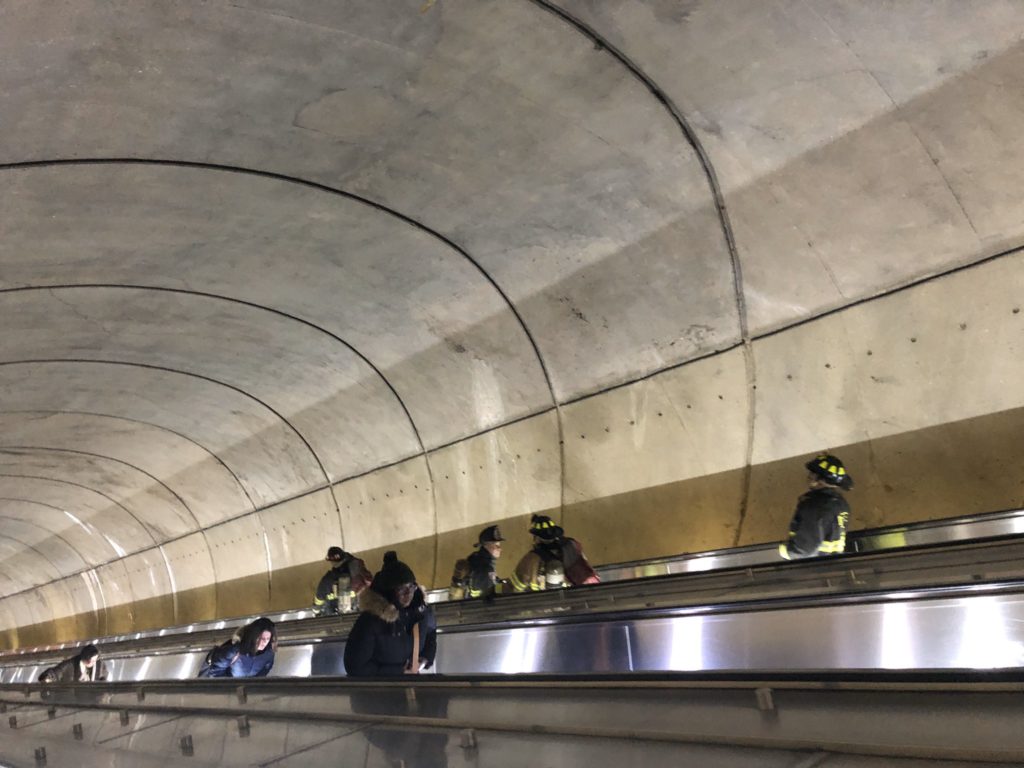 Thanks to Maddi for sending around 10am: “fire fighters at Woodley Park metro. Station is being evacuated. it’s been a real week for the red line.”

Update from WMATA at 10:05am: END_OF_DOCUMENT_TOKEN_TO_BE_REPLACED 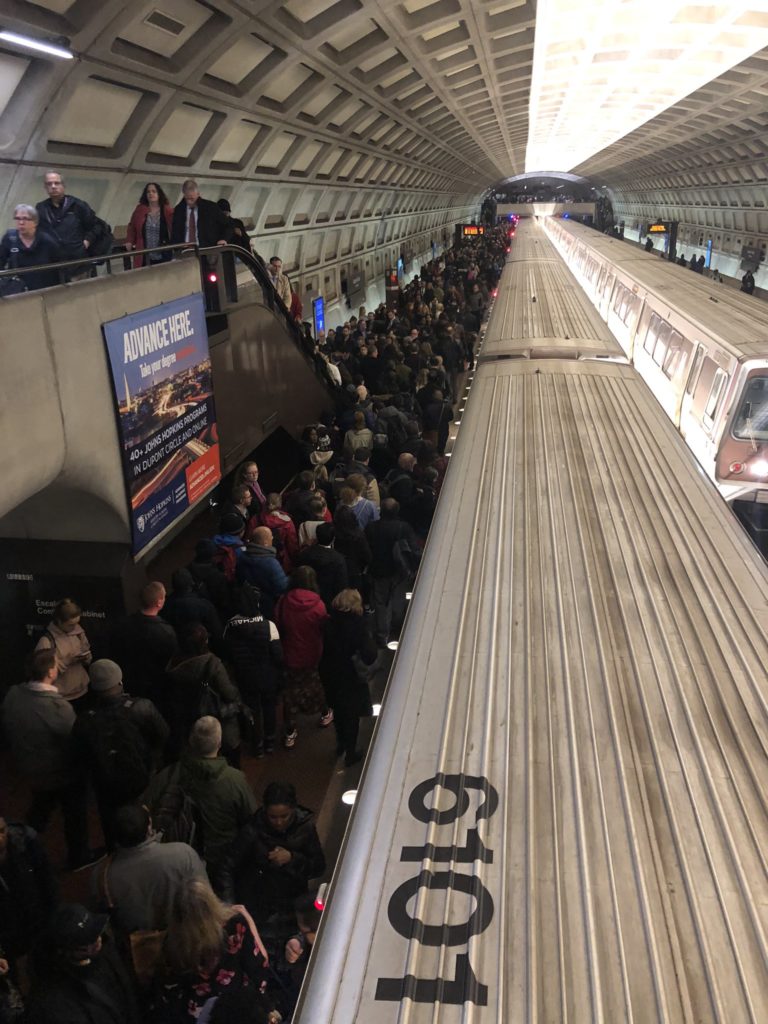 “Red Line Delay: Trains are single tracking between Van Ness & Friendship Heights due to a track problem outside Van Ness. Expect delays in both directions.” 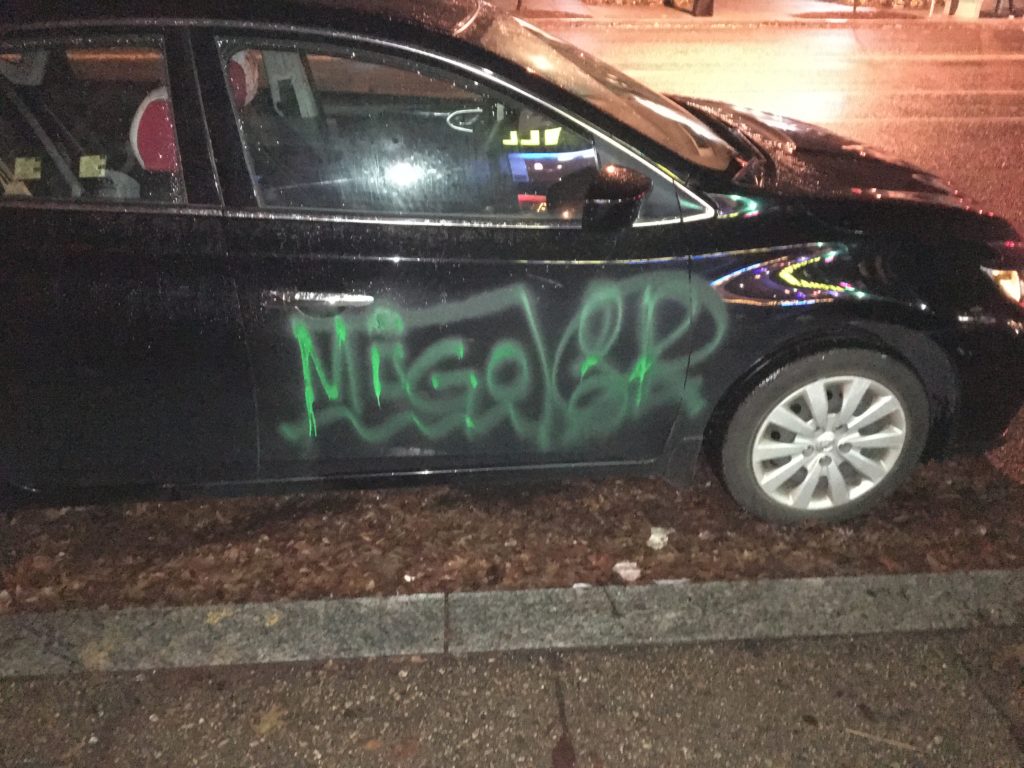 The car in this picture was outside the CVS on Calvert. We did manage to find these owners and gave them our info. They filed a police report eventually.

It was very frustrating to see. The police response was certainly underwhelming as well. We saw 3-4 taggings, I was also able to tell the Police exactly where the kids were headed. The police were disinterested or, more likely, focused elsewhere. My wife and I swung by the top of 18th and sure enough, the kids were sitting there and no police in sight. Apparently the boundary line is right around there which added to the complexity of “who responds to this call.” They also “can’t do anything” until the property owner files a report. Not helpful.” 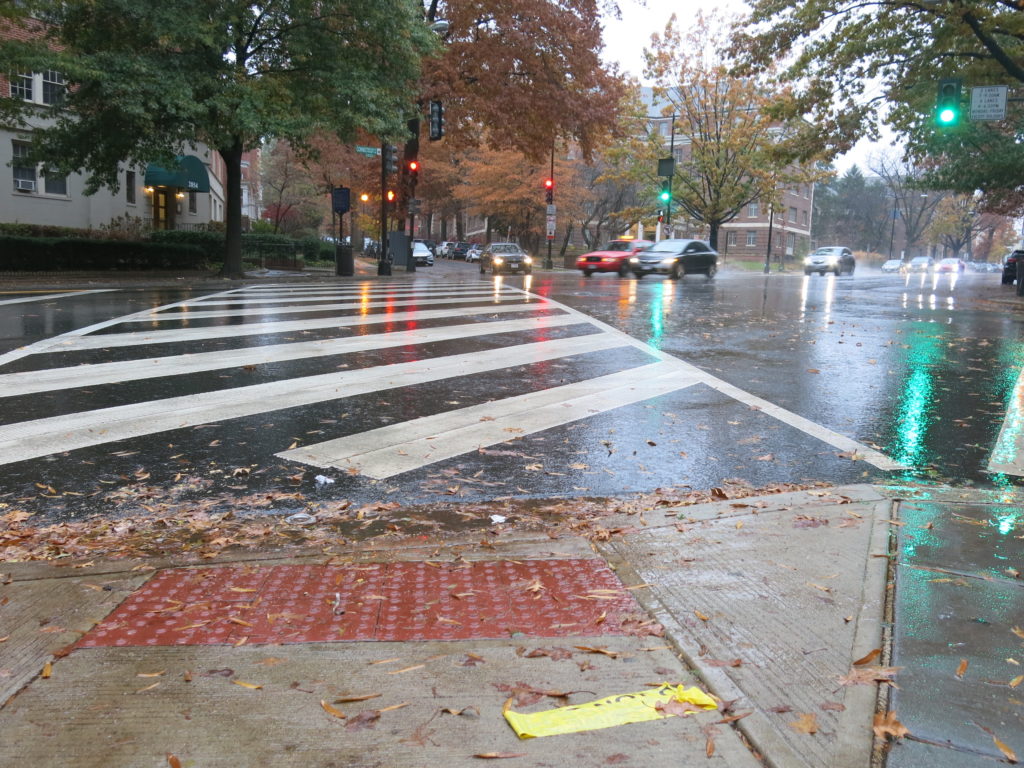 Saturday night’s shooting happened right in front of our building in Woodley Park. Our coop sent Mary Cheh, Jimmy DuBois (our ANC), and MPD District 2 Commander Duncan Bedlion the following letter. This is the most serious incident in recent memory, but it’s not the only problem we’ve seen with the District’s inexplicable lack of preparation for Zoolights year after year.” END_OF_DOCUMENT_TOKEN_TO_BE_REPLACED 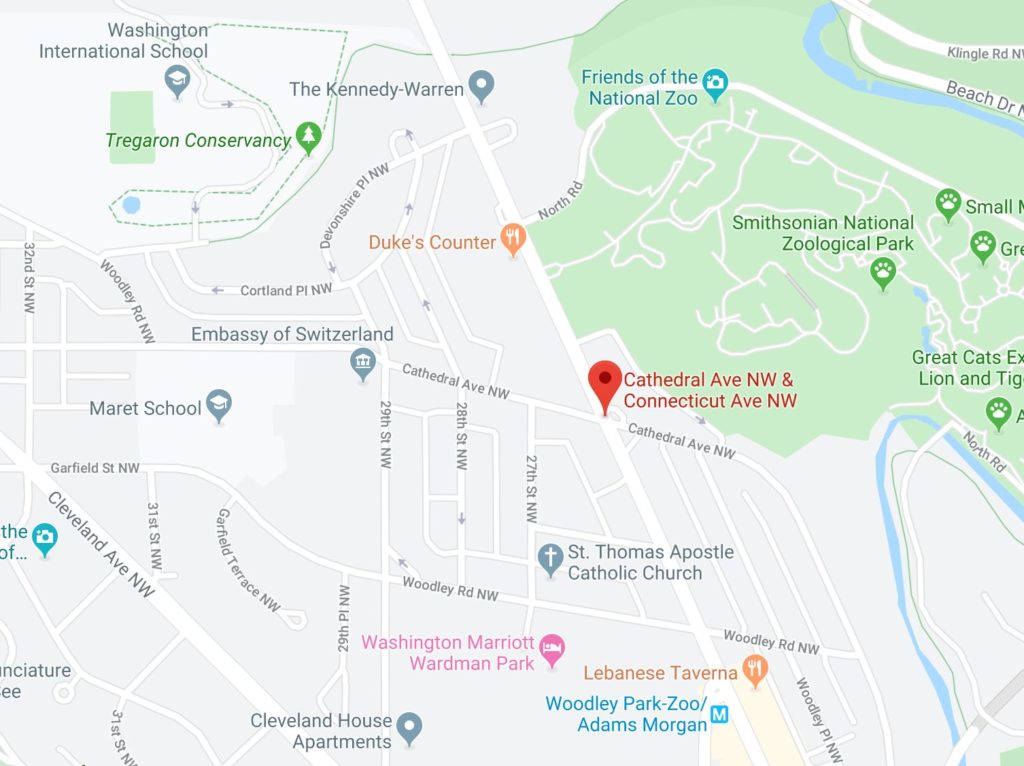 “On Saturday, November 30th, at approximately 8:35 p.m., Second District Officers were in the 2800 block of Connecticut Avenue, NW, when they heard the sound of gunshots. Shortly thereafter, Officers located a juvenile male, in the same block, suffering from multiple gunshot wounds. Approximately 30 minutes later, another juvenile male was located in the 1900 block of Calvert Street, NW, suffering from a gunshot wound. END_OF_DOCUMENT_TOKEN_TO_BE_REPLACED 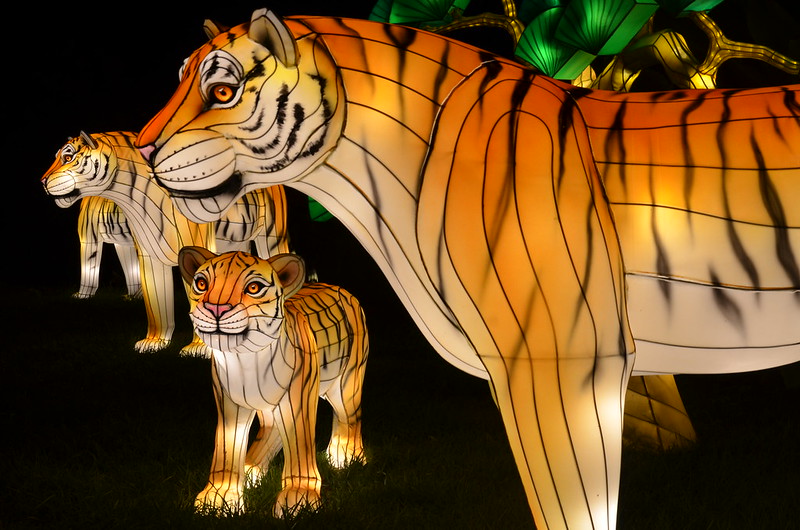 “Visit the Smithsonian’s National Zoo for its annual holiday lights festival, ZooLights, powered by Pepco. For this free event, half-a-million environmentally friendly LED lights will illuminate the Zoo for 31 nights–Nov. 29 through Jan. 1, 2020–from 5 to 9 p.m.

This year, guests can expect dazzling new attractions, including dozens of large animal lanterns all crafted in China. Pandas, monkeys, zebras, elephants and more will be beautifully lit from within. Also new is a dreamy art installation, Entre Les Rangs, from Montreal. Walk through this award-winning exhibit, a beautiful field of lights. END_OF_DOCUMENT_TOKEN_TO_BE_REPLACED 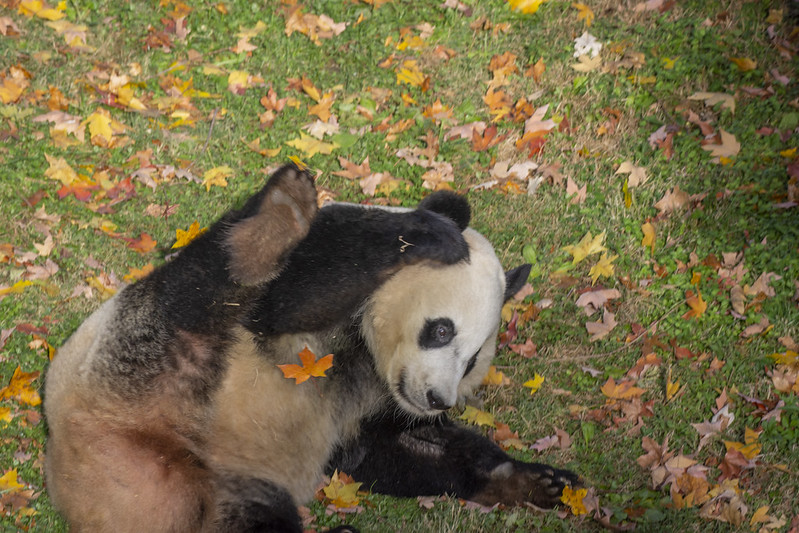 “Metro will make it easy for riders to get to the Smithsonian National Zoo to say bye-bye to Bei Bei, the zoo’s beloved giant panda. Free shuttle buses will drop-off and pick-up customers at the zoo’s entrance while three Red Line stations (Cleveland Park, Woodley Park and Dupont Circle) are closed for major lighting upgrades this weekend. END_OF_DOCUMENT_TOKEN_TO_BE_REPLACED