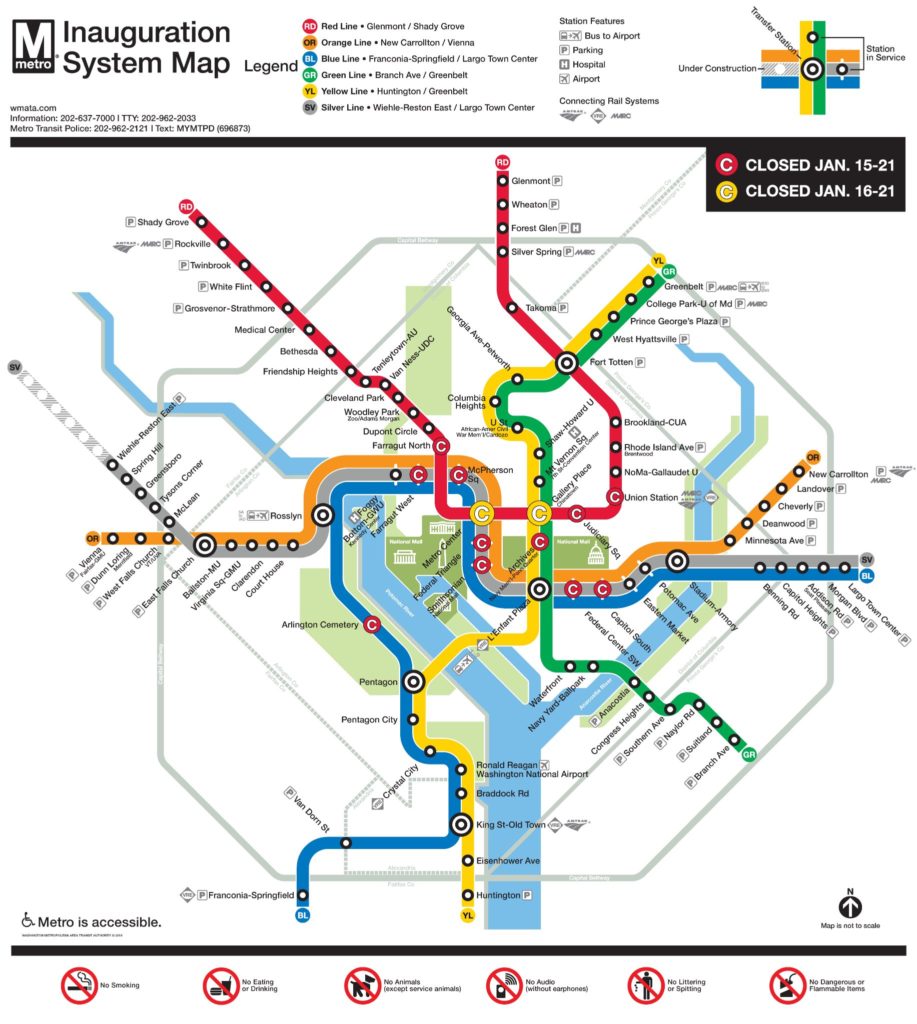 “Metro today announced service adjustments for Metrorail and Metrobus to accommodate the expanded security perimeter that will be in effect for Inauguration beginning Friday, January 15 through Thursday, January 21.

Metro will close 13 stations inside the security perimeter, with 11 stations closing on Friday and two additional stations on Saturday and continuing through the end of service on Thursday. During this time trains will pass through the closed stations without stopping.

Beginning on Friday and continuing for six days, trains will operate Saturday service frequencies (every 12 minutes on the Red Line/15 minutes on all other lines), bypassing all closed stations while residents are urged by local officials to stay out of the downtown area.

“We are working closely with our regional and federal partners to keep the public safe during this National Special Security Event and to discourage travel within the secure zone,” said General Manager Paul J. Wiedefeld. “While we are supporting law enforcement plans to enhance security, we are also keeping essential services in place for our residents who need to get to work, to medical appointments, and to grocery stores.”

In addition, 26 bus routes will be detoured around the expanded security perimeter beginning on Friday through Thursday. Metrobus will operate normal service on weekdays and weekends to accommodate customers making trips outside the zone, with the exception of January 20th, when buses will operate on a Saturday schedule. 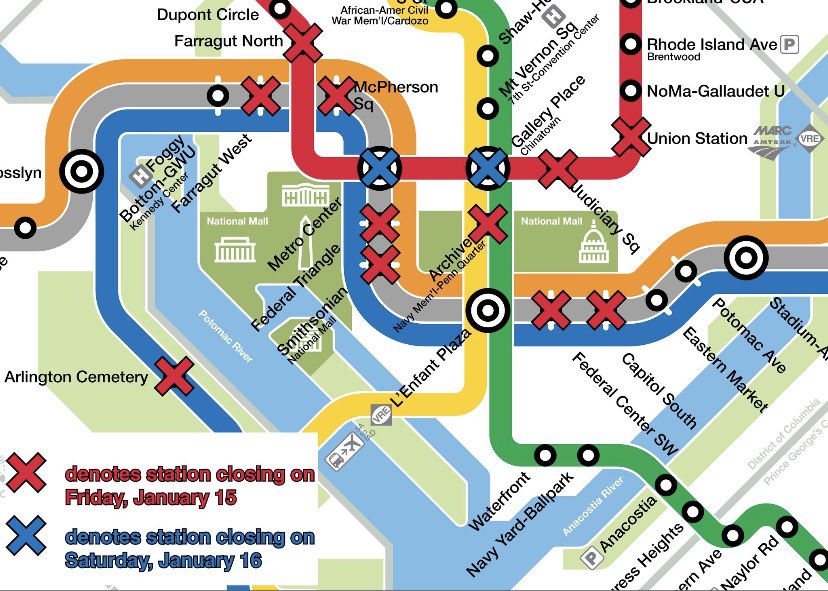 Metro Center and Gallery Place stations will close and trains will pass through the stations without stopping.

Additional station closures and bus detours may be necessary on a temporary basis during this period for security reasons.”