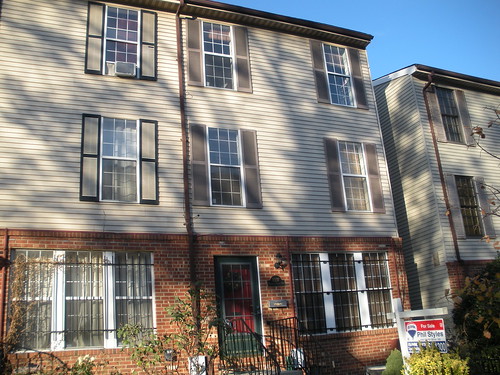 List Price at Contract: $349,000. (Pricing history says $349,000. The final list reads $360,000., which is what the property settled for. My guess is that $349,000. was that sweet spot in pricing that draws multiple offers. It’s not unheard of for an agent to adjust the list to the sale price in cases where the contract ends up being higher.)

Bank Owned?: No. Seller is listed as non-owner occupant, so this may have been a rental unit.

I thought it was interesting that most of the comments from the Good Deal or Not (GDoN) post focused on the location of this property. I’d expect that the majority of buyers that I’ve recently worked with in this price range would be enthusiastic about the location, which is relatively close in to downtown. Most of the buyers that I work with tend to prefer either brand new construction or older properties with “character”, so it’s not surprising that something like this built in the late eighties had to dip a bit in price to attract attention. The mid-$300’s seems to be the appropriate pricing for these units at the moment, since there is currently another unit in this condo association that went under under contract within eight days that was listed at $355,000.

More Stories
Friday Question of the Day – Do You Support a Commuter Tax for DC?Random Reader Rant and/or Revel