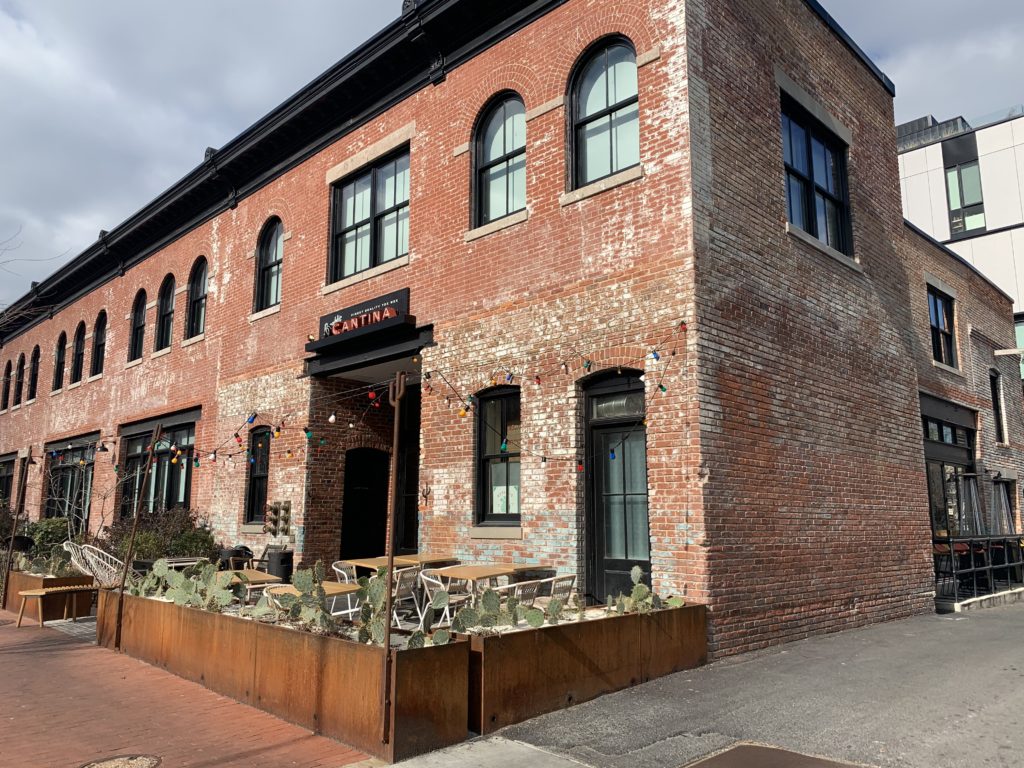 “Just a quick note about Republic Cantina’s brand new late series we’re rolling out which we’re calling OUTLAW HOUR. Each Fri & Sat night (9p-midnight) we’ll be spinning old classic country records on a turntable, with an interactive element: guests will be able to select a record; when that record plays, your table gets 1/2 off Pico Back shots. We’ll also introduce a late-night Happy Hour, and will be projecting some classic country performances (kicking off this weekend w/ Heartworn Highways). The late night HH will run every night (though the music component will be reserved for Fri & Sat nights). END_OF_DOCUMENT_TOKEN_TO_BE_REPLACED 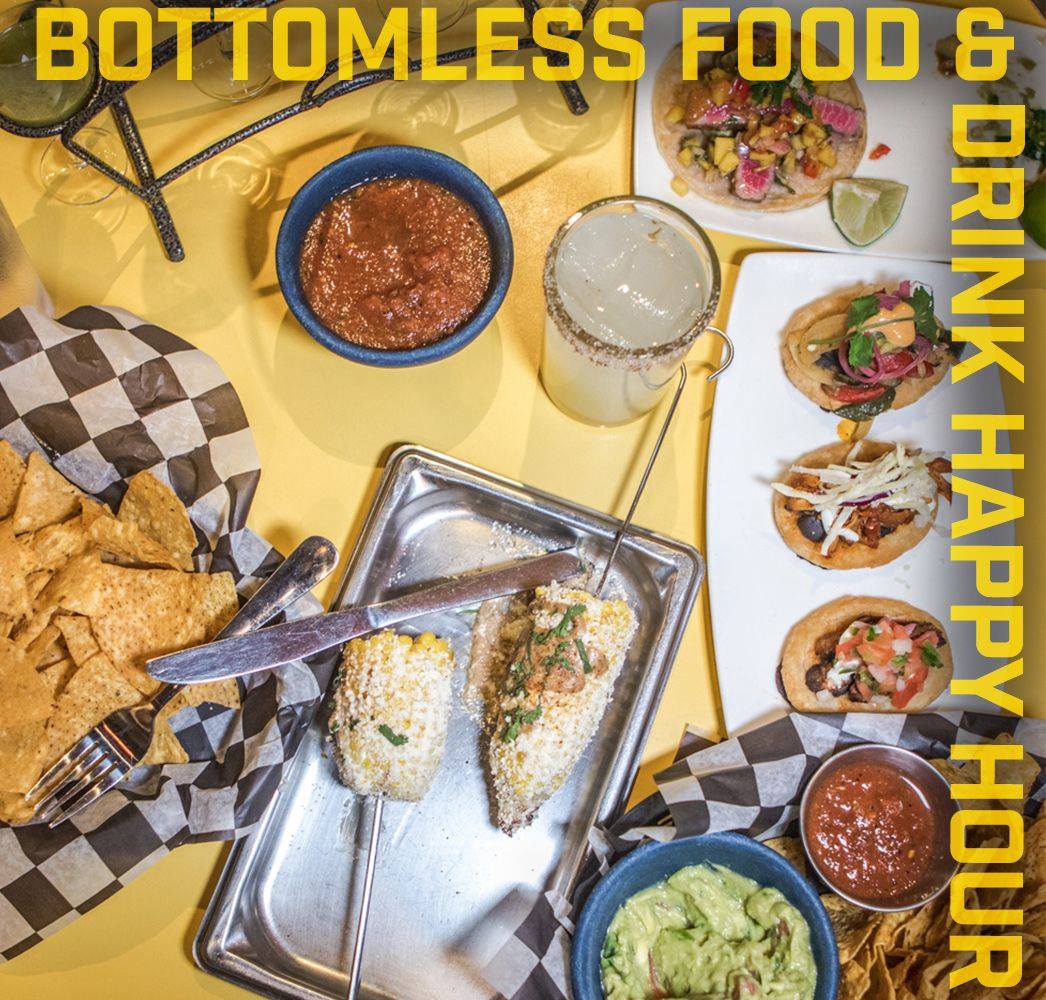 Thanks to Grant for passing on from El Chucho:

“El Chucho is taking happy hour up a notch. We’re launching a bottomless food and drink happy hour: for $26.95 you get your fill of Chucho’s tacos, margaritas, huaraches, Tecate, and more!!
LET THE FEASTING BEGIN!” 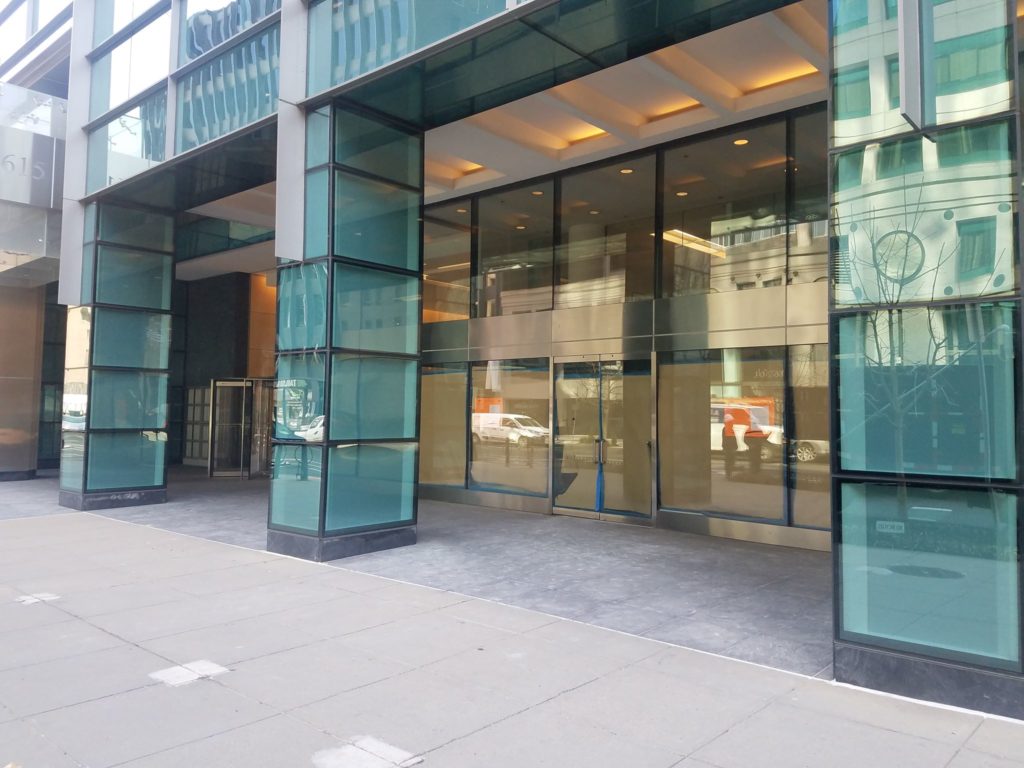 Thanks to a tipster for passing on a job listing saying they are opening in April. The liquor license application for Officina Cafe says:

“New Restaurant delivering food and alcohol to offices throughout the building. Summer Garden with 60 seats. Total Occupancy Loadis150 with seating for 60 inside premises. Requesting an Entertainment Endorsement to provide live entertainment and dancing indoors and outdoors.”

Updates as the cafe gets closer to opening downtown. 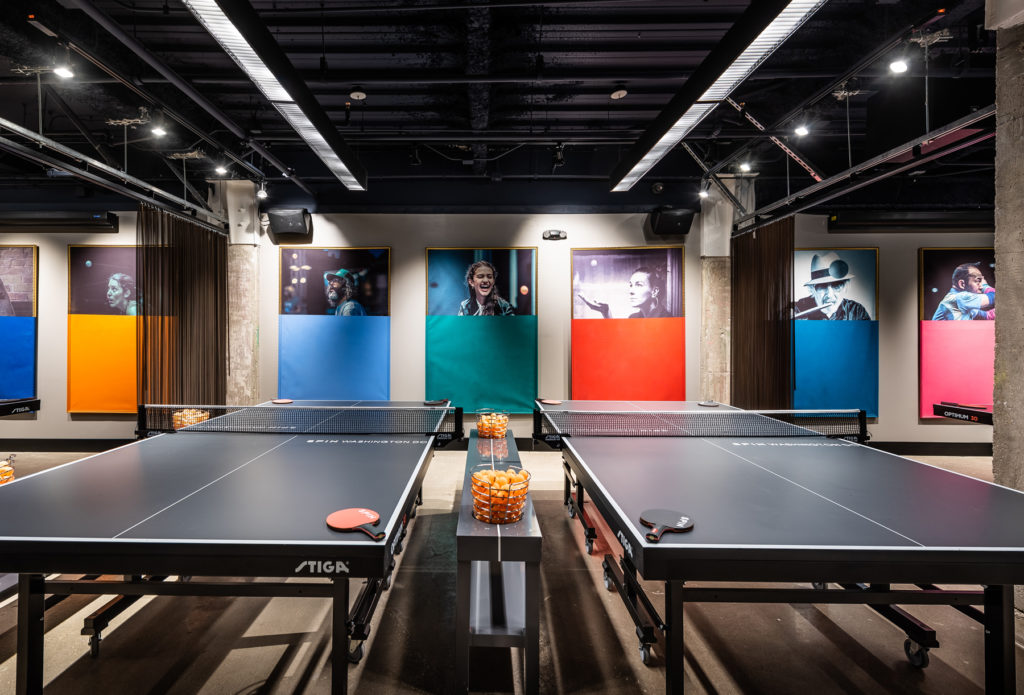 Full menu after the jump. END_OF_DOCUMENT_TOKEN_TO_BE_REPLACED 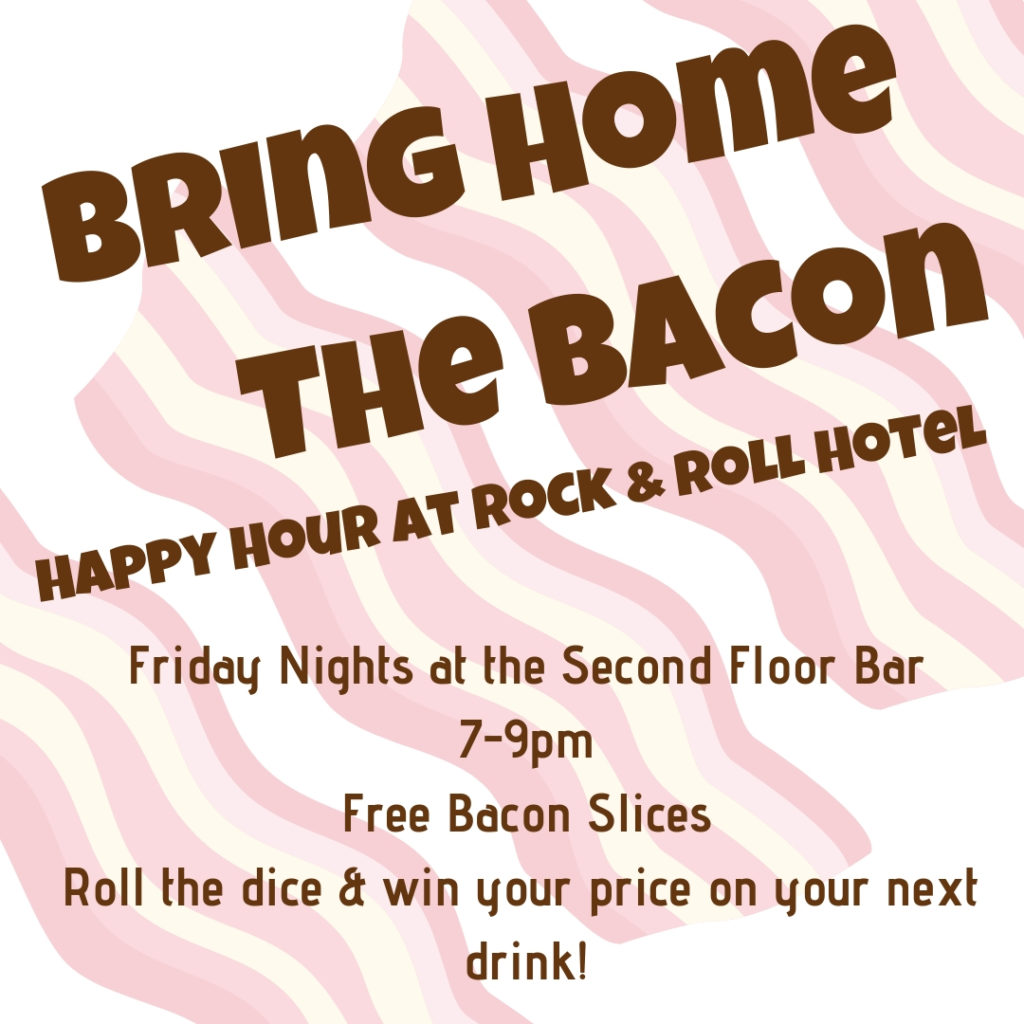 From Rock and Roll Hotel:

Patrons roll a dice to determine how much they’ll pay for well cocktails, select wine or select beer–$1 for a 1, $2 for a 2, half-price for a 3, and regular price for anything higher. END_OF_DOCUMENT_TOKEN_TO_BE_REPLACED 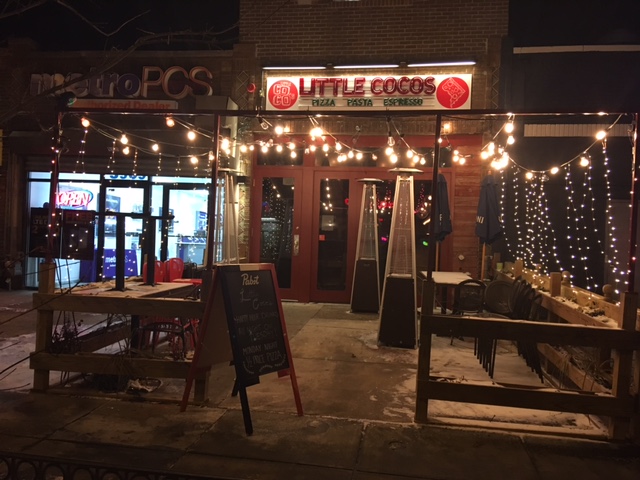 “Little Coco’s Restaurant announces the launch of APERITIVO HOUR, its modified version of the iconic Italian happy hour. Mondays through Thursdays from 5 – 7 pm, Aperitivo Hour is an all-inclusive, unlimited, food and drink offer for $23 per person.

Inspired by our pre-opening trip across Italy in 2015, the team at Little Cocos’ has been noodling over how to recreate the Italian love of pre-dinner apertifs and snacks. Based on the idea that digestifs/bitters such as Campari and Aperol combined with salty snacks whet one’s appetite for dinner, Aperitivo times are ubiquitous in Italy, from coast to coast, city-to-city, restaurant-to-restaurant. 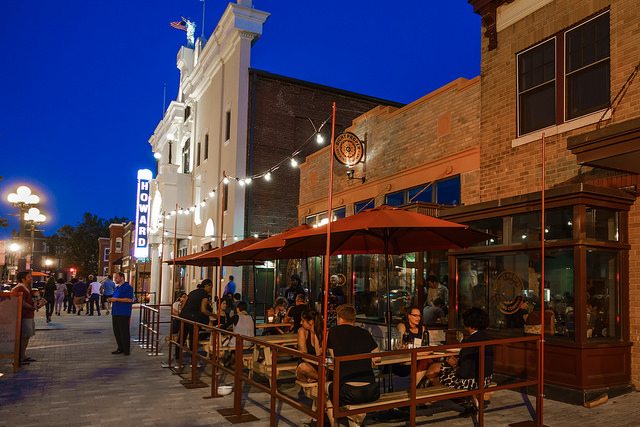 I’m planning a happy hour in DC for a group of 15 – 20 on a Thursday evening in May (thinking 5:30 – 7:30 PM). I’m trying to find a fun restaurant/bar that will allow me to reserve a bar area for my group without committing to a high minimum. Ideally a few tall cocktail tables or a lounge space. Ideally, I’d like to find a place near U Street/14th Street/Adam’s Morgan/Dupont.

“Hello! My family and I just moved to the DC area and are looking for a great happy hour spot! My husband and I had a weekly routine where we used to live of going to happy hour once a week (a less formal version of date night). We could use some suggestions! We like good beer and we like good food!” 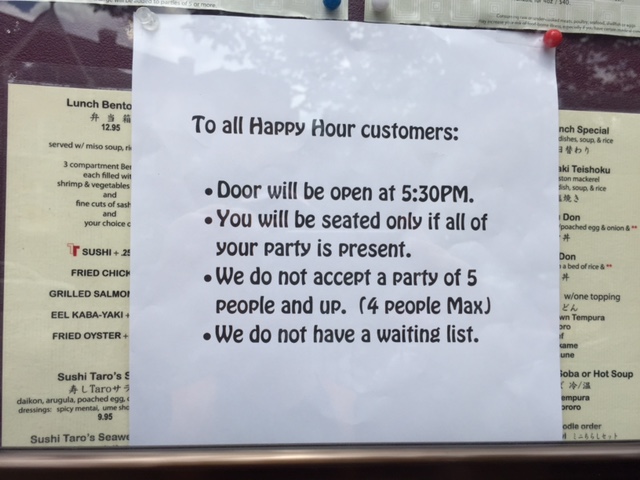 Of course it’s one of the best happy hours in DC – from Sushi Taro:

As Washington D.C.’s premiere restaurant serving Japanese cuisine, Sushi Taro continues to educate people with our concept of serving genuine Japanese dishes along with superb selection of Sake and Sho-Chu.

This is a great opportunity for you to try some of our high-end sake or fulfill your curiosity about sho-chu.

Sushi Taro’s Happy Hour is one of the best and most valued deals in town, and we are often asked why we do not promote it. Sushi Taro’s bar has only 11 seats and we can’t accommodate such large crowds in such a short time.” 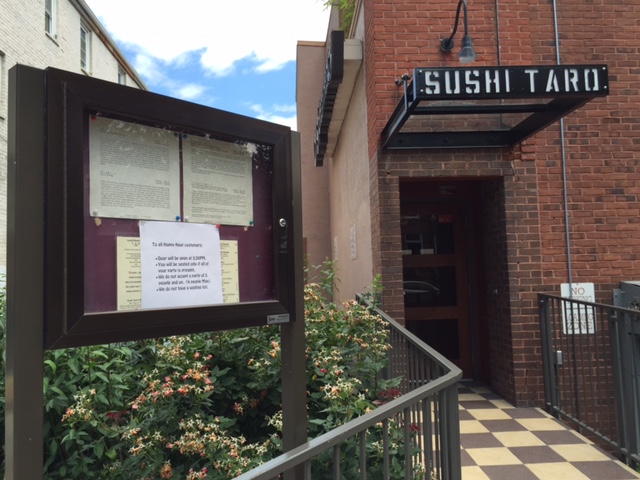 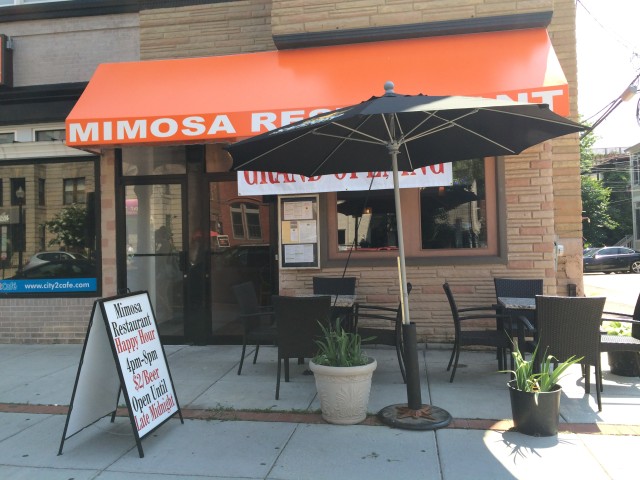 “Plum Blossom on 18th Street is now “Mimosa Restaurant.” On Tuesday it was still Plum Blossom but saw this sign out front Sunday around noon, featuring $2 beer during HH that goes until 8 and open until midnight.”