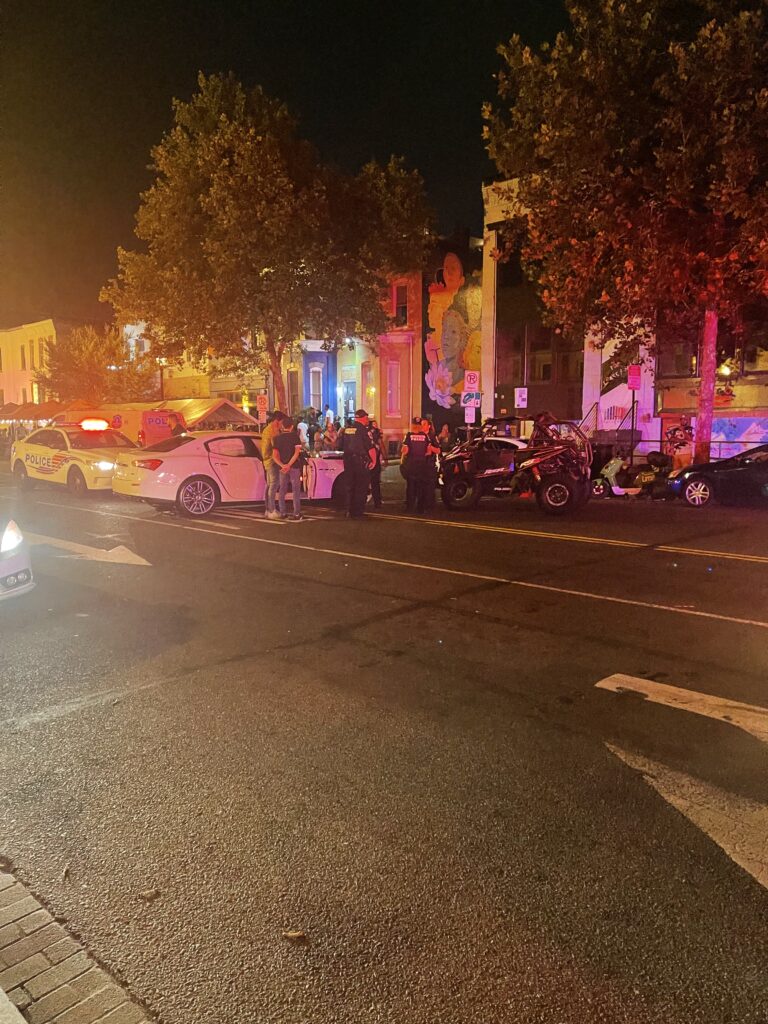 I live in Shaw near 9th and U, and I’ve absolutely had it with the off-road, ATVs, Polaris’, etc. that are PURPOSELY roaming the streets to cause a disturbance.

I don’t know exactly what their mission is, but all I really know is that it’s at a level beyond my wit’s end.

They typically start early evening, and go until as late/early as 3am–riding in groups doing super dangerous wheelies (like rear of their heads nearly touching the ground), weaving through traffic (both pedestrian and vehicular), doing burnouts, and just generally causing a disturbance to everyone.

I was driving in the area about 2 weeks ago and I was within 3 feet of hitting two of them on 4-wheelers–I had a fully green light at 7th and S, and they sped down 7th at a high rate of speed, completely disregarding the fully red traffic signal. It scared me to death because I knew if I had hit them at the speed I was traveling, there’s almost no chance they would have survived. They never wear helmets or protection of any sort, but it wouldn’t have saved them anyways. The vehicles are not meant for the road, and they don’t have any sort of plates or registration.

It’s LOUD, loud. It pierces through the best of earplugs and noise-canceling headphones. I’m a reasonable person–I defended the GO-GO music when that whole thing was going on–and I completely understood where I was buying a home when I bought in the central part of one of the busiest nightlife areas of the city–noise comes with it, and it’s the trade-off I made.

This…THIS…is a different level, however. For perspective, I used a decibel meter to test the noise level–went to the furthest, interior point of my ~1300 square foot condo at 1am yesterday, and it was reading as high as 70 decibels at times!

I understand that there is apparently a “no chase” order that has been given to MPD because apparently it’d be more dangerous to pursue than to just let the anarchy continue…but there HAS to be something that can be done…right?

I’ve literally watched these things shut down the entire intersection at 9th and U for as long as 5 minutes at a time–blatantly in front of police–impeding all traffic, and just overall flaunting their protection under this “no chase” order.

I’ve lived in a multitude of major cities in my life and I’ve never seen anything like this–they just…get away with it…and not a single thing is done about it.

TL;dr (I guess)–earlier this evening (Saturday), around 11:15, one of the larger dune-buggy style ones t-boned a Maserati at 9th and U, and apparently the drivers of the thing ran…and, of course, were not pursued. It was bad enough for airbag deployment in the Maserati.”

More Stories
Today’s Rental was chosen because “A $50 discount is available for on time rent payments.” among other reasonsYour Afternoon Animal Fix