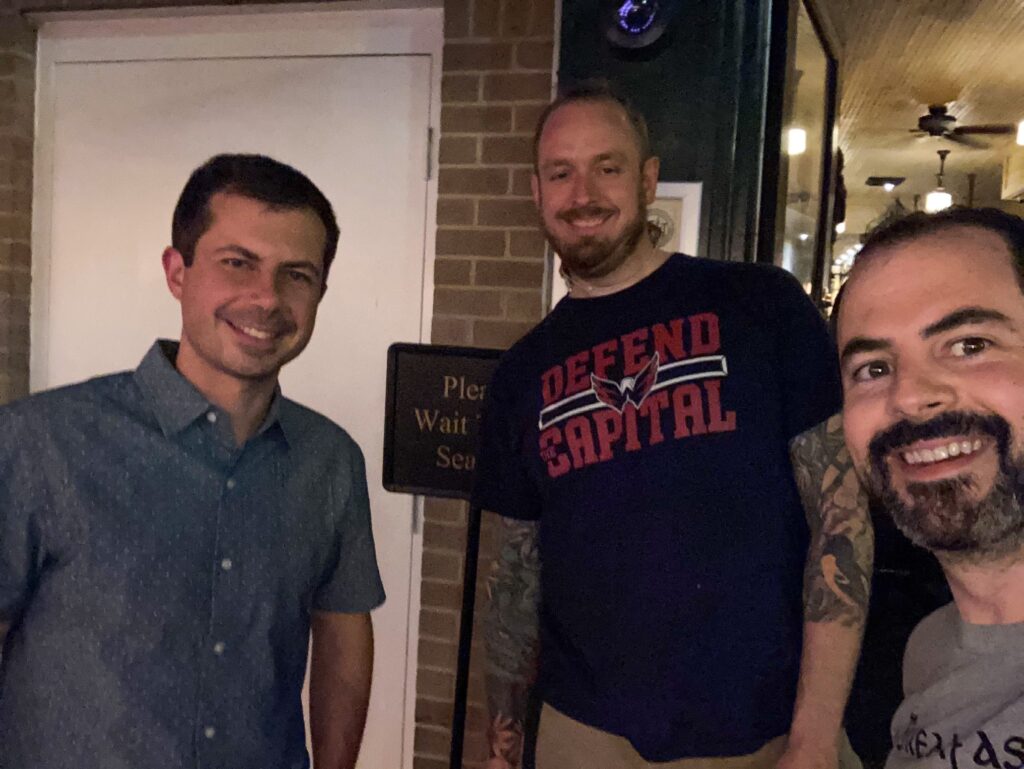 From a [checks notes] press release:

“United States Secretary of Transportation Pete Buttigieg visited Capitol Hill’s Fight Club this past Saturday evening. He dined on the sandwich shop’s front patio situated on Pennsylvania Avenue SE, where he and a small group enjoyed Fight Club’s popular sandwiches, a round of punches, and shared dessert.

A secret service agent who did not identify himself, stopped into the restaurant prior to the Secretary’s arrival and told staff that he needed to “see if his boss wanted to come here”, asking to look around the restaurant, which the staff obliged. “When he left, we assumed he jokingly meant his wife when he said boss, and that he didn’t think she would like it after he looked around”, said Andrew Market, chef and co-owner of Fight Club. Approximately 20 minutes later, Secretary Buttigieg arrived with secret service agents to join an already seated party.

The small group sat on Fight Club’s front patio where the Secretary ordered the FC Chicken Doink, Fight Club’s riff on the McGriddle with a crispy buttermilk-brined chicken thigh, Crystal hot sauce mayo, shrettuce, and tomato between two maple cakes; the Diego Rivera punch featuring mezcal, grapefruit, lime, and maraschino; and an order of Churros for the table.

Markert, who has been helping out serving tables as the restaurant works to ramp up their staffing for the return of full capacity at DC restaurants, waited on the group himself. “Secretary Buttigieg was extremely gracious. He said thank you every time I brought something to or cleared something from the table”. After their meal, Markert and fellow Fight Club co-owner Nathan Berger snapped a picture with the Secretary before he left. “Being a partially LBGTQ-owned restaurant (Berger identifies as gay), it meant a lot to the staff to have someone here who has done so much in representing that community at a high level. In general, it’s great to have the administration out in the city and supporting small, independent DC restaurants, especially after all we’ve been through over the past year.”

Markert sent his original restaurant, Beuchert’s Saloon, “on vacation” in August 2020, transitioning to Fight Club, a sandwich and boozy punch concept that has safely served guests with carryout, delivery, and patio dining-only during the height of the pandemic. Since DC has lifted its COVID-19 restrictions on restaurants, Fight Club is slowly transitioning to full operations, recently opening limited indoor seating on Friday, May 21.” 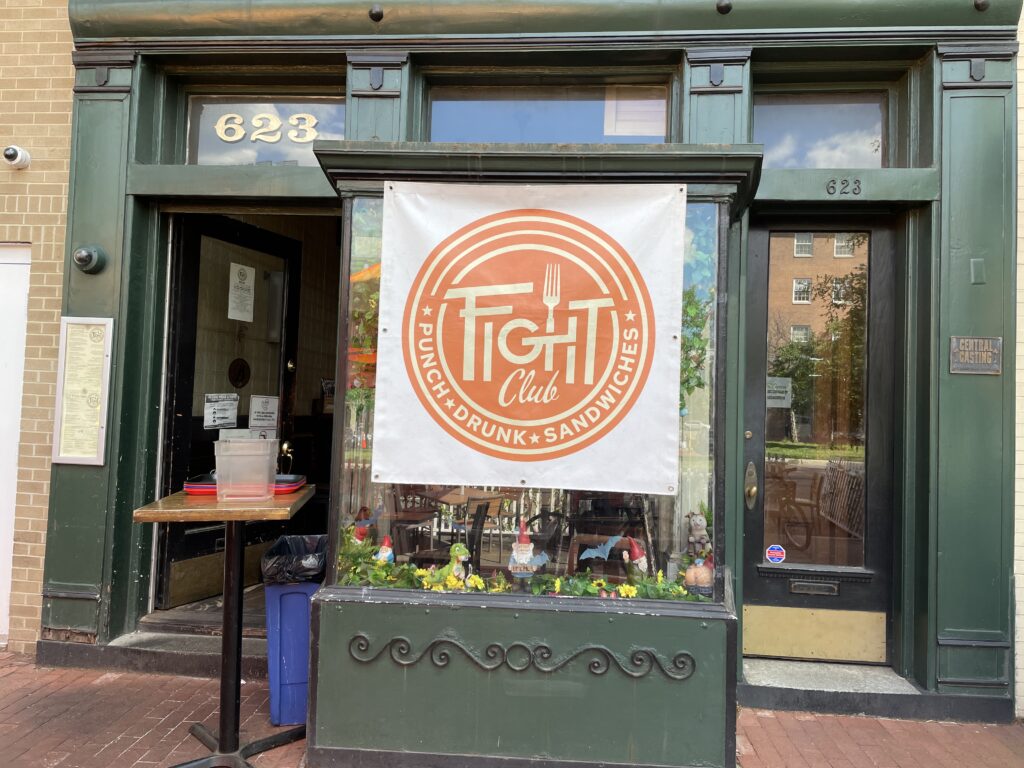