Get our email!
Search
Capitol Hill, Rental of the Day 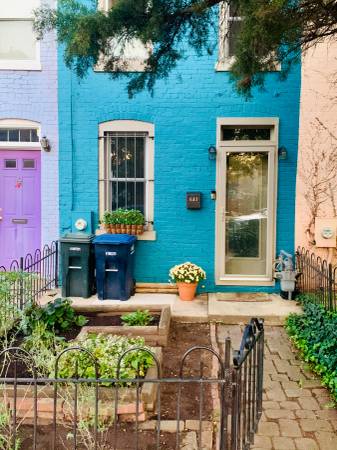 This rental is located near Eastern Market. The Craigslist ad says: 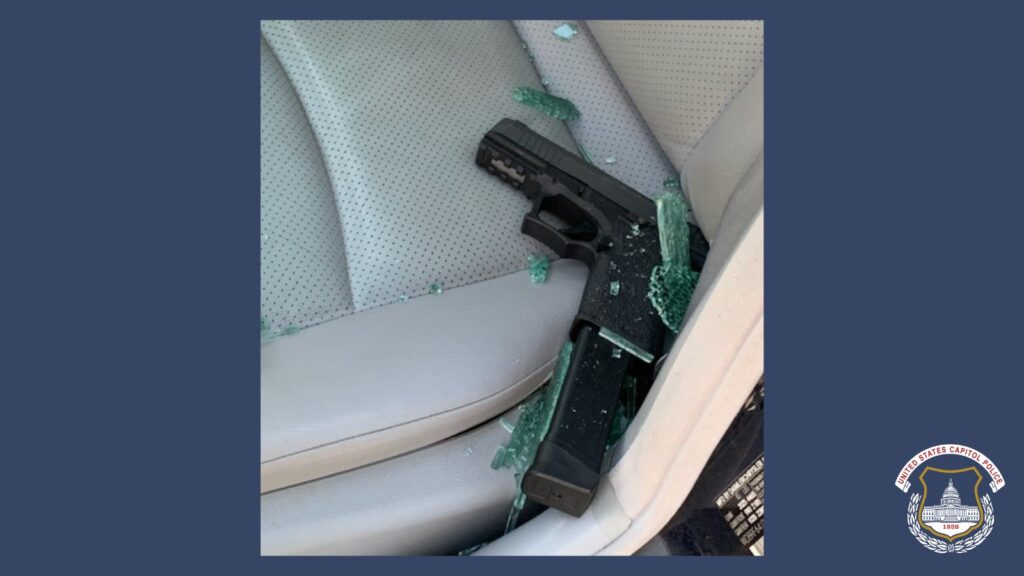 via US Capitol Police

“Two men who are accused of being involved in a series of armed carjackings across the Washington, DC area are facing felony charges because of the work of several United States Capitol Police (USCP) officers.

According to law enforcement reports, the driver and the passenger were believed to be armed and dangerous and wanted for open cases across the region.

When officers attempted to stop the stolen Mercedes, the sedan sped away. The car blew through stop signs and red lights. It even went the wrong way down a one-way street and clipped a car before it crashed into parked cars near 12th Street and Independence, SE, where the stolen car stopped.

The officers spotted a gun near the driver and stopped the driver from reaching for it.

The officers recovered a 9mm “ghost gun,” which had a high capacity feeding device that is capable of holding 31 rounds. END_OF_DOCUMENT_TOKEN_TO_BE_REPLACED 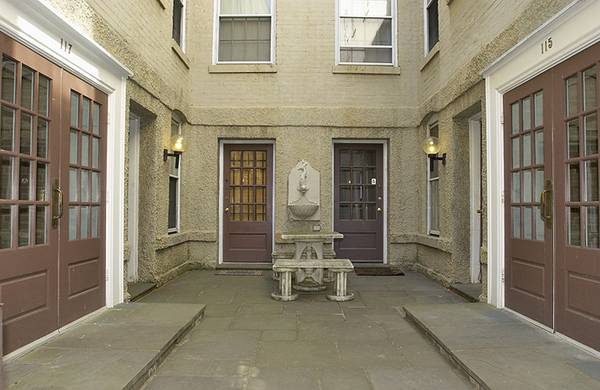 This rental is located at 117 E Street, SE. The Craigslist ad says: 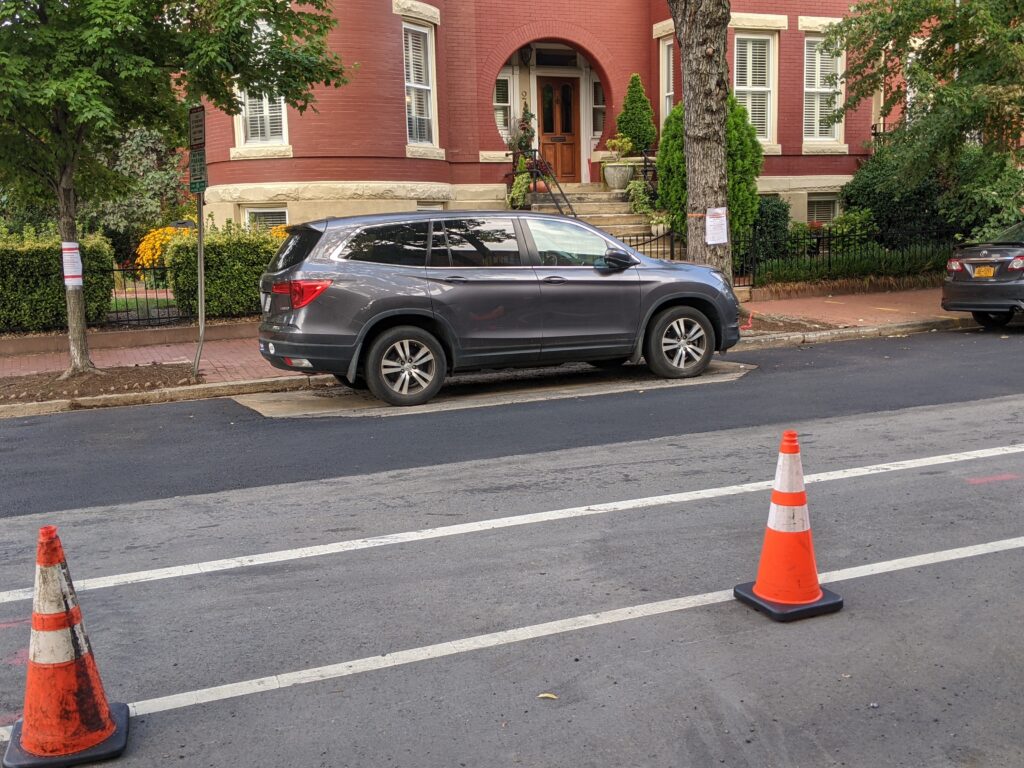 Someone parked in front of no-parking signs for so long that they actually repaved *around* the car!

What surprises me the most is that the city (or the construction contractors doing the work) never had the car towed, even though it’s been easily a week or more.

Does anyone know what’s happening with all the road/construction work around the neighborhood the last 6 months or so? I saw one sign on 4th St SE saying water line replacement, but none of the other streets have signs, and have heard various rumors.” 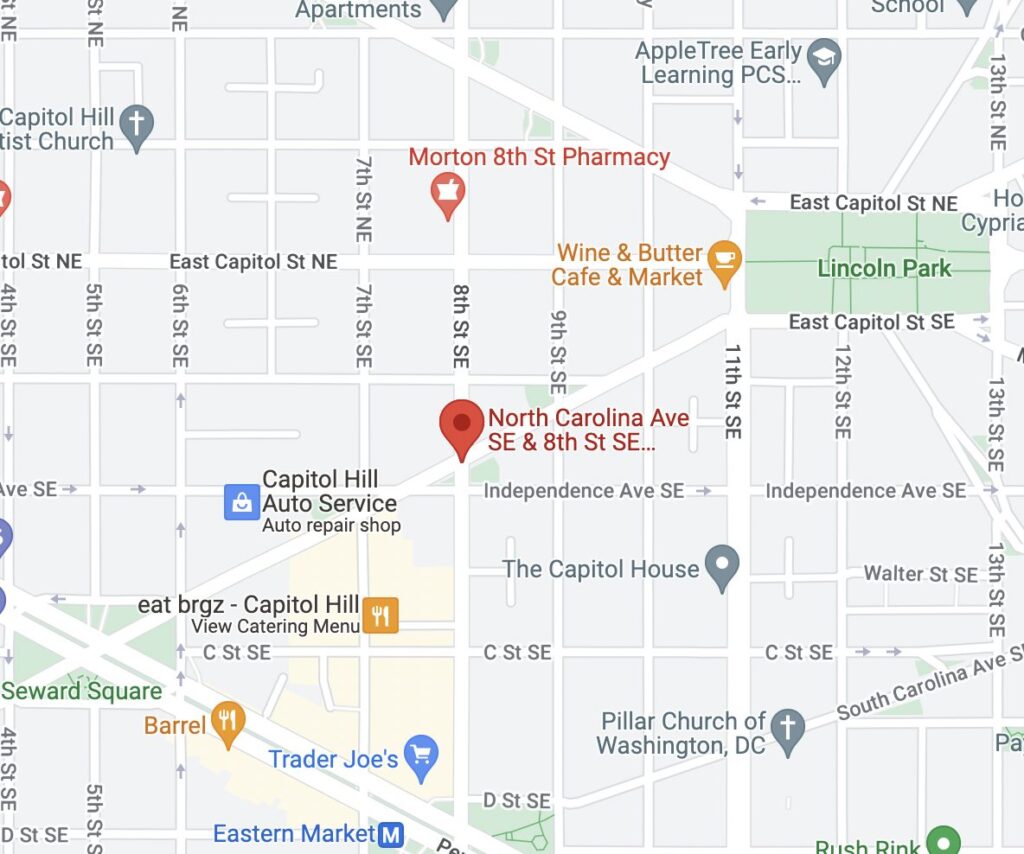 Can you help me find anyone who may have info about my mother in laws hit and run which happened, Saturday (7/23), around noon. We’re hoping to find someone that saw the vehicle or would have doorbell cam footage of the car going past their house.

She was walking through the intersection at North Carolina and 8th St SE when someone ran a red light, hit her, and sped off. It happened around 11:45am-12pm. END_OF_DOCUMENT_TOKEN_TO_BE_REPLACED 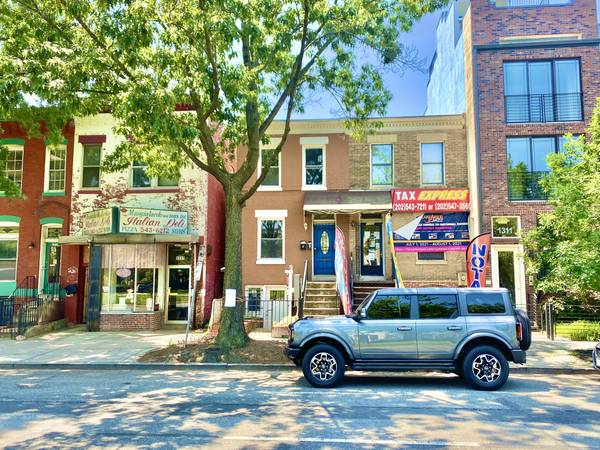 This rental is located at 1315 Pennsylvania Ave, SE. The Craigslist ad says: 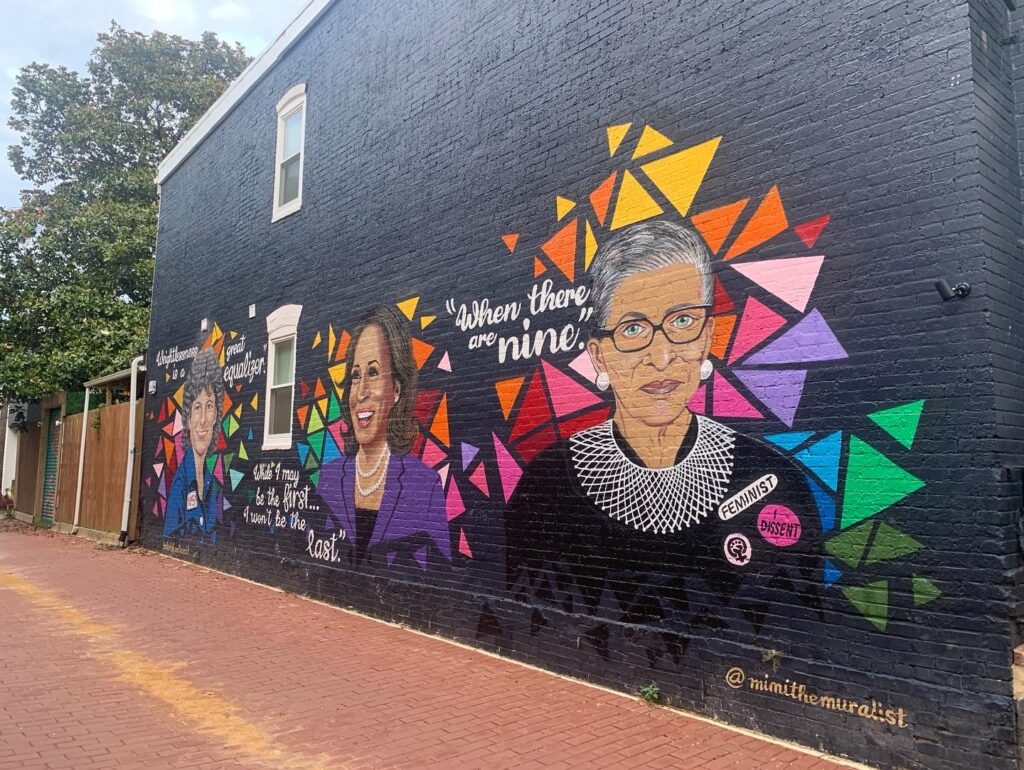 Thanks to Zai for sending: “The Wall on Duvall in Cap Hill on 15th St and Duvall Court SE. By Mimi the muralist” END_OF_DOCUMENT_TOKEN_TO_BE_REPLACED 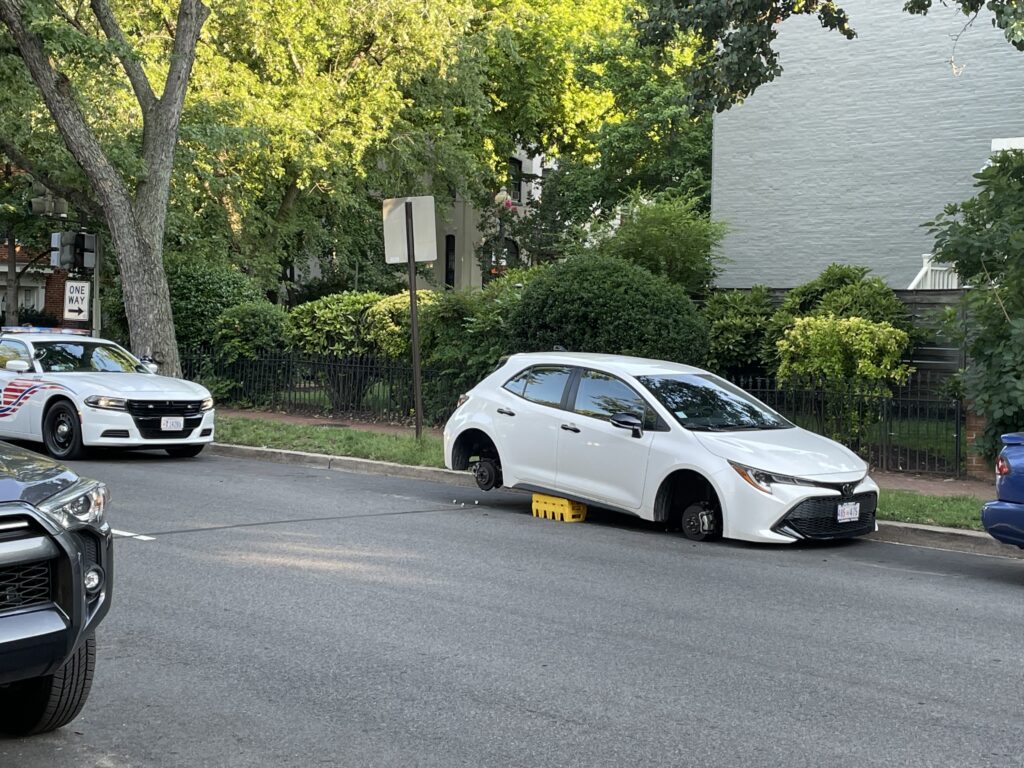 This car at 9th St & Independence Ave SE has the worst luck. They were victims on 10 Feb and again today!” END_OF_DOCUMENT_TOKEN_TO_BE_REPLACED 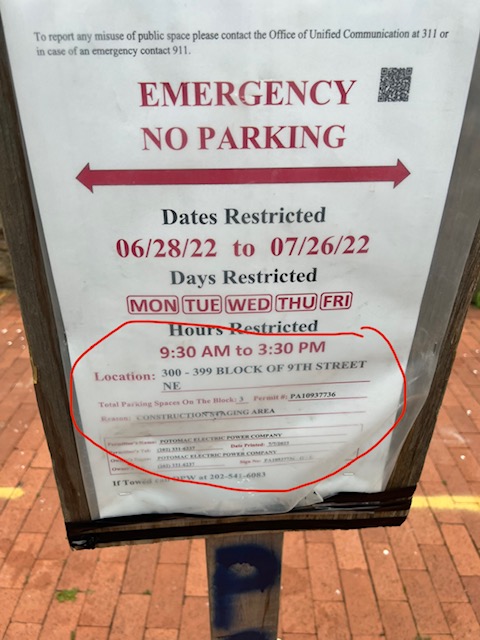 This morning PEPCO put up many temporary no parking signs on my block…. Only problem is the permit is for 3 spots on a different block, not a full street and not my block.

Do I still have to obey these?“ 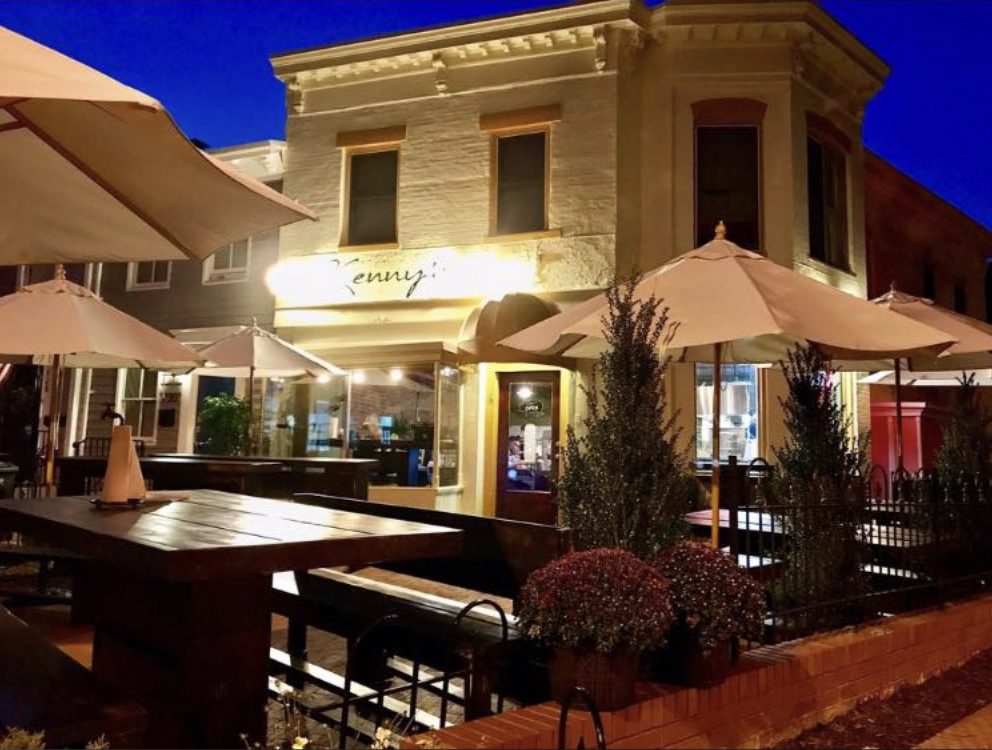 Any intel on why Kenny’s bbq on the Hill has suddenly closed. One day a week or so ago they just stopped opening. Very abrupt. Thanks!”

Oh wow I hadn’t heard this but Kenny’s website and phone are no longer active and google has them listed as permanently closed too: END_OF_DOCUMENT_TOKEN_TO_BE_REPLACED