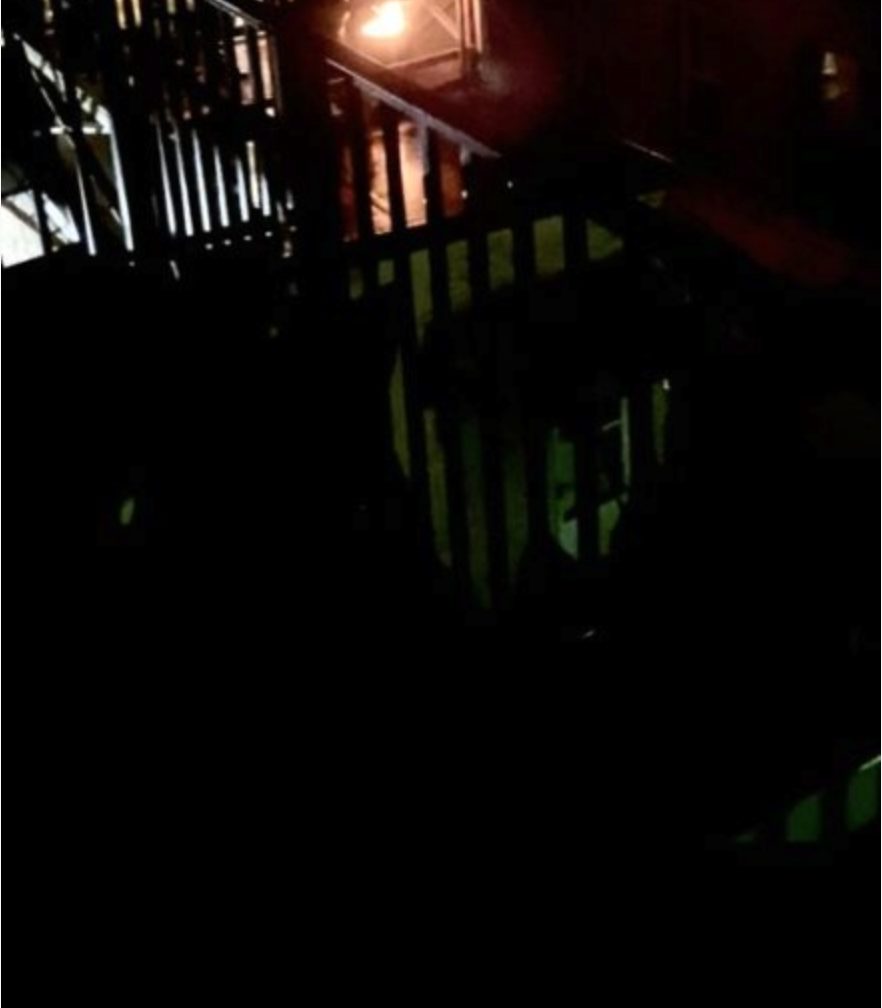 These people rented an Airbnb next to my building and threw a birthday party with at least a dozen people not social distancing. Super loud.

But that’s not all. They actually lit a damn firepit on a wooden balcony and pushed it into the corner to allow more people outside…moving the flames directly against the wooden bannisters and under the wooden stairs!!!

By the way, this “balcony” is basically a fire escape for the whole house and if the wood structure had caught fire, it would have trapped several people inside. Also worth mentioning that this is a 2nd floor apartment, so there’s a whole family living on the 3rd floor and another family underneath. That stairway is their escape if there’s a fire.

I can’t imagine the level of selfishness and lack of awareness you’d need to come into a city, rent someone’s home and do something this stupid. Not to mention the co-opting of the “Karen” thing when A) they were the ones putting people in danger and B) she threw herself a fucking birthday party in the middle of a pandemic.”

More Stories
Safely Celebrate the Holiday Season in Adams Morgan“what are some things we should ask/get written assurances regarding before signing a new lease on a house?”