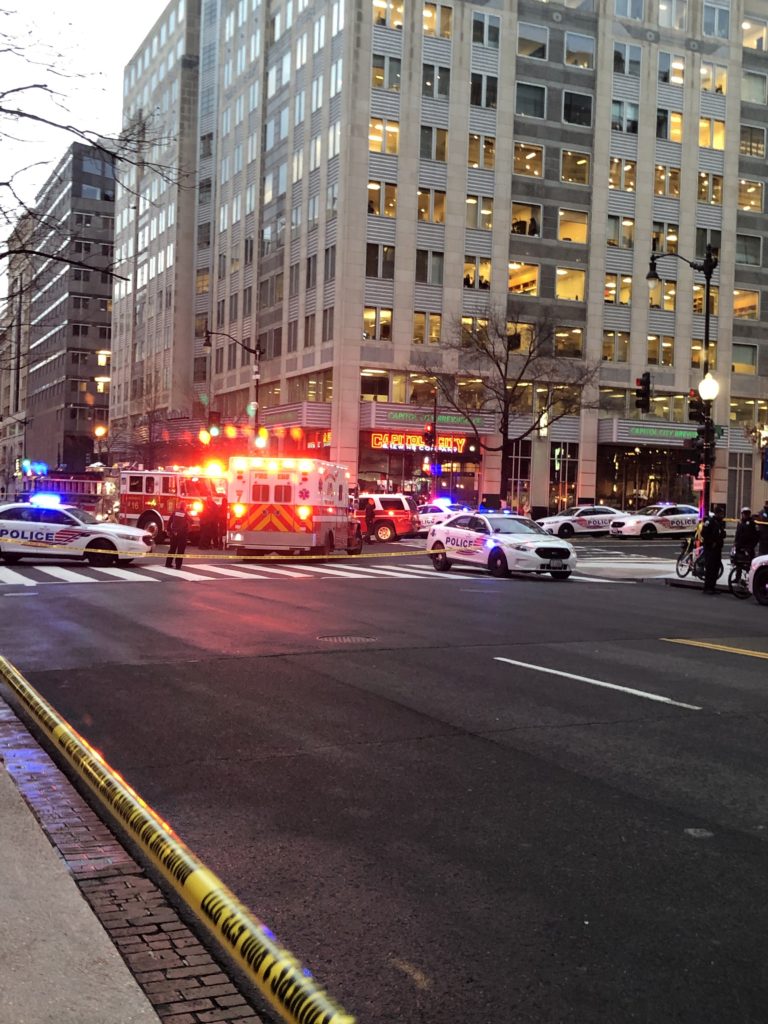 “Detectives from the Metropolitan Police Department’s Homicide Branch and Internal Affairs Division are investigating a homicide and a police involved shooting that occurred on Thursday, February 13, 2020, in the 700 block of 8th Street, Northwest.

At approximately 5:08 pm, uniformed members of the First District were on patrol in the area and heard the sounds of gunshots. They located an adult male suffering from multiple gunshot wounds and observed a suspect fleeing the scene. Officers pursued the suspect into the 700 block of 10th Street, Northwest, where there was an exchange of gunfire between the suspect and the officers. The suspect was apprehended in the area of 11th and H Streets, Northwest. DC Fire and Emergency Medical Services transported the suspect and victim to local hospitals for treatment. After all life-saving efforts failed, the victim was pronounced dead. The suspect was treated for a non-life threatening gunshot wound.

The decedent has been identified as 29 year-old Terence Dantzler, of no fixed address.

On Thursday, February 13, 2020, 20 year-old Jaykell Mason, of Southeast, DC, was arrested and charged with First Degree Murder while Armed, Assault on a Police Officer while Armed and Carrying a Pistol Without a License.

The officers involved have been placed on administrative leave, pursuant to MPD policy. Responding officers activated their body worn cameras. That footage is currently under review.

2.13.20 Chief Newsham provides an update to the shooting that occurred in the 700 block of H Street, NW https://t.co/g1xlFWTJRx

A source is now reporting to me that this is now a homicide. Civilian shot somebody. Suspect pointed gun at cops and cops also fired at suspect. I’m also hearing there may have been two suspects. Not clear at the moment. But one suspect definitely in custody.

A. reports: “Was across the street from the person who reportedly had a weapon. The police shot at him and he ran.” 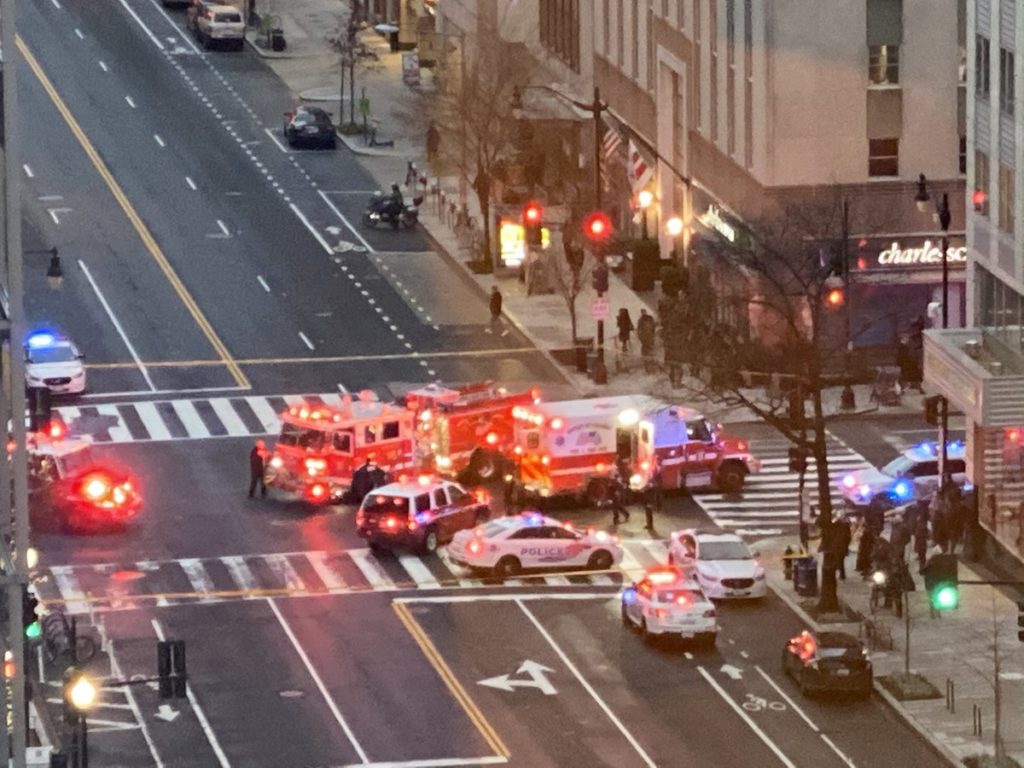 Other readers reported starting around 5:12pm: “Shots fired around 5:08 by the Grand Hyatt. Can’t see what happened from this office building but saw officers running away guns drawn and all of the blocks are shut down surrounding city center.”

“Shooting on 8th b/t G&H with a chase to City Center.”

“just heard a series of gunshots at the corner of 10th and h nw.”

“I saw the suspect get tackled by the cops, he wasn’t shot (from what I could see)”

“2 people shot per report. Our business is there as well”