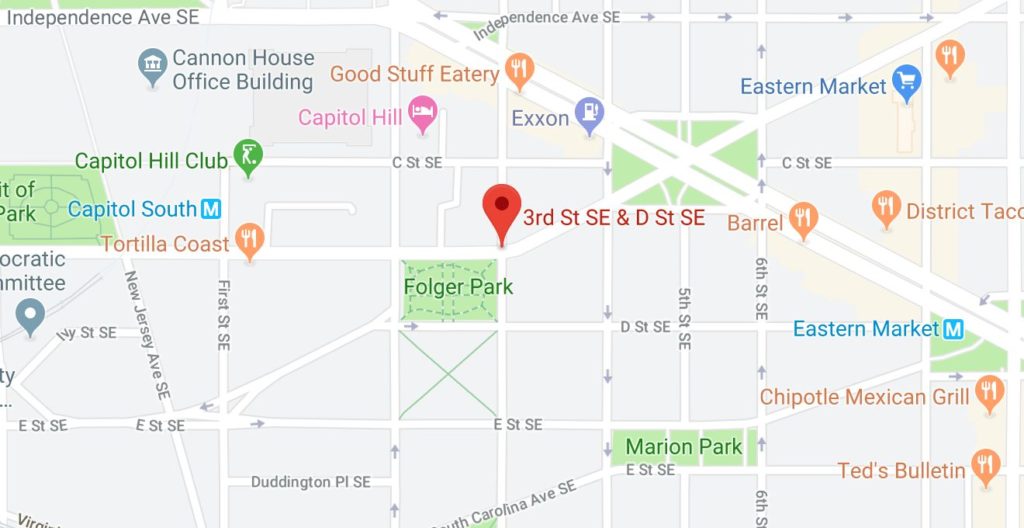 “At approximately 5:15 pm this afternoon, four individuals attempted to carjack a vehicle parked at the corner of Third and D Streets, SE, near Brent Elementary and St. Peter’s School. The driver, who was sitting in an unlocked vehicle waiting to meet his child when she was dropped off from camp, resisted and the four fled from the scene by foot.

At least one of the individuals displayed a handgun during the commission of the crime. Thanks to the quick response of US Capitol Police and MPD, two juvenile suspects were detained in the Capitol South Metro and are in custody. One gun was recovered. Two individuals remain at large.“