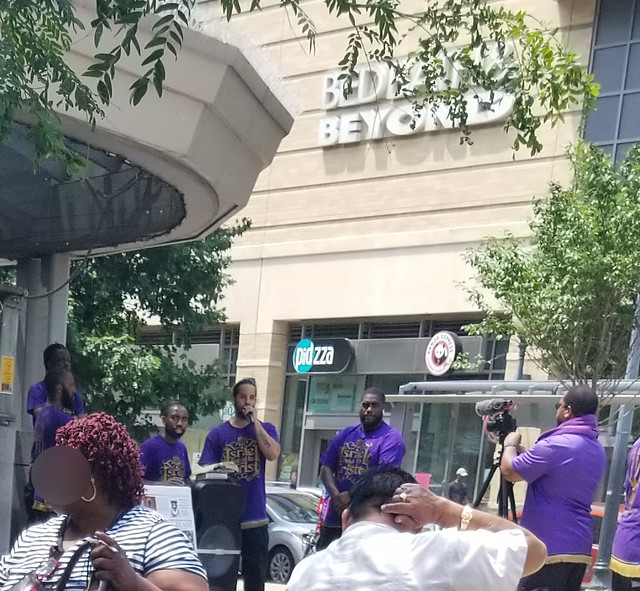 A group of middle-aged men wearing purple shirts and a menorah of some sort (Israelites?), claiming to be a religious group, actually just yelling into microphone in front of the Columbia Heights metro about how bad all white people are. Among complaints that major grocery stores are being run by white people and that black people should starve instead of go.

Disheartening to hear when considering the tensions already present in the area.

Has anyone else heard of these guys or know what their agenda is/desired outcomes are?”

Ed. Note: The Black Hebrew Israelites have been “preaching”, off and on, outside the Columbia Heights metro since at least 2009. They are often also seen/heard outside the Gallery Place/Chinatown metro. In January they were involved in the controversy that feels like a million years ago. Suffice it to say they are looking for a reaction and it is a free speech issue.

More Stories
Your Afternoon Animal FixHow much for the blue one?