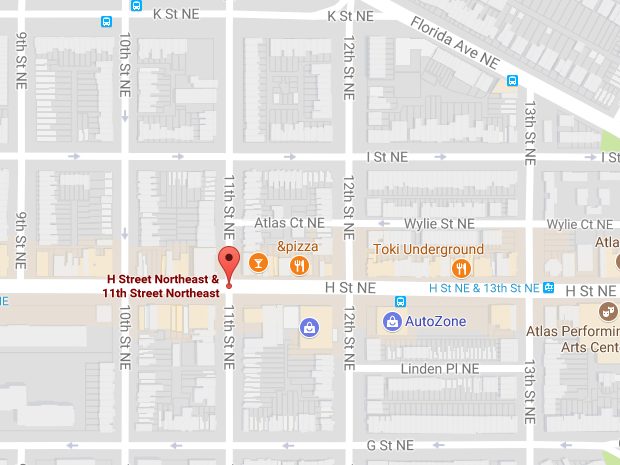 The whole block was shut down, sidewalks closed too, and over 20 police vehicles on the block plus a whole lot of officers.”

“Last night at approximately 9:15 PM, members of the First District were dispatched to an assault in the 1100 block of H Street, NE. Once on the scene, a complainant was located who was suffering from serious injuries. This case is being actively investigated. Anyone who may have information or witnessed the assault is asked to contact MPD at 202-727-9099.”