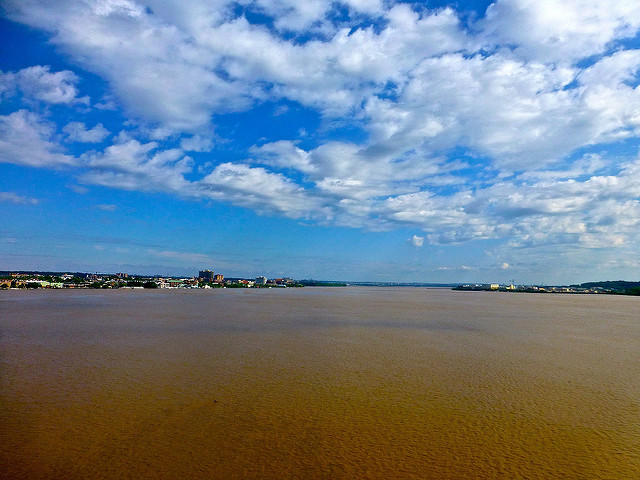 From the Department of Energy and Environment:

On February 3, 2016, an oily sheen was reported in the Potomac River; it extended from the Roaches Run Waterfowl Sanctuary and Gravelly Point to the Ronald Reagan National Airport and Jones Point. Tracing the sheen, DOEE response personnel and investigators from the U.S. Coast Guard and the Virginia Department of Environmental Quality identified the source of the sheen as originating from an outfall in the Roaches Run Waterfowl Sanctuary.

The U.S. Coast Guard and other federal and state agencies, including DOEE, established a Unified Command to respond to the spill. After analytical testing of oil sheen determined it was transformer mineral oil, Dominion, which had reported a discharge of mineral oil from its facility on January 24th, accepted responsibility for the spill.

The civil penalty and funding of the supplemental environmental project are in addition to the recovery of the costs of the District’s response to, and investigation of, the discharge that were paid from the U.S. Coast Guard’s Oil Spill Liability Trust Fund, which will be reimbursed by Dominion. Additionally, claims for natural resources damages, which are still being assessed by the federal and state natural resources trustees, including DOEE, remain outstanding.

Personnel from DOEE’s Emergency Operations Office and the Water Quality Division’s Inspection and Enforcement Branch participated in the response to and the investigation of the oil spill.”