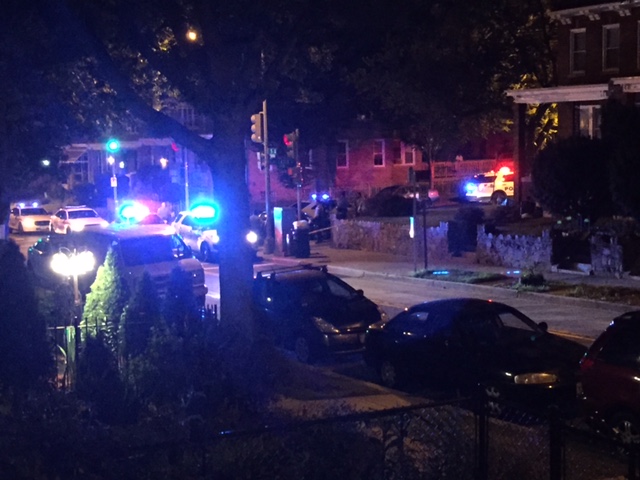 “At about midnight a car was heading north on 5th Street NW, evidently with four flat tires. When spotted by a cop in the corner of 5th and Hamilton, the car flipped a u-turn and attempted to speed away with cops in pursuit. A block away, he crashed into the pole on the corner and got out to run. He was apprehended shortly thereafter on foot. Cops were looking under nearby cars for something he might has tried to drop while running.”