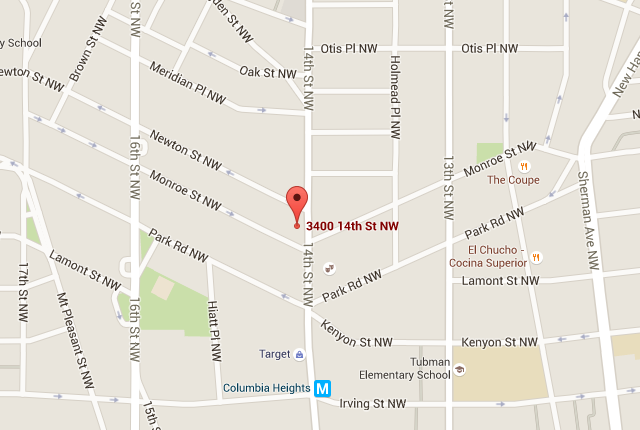 “On Tuesday, January 19, 2016, around 4:15 PM, MPD responded to the sounds of guns shots in the area of the 3400 block of 14th Street, NW. An adult male victim was located suffering from a gunshot wound, he was transported to a local hospital for treatment. The injury was non-life threatening. The Fourth District Detectives are investigating the case.

“Building mgmt email to residents: shooting victim came to Allegro for help. Incident did not occur in building.”

More Stories
Ice Yards Returns this SaturdayHouse of the Day