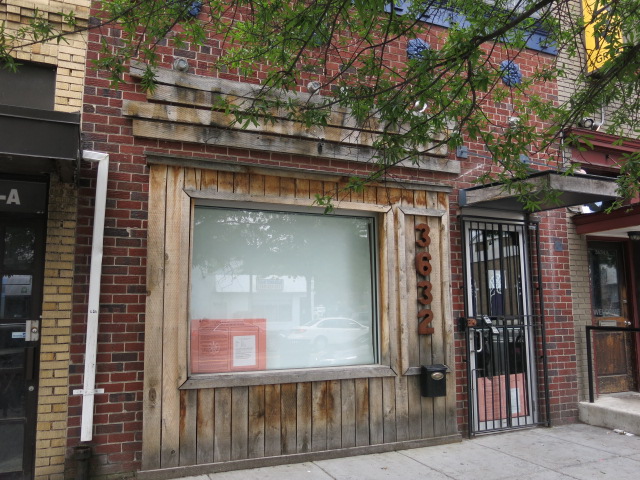 I’m told if all goes well expect a soft opening mid-week and grand opening on Friday!

“A new fan­focused, family friendly sports bar and restaurant, Walters ­is opening soon on the Georgia Avenue corridor in Parkview.

Named after legendary Washington Senators Hall­ of ­Famer and local icon Walter Johnson, the bar and restaurant will have a sports themed look and feel, with a décor highlighting the prohibition era of baseball. Along with Walter Johnson memorabilia, the atmosphere will pay tribute to the Washington Senators including team photos and a classic image of Babe Ruth at Griffin Stadium. Walters will also pay homage to local area sports including Sammy Baugh and the early days of the Washington Redskins.

Walters is located at 3632 Georgia Avenue NW, just below New Hampshire Avenue and only steps from the Georgia Avenue­-Petworth Metro station. It sits between its two sister bars, DC Reynolds and Looking Glass Lounge. It is a joint partnership of the owners of these two neighborhood mainstays.

Washington being a transient town, Walters will have special features for fans wanting to follow their out­ of ­town teams. One innovation will be regional, time­zoned beer selection to cater to sports fans from different time­zones wanting to enjoy the games with their home­town beers. A special “West Coast” happy hour will be held from 8­10 PM where beers made on the west Coast will be offered at discount prices.

A family­ friendly atmosphere is a major goal of Walters. It will have​seating sections where parents are welcome to bring their kids to enjoy the game action with them. The kids menu, in addition to traditional ballpark hotdogs, will have healthy offerings, including gluten free chicken skewers and dehydrated fruit. Walters is also introducing innovative weekday afternoon “time to unwind” specials from 4­7 PM for parents who want to drop by with their kids after picking them up from school or daycare.

The menu will be based on classic stadium offerings but with creative and fresh additions. It will include the classic beef frank, with a wide variety of optional toppings, warmed pretzels with beer cheese, house made jerky, bags of crackerjacks, and frito pie. The menu will also include roasted and pulled pork and chicken sandwiches, baked chicken wings, and roasted vegetables along with other vegetarian and gluten ­free choices. Walters will be opening under a limited menu so we can pilot the cuisine with our customers to ensure the best choices.

Walters will air comprehensive sports packages on 9 HD televisions, and plans to open for daytime sports events during the week, and on weekends for soccer fans. There will be an outdoor back patio with beer­garden style seating.

The managing partner of Walters, Ben Fiske, formerly managed sports bars Laughing Man Tavern downtown and Bedrock Billiards in Adams Morgan. Fiske said, “We hope to bring to Parkview and Petworth a friendly neighborhood bar that accommodates the evolving community, particularly families and kids, with the heart and soul of regional sports teams.”