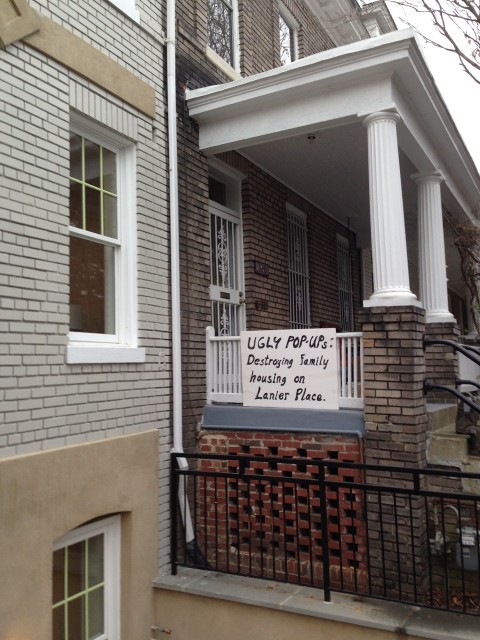 Someone is incensed by what is, in my opinion, a relatively tastefully done Pop-Up. There is no historic designation in this area and the developer could have used much cheaper materials and been more aggressive on the massing had they wanted to go as cheap as possible. The signs wouldn’t cause me to be worried about buying in this building but they would definitely make me think twice about what kind of neighbors I’d have.”

I have to agree with the OP – I don’t think this one looks too bad at all, maybe a little funky in the back, but overall looks pretty good to me. What do you guys think of this pop up? 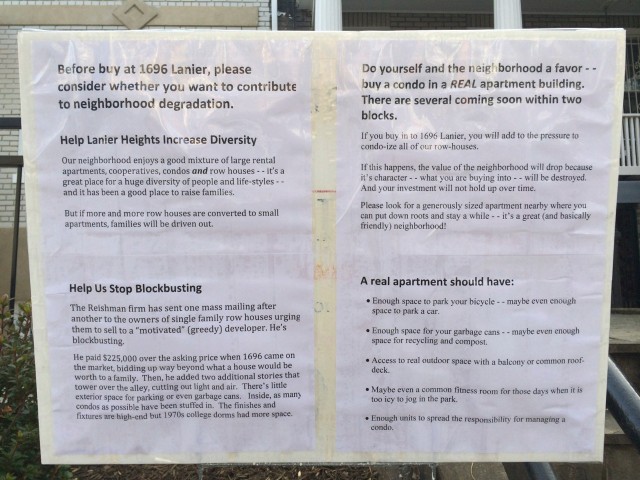 You can see how the pop up looks after the jump. 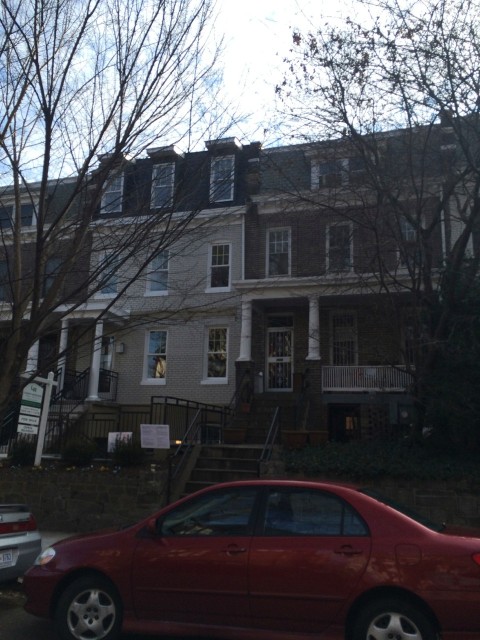 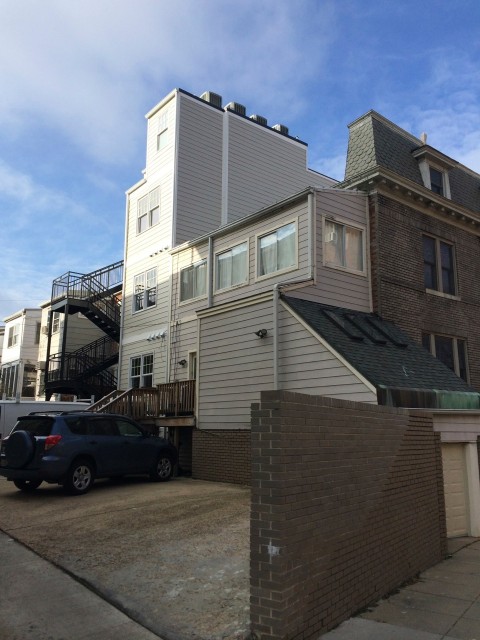