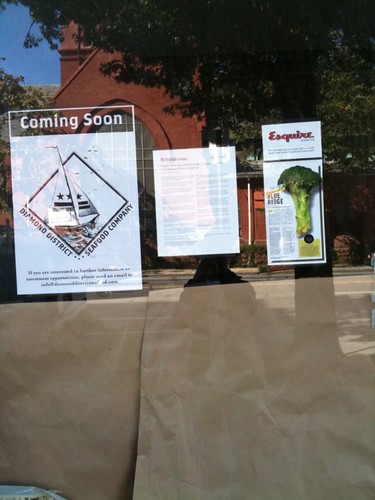 Diamond District put up a few new signs yesterday including one unveiling their new logo. I think you’ll like it.”

This is the restaurant at 1612 14th Street, NW that will be run by Chef Barton Seaver.

Incidentally another reader wrote in asking if I had an opinion about Seaver being voted best chef of the year by Esquire Magazine. Honestly I have no opinion. Washingtonian wrote about it here. Does anyone feel strongly about the Esquire controversy?

I do however feel strongly about the logo. I think it is probably the coolest logo in town. 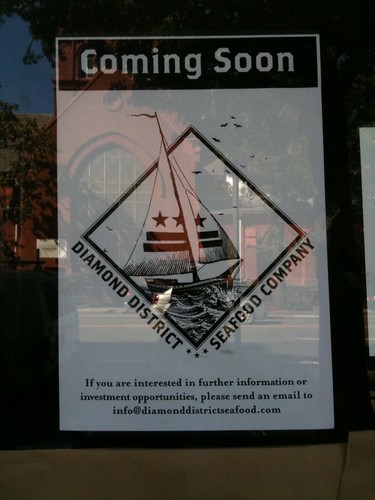 Read more →
More Stories
Is This Like Free Food?It’s Not A Rumor – Room 11 In Discussions to Expand