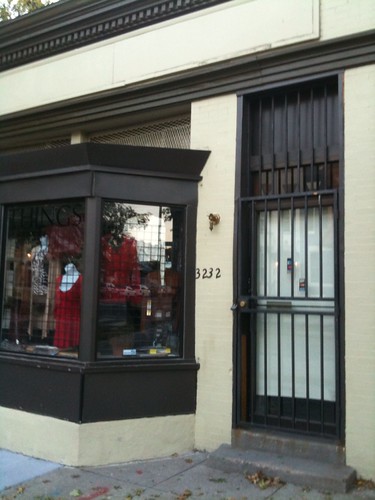 Yesterday when I mentioned Room 11 (11th and Lamont Streets, NW) was having a gin tasting and Punch Club was set to return, a reader mentioned hearing a rumor of an expansion. Well, obviously I had to get a taste of gin and while I was there I asked if the rumors of an expansion were true. And they are! However, it is only in the very very very early stages and nothing has been finalized. The space where they would expand is currently occupied by Jeans N Things. This makes a lot of sense as I don’t think I’ve ever seen a patron inside Jeans N Things.  Hopefully the negotiations will go well as Room 11 could definitely use some more room.

More Stories
Diamond District’s New LogoDid You Know There Was a “Multi-Door Resolution Division” To Deal With Neighbor Disputes?