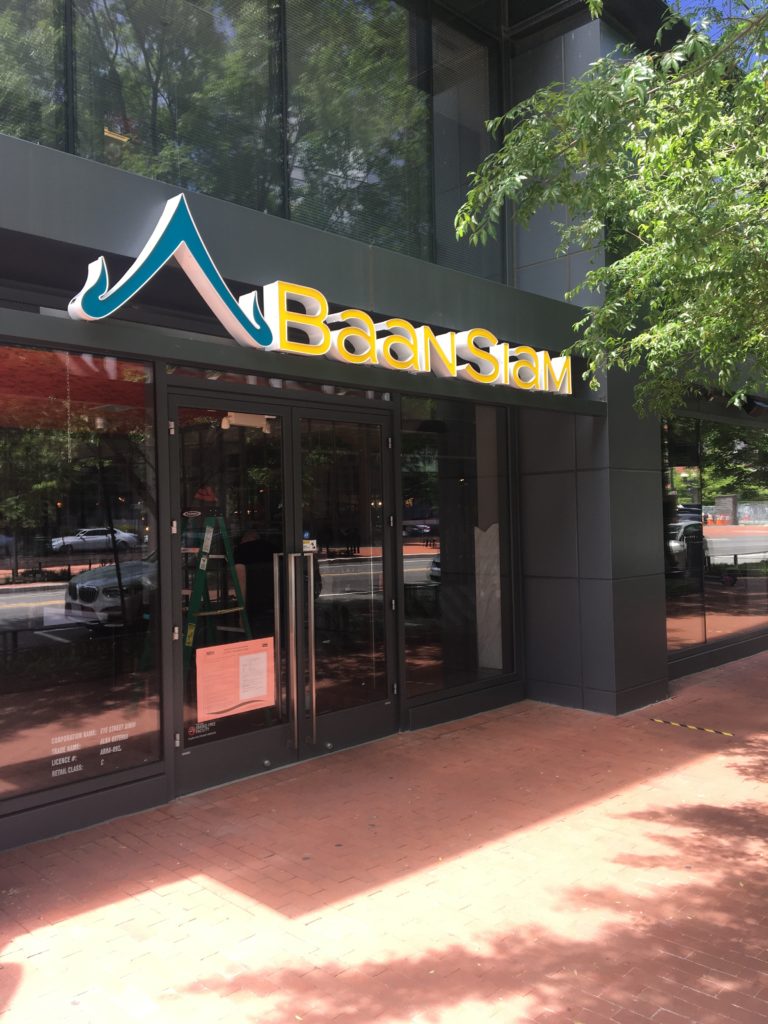 Thanks to Aaron for passing on the good word from Baan Thai: 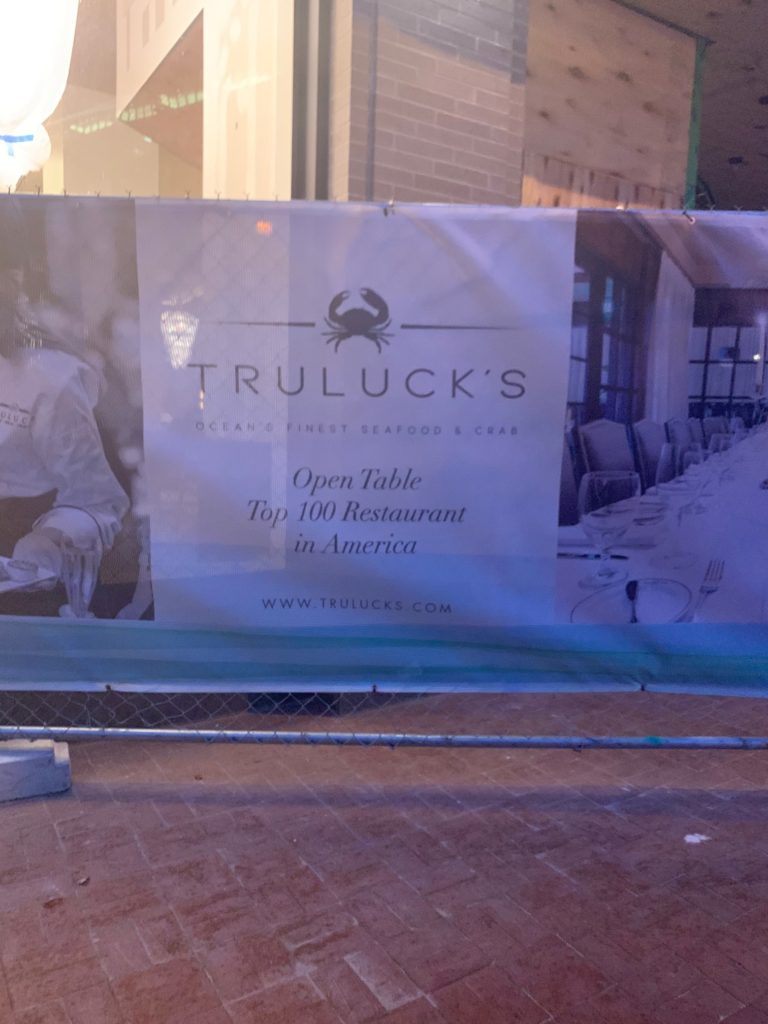 Thanks to Mona for sending: “I’ve wondered what was going on the corner of 7th & K Street, NW because of the amazing chandeliers inside.” 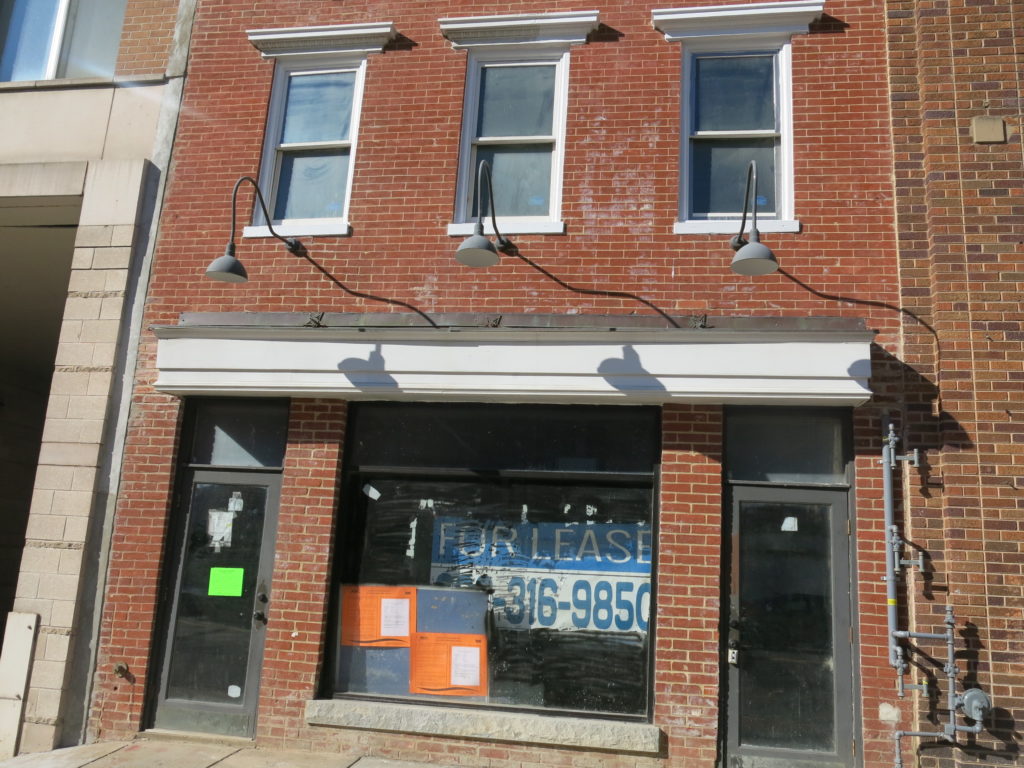 “Sports Bar with pizza, wings, and other bar food. Total Occupancy Load of 199 with seating for 199. Licensee is applying to include Sports Wagering END_OF_DOCUMENT_TOKEN_TO_BE_REPLACED 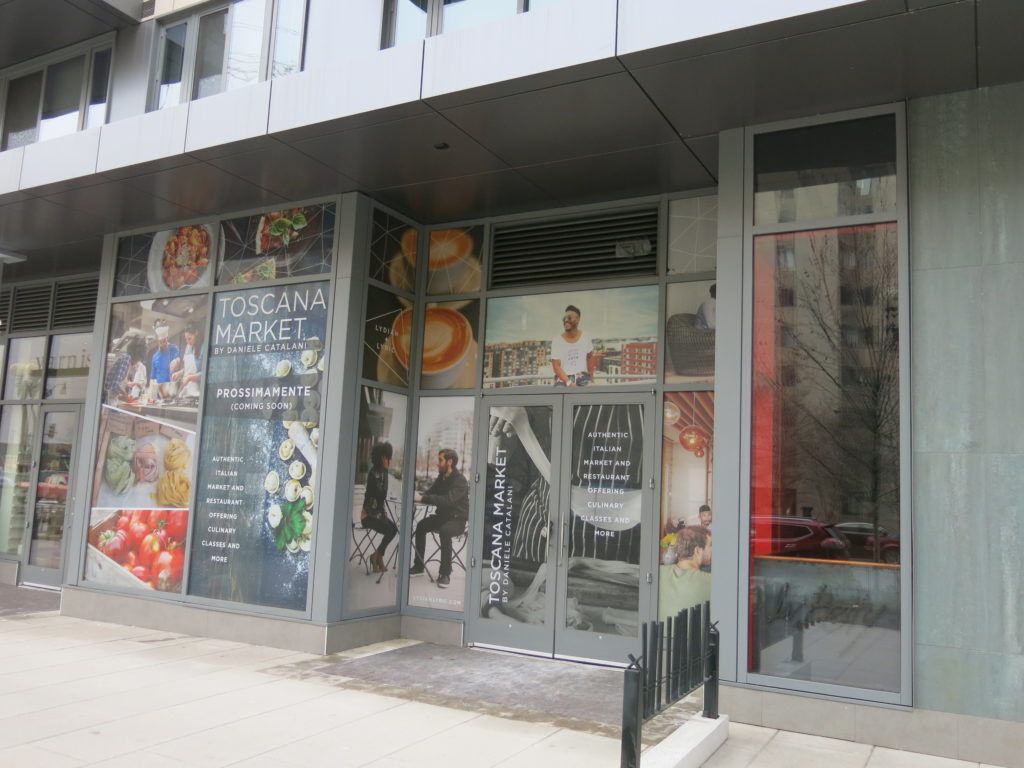 The placard for Toscana Market says:

“New Retailer’s Class “C” Restaurant serving Italian cuisine with handmade pasta and original Italian ingredients. Applicant is applying for a Sidewalk Cafe Endorsement with 25 seats. Total seating inside is 60 with a Total Occupancy Load of 70.” END_OF_DOCUMENT_TOKEN_TO_BE_REPLACED 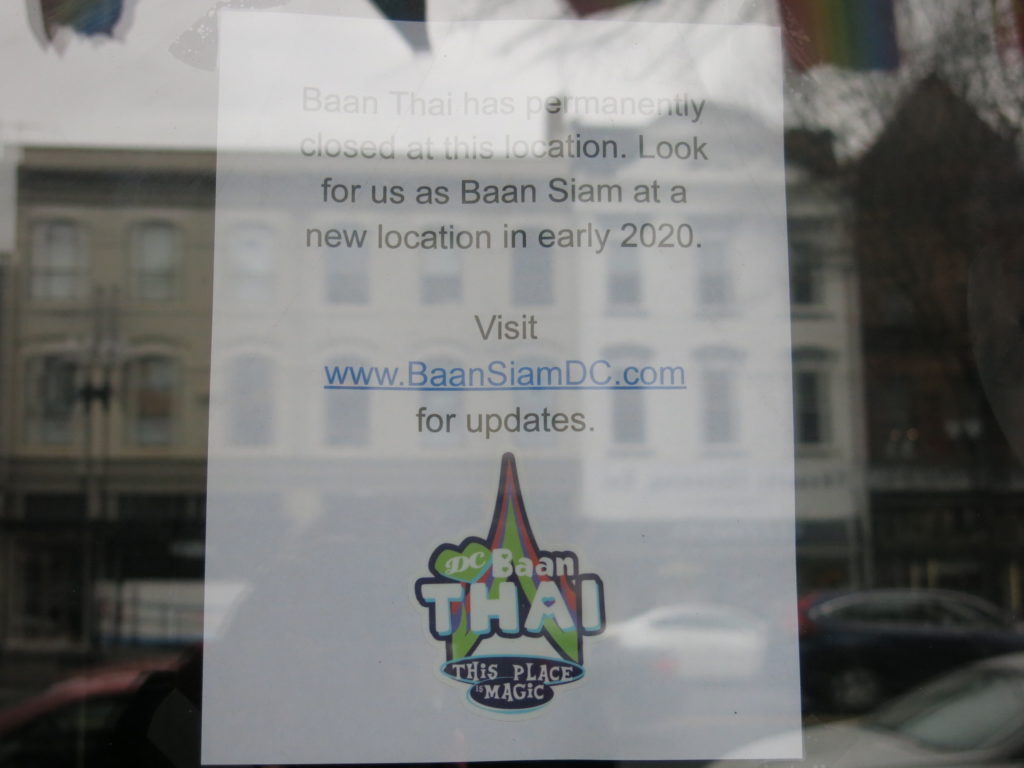 Back in December we shared the news that Baan Thai would be closing their super popular Logan Circle location. However, they’d be opening somewhere else and now I hear from a very good source, 99% accuracy rating, that new space will be in Mount Vernon Triangle. Back in April of last year I confirmed some scuttlebutt that Alba Osteria had closed at 425 I Street, NW. If all goes well I believe Baan Siam could be taking over the space/opening as soon as early spring. Fingers crossed and STAY TUNED for confirmation. 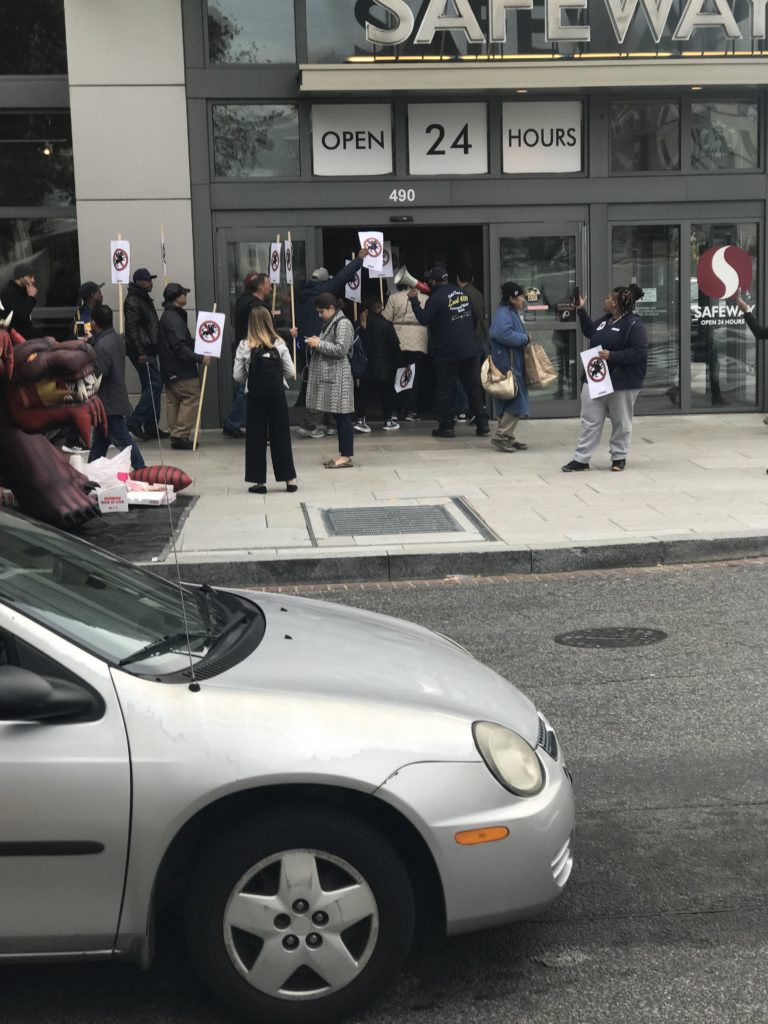 Thanks to Phil for sending around 11:30am:

“Was shopping in Safeway when the group came in with bullhorns and drums, streaming down the aisles! Saw 50 until we left and saw hundreds more waiting to file in!!! At least 200 if not 300.” END_OF_DOCUMENT_TOKEN_TO_BE_REPLACED 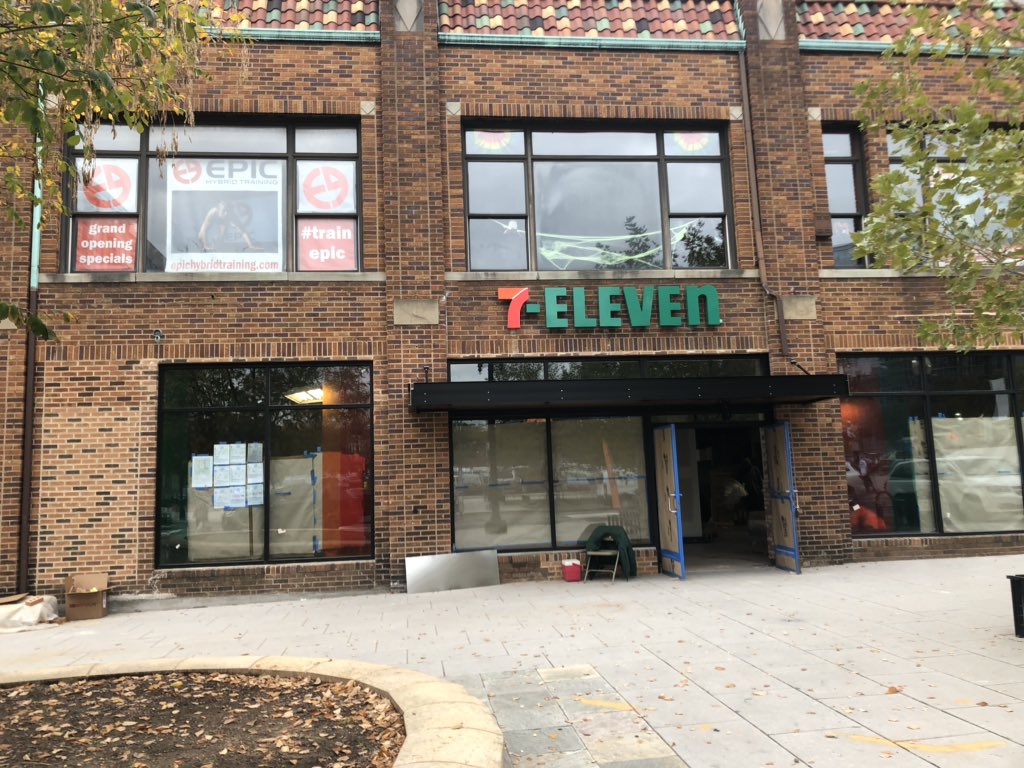 Thanks to Jake for sending. Back in May we learned:

“The ANC 6E agenda notes that a new 7-11 wants to have an unenclosed sidewalk cafe — coming to the southwest corner of 5th and K. I think that’s two storefronts down from Capital City Wine on the corner, which recently closed.” 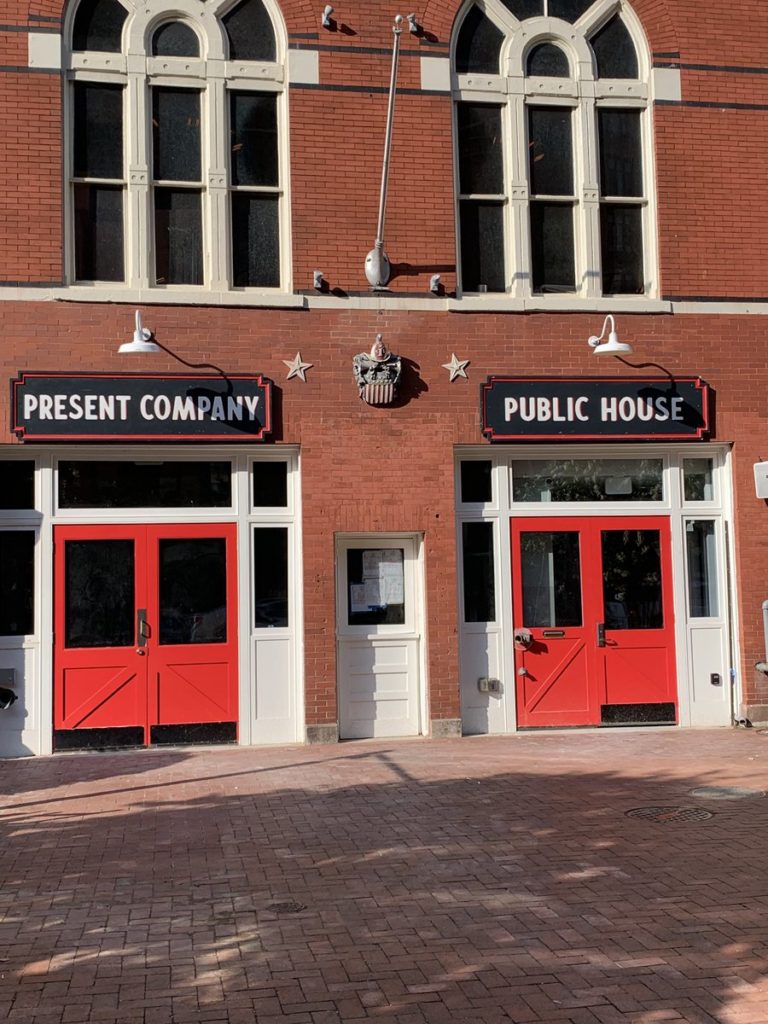 “An advertiser, a lawyer and an architect walk into a bar…

It might sound like the start of a joke, but it was actually the start of a successful DC pub. About ten years ago, Brittany Ryan (the advertiser), Matt Murphy (the lawyer), and Nick Bernel (the architect) were moonlighting from their day jobs at a Georgetown bar when their passion for the business led them to opening their first restaurant. The trio brought in Jeremy Gifford, another veteran of the same Georgetown bar fresh off of opening DC Reynolds in Petworth, as an advisor, and together they opened The Pub & The People, at the crossroads of Bloomingdale and Eckington on North Capitol Street.

The Pub, as regulars call it, was an immediate success, and has won either “Best New Bar,” “Best Neighborhood Bar,” or “Best Bar” from the Washington City Paper every year since opening in 2015. Now, that quartet is taking their winning formula across town to open Present Company Public House this weekend.

Present Company occupies an 1855 firehouse that was the oldest operating fire station in the District when it was decommissioned in 1974. The space has been redesigned with care and sensitivity to its history, adding modern touches while exposing the bones of the 19th century firehouse. Located at 438 Massachusetts Ave. NW, it straddles the line between Chinatown and Mount Vernon Square, and is just a few blocks from NoMa.

The kitchen will be headed by Executive Chef Lincoln Fuge, a Certified Sommelier originally from Nashville, who was most recently head chef at DC’s recently closed and much-loved 701. He brings with him extensive experience in upscale restaurants on both coasts — from Boston to Los Angeles — with names like Nobu and Todd English on his CV. END_OF_DOCUMENT_TOKEN_TO_BE_REPLACED 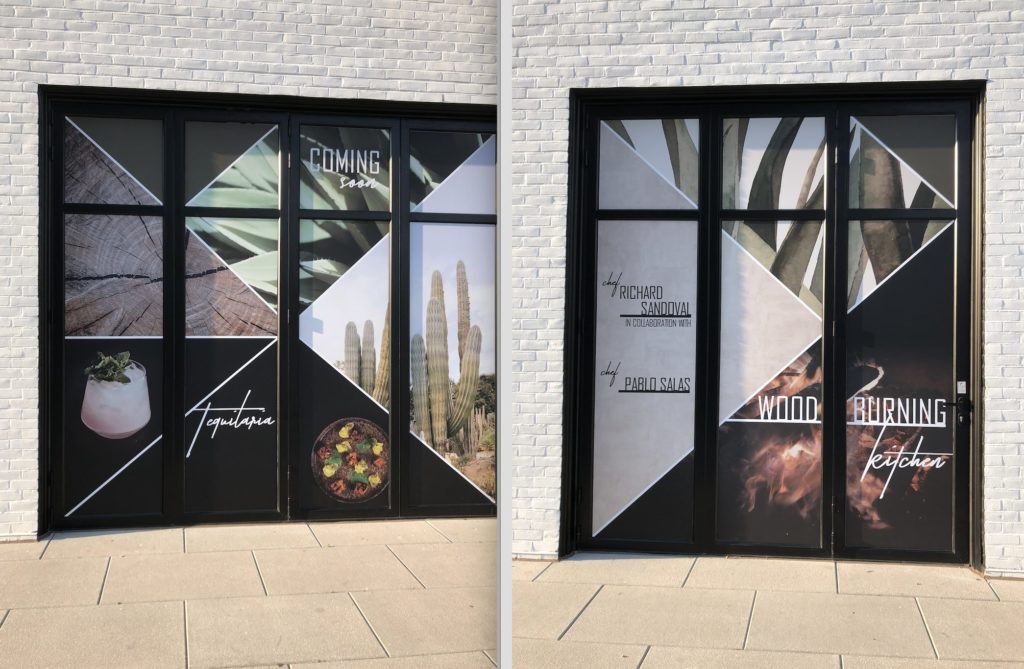 Thanks to Sherri for sending these new signs up under the Cloakroom in Mt Vernon Square. Thanks also to Matt for sending: “Looks like Richard Sandoval is opening a new place on 5th and K NW, below the Cloakroom. Coming soon.”

I believe it’s either going to be called Tequilaria or Wood burning kitchen :) Updates as they get closer to opening. 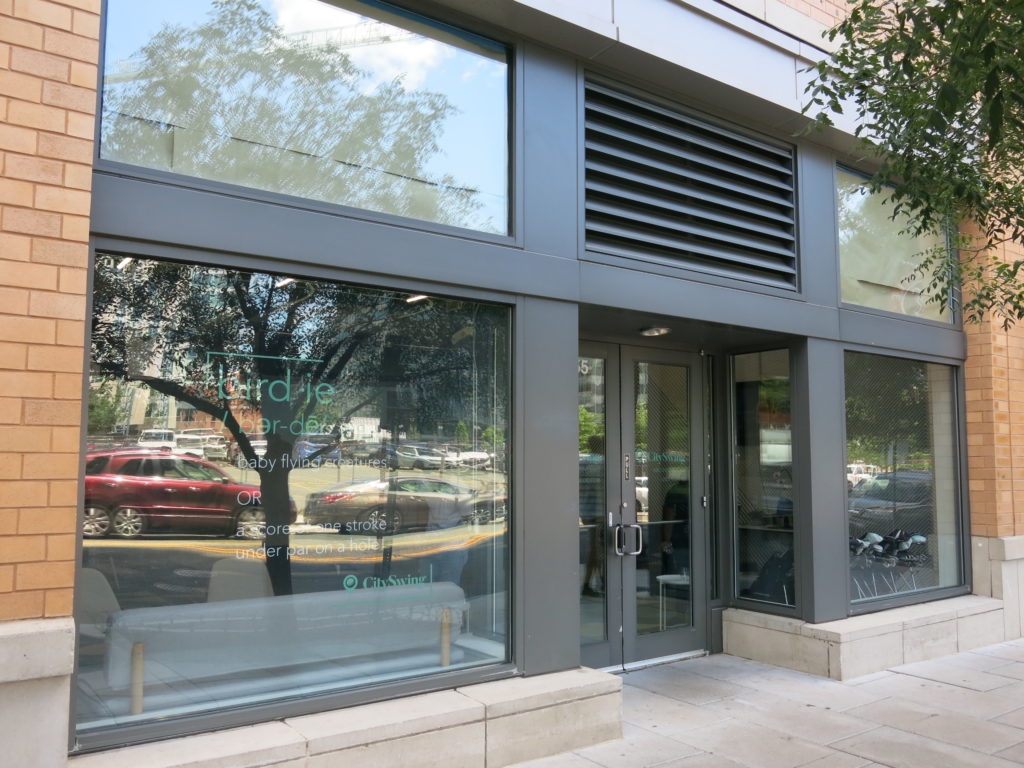 Thanks to Michael for sending word that CitySwing had opened in the former Ace Hardware space.

“CitySwing is an immersive pop up golf experience in the heart of the city. We believe golf should be convenient and accessible to everyone. Our space was created for a wide range of golfers – from those addicted to the game to those that have never imagined themselves participating. Think of us as an alternative to outdoor golf when time, weather or proximity prohibit traditional play and as an inclusive and non-intimidating place to practice, or simply get introduced to the game. We are passionate about 3 things: END_OF_DOCUMENT_TOKEN_TO_BE_REPLACED