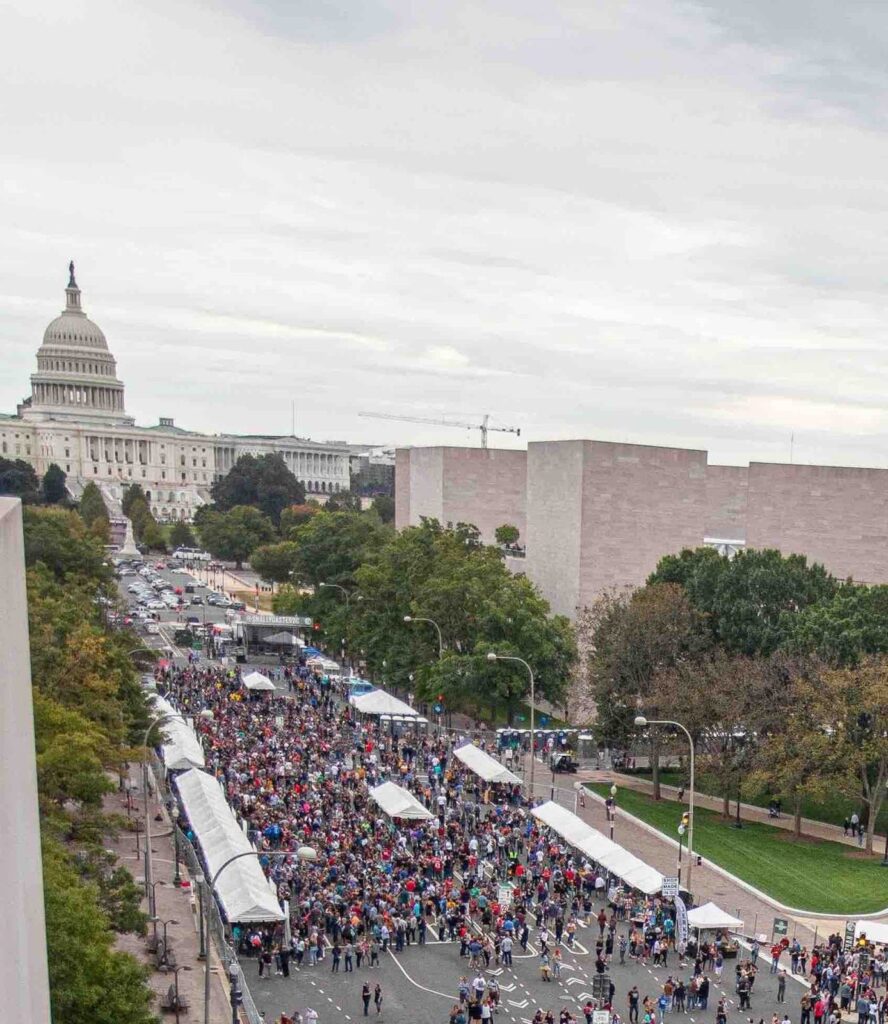 “WHAT: Snallygaster is Neighborhood Restaurant Group’s flagship colossal beer festival organized annually since 2012. The prestigious restaurant group is recognized for their unmatched hospitality but also for their beer-centric knowledge and focus behind renowned food and beverage concepts like Churchkey, Bluejacket Brewery, Birch & Barley, Shelter and the Sovereign.

Named after the mythical Mid-Atlantic dragon, this event has been monumental in attracting a curious scope of drinkers, savvy brewers and food vendors from across the Mid-Atlantic. For one day and one day only, they’ll simultaneously unleash an unparalleled beer, cider, wine and cocktail selection alongside the best of the best in food trucks, live music on two stages, entertainment and family fun. END_OF_DOCUMENT_TOKEN_TO_BE_REPLACED 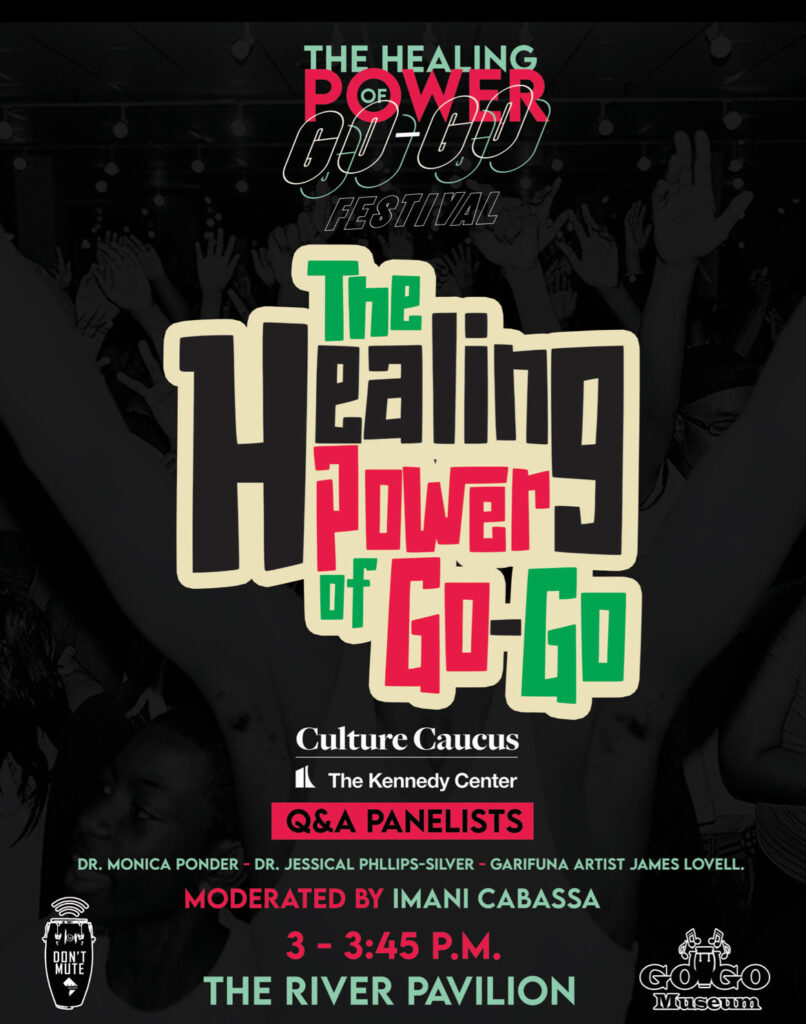 “As members of the inaugural “Culture Caucus”, Don’t Mute D.C., will host the “Healing Power of Go-Go” Festival from Friday, July 22nd through Saturday, July 23rd at the Kennedy Center. This event will allow patrons and the community to explore the role that Black music plays in healing from individual and societal traumas. The festival will include free activities such as live music, impactful conversations, art vendors and dance and drumming workshops. END_OF_DOCUMENT_TOKEN_TO_BE_REPLACED 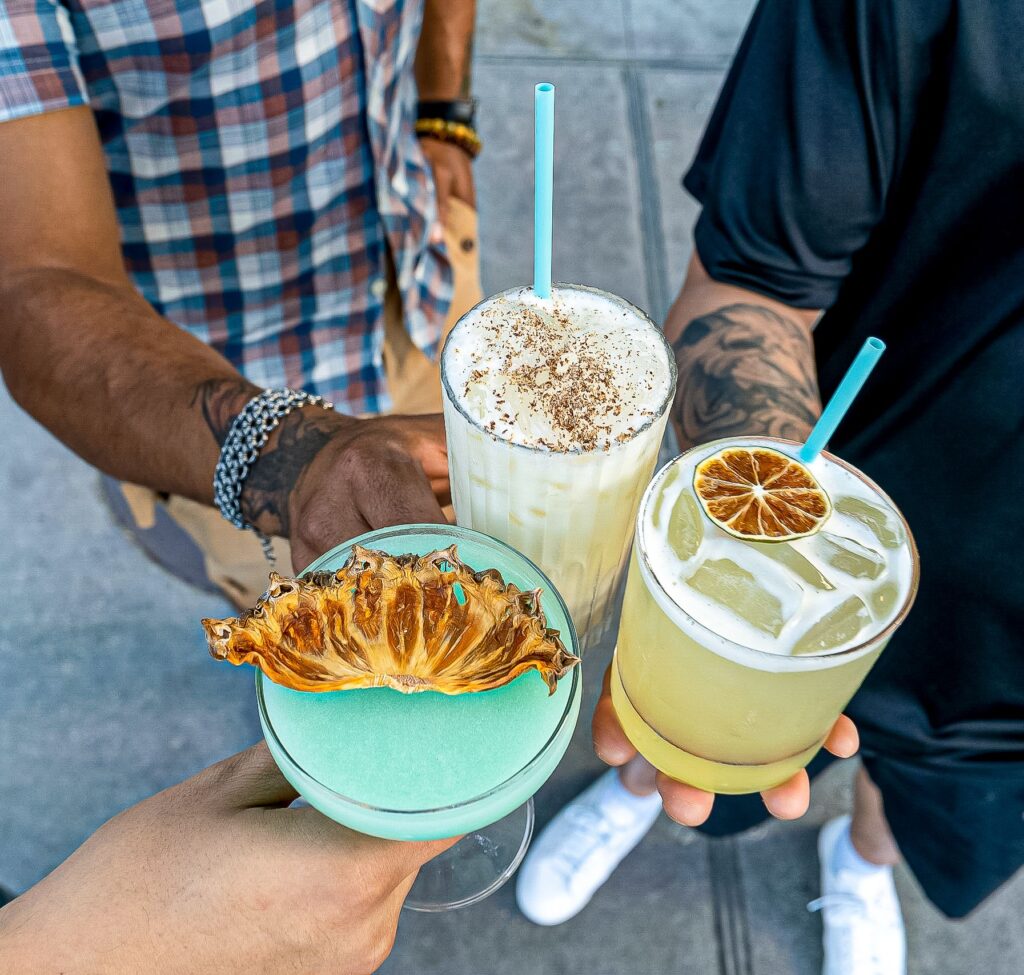 “WHAT: It has been six years since the emblematic Cuban social hub, Colada Shop, opened its doors in the DMV area and brought to Washingtonians the fascinating culinary landscape of the islands’ favorite bites and drinks. Today, Colada Shop continues to embody the spirit of the island and celebrate this vibrant and energetic culture.

To commemorate this very special summer, the team welcomes friends and fans to the annual Piña Colada Festival with a series of limited edition piña coladas. END_OF_DOCUMENT_TOKEN_TO_BE_REPLACED 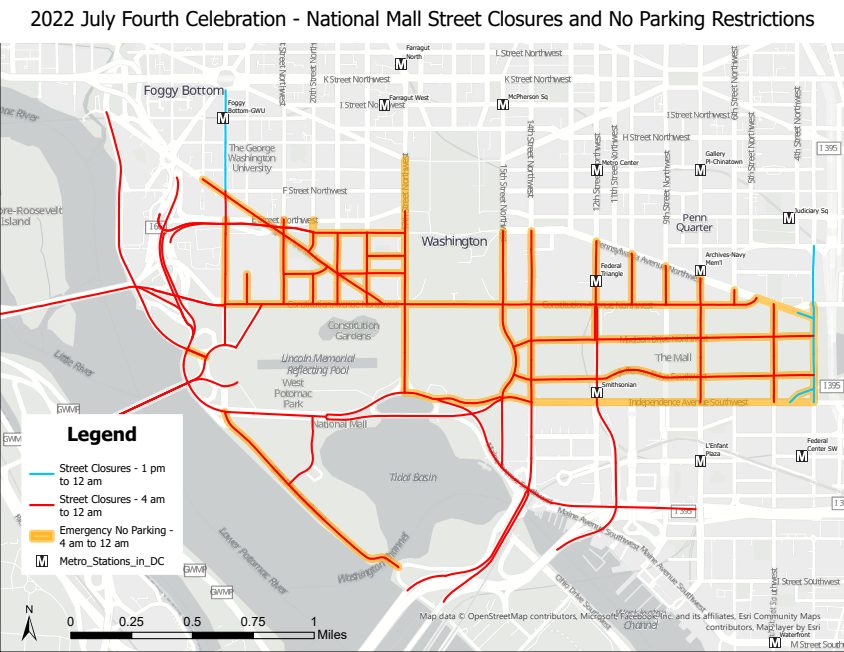 Map of Mall closures, please scroll down for the rest

“On Monday, July 4, 2022, the 2022 Fourth of July Celebration will take place in the District of Columbia. In addition to this event, there are other events in the city which will require extensive street closures that motorists should take into consideration.

The following streets will be posted as Emergency No Parking for the National Independence Day Parade on Monday, July 4, 2022 from 4:00 a.m. to 12:00 a.m.: END_OF_DOCUMENT_TOKEN_TO_BE_REPLACED 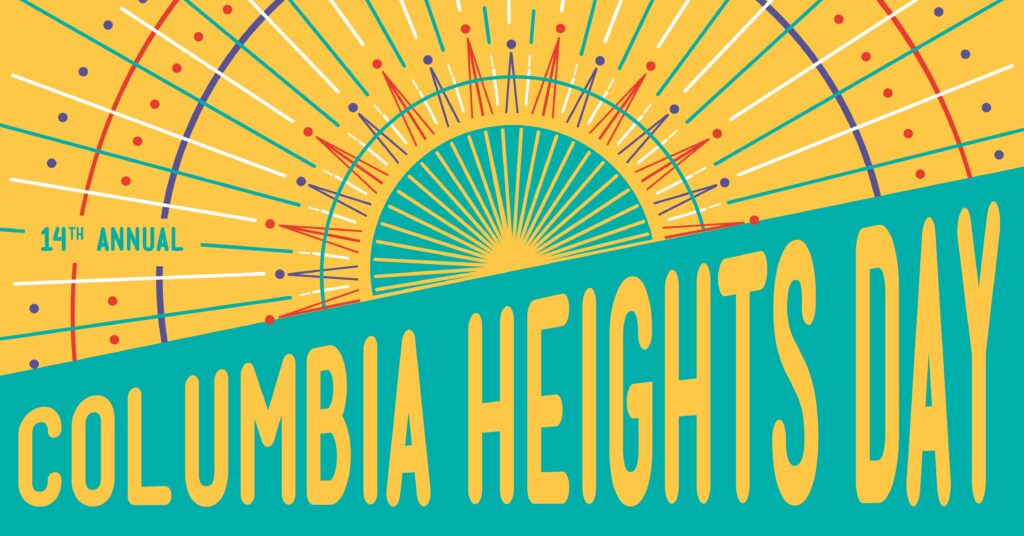 “On Saturday, June 18, come join us as we celebrate the diverse and vibrant neighborhood of Columbia Heights. Rather than a street closure, there will be three activation zones throughout the neighborhood with programming and activities for all ages.

The event will feature a Carnival and Main Stage at Tubman Elementary School with performances from A Boy Called Patches, Orion and the Melted Crayons, La Marvela, Dante’ Pope, Marc Cary, and Like That Records DC, and appearances from Glass Palace Entertainment. The stage at 14th and Girard, hosted by DJ DinoVersace, will include performances from Miss Angie, Capoeira Barro Vermelho & Brazilian American Cultural Center, Elin, and Carly Harvey.


From a press release:

“To celebrate the DC Class of 2022, XQ Institute and SOMETHING IN THE WATER will give a free pass to SOMETHING IN THE WATER to every high school senior in DC – over 4,000 students. The festival created by visionary recording artist, producer, songwriter, philanthropist, fashion designer, and entrepreneur, Pharrell Williams will feature a diverse lineup Juneteenth weekend, June 17-19 in Washington D.C.

Alongside the festival, XQ and SOMETHING IN THE WATER are coming together to host the DC+XQ Community Market, steps away from the festival and open to the public starting at 10am on Saturday, June 18 and Sunday, June 19.

“XQ’s goal is to transform high schools,” said Marc Ecko, XQ’s Chief Creative & Strategy Officer. “We believe the work of transformation is community centered, so celebrating DC’s student community with the greater DC community is an honor for XQ.”

The DC+XQ Community Market will feature an array of local vendors, merchants and entrepreneurs representing DC’s unique and vibrant culture. Alongside the market, there will be a photo booth and interactive experience presented in community with DC artist, Chris Pyrate, and a special appearance by international artist JR’s Inside Out Project.

XQ Institute is the nation’s leading organization dedicated to rethinking the high school experience so that every student graduates ready to succeed in life. In February 2022, DC+XQ was launched with DCPS as a community-driven, district-wide, multi-year partnership to rethink what DC public high schools can be for all students.

“The DC+XQ partnership is an investment in the successful futures of young people throughout the District of Columbia. XQ is proud to serve alongside DC Public Schools and communities to show that high school transformation is necessary, possible, and underway,” said Ursulina Ramirez, XQ’s Chief Program Officer.”

“From Friday, June 17, 2022 through Sunday, June 19, 2022, the Something in the Water (SITW) music festival will take place in the District of Columbia. Beginning on Monday, June 13, 2022 through Thursday, June 16, 2022, the buildout and setup for SITW will take place on city streets. In conjunction with the buildout and the festival, motorists should take into consideration the following parking restrictions and street closures: END_OF_DOCUMENT_TOKEN_TO_BE_REPLACED 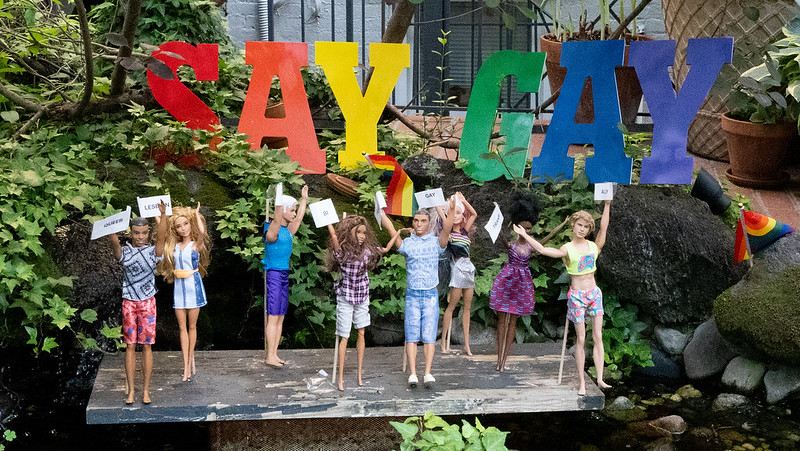 “On Saturday, June 11, 2022, the Capital Pride Parade and Block Party will take place in the District of Columbia. In conjunction with this event, there will be parking restrictions and street closures that motorists should take into consideration: END_OF_DOCUMENT_TOKEN_TO_BE_REPLACED 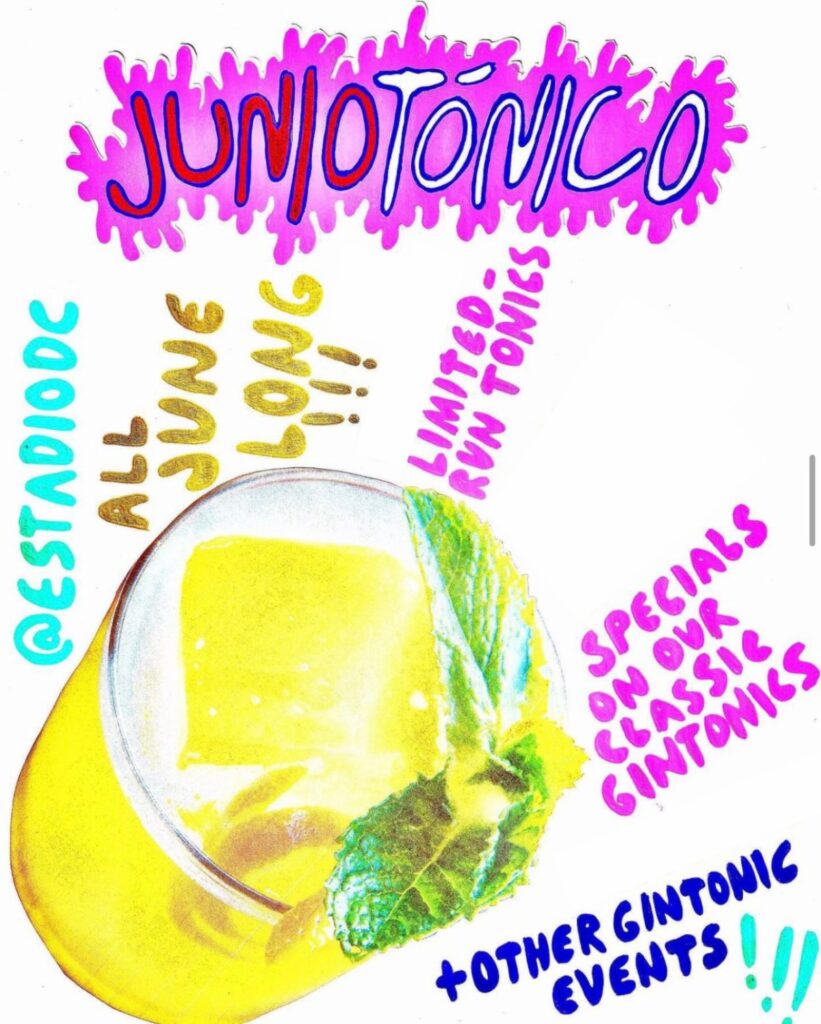 “The Gintonic (yes, sans ampersand) is a very important cocktail to Spanish culture. Aside from Spain being one of the world’s top gin-consuming countries, over the years, the Spanish have created a unique drink vastly different than the traditional English version, known for its bulbous glassware, quality tonics and elaborate garnishes. Long hailed for its own innovative Gintonic menu with seasonal, weekly-rotating flavors, Estadio is once again celebrating Spain’s favorite cocktail for the third year in a row (after a two-year pandemic hiatus), with the 3rd Annual “Juniotónico: a Gintonic Festival” from Monday, June 6 through Thursday, June 30. 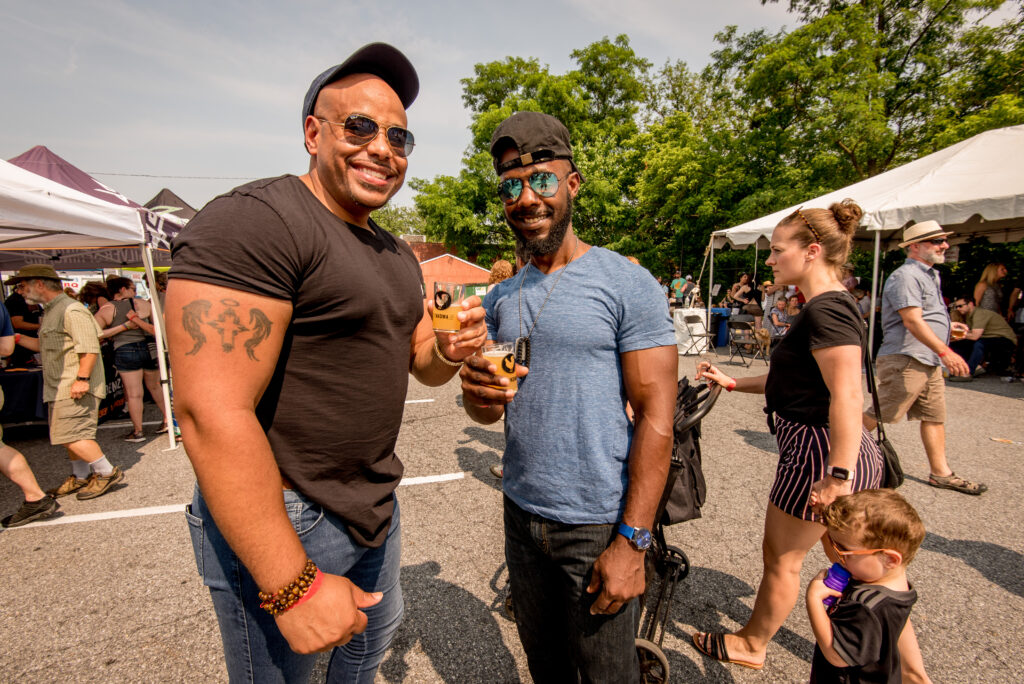 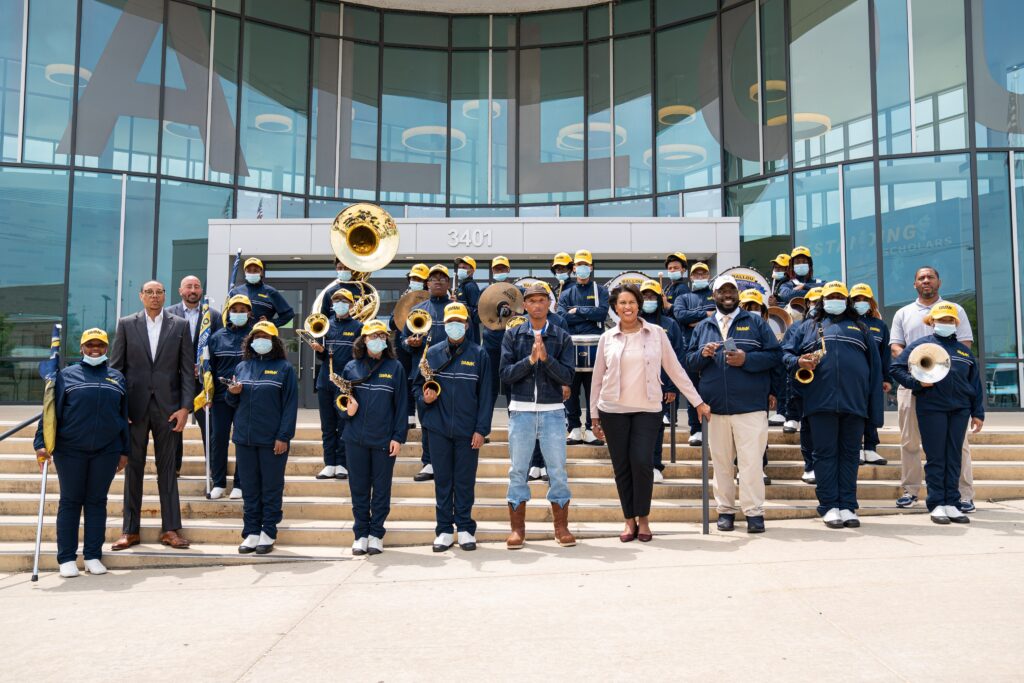 “Went back to high school in the DMV for a day and joined the marching band at @BallouDC Thank you @MayorBowser, see you on Juneteenth in DC for @sitw #SITWfest http://somethinginthewater.com” via Pharrell Williams

Three day passes will go on sale to the general public beginning Saturday, April 30th at 10am END_OF_DOCUMENT_TOKEN_TO_BE_REPLACED