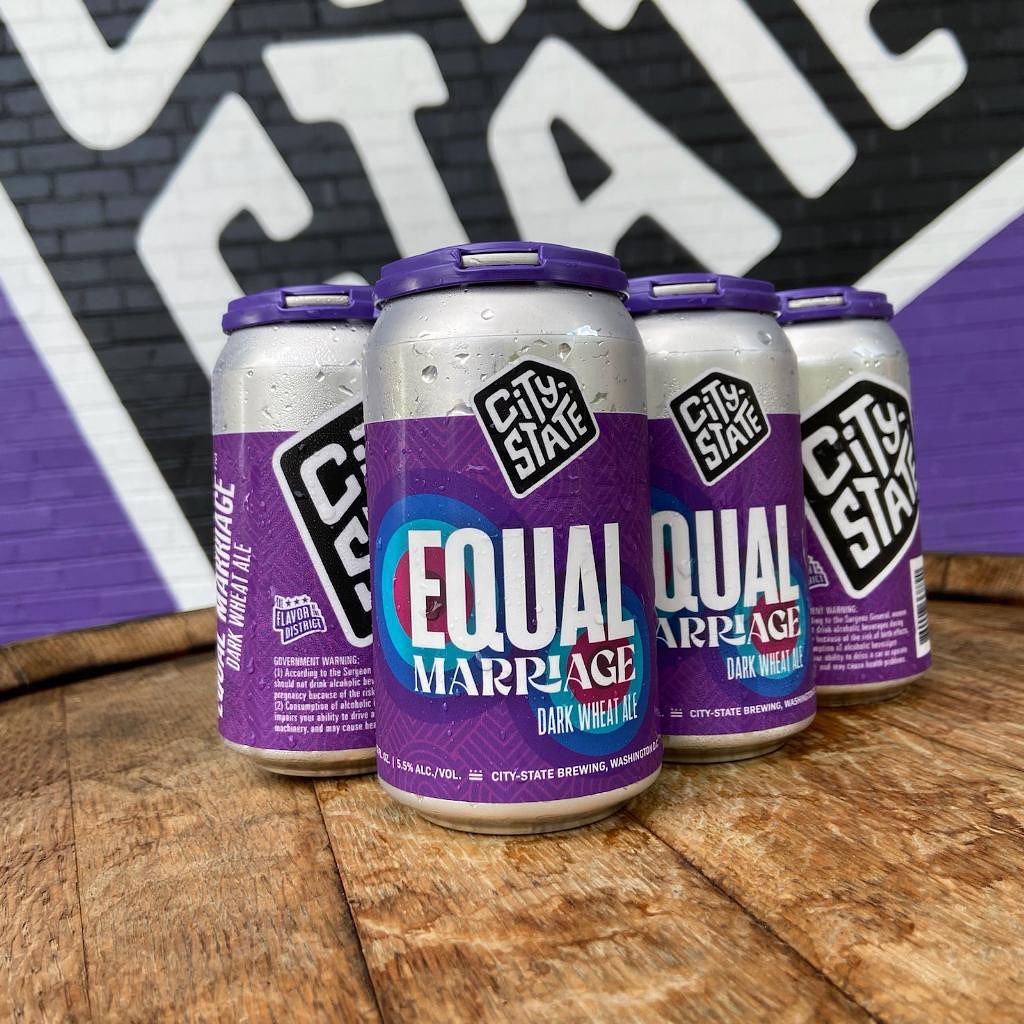 Couples can get married at City-State with the team’s inimitable General Manager Gene Barnett officiating. An arch and photo station will be provided so couples can capture the occasion.

The ceremonies will be free, which will ensure couples have a long and happy marriage (one study by Emory University professors showed a correlation between inexpensive weddings and long-lasting marriages). To honor the occasion, each couple will receive a pint of City-State’s Equal Marriage beer on the house.

Weddings will be conducted in 15-minute intervals starting at 2 p.m. on Dec. 18th. Here’s what couples need to know:

Couples who are already married or can’t make it to the taproom that day can still celebrate at restaurants, bars, and retail stores that carry City-State’s Equal Marriage, like The Freshman in National Landing and The Eleanor in DC and Silver Spring.

Revelers are invited to stick around for a festive holiday market at the taproom featuring the local artisans and the Kam and 46 food truck, from 6 p.m. to 11 p.m.

WHO Couples in the DMV looking to tie the knot.

WHAT Individual weddings officiated by City-State’s taproom manager in honor of Equal Marriage Day. The lucky couples also get to toast their nuptials with complimentary Equal Marriage beer, a dark wheat with notes of chocolate, coffee, clove and banana.

Read more →
More Stories
“Zoning of the past, housing of the future. By ileana schinder”Today’s Rental was chosen for the windows