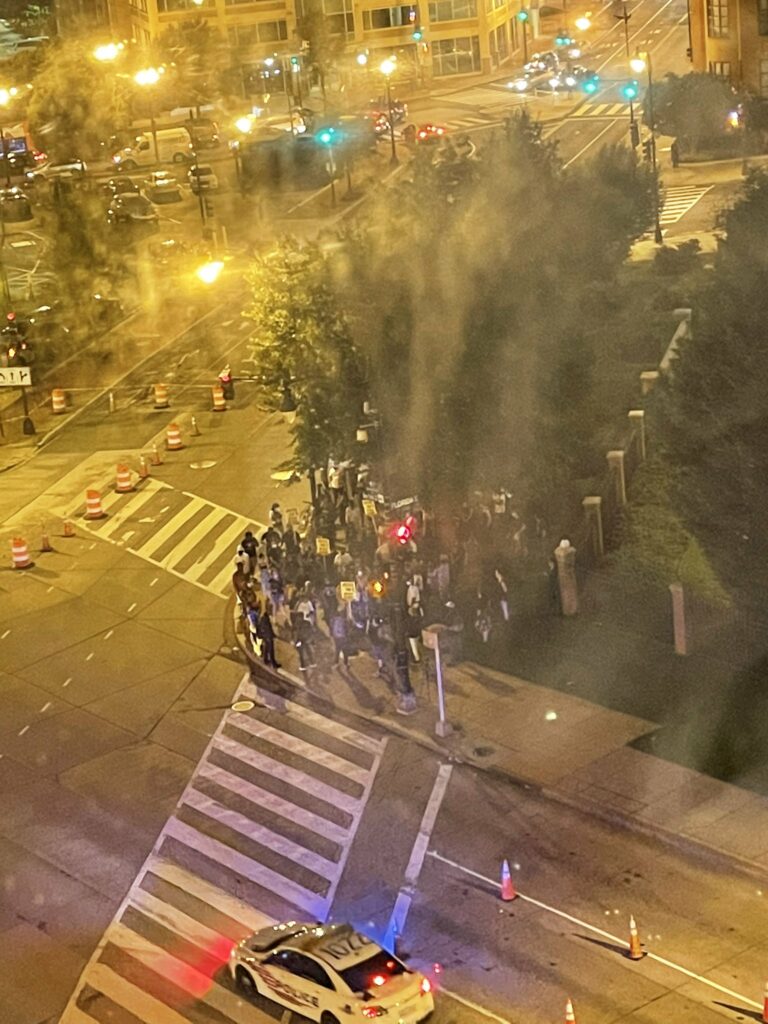 Thaha and many others shared last night:

“protest on New York Ave NE And Florida Ave #. Across the street from Wendy’s.”

The protest was in response to the police shooting and killing of An’Twan Gilmore on Wednesday, August 25, 2021, at New York Avenue and Florida Avenue, Northeast. 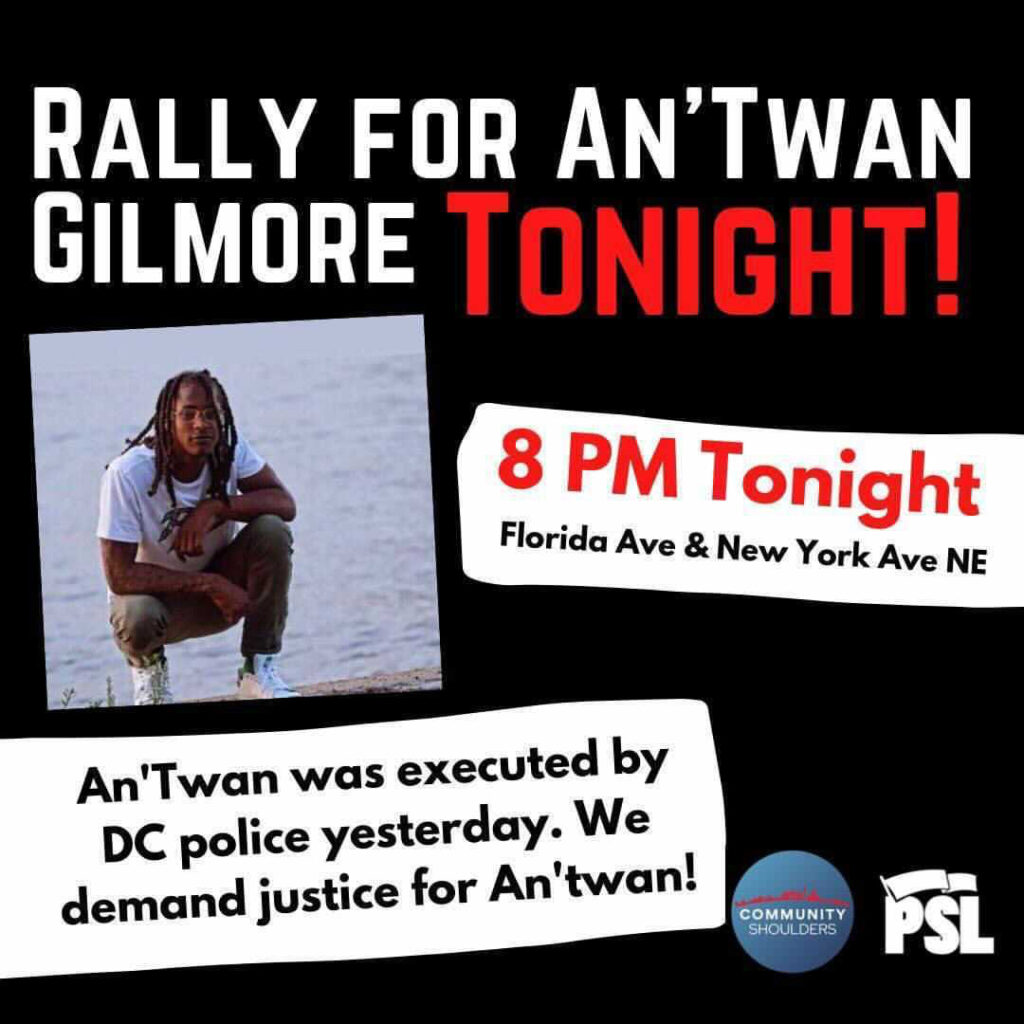 unrelated to the rally but regarding the shooting from the office of Councilmember Charles Allen:

“The following is a statement from DC Councilmember Charles Allen (Ward 6), Chair of the Committee on the Judiciary and Public Safety, regarding yesterday’s fatal shooting by the Metropolitan Police Department:

“Yesterday’s shooting and killing by an MPD officer of a Black man in a vehicle is deeply concerning, and my thoughts are with his loved ones. I immediately requested the full and unredacted body-worn camera footage to review, and Council legislation also requires footage to be made public if the victim’s family consents. Any police killing must prompt a thorough review of the decisions, tactics, and actions made by the responding officers, as well as an examination of any operational or structural issues within the Department that may have contributed. I have spoken at length with Chief Contee and believe he is committed to a thorough review of the officers’ actions and potential violations of policy or law. The incident is also being referred to the United States Attorney’s Office.

We know this incident will increase distrust between members of our community and MPD, particularly when just last week a white man in a parked truck made violent bomb threats for hours at the Library of Congress, yet the situation was successfully deescalated without violence. That disparity makes us all less safe. I call on MPD to take actions that will prevent future shootings, including immediately complying with Council legislation requiring a full complement of members on the Use of Force Review Board and reconstituting the long-dormant Police Officers Standards and Training Board.”