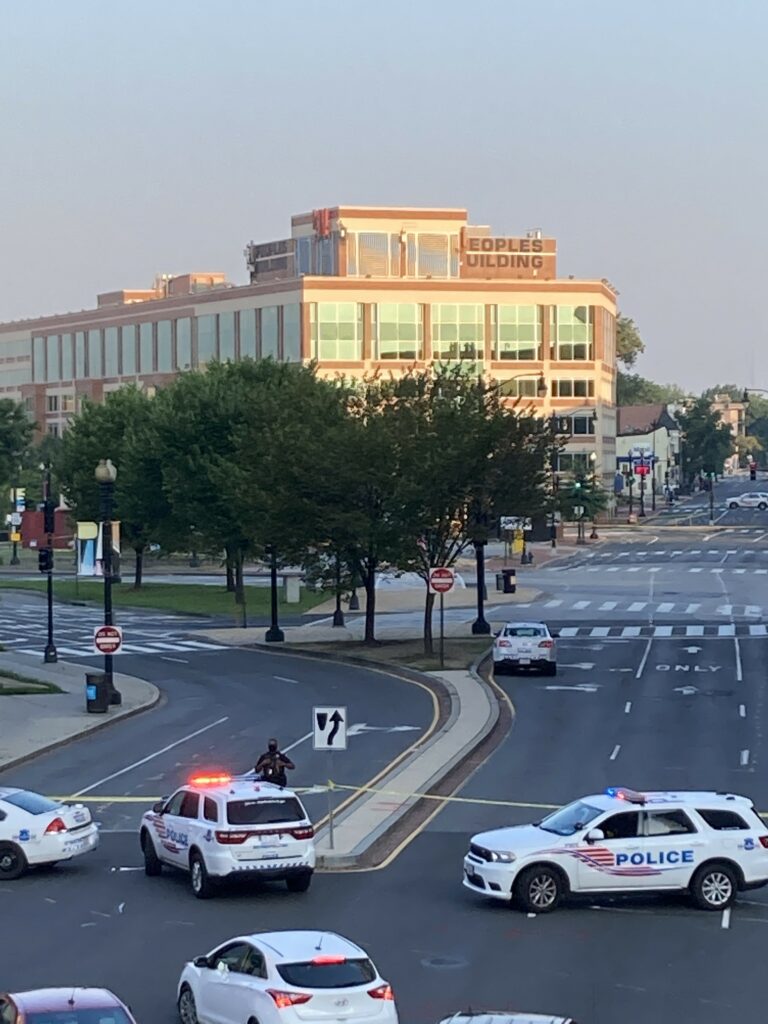 Florida and NY Ave, NE in NoMa photo by S.

At 3:44am MPD reported: “Traffic will be closed on New York Avenue NE both Eastbound and Westbound between 4th Street NE and North Capitol Streets NE due to an ongoing police investigation.”

at 8:30am: “TRAFFIC UPDATE: New York Avenue, NE is now OPEN in both directions.” 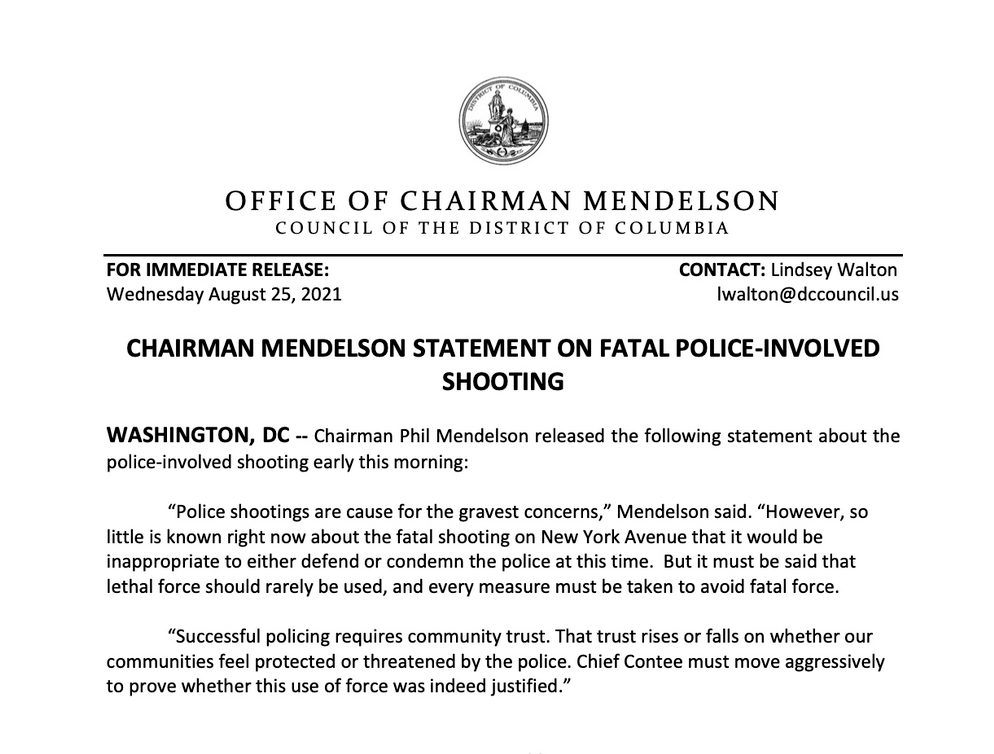 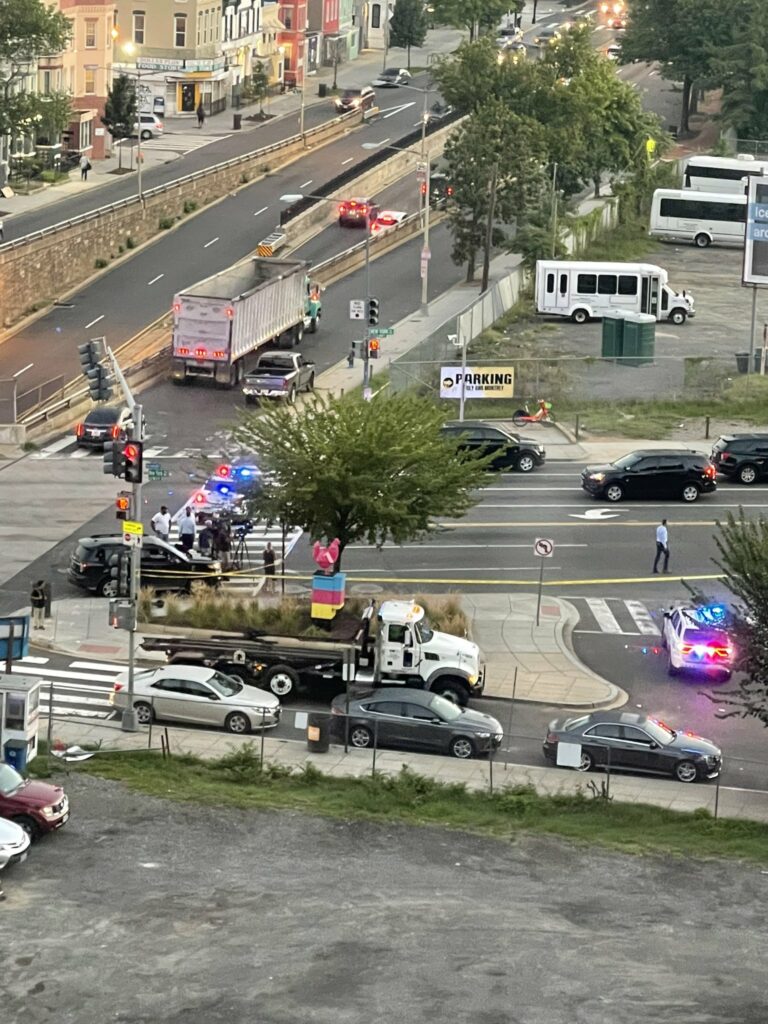 At approximately 2:45 am, uniformed patrol officers from the Fifth District were dispatched to the intersection of Florida Avenue and New York Avenue Northeast, for the report of an unconscious person inside a vehicle occupying a traffic lane. Upon arrival, officers observed an adult male unresponsive with his foot on the brake pedal of his running vehicle, with a visible handgun in his waistband. Additional MPD members were called to the scene, and a ballistic shield was deployed. MPD members attempted to engage the driver. The driver reacted and moved the vehicle forward. Members ordered him to stop the vehicle and he did. The driver then proceeded forward as an MPD member discharged their service weapon multiple times, striking the driver inside the vehicle. The vehicle then continued forward before coming to rest in the Unit block of New York Avenue, Northeast.

MPD members removed the driver from the vehicle and began immediate lifesaving efforts. DC Fire and Emergency Medical Services responded to the scene and transported the driver to a local area hospital where, after all life-saving efforts failed, the driver was pronounced dead.

The decedent has been identified as 27 year-old Antwan Gilmore, of Capitol Heights, MD.

The MPD members involved have been placed on administrative leave, pursuant to MPD policy. Body worn camera footage from this incident is currently under review. This case remains under investigation. Anyone with information is asked to contact MPD at (202) 727-9099.”

Thanks to Maribel for sending a shot of Dobby. *This series features any pets in a backpack/bag/vessel. On metro, or not. Corgi, or not, and often NOT a corgi but…

“Dear PoPville, I’ve tried my local listserv, facebook group etc with no luck, so you’re my last hope! Sunday I found this envelope tucked under the windshield wiper of my…