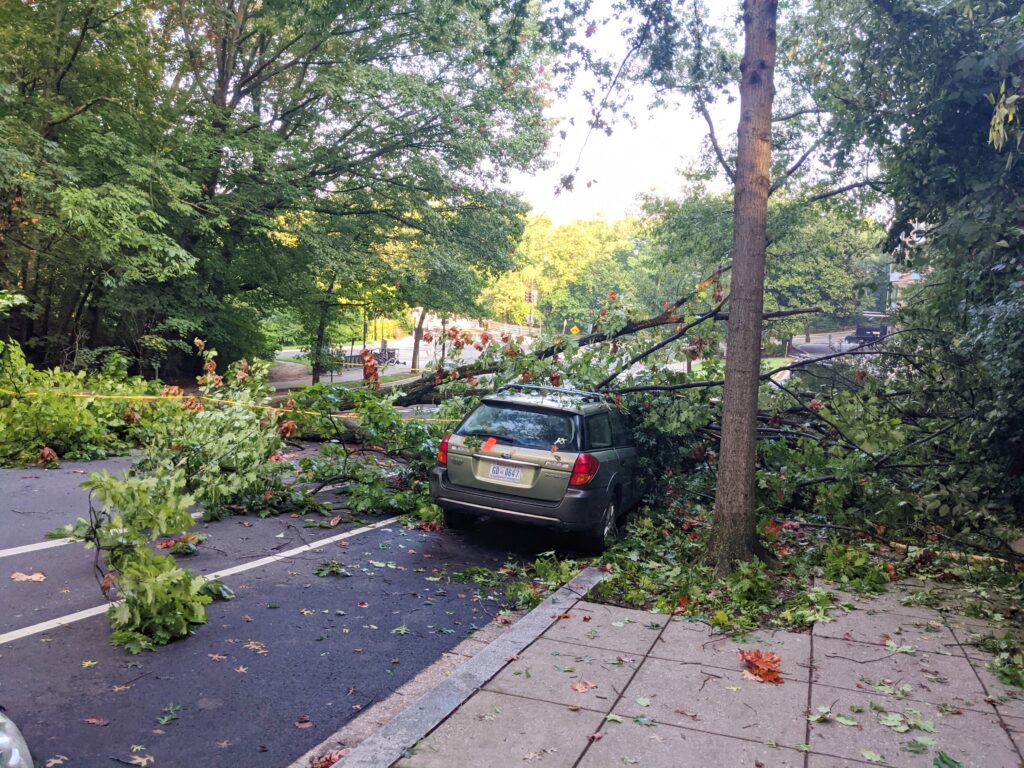 V sends around 8:15am this morning: “Massive tree fell down on two cars at the end of Harvard St NW right by the off ramp from Beach Dr NW by the Zoo. 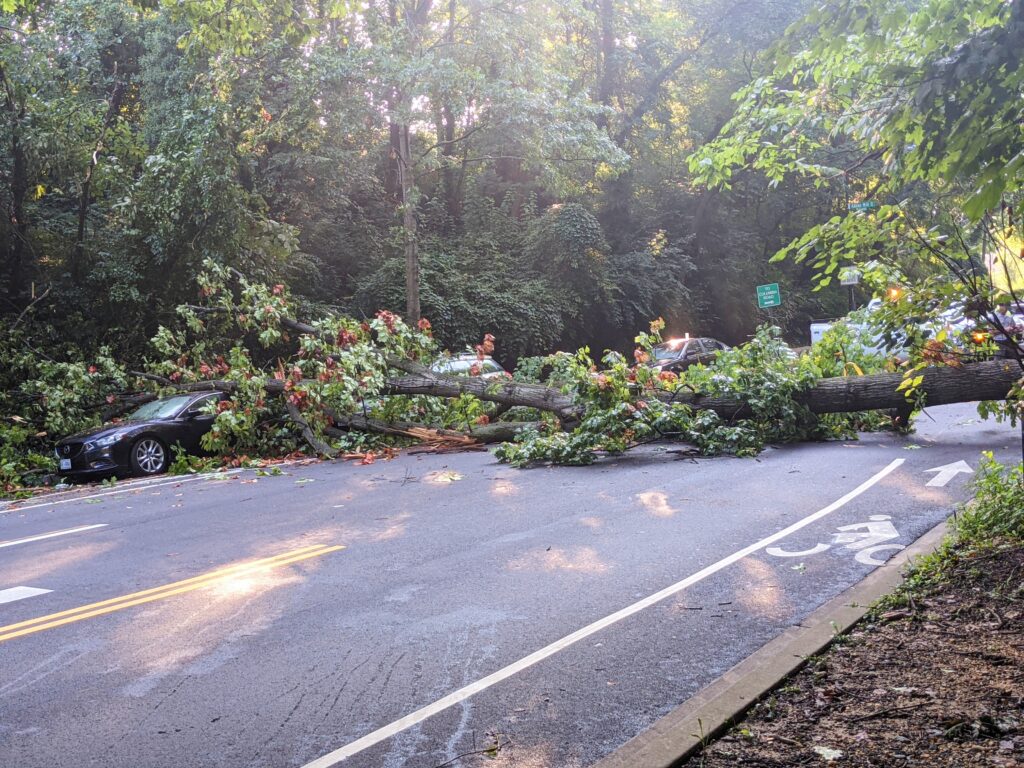 Blocking the entire road to both ways of traffic.” 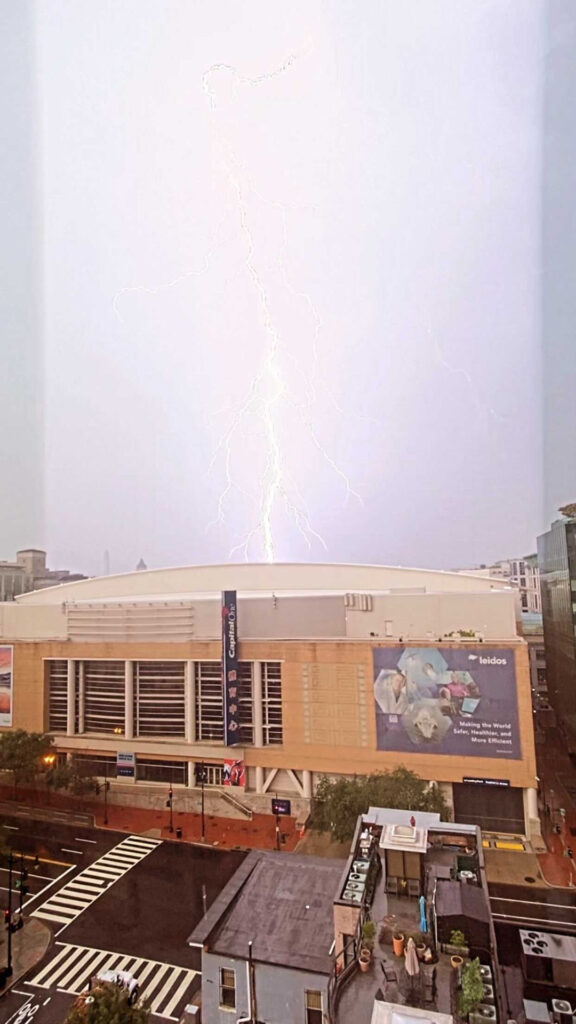 photo by the irish giant 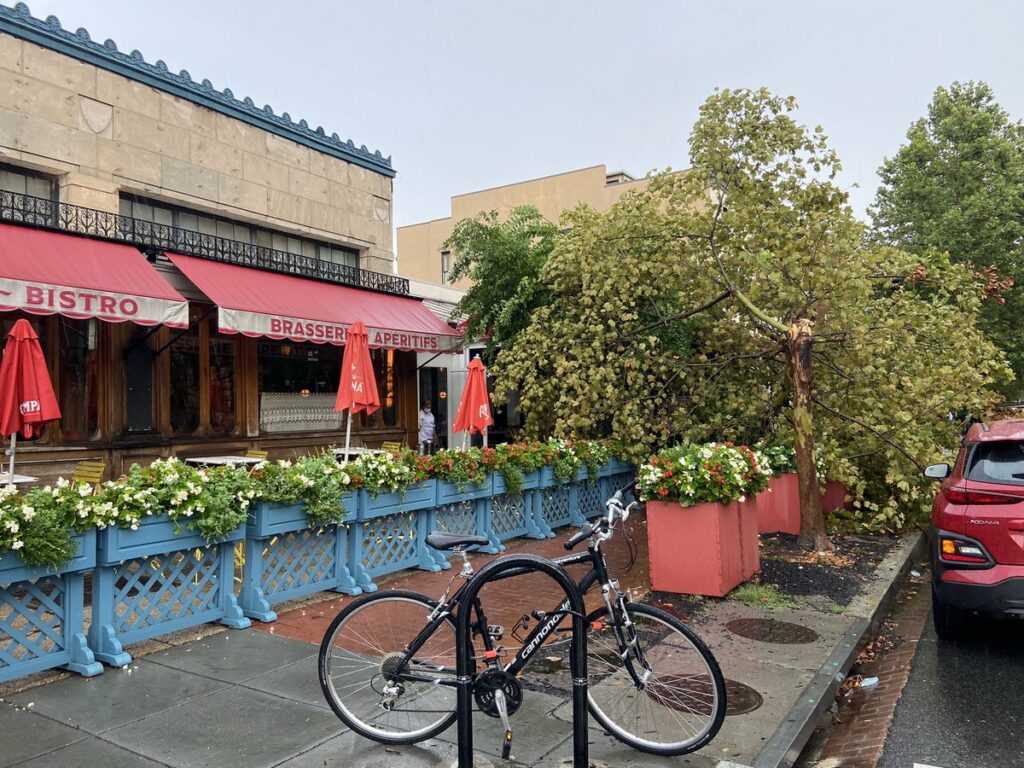 And regarding later today, from the National Weather Service: 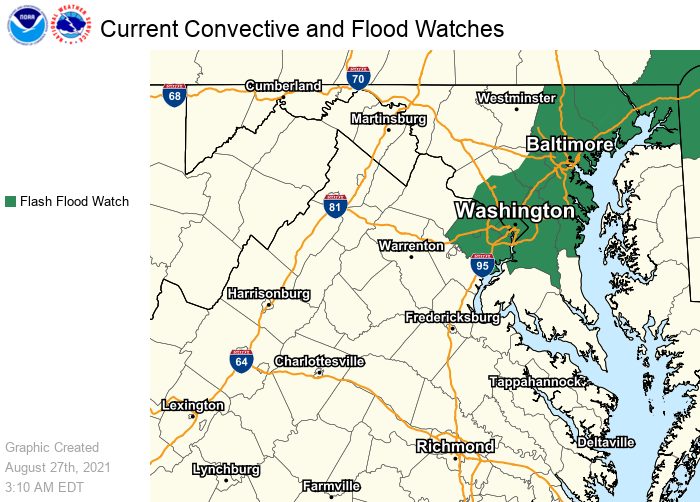 “A Flash Flood Watch has been issued for areas along the I-95 corridor this afternoon into tonight. Showers and thunderstorms are likely to bring heavy rainfall, which could lead to instances of flash flooding, especially in urban areas.” 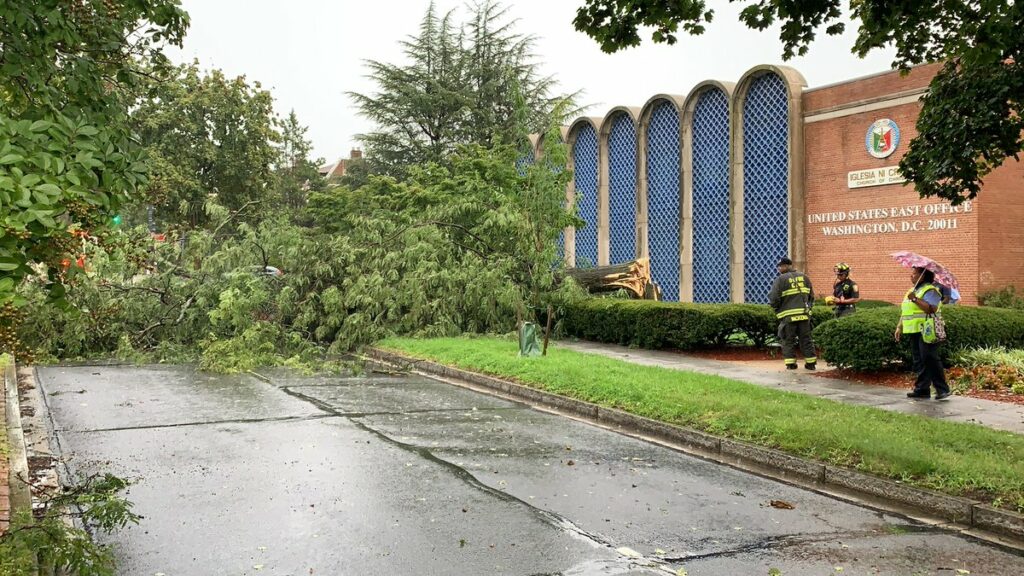 “The National Weather Service (NWS) has issued a Flash Flood Watch for the District of Columbia, which is in effect from 1PM through this evening.

Numerous showers and thunderstorms are expected this afternoon and evening. Average rainfall amounts are expected to be between one half to one inch. However, thunderstorms will be capable of producing very heavy rainfall rates of 2 to 3 inches per hour, causing localized amounts of 2 to 4 inches possible. While storms are possible any time this afternoon through this evening, the most widespread thunderstorm activity is most likely to be late this afternoon through early this evening. Heavy rainfall amounts in a short period of time may result in rapid rises on streams and creeks as well as the potential for flash flooding in urban areas.”