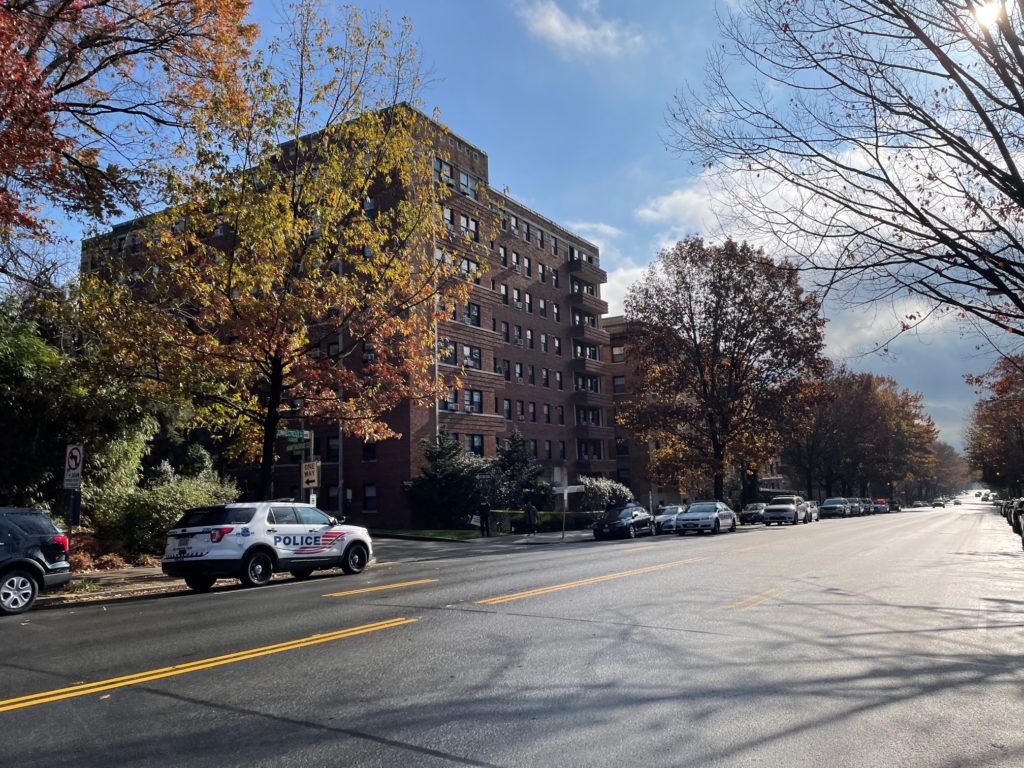 2900 block of Connecticut Ave, NW next to the Zoo

“Detectives from the Metropolitan Police Department’s Homicide Branch are investigating a homicide that occurred on Thursday, November 26, 2020, in the 2900 block of Connecticut Avenue, Northwest.

At approximately 9:29 am, members of the Second District responded to the listed location for the report of an unconscious person. Upon arrival, members located an adult male inside an apartment suffering from a gunshot wound. DC Fire and Emergency Medical Services responded to the scene and after finding no signs consistent with life, the victim remained on the scene until transported to the Office of the Chief Medical Examiner. Members located an additional adult male victim in the hallway, suffering from a gunshot wound.

The surviving victim was transported to a local hospital for treatment of non-life threatening injuries.

The decedent has been identified as 39 year-old Edward Pearson, of no fixed address.