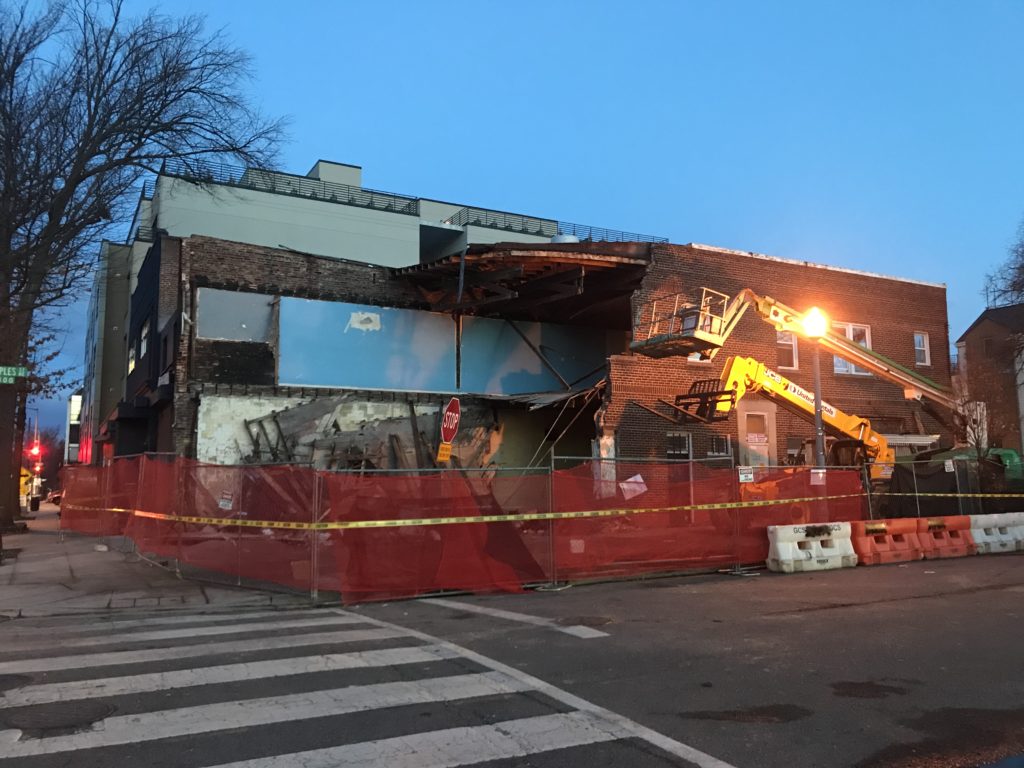 Here’s a pic of what the building that collapsed looks like this morning. There were crews out late trying to stabilize the building and clean and secure the area especially front bordering the Florida Avenue and the sidewalk. You could feel the bricks and beams falling down last night. It was also pretty dusty this morning. I heard The Fringe Arts building was not damaged by the collapse so that’s good news.”

“I reported this building to @dcra few weeks ago after a resident complaint and supposedly an inspection was scheduled 1/9. How was this not avoided! #ANC5D #TrinidadDC @dcra has some explaining to do.”