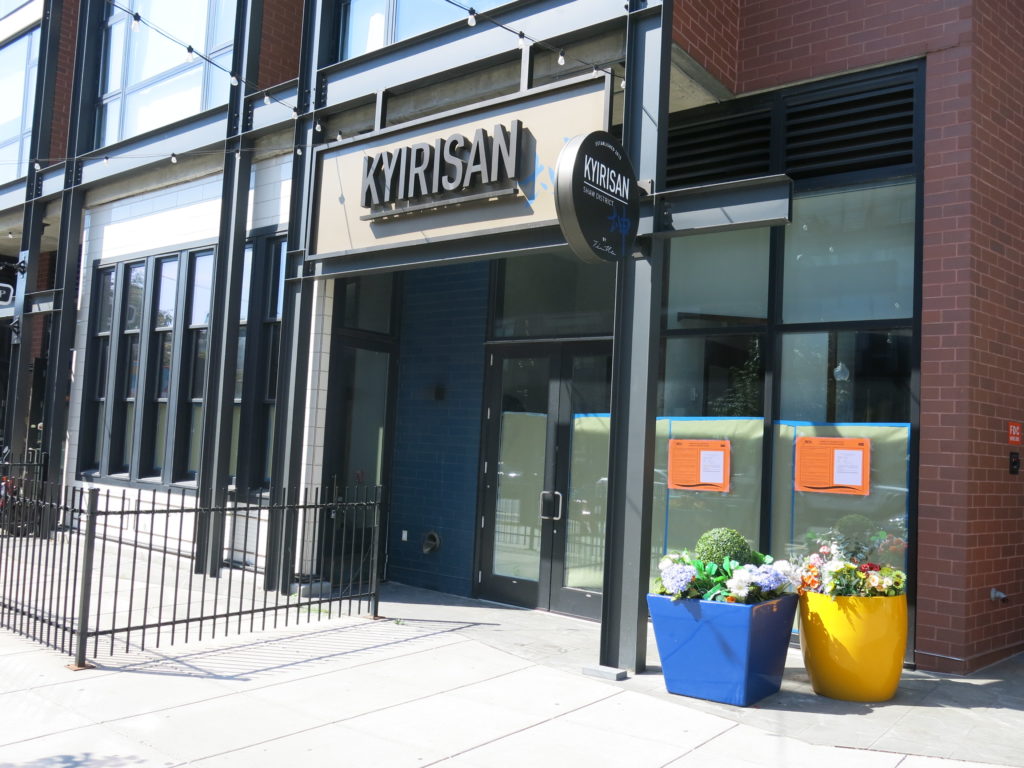 “Known for its Detroit-style pizzas and award-winning burgers, Emmy Squared, the beloved Brooklyn-born restaurant opens its first Washington D.C. location in Shaw (1924 8th St NW, Washington, DC 20001) on Wednesday, January 15. Co-founded by Emily Hyland and Executive Chef Matt Hyland, along with partners Howard Greenstone and Ken Levitan, the Pizza Loves Emily group has expanded on the East Coast with the opening of its seventh Emmy Squared in Washington D.C., with additional outposts in New York, Nashville and most recently Philadelphia.

“Washington DC is the natural progression for our expansion, and having owned restaurants in Washington DC prior, I’ve found it to be a great restaurant city. We felt that choosing Shaw district for our first location made sense and the restaurant is the former Kysiran space which is small, intimate, and a perfect setting for us,” explains Greenstone.

Emmy Squared’s menu is anchored by signature red and white square shape pies such as The Colony topped with pepperoni, pickled jalapeños and honey, The Emmy made with banana peppers, red onion, ranch, and a side sauce as well as burgers such as the Le Big Matt featuring double-stack grass fed beef patties, American cheese, greens, pickles and Sammy Sauce.

A second Emmy Squared is slated to open in Washington D.C.’s Navy Yard later this year.“

More Stories
School of Rock coming to old Palena space in Cleveland ParkToday’s Rental was picked because it’s a “Great Community for Animal-Lovers!” Or is it?