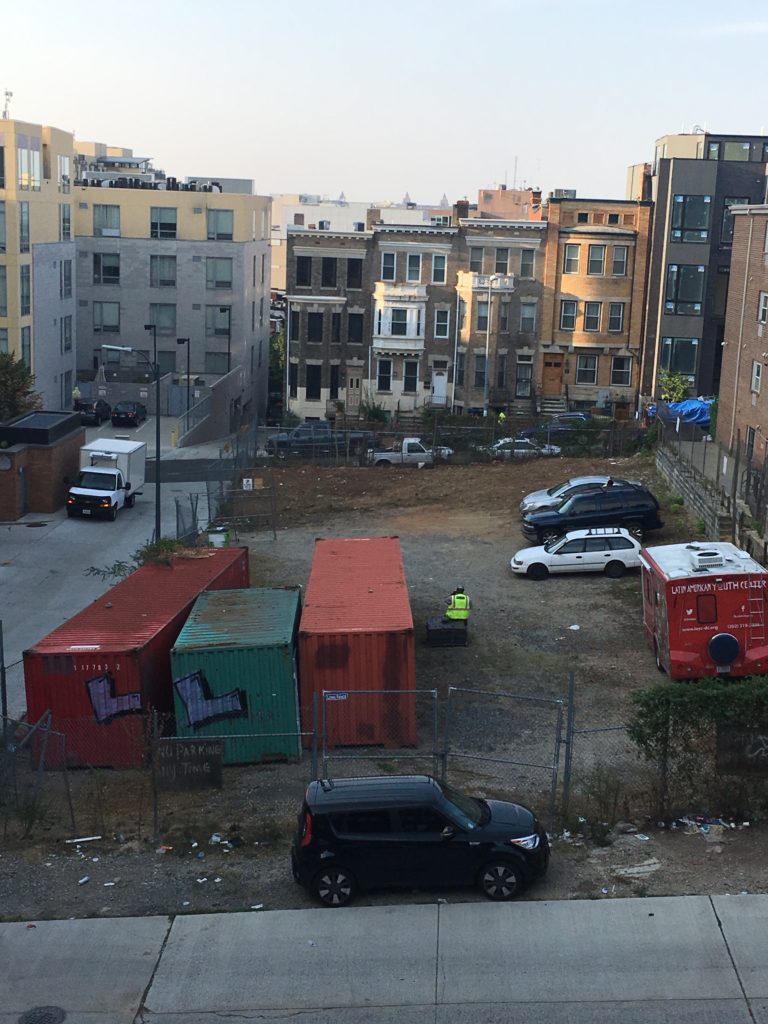 Ed. Note: Maybe they are using it as a staging ground or for part of the Ward 1 Short-Term Family Housing being built.

Hoping that the PoPville community can weigh in to help us figure out what’s happening with an empty lot behind our place. Between Chapin and Belmont off 14th St there’s a lot that has been overgrown (to the point where it caught fire on the 4th of July two years ago from some kids shooting fireworks into the brush) and unoccupied for the better part of three years, with three shipping containers as its only occupants (plus about a thousand rats).

In the last few weeks there have been some new movements. It was previously fenced and chained off, but one of the fences got opened and people have started parking in there, mostly working vans but some personal cars too. Then the weekend before last, a crew of guys came in and cut down all the overgrown plants. It was chained up again this morning but people are already back in there parking. We’re really curious what’s going to happen back there and if there’s a plan to build something there, move those containers, raze it, or what. How do we find out and does anyone know what the plan is?”