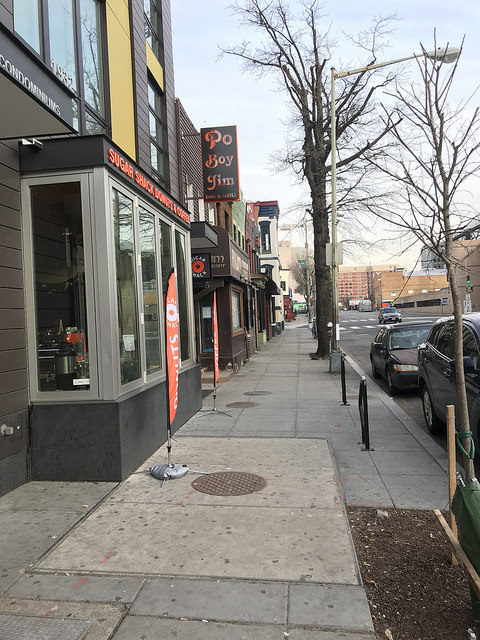 Thanks to Erin for sending:

“It looks like a Po Boy Jim’s is opening up a second location in the former Axum Ethiopian restaurant. Looks like a great addition to the neighborhood. Next to the Shaw Sugar Shack.”

Back in March of last year we first learned that H Street, NE’s Po Boy Jim would be opening up a second location in Shaw on 9th Street just south of U Street.  The original Po Boy Jim opened on H Street back in July 2014. Check out their menu here.