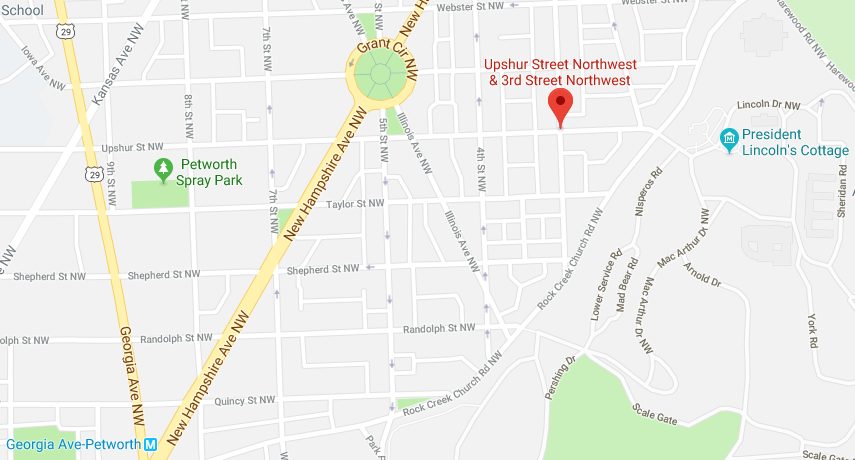 “There was a shooting in the alley behind 3rd Street, in between Taylor and Upshur Streets around 10 AM this morning. The victim was hit. Cops are at the scene now but I haven’t seen anything put out by MPD yet. Add this to the shots fired on 3rd street last night.”

“I just drove through that area on the way to work at 10am or so, cops everywhere, Upshur St blocked off, detectives rushing to scene, crying and exclaiming women in the alley.”

“On Wednesday, December 13, 2017, at approximately 1010 hours, members of the Metropolitan Police Department’s Fourth District were dispatched to the alley rear of the 300 Block of Upshur Street, NW, for the sounds of gunshots. Upon arrival on the scene, members located an adult male suffering from apparent gunshot wound. He was conscious and breathing. DC Fire and Emergency Medical Services were summoned to the scene and transported the victim to an area hospital for treatment.

Look out for: a B/M with dreads, driving a gray minivan with a broken driver side window with a trash bag converging the window.

Anyone with any information involving this offense please call 202-727-9099.”