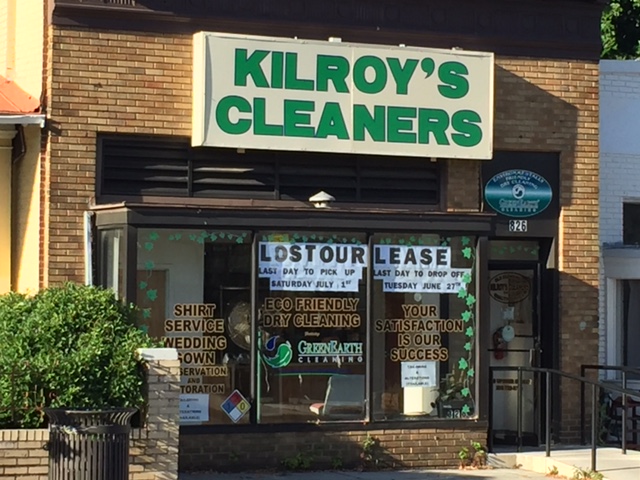 Thanks to Mark for sending:

“I asked inside if the lease had increased beyond what they could afford and the woman behind the counter said, “no, they’re going to build condos”. So I’m guessing a couple of things: owner of the building sold and the ubiquitous four up and several back glassed front rectangle will be built in the nicely developing business strip on Upshur. Shame as there doesn’t appear to be another decent dry cleaner in Petworth, the one on Georgia near Safeway getting 1.5 stars and bad bad reviews. And Upshur has been developing a very nice strip of small local shops and good restaurants.”

Anyone else hear development plans?

When I lived in Petworth I had a love/hate relationship with Kilroy’s but in the end they won me over. They will be missed. Now the day Philip’s Shoe Repair closes is the day I and many others will truly weep. May it be many moons from today. Baruch Ha’shem.