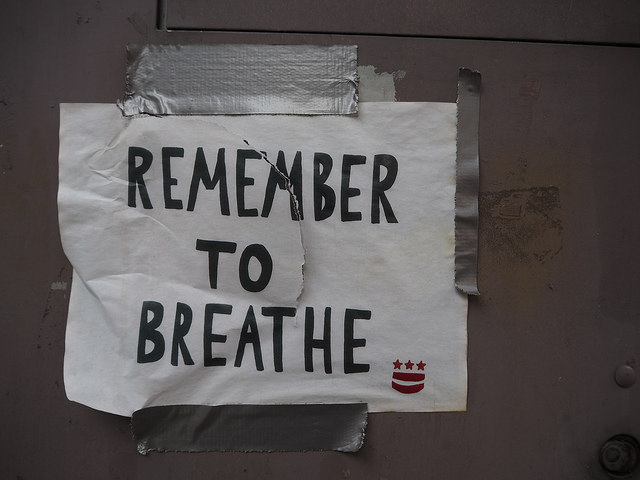 An incident happened this morning around 7:30am while attempting to board a 70 bus. Below is the message I submitted to WMATA. I certainly understand that bus drivers have a schedule to keep and they need passengers to keep moving, but the reaction today seemed cruel when it meant leaving a family by the side of the road. On the other hand, it was rush hour, people have places to be, and being a bus driver is often a challenging/thankless job. What do others think? Should I have confronted the driver, or was he just doing his job?

“This morning WMATA employee, “Mr. B”, pulled over at the intersection of Farragut & Georgia Ave NW. Myself and a family of 5 were waiting. It took the family approximately 15 seconds to collect themselves (gather strollers, etc.). I was waiting to let them get on the bus when Mr. B shut the door in their faces. I ran up and knocked on the door and the bus did not stop.

I subsequently ran and chased the bus down at the next stop. I verbally confronted Mr. B who said “I stopped and no one moved”. This is false. We were all moving towards the doors, but it took the family a brief amount of time to collect their things. It was clear to everyone, including a crossing guard at the intersection (who also yelled at the bus as it drove by), that we wanted to get on. If nothing else, the driver should have realized this fact when I knocked loudly as he was about to pull away.

All this taught me was that in the future bus drivers expect me to go against common decency and push in front of families, children, and the elderly. Is that really the lesson we want to give to those using our transit system?

Lastly, I will note that in the confusion of the moment I initially forgot to pay my fare and then declined to pay it when Mr. B demanded as I exited the bus. If WMATA contacts me, I will pay the fare, as I’m a steadfast supporter of public transportation in the D.C. area.”

Read more →
More Stories
Violent Robbery 10:45am “All four suspects continued to strike him as one suspect removed property”Photos from PoPville – Georgetown Glow