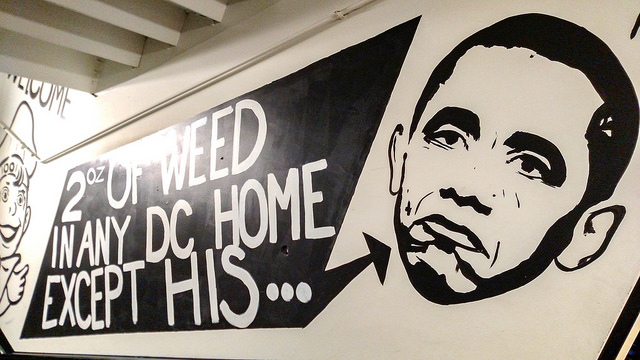 Capital City Care in Truxton Circle was just named Best Marijuana Cultivation Supplier in the WCP Best Of awards. I had to laugh, a lot, remembering all the fuss the neighborhood made about this establishment opening and how it would simply destroy any progress made toward cleaning up the neighborhood. Since construction completed, I’ve yet to see a single person enter or leave the establishment. At one point they had to switch to hours by appointment only due to lack of demand. Obviously the corner down the street at NY Ave remains exactly the same as it’s been for ages.

Now, the dispensary is offering this sweepstakes:

OPEN TO WASHINGTON D.C. RESIDENTS WHO HAVE VALID REGISTRY IDENTIFICATION CARDS AND ARE 18 YEARS OR OLDER AT THE TIME OF ENTRY. VOID WHERE PROHIBITED. SUBJECT TO ALL APPLICABLE LAWS.

PRIZE: The prize winner will receive:

I’m really curious what PoPville thinks of this. I honestly don’t know what to make of it.”