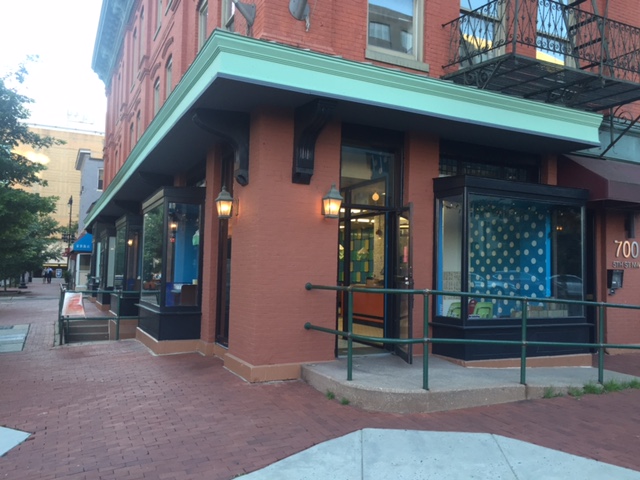 “The talented team behind celebrated DC-based Japanese eatery Daikaya Ramen & Izakaya – including partners Daisuke Utagawa, Executive Chef Katsuya Fukushima, and Yama Jewayni – are thrilled to announce that their first of two additional Japanese eateries slated to open in the District this year – Bantam King – is officially opening to the public for dinner service at 5pm tomorrow – Friday, June 10th, 2016. 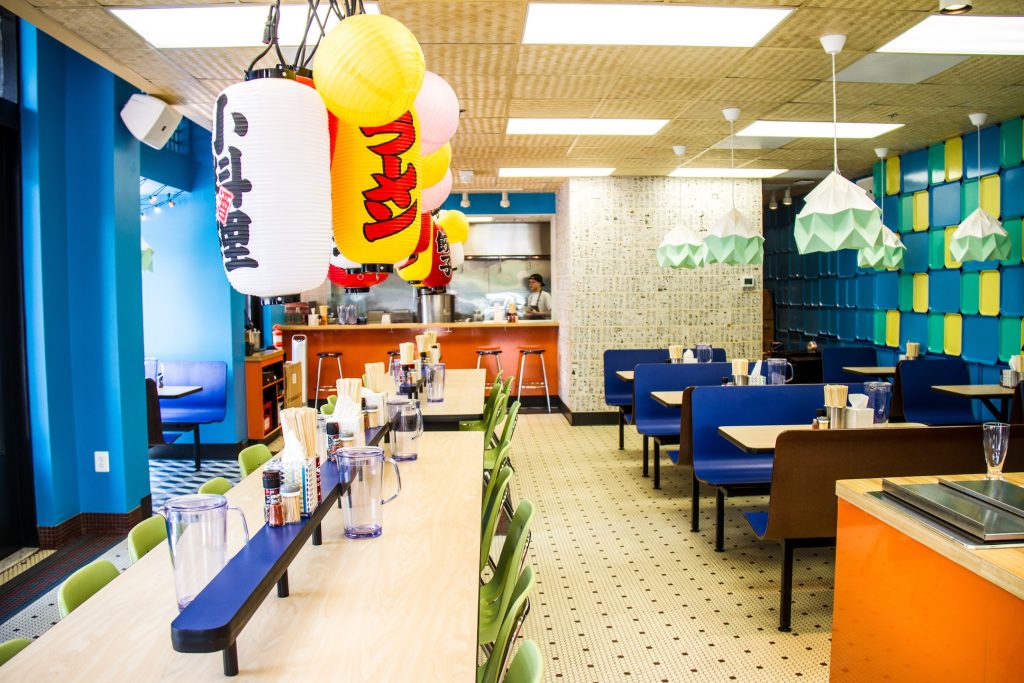 Executive Chef Katsuya Fukushima will be debuting a fresh new line-up of Japanese ramen at Bantam King, this time with a focus on chicken. Ramen options will include a limited selection of Chintan – a clear chicken broth that is similar to a clear delicate consommé – such as Shio Tori Chintan Ramen, Shoyu Tori Chintan Ramen, and Miso Tori Chintan Ramen. The Chintan ramen will be served on a daily basis with rotating options on a first come first served basis. 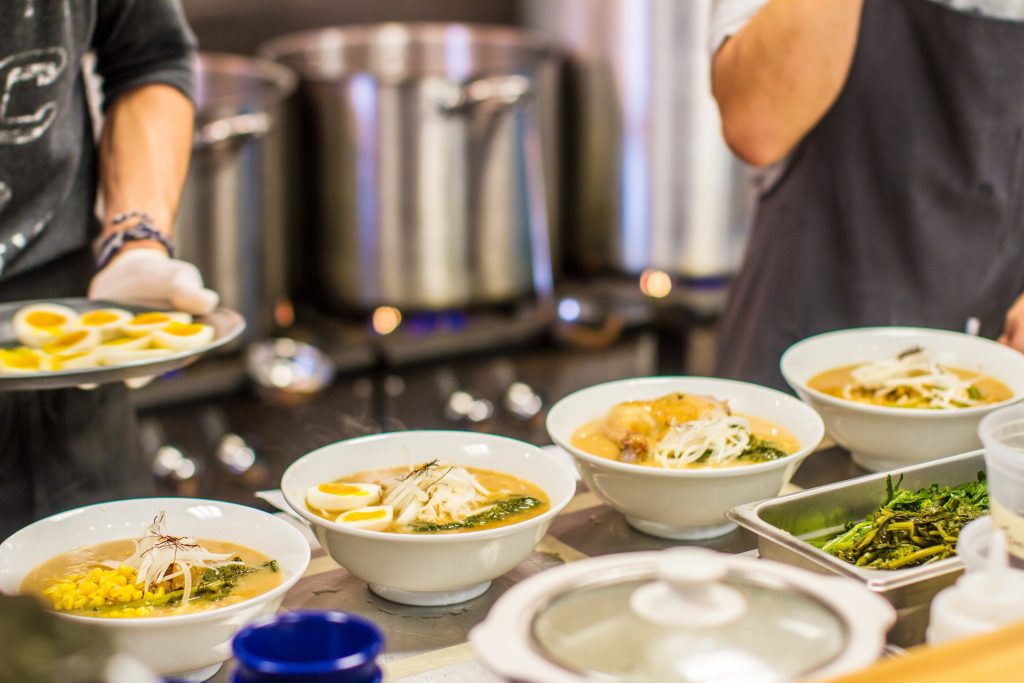 Bantam King will also offer up an assortment of Paitan ramen – a tonkotsu style chicken broth that is milky, emulsified, creamy, and rich – with daily options including Shio Tori Paitan Ramen, Shoyu Tori Paitan Ramen, and Miso Tori Piatan Ramen. Chef Fukushima will also be serving up one vegetarian-friendly ramen option, Sui Gyoza – boiled chicken dumplings with chili oil – and his take on fried chicken of which will only be available family-style ($24) arriving to the table on a silver platter complete with a rotating assortment of fixings including coleslaw, mac & cheese, Japanese potato salad, biscuits, corn on the cob, baked beans, and mashed potatoes, amongst others. 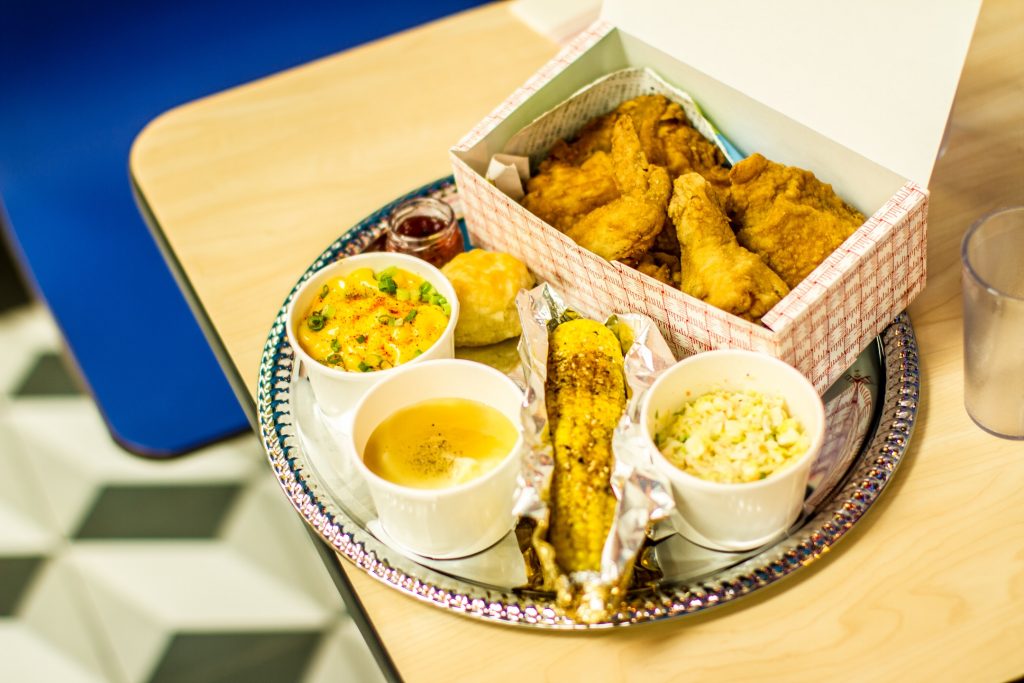 The beverage program at Bantam King is whimsical featuring an assortment of soft drinks including UCC Hawaii Kona Blend Coffee, Yoohoo Can, Tab Soda, RC Cola, Green Tea Can, Calpico Can, Melon Crème Soda, and Ramune Original, to name a few. And for alcoholic beverages, Bantam King will feature an assortment of boozy beverages ranging from Japanese beer, craft brews, a selection of sake and shochu, and the team is also considering offering up a cocktail or two on draft in the near future. 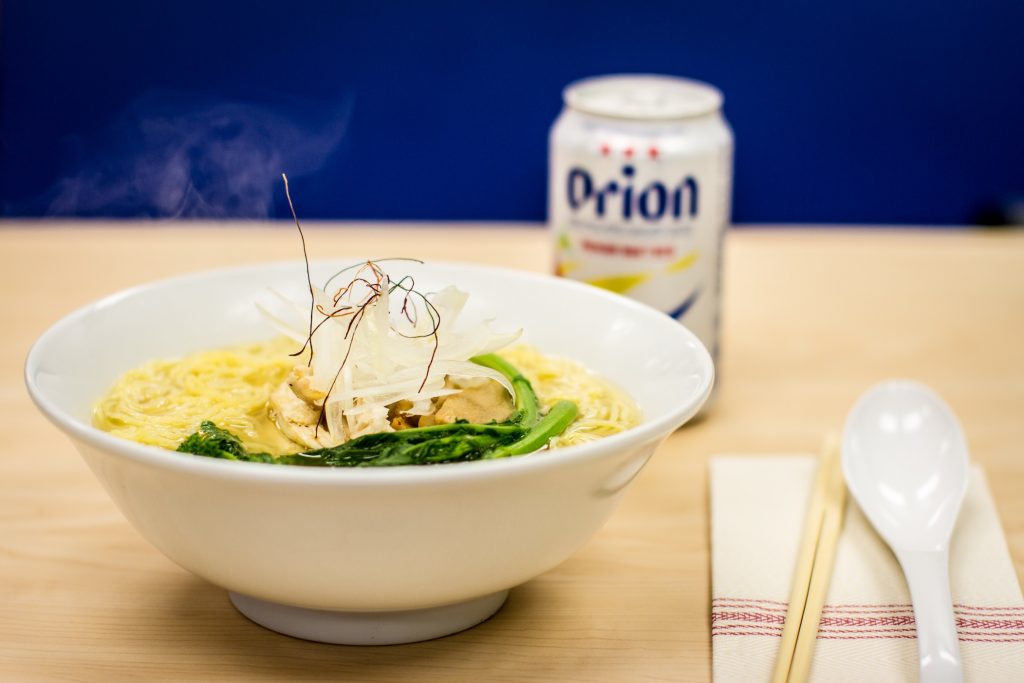 “Following two separate research and development trips to Japan – first seeking inspiration first Daikaya Ramen & Izakaya, and next for Haikan – a spontaneous opportunity arose for us to open a 3rd Japanese ramen shop after noticing and experiencing an increase in the popularity of chicken ramen shops in Japan”, says Daikaya partner Daisuke Utagawa. “The timing was right after we received word that a space located just around the corner from sister eatery Daikaya Ramen & Izakaya in Chinatown was available, and after eating hundreds of bowls of chicken ramen, we decided we wanted to proceed with opening Bantam King in DC offering ramen-lovers a brand new twist on ramen. And it was extremely beneficial having our extended teammember Brian Miller of EditLab at Streetsense join us for both R&D trips as he was truly able to capture his experiences with us in Japan from a design-focused perspective infusing a unique vision for us at Bantam King.” 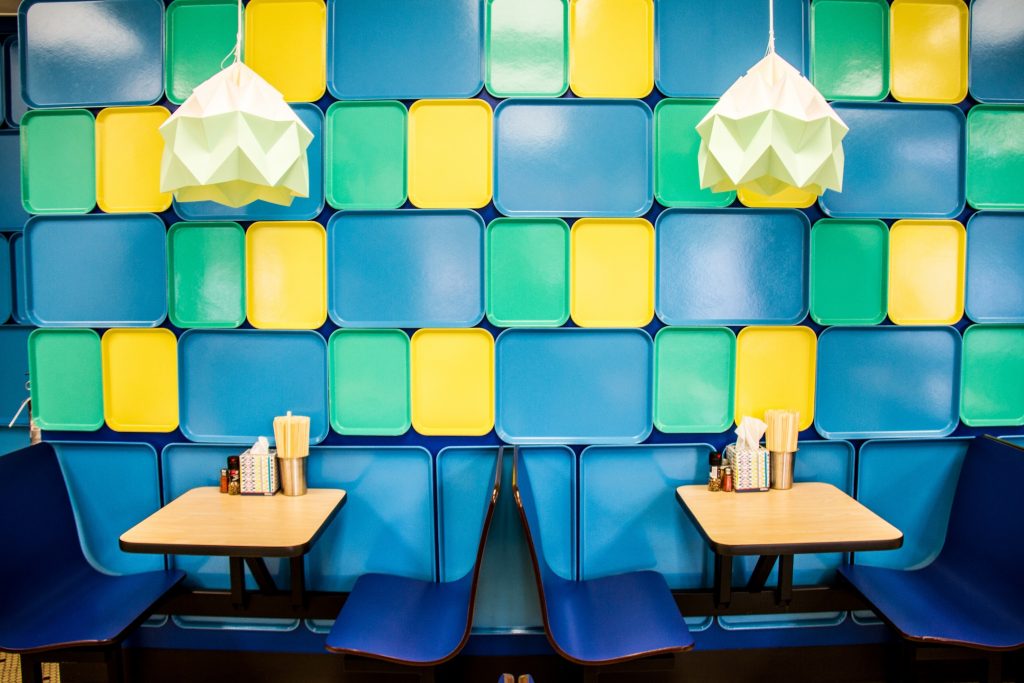 “Many ramen shops in Japan make do with what they have – the shell of an old restaurant, an odd location tucked in the corner of a stationery store, the lobby of an office building”, said Brian Miller, Director of Design Strategy & Interior Architecture with EditLab at Streetsense. “While Daikaya was built from the ground up, Bantam King takes advantage of an old Burger King location cut in half. We kept what we could and patched what we had to, filling in an old stairwell and torn out kitchen walls with new tile and covering ceiling panels in woven bamboo. Wood grain plastic laminate tables are truly Japanese, only missing the worn through patches acquired after serving thousands of bowls of ramen. Reflecting the tiles lining Daikaya’s ramen bar, we lined a wall with cafeteria trays in blue, yellow, and green. The lighting is a mess – there are fluorescent ceiling lamps, pleated paper shades, multicolored Christmas lights, and chochin lanterns. There’s a lot of color and a lot of pattern, a Japanese approach in DC.”

Bantam King will open on Friday, June 10th offering dinner service only to start, but plans on launching lunch service in the next few weeks. Additionally, Chef Fukushima and team at Bantam King hope to launch a late night menu in the future utilizing the small carry-out window.