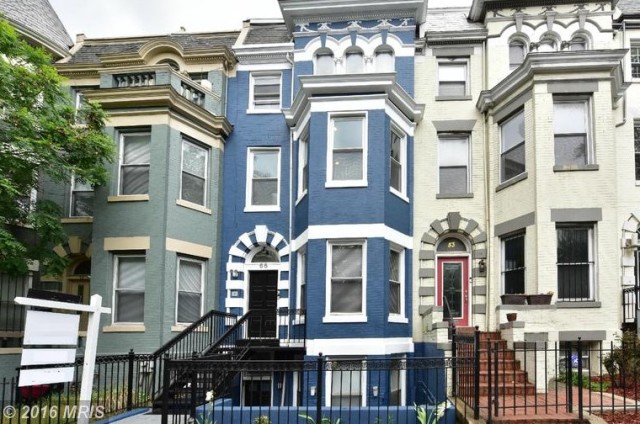 Hipchickindc (aka Suzanne Des Marais) is an associate broker with Bediz Group, LLC at Keller Williams Capital Properties . Unless specifically noted, neither she nor the company that she is affiliated with represented any of the parties or were directly involved in the transaction reported below. Unless otherwise noted, the source of information is Metropolitan Regional Information Systems (MRIS), which is the local multiple listing system and/or Real Estate Business Intelligence (RBI). Information is deemed reliable but not guaranteed.

The Bloomingdale neighborhood is located at the east edge of the NW quadrant of DC. Boundaries are defined by Florida Ave NW to the South, North Capitol Street to the East, Channing Street to the North (across from the McMillan Sand Filtration Development Site), and 2nd Street NW to the West.

In recent years, Bloomingdale has enthusiastically welcomed locally-owned restaurants and bars, including Red Hen, El Camino, Boundary Stone, Showtime, and several others. Besides the small pockets of commercial activity on Rhode Island Ave NW and North Capitol Street, Bloomingdale is comprised of primarily residential property and is known for its iconic Victorian row house architecture.

As an illustration of the change in density in the neighborhood, it is interesting to note that prior to 2002, there was one condo ownership building in Bloomingdale. The sales of 70 Rhode Island Ave NW, the first post-2000 condo conversion, began in December 2002. Less than fifteen years later, there are numerous condos, which range from large Victorian houses that have been divided into two or more units (like the subject property), to new construction or converted multi units. While the units in larger buildings tend to be flats, condos in converted houses are often bi-level duplexes with more than 1000 square feet of living space.

The listing agents for this sale were Alex Venditti and Jill Patel with Compass. Seth Turner, also with Compass, represented the Buyer.