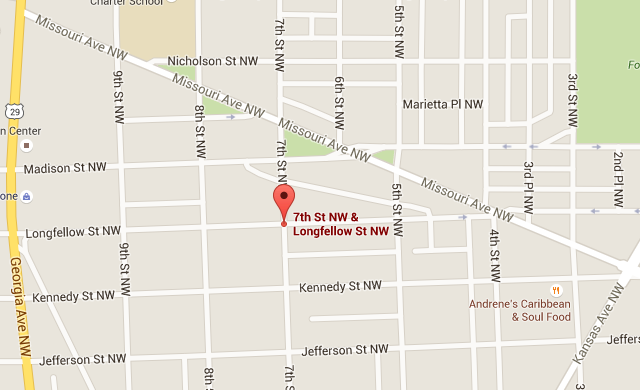 “I was working from home today when at 2pm, I heard 6 or 7 shots and looked out my office window to see someone run down the street towards me, jump into a car with 2 or 3 others, and speed away.

I called 911 and was able to give a description of the guy running, the car, and a plate number. 10 minutes later one cop car had driven by but none had stopped at the shooting site. I called again and while I was on the phone a few patrol cars showed up. They taped up the entire intersection, and when I walked down to tell these guys what I had told the dispatch person (not trusting that information would actually get through that quickly), they had identified several shell casings on the ground and said they were still looking for whoever might have been injured. The cop I spoke with was nice enough, but gave me zero confidence that even with a full plate and description of the car that these guys would be found. He suggested it was “probably a rental.”

I literally called seconds after the shooting occurred, gave a pretty decent description, and was able to tell the cops what direction the car drove in. I have no idea if other units were sent to look for the car, but it felt like finding the car wasn’t the priority. The cop I spoke with actually said “we’re still looking for the guy he may have shot.” Which, I don’t know, if he’s not at the scene, and only 10 minutes has passed, where could he be?? I’m frustrated because this is only a few weeks after another mid-day shooting in the immediate vicinity (7th and Jefferson) and while I suppose I understand that when there’s no one actually bleeding in the street the incident gets bumped down the priority list accordingly, it would be nice for them to show a little urgency.

I’ll be interested to see if they call me back or if anything comes of it, because I don’t know how on earth they expect to catch any of the people committing these absurd, random, idiotic shootings in the middle of the day when they can’t catch the guy for whom they get a description and a plate number.”